Rise Art showcases original work from some of the world's leading contemporary painters. Whether creating large or small scale paintings, abstract or photorealistic, our roster of painters offer something for every collector.

Our curators have put together a selection of leading contemporary painters who continue to shape, push forward and distinguish the modern art world. 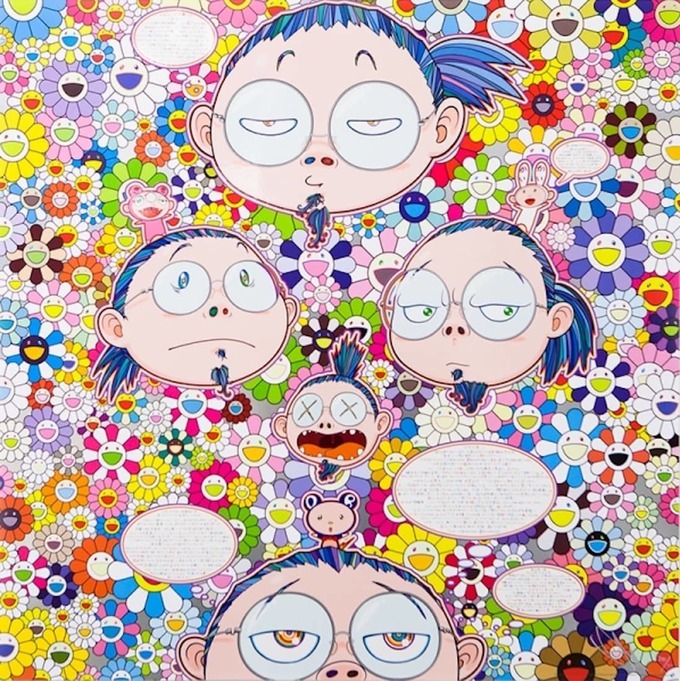 Self-Portrait of the Manifold Worries of a Manifoldly Distressed Artist, 2016, by Takashi Murakami

Named among Rise Art’s Top 5 Asian Artists and founder of the Superflat movement, Takashi Murakami has been making waves in the contemporary art sphere for over twenty years.

Drawing on the visual dimensionality of Japanese graphics and Fine Art, he surveys the shallowness of consumer culture. His signature over-exposed symbols of pop culture and distinctly bright cartoon motifs, now recognised worldwide, are an intelligent, visionary interrogation of modern life. Controversial yet globally respected, Takashi's post-modernist crusade has vehicled a distinctly unorthodox, new Fine Art, one manga-inspired painting at a time. 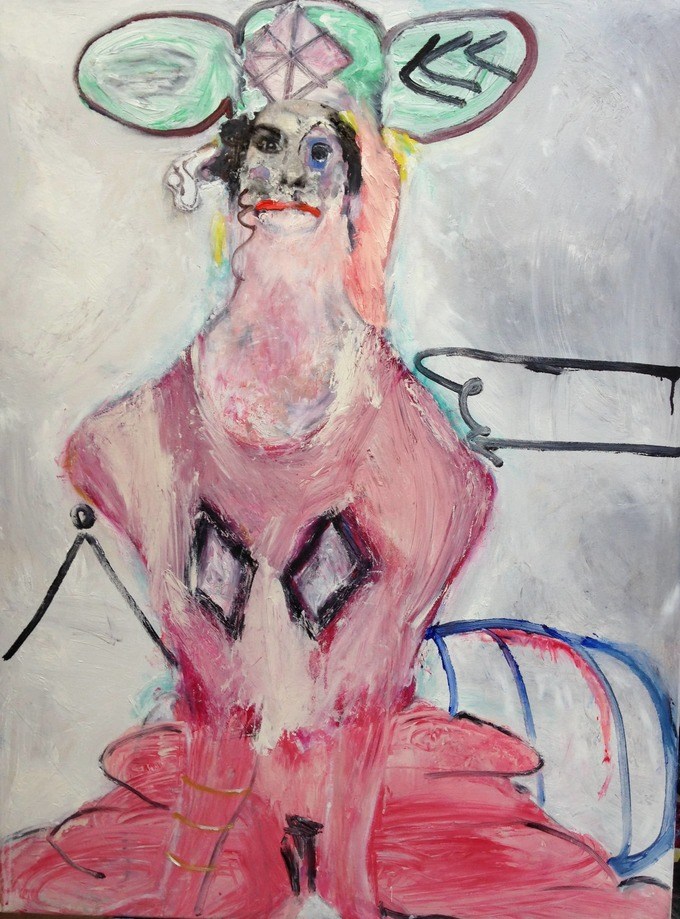 Lancashire-based avant-gardist, Joe Hesketh is known for her wild semi-abstract paintings, which interpret life as a young woman in 21st century Britain. The artist uses humour to highlight the ridiculousness of enduring patriarchal standards and raw, at times hostile, colour palettes to explore themes of transgression and the grotesque.

On a par with Francis Bacon, Paula Reago and Willem de Kooning in style, Joe Hesketh is celebrated for her out-of-this-world but all-too-familiar look at male domination and female oppression through an expressive take on figurative painting and sculpture. 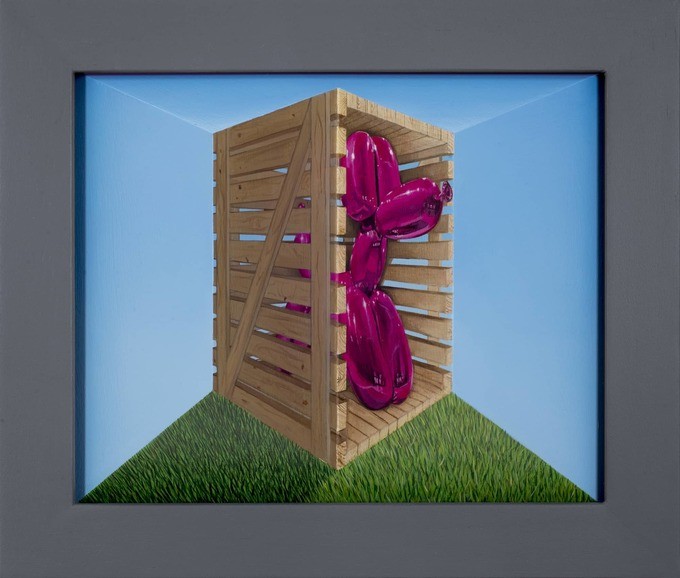 Dog in a Manger by Patrick Huges

Patrick’s famous three-dimensional abstract works continue to have an enduring influence on how we perceive space and perspective in art. 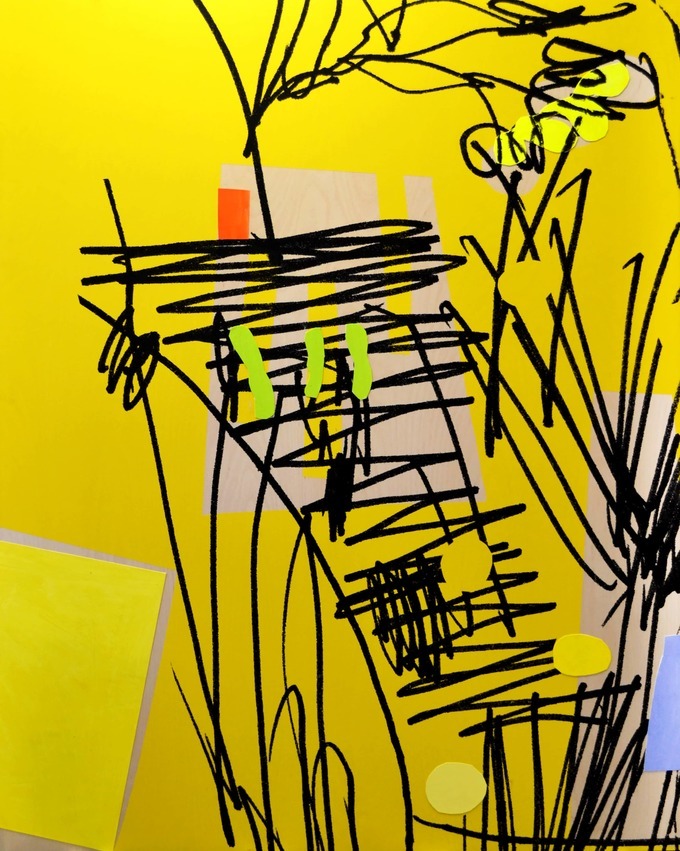 By the age of 27, Scottish artist Bruce McClean had already had his first solo exhibition at the prestigious Tate Gallery, London. Bruce is an artist with many hats. His oeuvre extends from humorous photographic series - most famously mocking the so-called pomposity of Henry Moore sculptures in the 70s - to bright and botanical mixed-media paintings in the 00s.

Whether condemning the time-honoured conventions of art or simply enjoying an expressionistic display of colour, his projects never fail to surprise, delight and provoke deep thought. 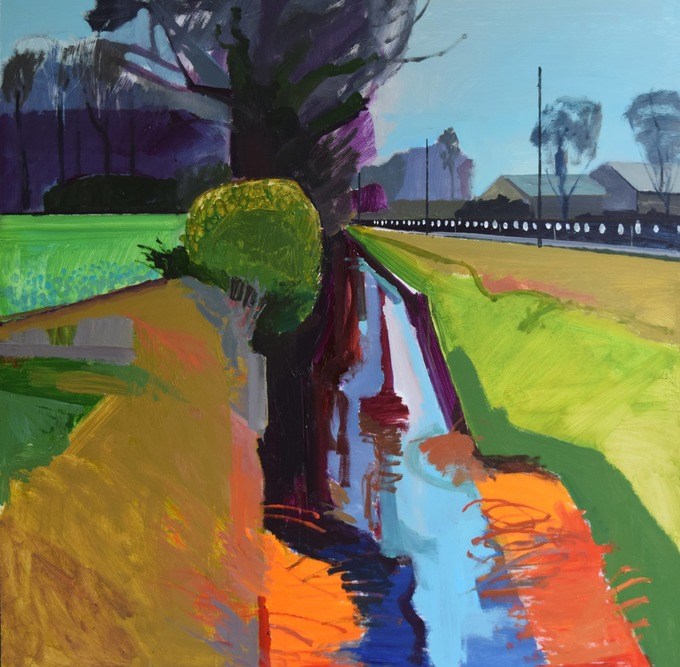 Fred Ingrams was expelled from art school. You would never guess, though, viewing his curious and characterful landscape paintings. Fred, inspired by the East Coast of England, paints landscapes with the same emotion and consideration as one would a portrait of a loved one. Bursts of chaos combine with smooth, slender lines in works such as Windy Day on Hales Fen.

It is perhaps unsurprising that Francis Bacon immediately fell for Fred’s work. In love with their vibrant and tender disorderliness, the master of abstract figures purchased one for himself.

As you read this, many skilled and extraordinary artists are working hard to perfect their craft and bring refreshing, thought-provoking works to the table. Here are a few emerging artists set to make history. 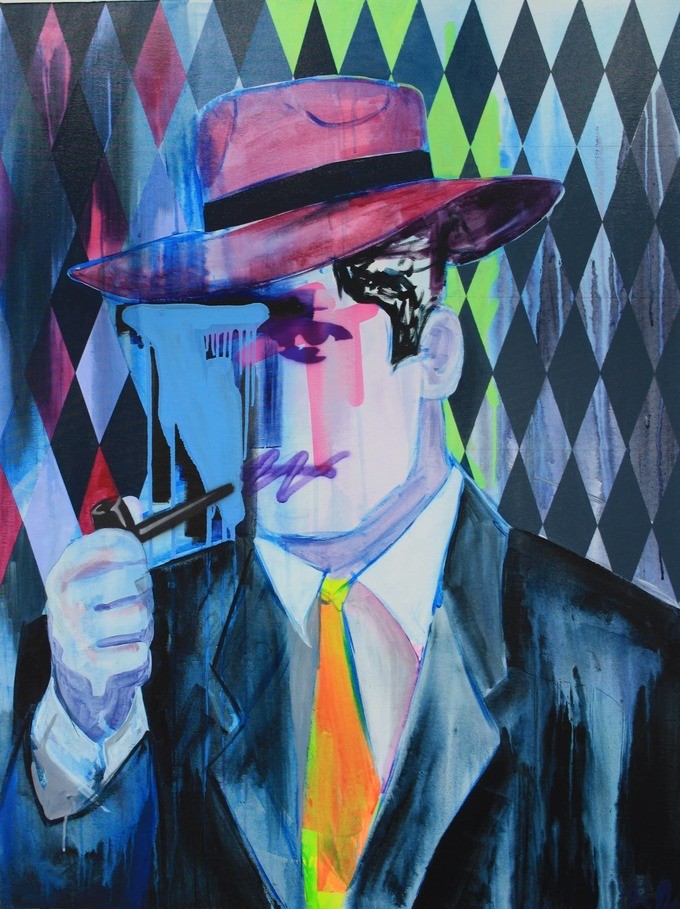 Also experimenting with bright, saturated colour palettes is abstract painter Tim Fowler who, rather than achieve literal representation, endeavours to capture something more profound in his art. The angular appearance and deconstructed forms of his figures have graphic and street art echoes. The artist intersperses a signature soft, pink hue throughout his paintings, too, bringing a certain warmth and intimacy to scenes and challenging toxic masculinity. 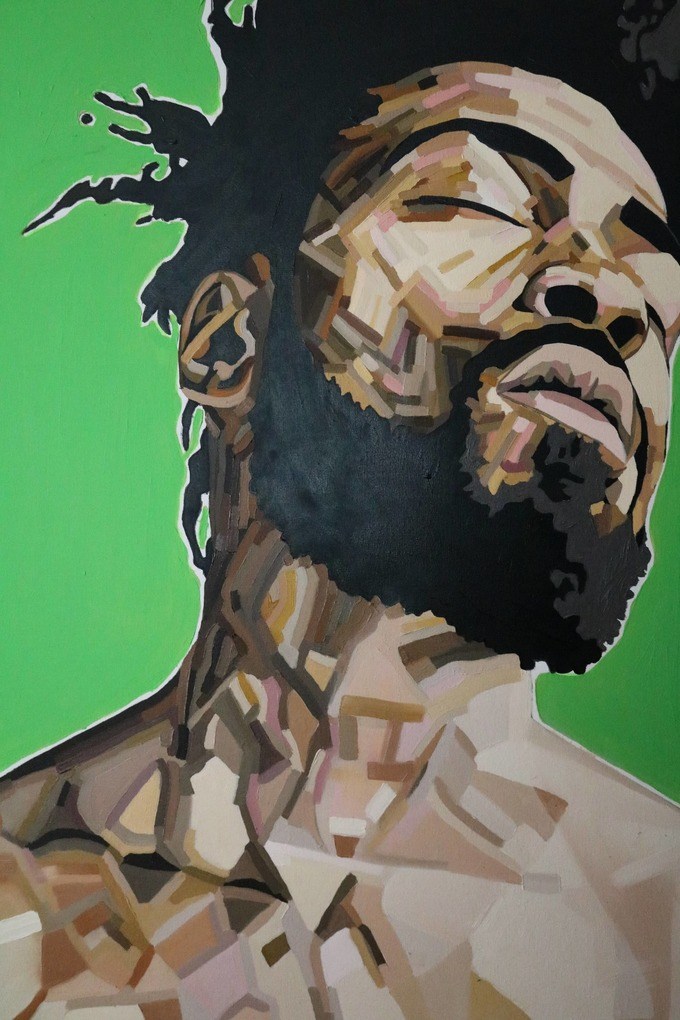 Emerging contemporary painter Mikela Henry Lowe explores the diversity and idiosyncrasies of Black Women in her beautifully rendered, patterned female portraits. Employing striking bold colours and relaxed, beckoning subjects, these works demand to be seen and respected. Her spell-binding portrayals of Black women are an ode to the colourful, heterogeneous nature of Black culture and female identity. 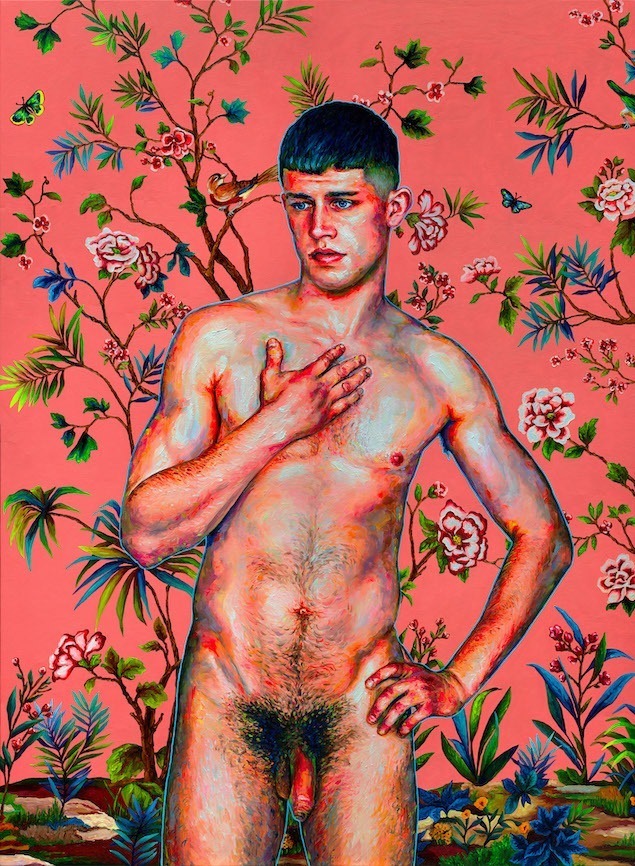 I Swear It Wasn't Me, 2020, by Oleksandr Balbyshev 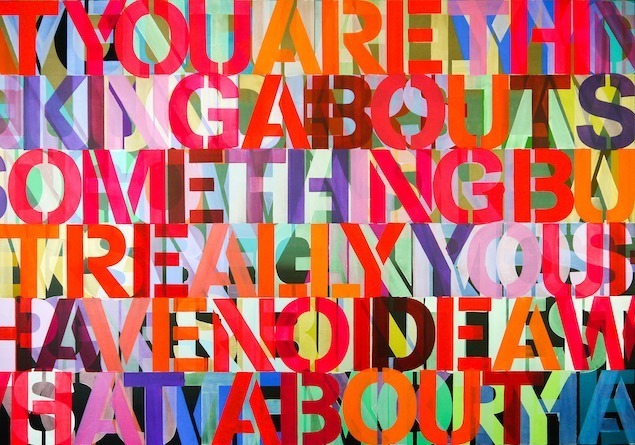 After dipping her toes into creative waters, Niki Hare seemed to vanish from the art world. Some 20 years later, following a successful career in equestrianism, the artist returned with gusto. Working with a wide range of media, Niki deconstructs the world around us, presenting it from multiple angles and often exploiting Street Art and Abstract Expressionist vibes. She unhinges the ordinary, instilling it with impermanence and imbalance. 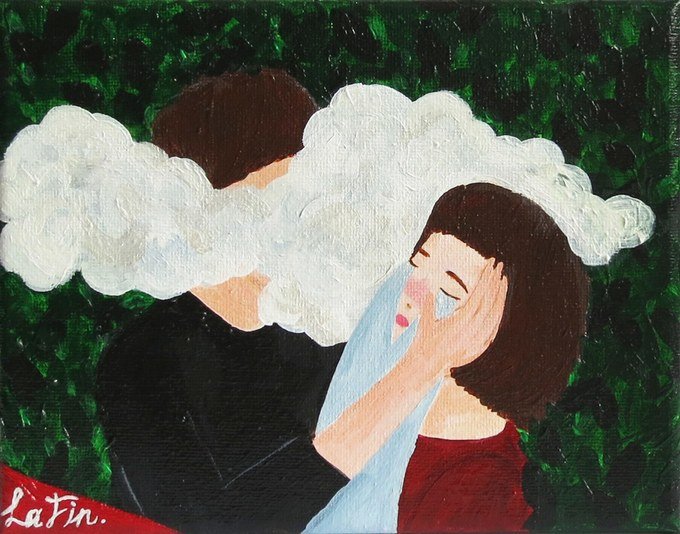 Singaporean portrait artist Li Shan Chong explores the emotional fragility in all of us. Listed among Rise Art’s Top Global Artists Promoting Diversity Through Portraiture, her paintings not limited to any material or subject. They are as diverse in context as they are bold in colour and emotion.

Metaphorical paintings of crying Atlas-like subjects, carrying the world on their shoulders, make visual the feelings we often fear exposing and provide for a cathartic release.