Here are 7 contemporary LGBTQ+ artists who are challenging art history’s canon and celebrating queerness through their art.

Through portrait photography Ming de Nasty reflects on how members of the LGBTQ+ community self-identify. Their current and ongoing project Queer Country features individuals living in Mid Wales; among them is fin, who identifies as a “transnational rural queer femme boy”. The artist’s sublime, sun-drenched portraits of figures connected to the earth celebrate queer experience beyond urban life and equate it with the idea of the “natural”. 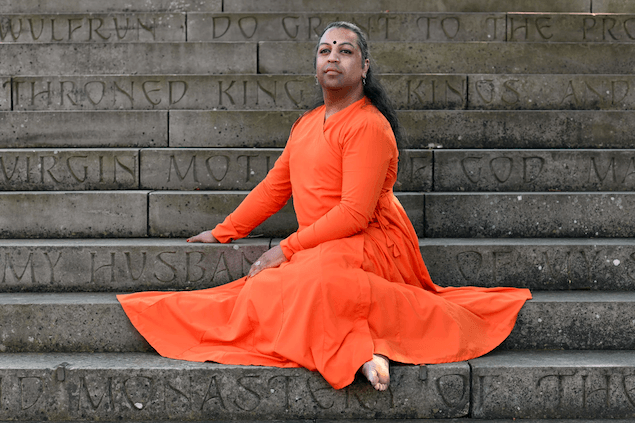 In Kate Groobey’s work, the worlds of fashion and electronic music collide. Her paintings and videos are also informed by her feminist observations on art history: reclaiming women from passive, reclining poses, instead she pictures them dancing or exercising in playful positions and colourful costumes. As the artist has explained: “In one of the ‘Pure Pleasure’ films, ‘Give Me What I Want’, my heroine challenges us, telling us she’ll give us what we want but only if we give her what she wants. She’s making sure that we know that her pleasure is as important as ours.” 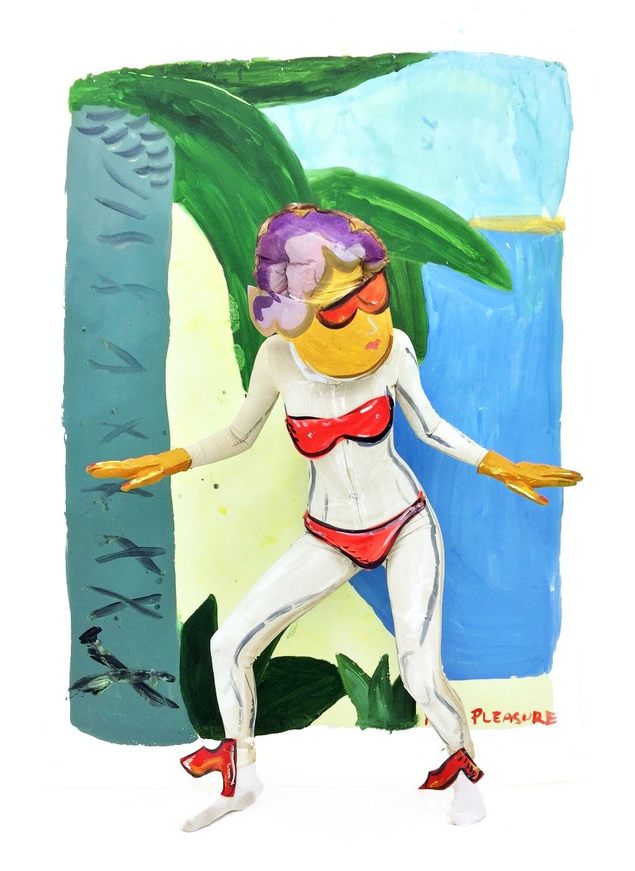 In his work Ukrainian artist Olkesandr Balbyshev challenges what he refers to as the traditional “white straight men only” club of art history. Instead of depicting nude women as the site of desire, he portrays the “beautiful male body” through evocative oil paintings such as Red Nude (Study). The artist surrounds his figures with sumptuous material embellished with decorative effects, in a nod to his Ukrainian heritage and as a play on floral patterns’ associations with femininity. Evoking the vulnerability and sensuality of his subjects, Balbyshev redefines what it means to be male. 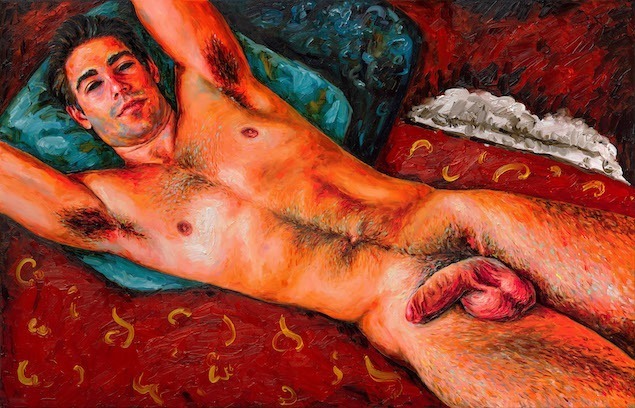 Daniel Fountain primarily works with textile processes and found objects to explore the theme of queer identity. They exploit the marginalised status of craft in art history to interrogate their own similar subject position as "other". Assimilating discarded, unwanted and unloved materials, Fountain makes a poignant mediation on bodies that are "refused" in society. Simultaneously, they give agency to these materials, seeking to recuperate them into a source of empowerment and strength that is often playful, but no less political. 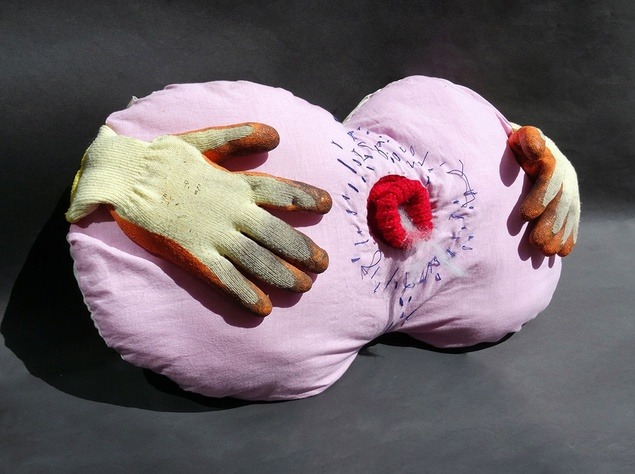 STUFFED by Daniel Fountain (courtesy of the artist)

Catherine Opie uses her camera to present America's subcultures, from friends in Los Angeles’ lesbian community to queer couples in their homes. Dusty belongs to her High School Football series in which she recognises the vulnerability of players at a moment of transition, between youth and adulthood; her subjects appear both warrior-like and boyish, challenging the cliché of the fierce male athlete. As she has reflected: “If I were to pass judgment on, say, football players – that they were the asshole kids who used to beat me up in high school – that's not really true... As a culture, we load the politics of masculinity and power and all these things onto them." 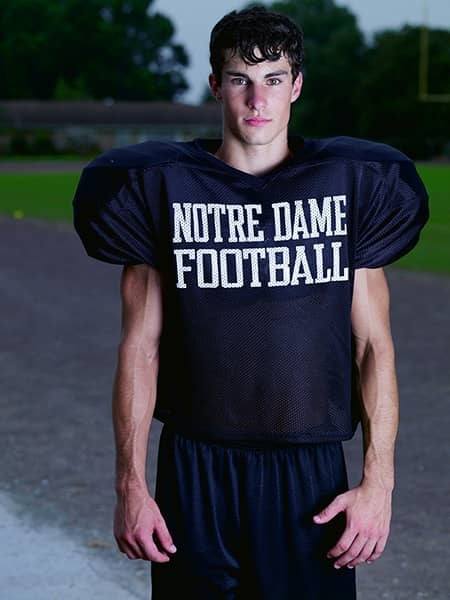 Zanele Muholi describes themself as “a visual activist” who, since the early 2000s, has documented and celebrated the lives of South Africa’s black lesbian, gay, trans, queer and intersex communities: “My mission is to re-write a Black queer and trans visual history of South Africa for the world to know of our resistance and existence at the height of hate crimes in South Africa and beyond.” By representing LGBTQIA+ individuals as brave beauties, defined by grace and monumental power, Muholi creates positive visual histories for this under and mis-represented community. 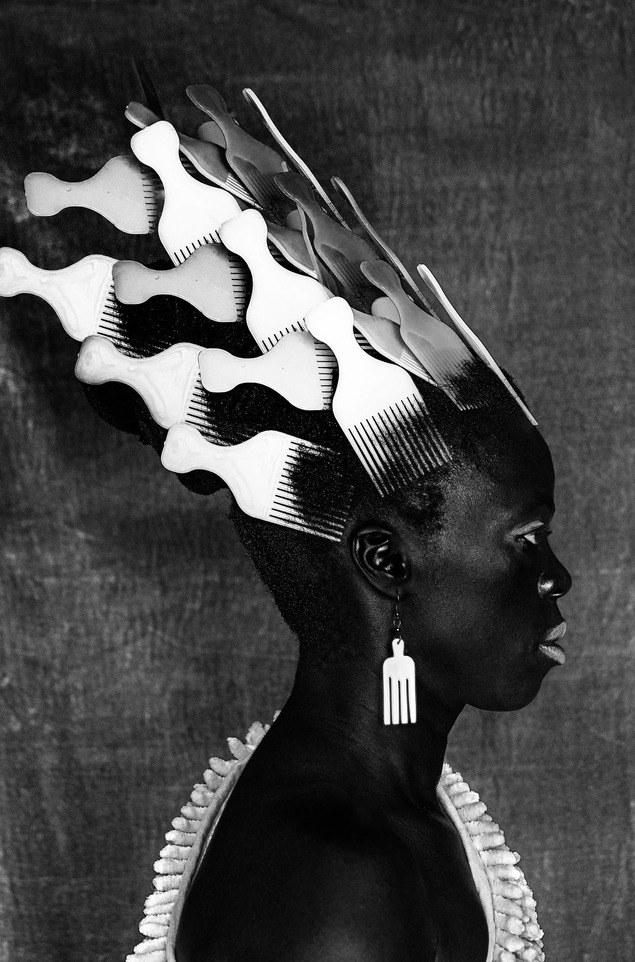 Lex Barberio is a queer, New York-based, Miami-raised artist who “grew up seeking and believing in magic”. Today, that magic serves as the foundation for cinematic conceptual photography through which she uplifts the LGBTQIA+ community, demanding understanding from the people outside of it. For the series The Ambisextrous, Barberio photographed her model three times, as masculine, androgynous and feminine. She then blended the images together, through lenticular printing, to create works which flip from one image to another in a celebration of gender fluidity. This collection will be on display from May 1st to June 22nd at Lex's solo exhibition at the Museum of Modern Art Long Island. 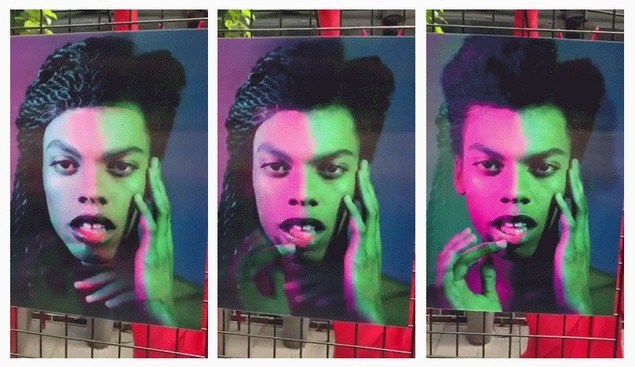