Throughout history, artists have been commissioned and inspired to make portraits of people. Many of these artworks have indulged in – even created – reductive stereotypes of race, gender, sexuality and class. Today, however, many artists are reclaiming the portrait to uncover the true complexities of identity. Here are 10 contemporary artists who celebrate and promote diversity through portraiture.

Toyin Ojih Odutola is a Nigerian-American visual artist, whose intricate portraits, created with a black ink pen, are ‘drawn stories’. Interested in the topography of skin as a marker and metaphor, Odutola renders Black bodies like polished bronze; each figure holds their space with power and presence. Her recent portrait of Zadie Smith for the National Portrait Gallery is the first of a woman with an afro in the London gallery. 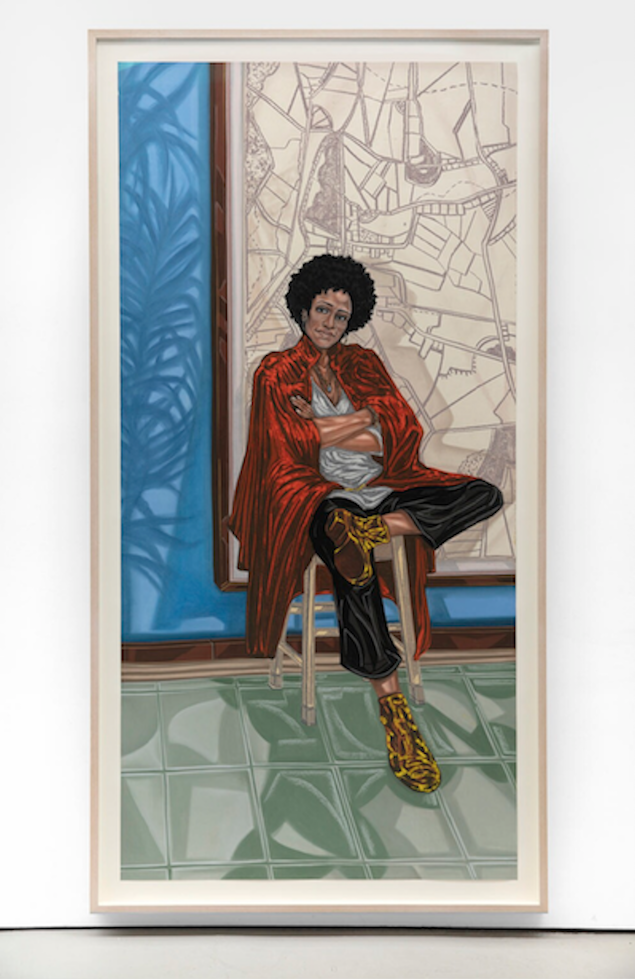 Singapore-based artist Lishan Chong uses portraiture to explore the emotions which many of us hide from view. She presents human fragility in honest, tangible terms; many of her figures are seen crying. Painted in bold colours, however, there is a cathartic quality to the outpouring of emotion in these images. 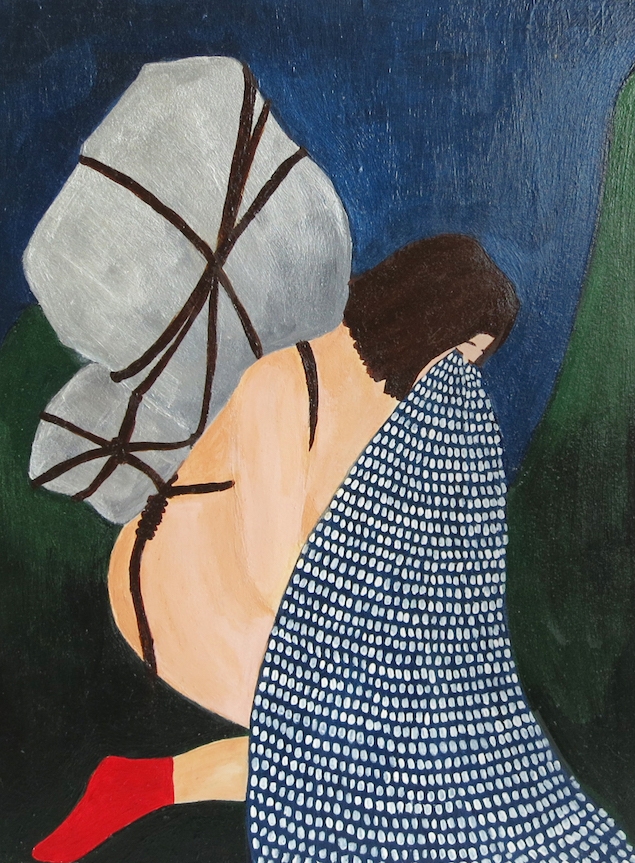 Jenny Sampson's portraits of female and non-binary skateboarders in California celebrate counter culture and represent women beyond gender stereotypes. As the artist has revealed: “I quickly grew to love girl skaters – they were so cool, so tough, so fearless, and clearly breaking down gender barriers.” Using tintype photography, Sampson turns her subjects into stars, and they will be immortalised in her upcoming book ‘Skater Girls’.

This portrait is of Tracie Gargacochea, who feels a sense of belonging within the skate community: "I see myself as a skater, although my sport is called WCMX. It stands for Wheelchair Motocross. I am the oldest competitor in my sport at 60 and still will skate and compete as long as possible in order to show that having a chair can be a plus... I am very self-sufficient in the park and that is respected." 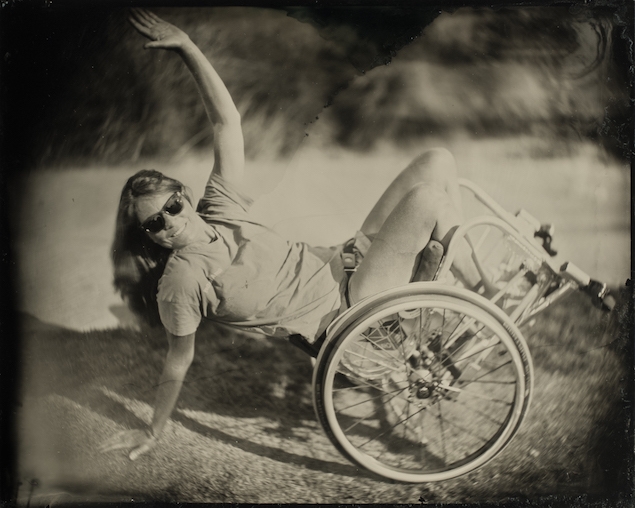 Nelson Makamo paints expressive portraits of young children from his small hometown in South Africa. Rather than showing African children as passive victims of poverty – a motif which populates photography – he presents them as expressive, active and playful. TIME magazine, featured Makamo’s art on their 2019 cover, referred to it as “The Art of Optimism”. 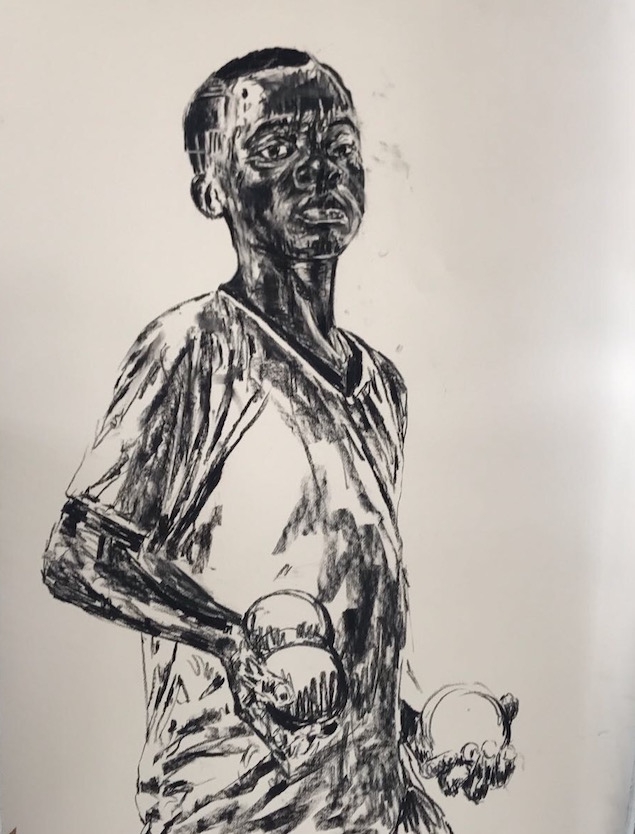 Farwa Moledina is British Muslim artist who uses photography and textiles to address issues surrounding feminism, Muslim women and faith. Taking the politically charged imagery of the hijab, she reclaims women from misconceptions, Orientialist fantasies and stereotypes; she unveils Islamic identity as far more multifaceted, reflecting on her own upbringing in both the UAE and the West. 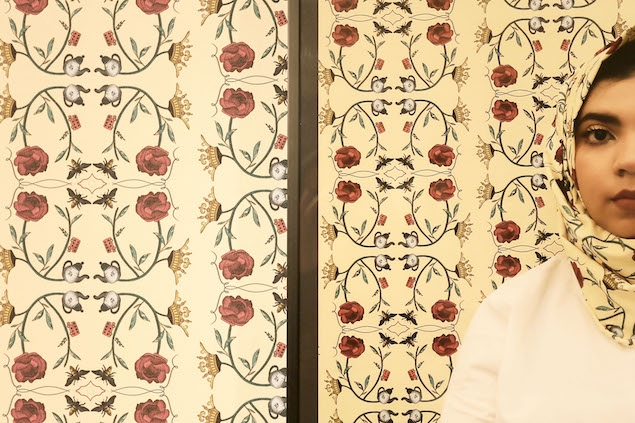 Self-taught photographer Christopher Smith uses self-portraiture to explore his identity as a gay man and break down the boundaries of masculine and feminine. As he has explained: “I remember that some of my earliest self-portraits, taken while I was in high school and still deeply closeted, seemed like the only way that I could privately express and see myself as the gay man that I knew I was. In them, I learned to embrace who I was on my own terms, expressing my sexuality, masculinity, femininity, and beauty — things that I buried or refused to see in ‘real life.’” 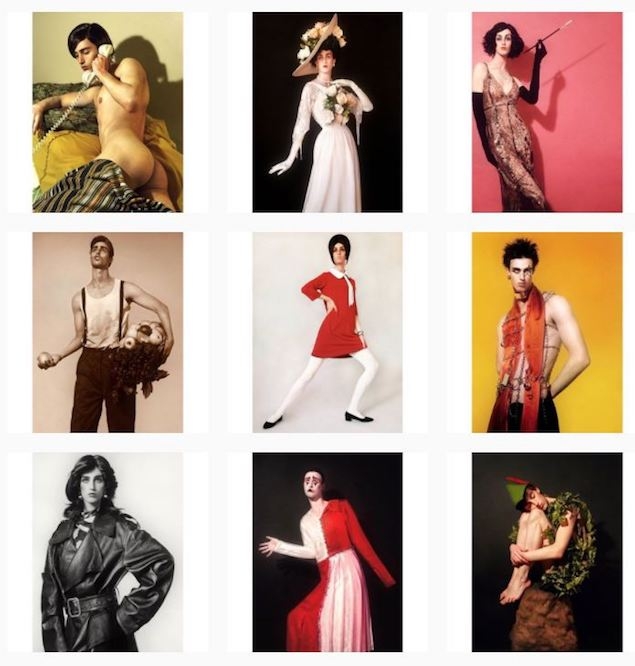 A compilation of works by Christopher Smith (@mechrissmith)

Throughout her photographic practice, Nilupa Yasmin explores notions of home, culture, identity and a sense of belonging. Drawing on her South Asian heritage, she weaves large-scale installations, within which are embedded striking self-portraits. In these interwoven images, Yasmin is dressed in various clothing, from her mother’s traditional wedding dress to headscarves and jewellery, layering her complex characteristics as a British Bengali Muslim woman. 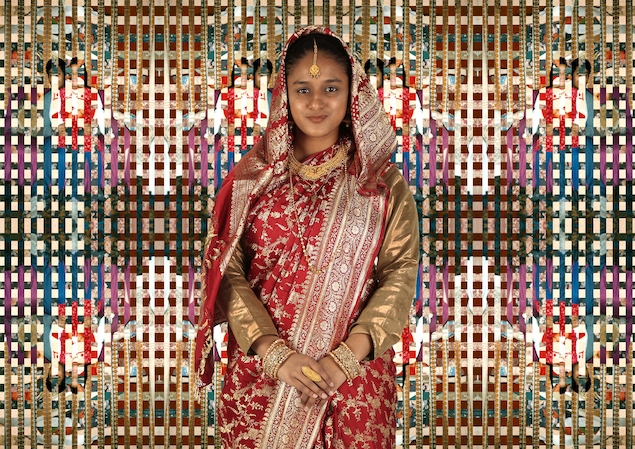 London-based photographer Àsìkò, who grew up in Nigeria, uses portraiture to celebrate the possibilities of African diasporic identity. His models are adorned in the motifs of Adire textiles of Nigeria’s Yoruba community, while wearing contemporary shoes, in a reflection of their composite heritage, stories, beliefs and pleasures. Using silhouette effects, Àsìkò frames figures, such as ‘Ijo’, in statuesque terms. 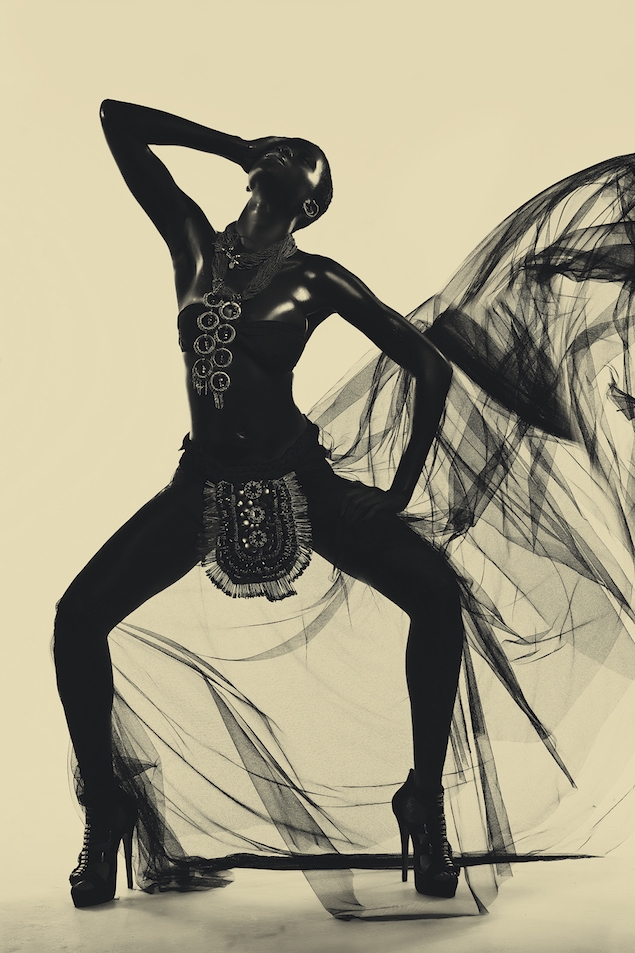 Liu Xiaodong’s large-scale Neo-Realist paintings document modern life in China. Intent on portraying ordinary people, from farmers to factory workers, Xiaodong pictures his figures in everyday settings, both rural and urban. “When I paint someone, I want to capture their environment, their living state. I want to show the personal story behind the image of the person,” explains the artist. 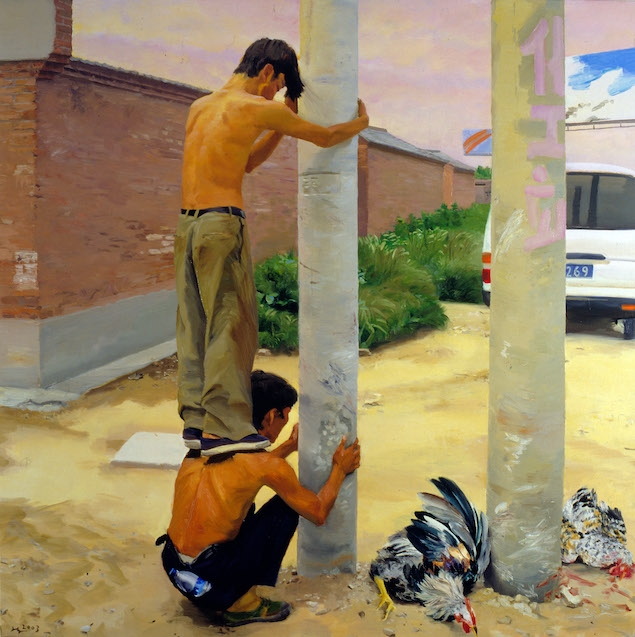 Getting Chickens, 2003, by Liu Xiaodong (courtesy of Lisson Gallery)

Savana Ogburn is a photographer, collage artist, and set designer based in Atlanta, Georgia. Ogburn uses bright colours and textures to explore femininity, camp, and queerness. ‘Eve’ is a theatrical, all-trans reimagining of the story of Adam and Eve, featuring Iv Fischer, Marie Snider and Mystery Meat. Ogburn’s dream-like, queer fantasies celebrate “otherness” and embed it within art history. 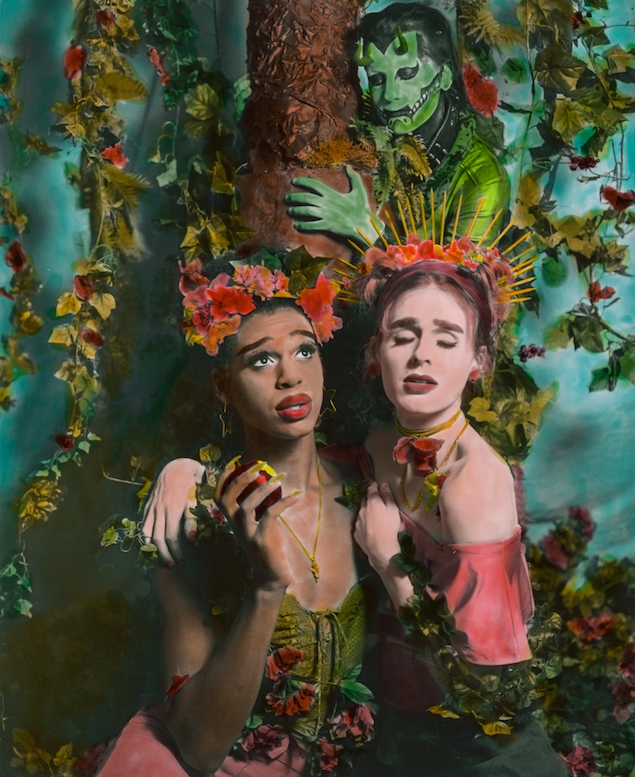