The USA has been home to some of the most influential artists in recent history and continues to shape contemporary culture and define the western world. The home of Hollywood, the birthplace of Beat poetry and the country responsible hip-hop, jazz music and everything in between, America’s influence is ever-expanding and covers limitless forms of artistic expression.

American visual artists have led the way for modern and contemporary art since the late 19th century. From Whistler to Warhol, and Rothko to Rauschenberg, American artists are among some of the most recognised in the world. 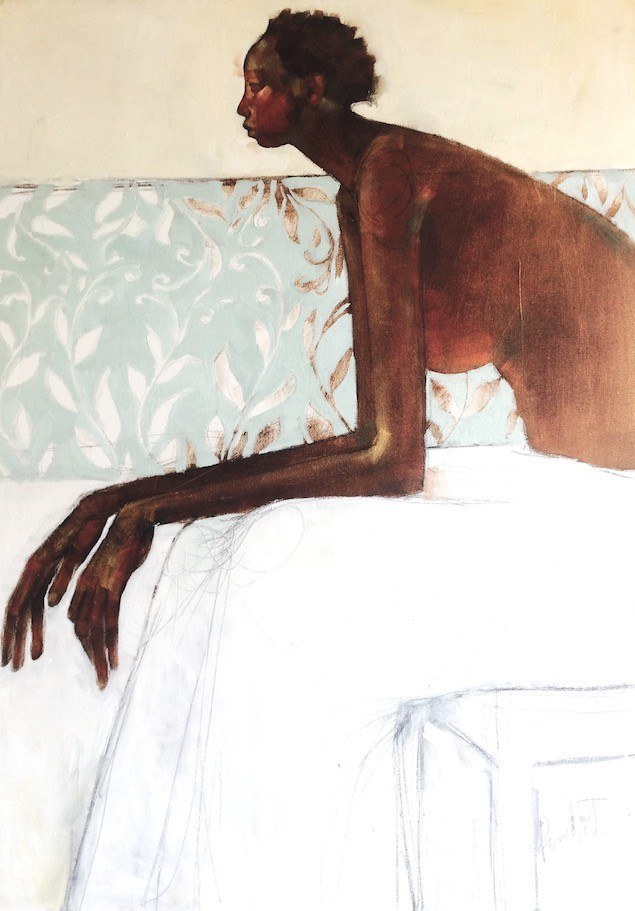 The 20th century is generally credited as being a pivotal moment in the course of art history.  So many of these changes came about in the USA, specifically in New York City. Over the space of 50 years, Pop Art, Abstract Expressionism, Conceptual Art and Colour Field painting, to name a few, have emerged from American’s east coast and taken the world by storm. From the success of these cultural-defining movements came museums such as MoMA and The Metropolitan Museum of Art, which remain two of the most celebrated and important art institutions globally.

At Rise Art, we showcase emerging and established American artists working across painting, sculpture, photography, installation and beyond. Amongst our artists are an range of styles, from the Expressionist paintings of Lisa Kellner and Matthew Dibble to the Minimalist works of Janise Yntema and Tina Mammoser. To help you explore some of the most exciting American artists working today, we have curated Rise Art’s Top 5 Contemporary American Artists.

Geoffrey Ansel Agrons is an American photographer who works primarily in black and white to capture melancholy and dramatic landscapes. The rural American landscape is a constant source of inspiration to Geoffrey, from the lingering frost on trees in winter, to the smooth surface of a serene lake. 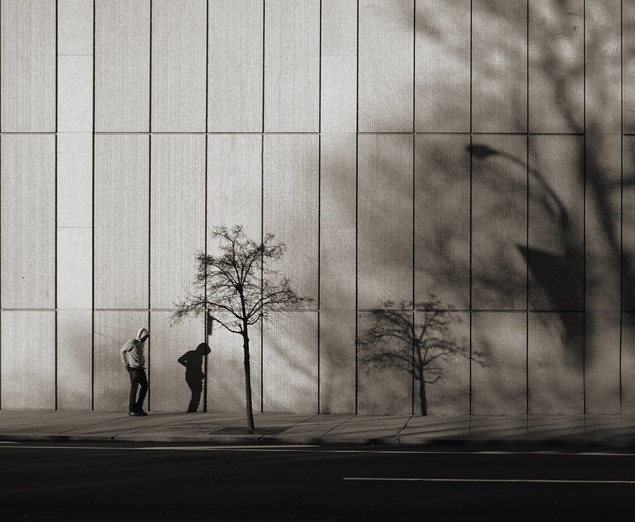 There is a distinct stillness to Geoffrey’s photography, in which the landscapes look quiet and entirely free from human presence. Together with the monochromatic quality of these images, Geoffrey records a variety of atmospheric landscapes that capture the intimate feel of open spaces.

Artist Olivia Pendergast grew up in rural North Carolina. She lived in LA and spent time working in the film industry before embarking on travelling further afield to Malawi, Haiti and Bangladesh. On leaving the USA, Olivia’s art developed and became focused around African village communities. Today, she is now most well known for her expressive portraits, her warm palette and her soft brushwork. Gentle and observant, Olivia’s paintings have a unique mood to them, or as writer Deanna Selene puts it, her “paintings hum”. 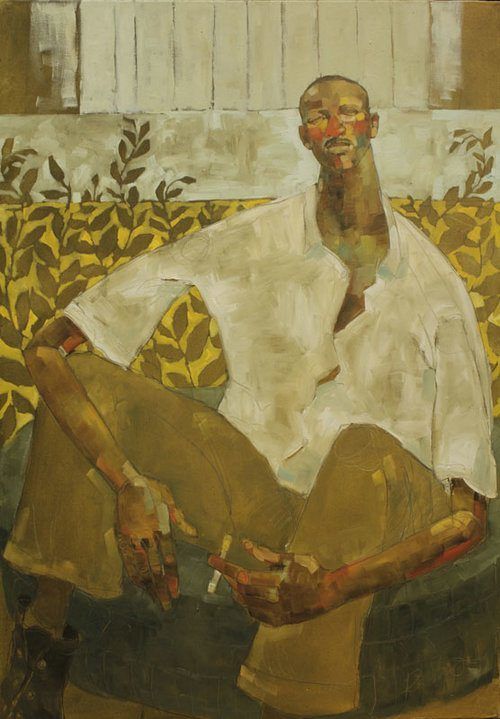 As well as being a success back in the States, Olivia’s oil paintings have gained her critical acclaim around the world. Her art is currently held in permanent collections in Kenya and in Utah, and have also been exhibited in Dubai, Ethiopa, Oklahoma and beyond. 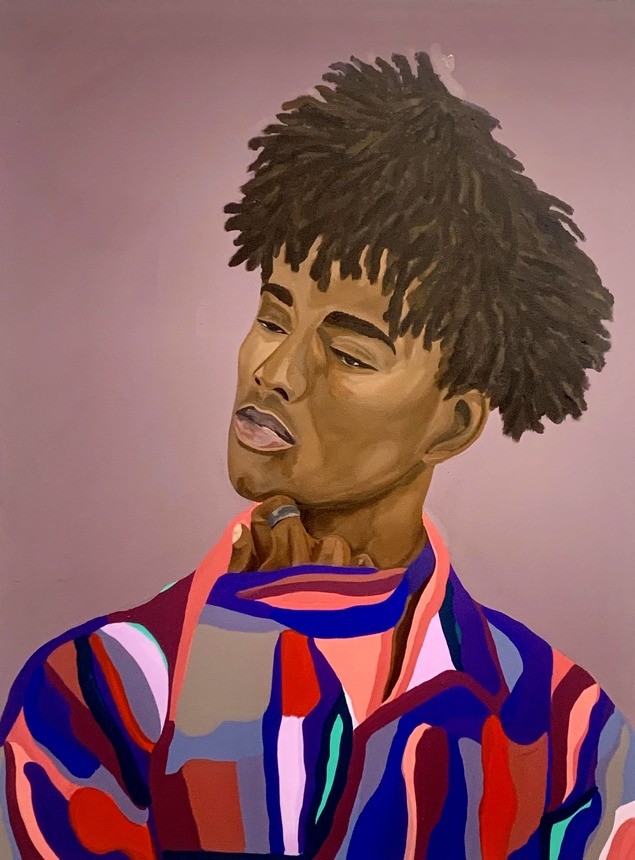 Barry is not classically trained, but uses his own life experience to inform his practice. Often delving into accounts of the Black experience with his paintings, barry addresses racial tension from the past and in the present. barry tackles subjects such as race, identity and masculinity in his art, not to act as a critique, but to encourage and ignite conversation.

Texas-born artist Katherine Lubar creates large scale striking geometric abstract paintings that explore the contrast between light and dark, and between negative and positive space. Although Katherine is now based in the UK, she still takes just as much inspiration from the American landscape as she does from her surroundings in England. 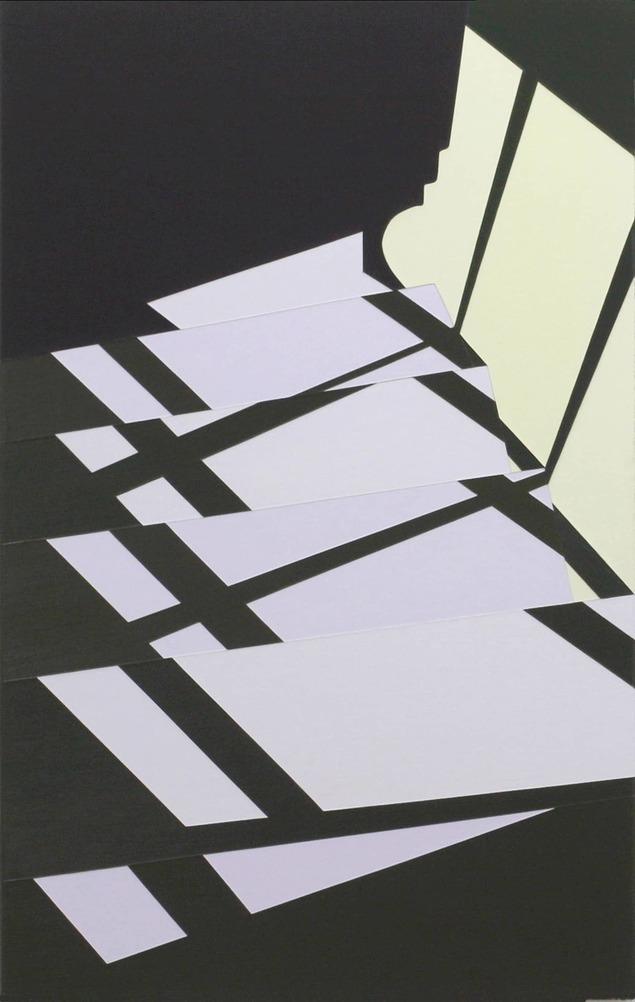 Characterised by sharp lines, repeated forms and just two or three contrasting colours, Katherine distinctly looks at depth and light in her art. Although essentially abstract, Katherine includes recognisable shapes and motifs to give her art an atmospheric and familiar feel.

Interdisciplinary artist Willie Nash is a born and raised New Yorker. Working across film, photography, painting and sculpture, Willie merges the old with the new to form intriguing and subversive works of art. Tensions sit firmly at the heart Willie’s creations as he seeks to creates pieces of art that are both unconventional and thought-provoking. 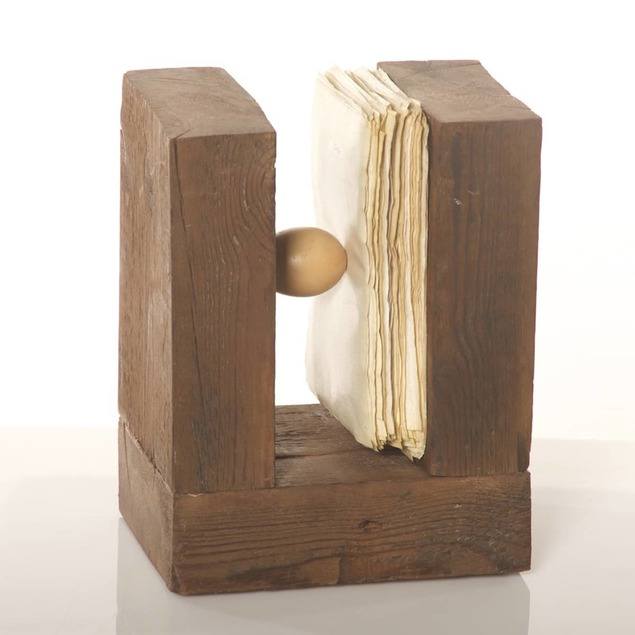 Willie’s abstract sculptures have an element of Surrealism about them, which is further enhanced by the title of each piece. I Was Wondering Naked, But Invented Braces and It Is the Watcher, Not the Dier Who is Poisoned are both ambiguous and specific. They do not hint at a singular aspect or particular theme of the art piece, instead they tell part of a story whilst simultaneously leaving it untold.