New to Rise Art, in partnership with TAG Fine Arts, is the exciting work of London-based illustrator Stephen Walter. 'The Island, London Series' sees Walter painstakingly create maps of each of the 32 London Boroughs. What appear to be traditional cartographic renderings are actually created from words, symbols and fleeting memories. 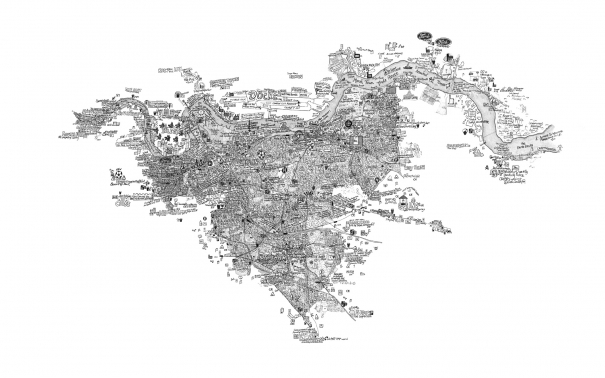 These detailed works force the viewer to contemplate the notions of space and place and the role that memory plays in our experience and interaction with our surroundings. At a time when all eyes are on the capital, Walter's alternative mappings are a thought provoking and at times humorous re-imagining of London's streets. 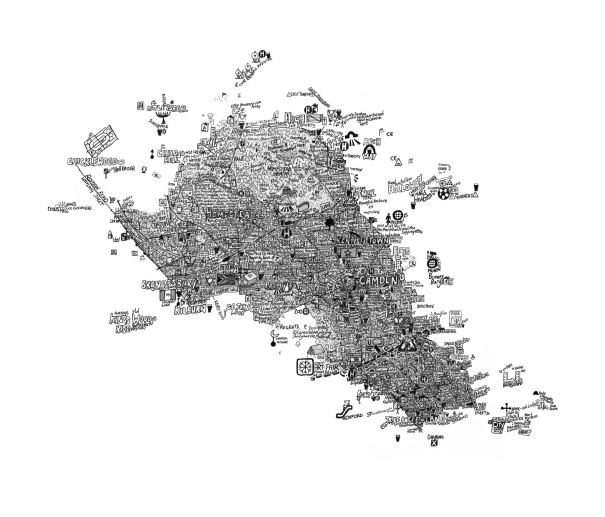 We spoke to Hobby Limon from TAG Fine Arts about commissioning the 'London Series' and what he finds appealing about Stephen's work.

"I've known Stephen for years and he said to me that I really had to go and see this piece, that he's spent 2 and a half years riding his bicycle around London to redraw London as an island. From that print, we worked together on the idea that he should painstakingly reconstruct the work into London's 32 boroughs so people can buy their own borough.

People have such an amazing affiliation with maps because they want to find where they live or where they work or where they met their partner so it's about connecting with and finding where you are on the maps.

There works are also quite indirectly political, there are some quite cheeky details involved in some of the works, if you look closely."

See more of Stephen's work on his Rise Art Profile.