When Did the Feminist Art Movement Begin?

The history of the Feminist Art movement as we know it today came about during a time of immense cultural upheaval. The 1960s were one of the most turbulent and divisive decades in history, crammed with civil rights movements, the Vietnamese War, protests and political assassinations. For many, it was a necessary period of change and renewal. 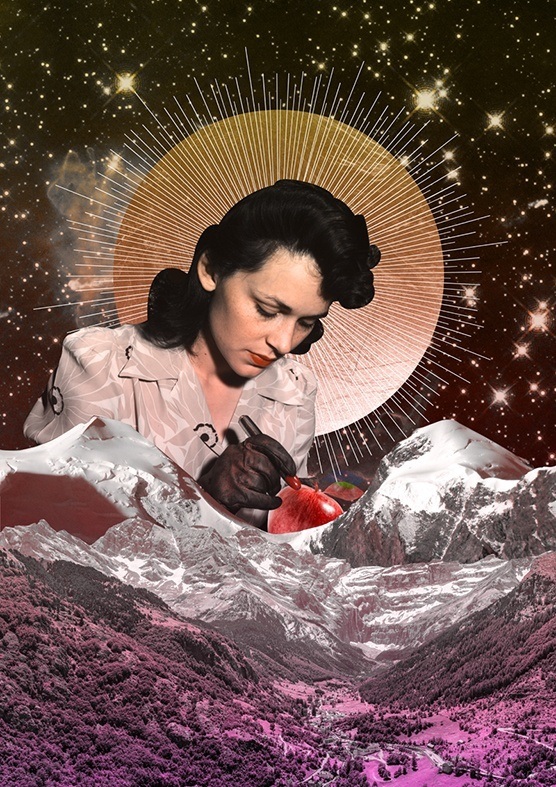 Arguably, Linda’s Nochlin’s essay Why Have There Been No Great Women Artists? sparked a fundamental shift in 1971. The text criticised the social, cultural and economic circumstances prohibiting women from achieving the same state and rank as their male counterparts. 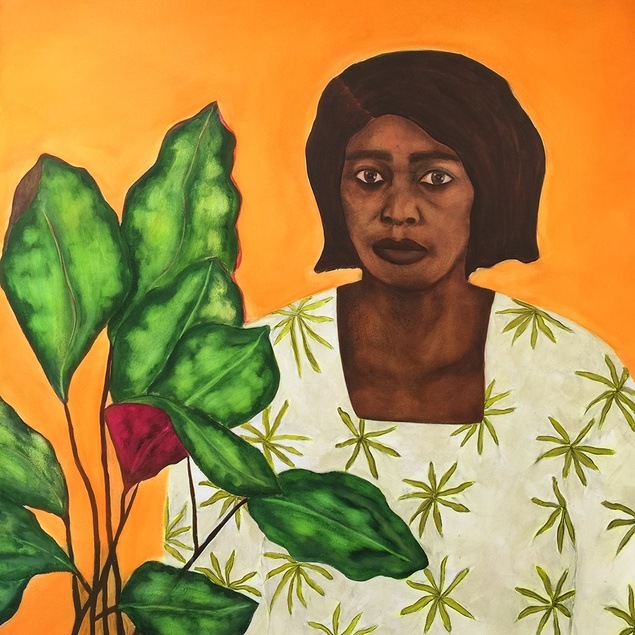 What is Feminist Art?

The unifying goal of Feminist Art is to provide a place for female-centred representation and expose the erasure of women and their achievements in art and beyond. Feminist artists actively sought to stop Western art from simply reproducing gender barriers ingrained in society.

As the movement was about breaking boundaries, it is perhaps unsurprising that no singular medium or style defines Feminist Art. In the 60s, feminist artists espoused an eclectic range of alternative and previously overlooked materials. These materials were often related to gender politics and ideas around the woman’s experience.

Performance art, digital media and textiles took centre stage, mediums historically neglected by men. Until the 60s, male artists monopolised the hierarchy of high and low art. Feminist artists, therefore, chose to do away with mediums which housed a patriarchal precedent and, instead, express themselves with unorthodox means. 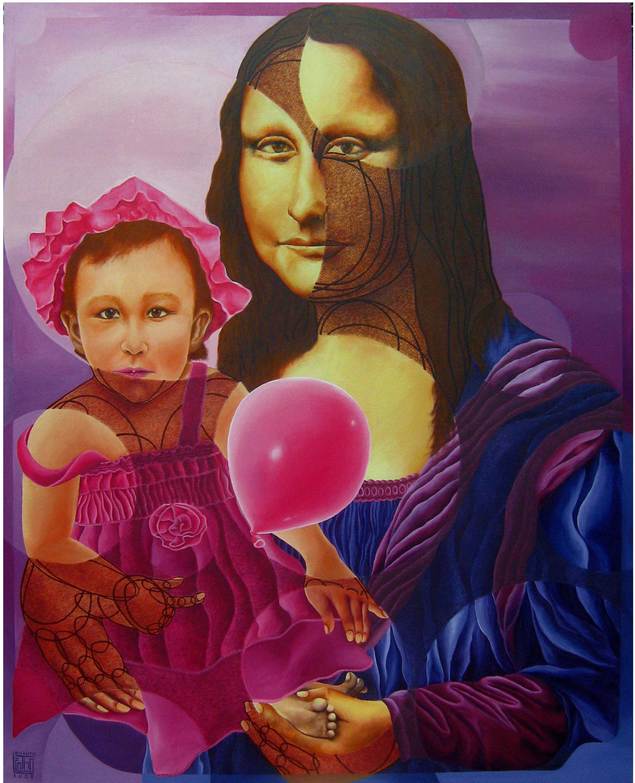 The Queen's Daughter by Irwanto Lentho

On top of channelling new and unusual forms of self-expression, feminist artists intended to rewrite art history. Artists challenged the absence of women in the global canon, embarking on a journey to overthrow male domination in historical and cultural documentation.

A breakthrough artwork in the movement was The Dinner Party (1974) by Judy Chicago. The iconic installation piece gave pioneering women long-overdue credit for their contribution to the arts (e.g. Frida Kahlo, Lee Krasner and Gertrude Stein). Judy devised a ceremonial banquet on a triangular table with 39 place settings, all celebrating an influential woman from history. Inscribed in gold beneath the table are names of 999 women worthy of commemoration. Today, the exhibition (at The Elizabeth A. Sackler Center for Feminist Art) is still refreshed and filled with new feminist voices, fortifying the fight for gender equality. 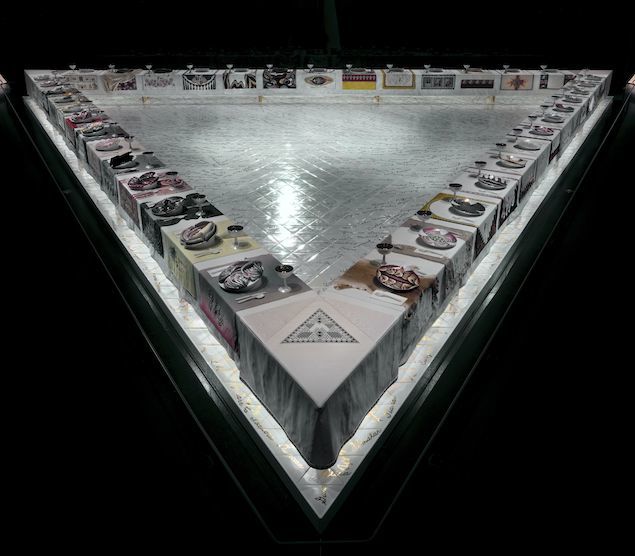 Thanks to the fearless experimentation of feminist artists, a new definition of Fine Art was born. The rise of inclusivity, not just regarding materials but, perhaps more importantly, new perspectives, opened the door to a new world of art. The Feminist Art movement carved out a path for proceeding artistic crusades such as Identity art and Activist art of the 1980s. 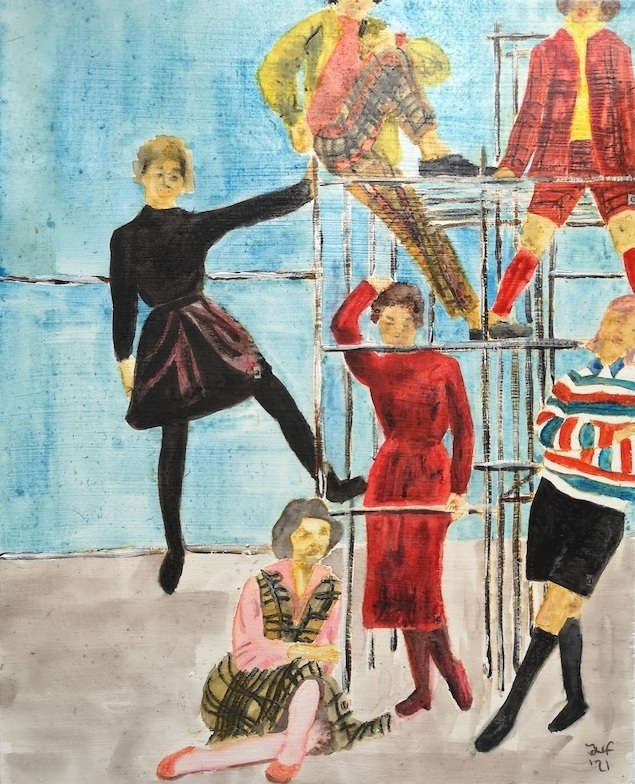 Hang'n with the girls by Tracy White Fitzgerald

In the 1970s, Miriam Schapiro neologised the phrase 'femmage' to describe works that combined fabric and other textiles. Anything historically exiled to the low realm of feminine crafts, including sewing, piercing, cutting, appliquéing and cooking, was placed on a pedestal. Miriam declared "women's work" a viable and enriching addition to high art. 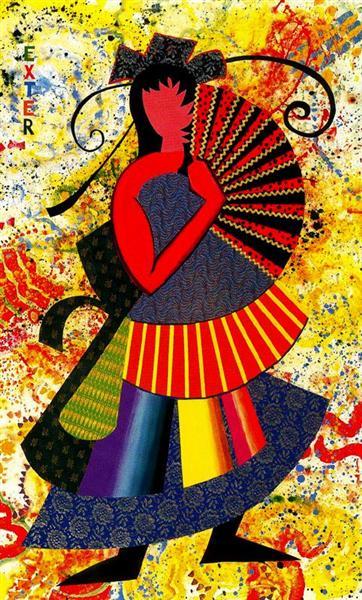 Alexandra Exter (My Fan is Half a Circle) (1994) by Miriam Schapiro (courtesy of Radford Universty, US)

Throughout the 1980s, Feminist Art collective Guerrilla Girls questioned the proliferation of female nude art in the Western canon, demanding equitable female representation. The cooperative formed as a riposte to MoMA’s An International Survey of Recent Painting and Sculpture exhibition in 1984. Out of the 169 artists shown, only 13 were women. Guerrilla Girls followed in the footsteps of street artists and activists, incorporating graphic posters, typography and print into their campaigns. They often hijacked major advertising spaces in New York City too.

Do Women Have To Be Naked To Get Into the Met. Museum? (1989) by Guerrilla Girls (courtesy of the artists and Tate) 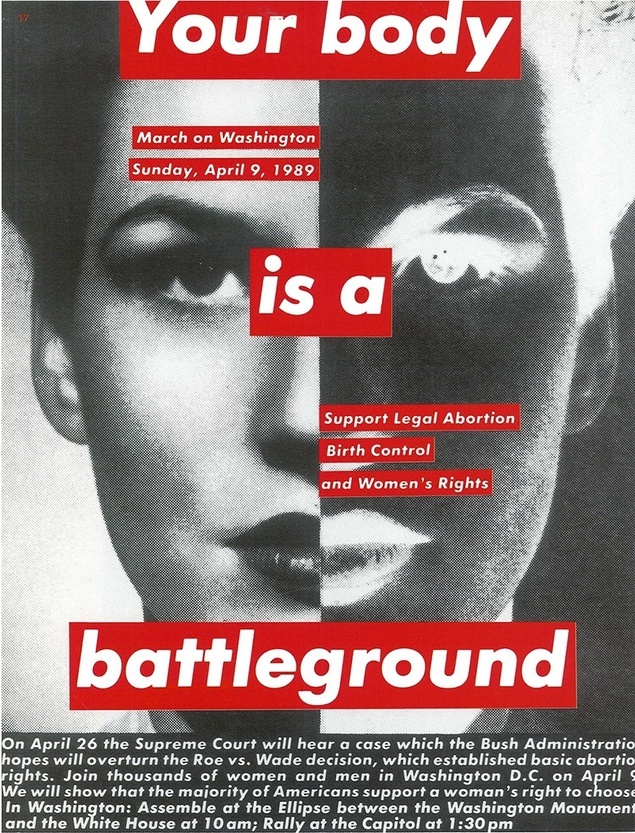 Throughout the 90s, feminist artists continued to use reputed feminine materials to expose sexist subtexts and question social and political norms. Sarah Lucas, a member of the 1990s Young British Artists, manipulates striking visual metaphor and salty humour in her collages and installations such as in her sex-doll Bunny Girl series. 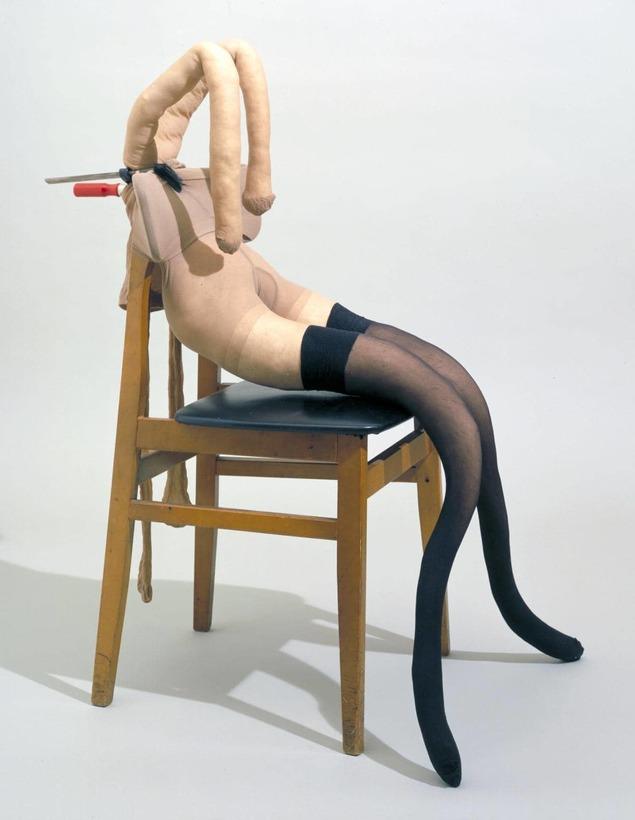 Throughout her career, which spanned eight decades, French-American artist Louise Bourgeois (1911 - 2010) examined challenging themes around sexuality, confinement and the female body. Although not outright affiliated with a particular art movement, Louise nevertheless secured a proud and uncompromising space for women in the art world. Her unapologetic phallus sculptures, gigantic mother spiders and hysterical hanging installations will go down in history. 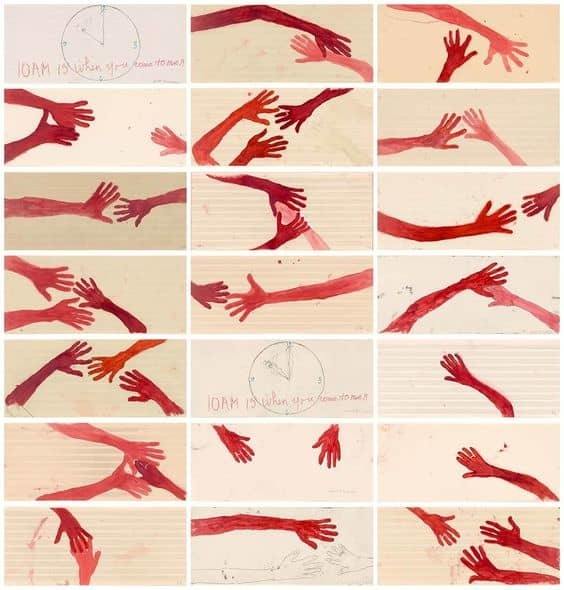 These six female artists explore and elevate what it means to be a woman, employing their artistic craft to combat patriarchal oppression.

Multidisciplinary artist Alexandra Gallagher takes inspiration from the female experience in Western society, instilling her surrealist prints and paintings with subtle political undertones. Opulent and chic in style, these fierce, floral aesthetics are a deep and celebratory dive into the feminine. 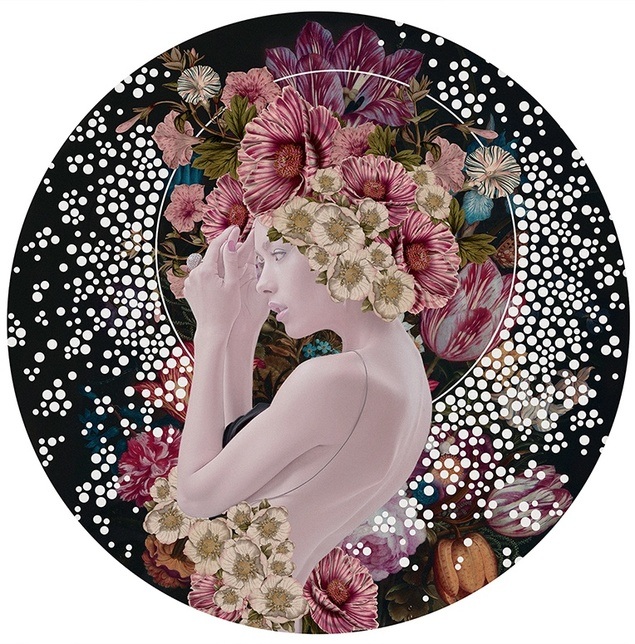 Avant-gardist Joe Hesketh is known for her transgressive abstract paintings, which expose our inner demons. Fascinated by the grotesque and the supernatural, her portraits straddle a fine line between humour and tragedy. The self-critical nature of her works suspends stereotypical female vulnerability and prompts a discourse around the female psyche. 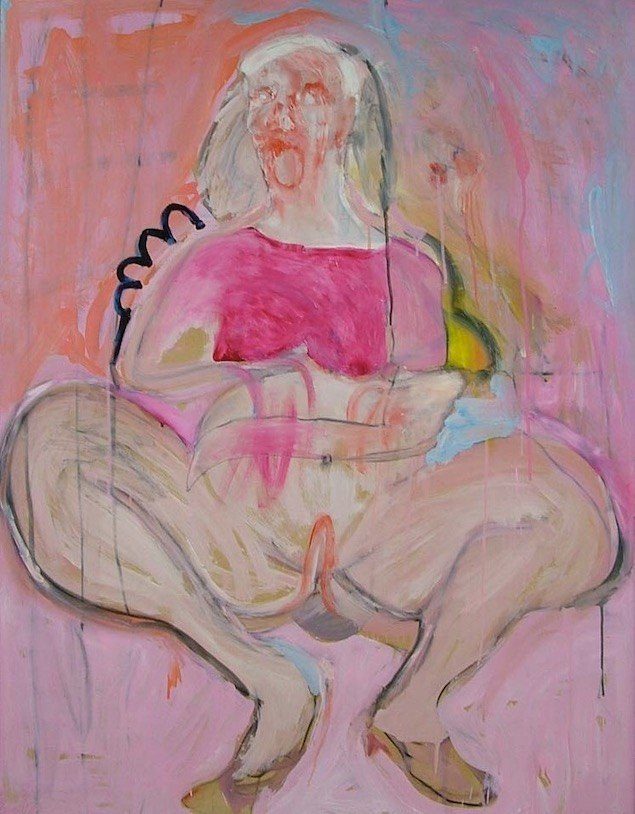 South African artist Kirsten Lilford captures everyday snapshots of domestic scenes and suburban landscapes but with a twist. Her realistic paintings are an uncanny ode to domestic confinement and family politics. 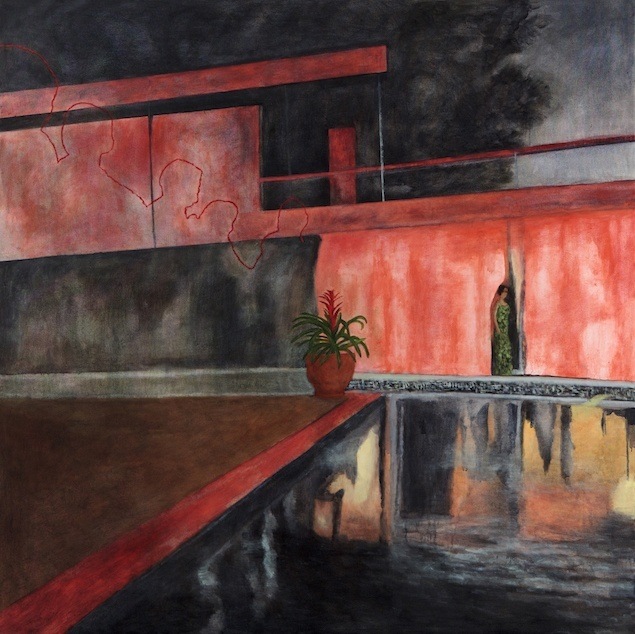 Delphine Lebourgeois reinvents the female nude in her digital prints and illustrations. Weaving together traditional and modern-day influences and imagery, her nuanced and intriguing works are a celebration of female individuality and strength. 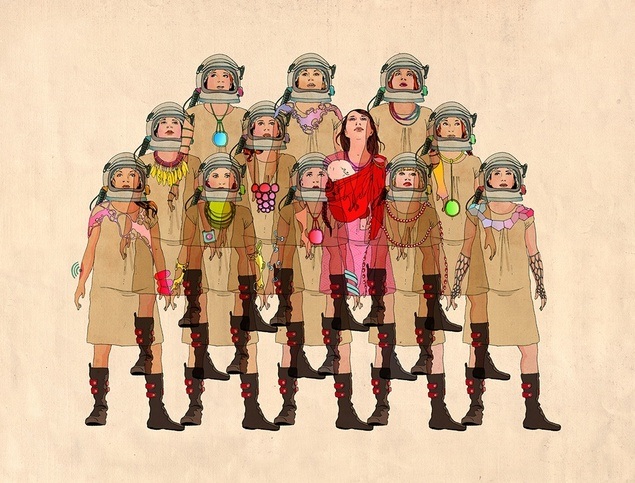 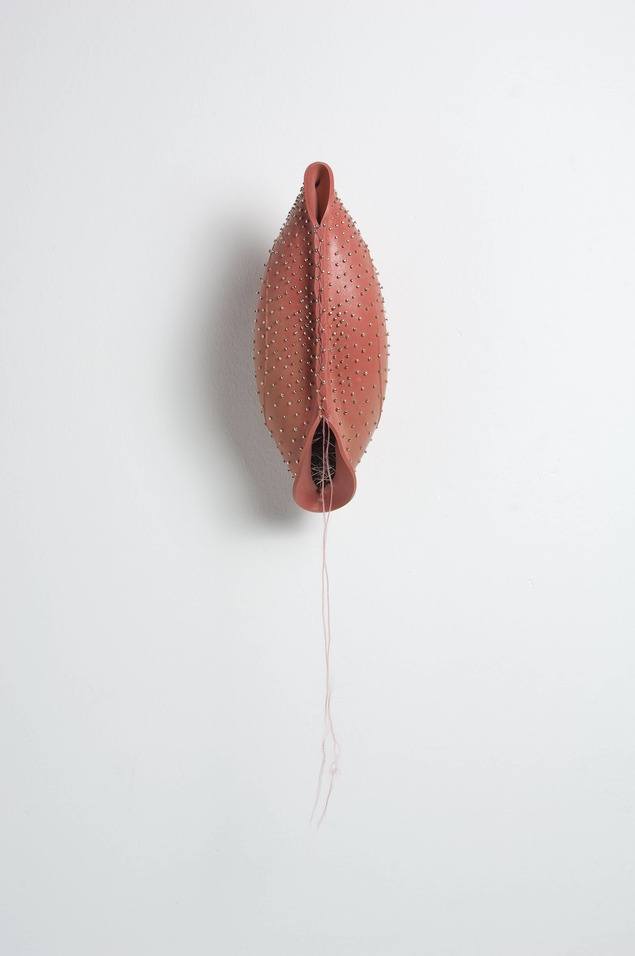 Jamaican artist Mikela Henry-Lowe is interested in the representation of Black women in society. With a striking colour palette and geometric shapes, Mikela's portrait paintings defy the overwhelmingly negative portrayal of Black women in the media. 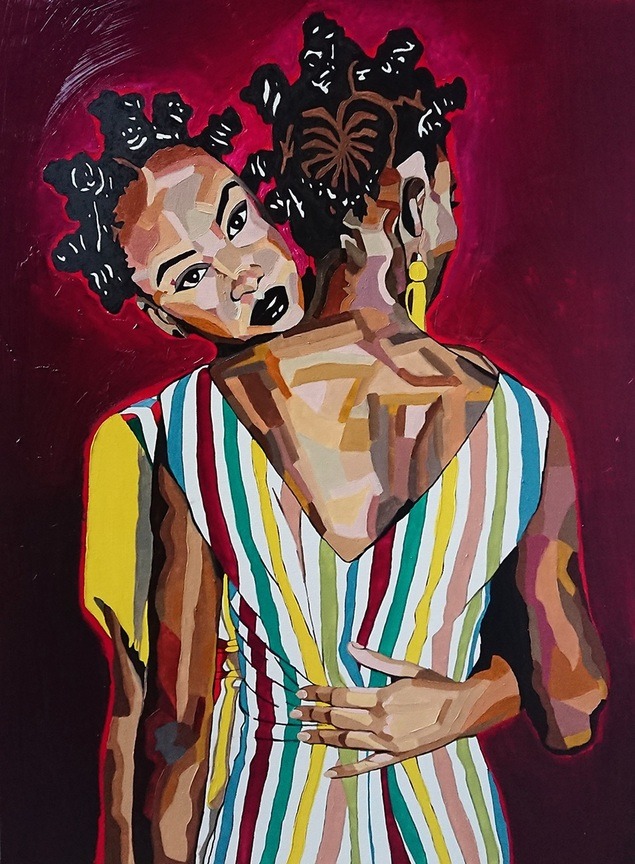