If you hear fashion photographers and think of people papping celebs in dresses, you’re in for a treat. Here is a handful who made history. 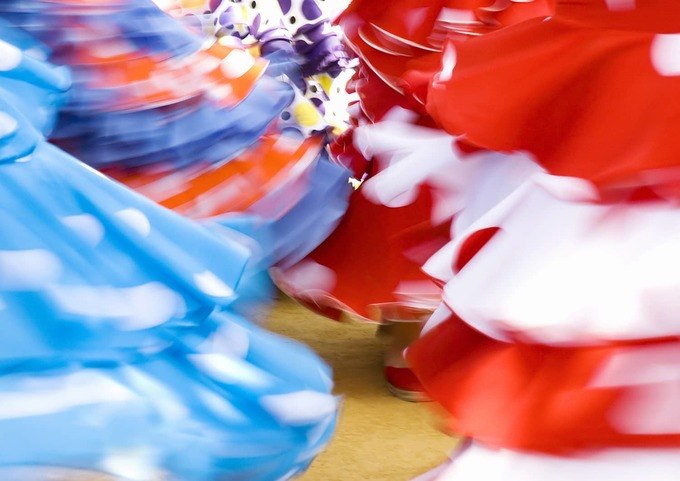 Top Fashion Photographers Who Made History

Dubbed the Debussy of photography, Baron Adolf De Meyer is said to have been the founding father of fashion photography. The first fashion magazines, Harper’s Bazaar and Vogue, were initially illustrated by hand. Condé Nast hired Baron Adolph de Meyer in 1913 to shoot portraits of models, actresses, and aristocrats for Vogue – the images would be the first of their kind.

De Meyer joined the Royal Photographic Society in 1893 before rubbing shoulders with the photo-secessionist group, the Linked Ring, in 1898. His revolutionary works have influenced the fashion tides for over a century. 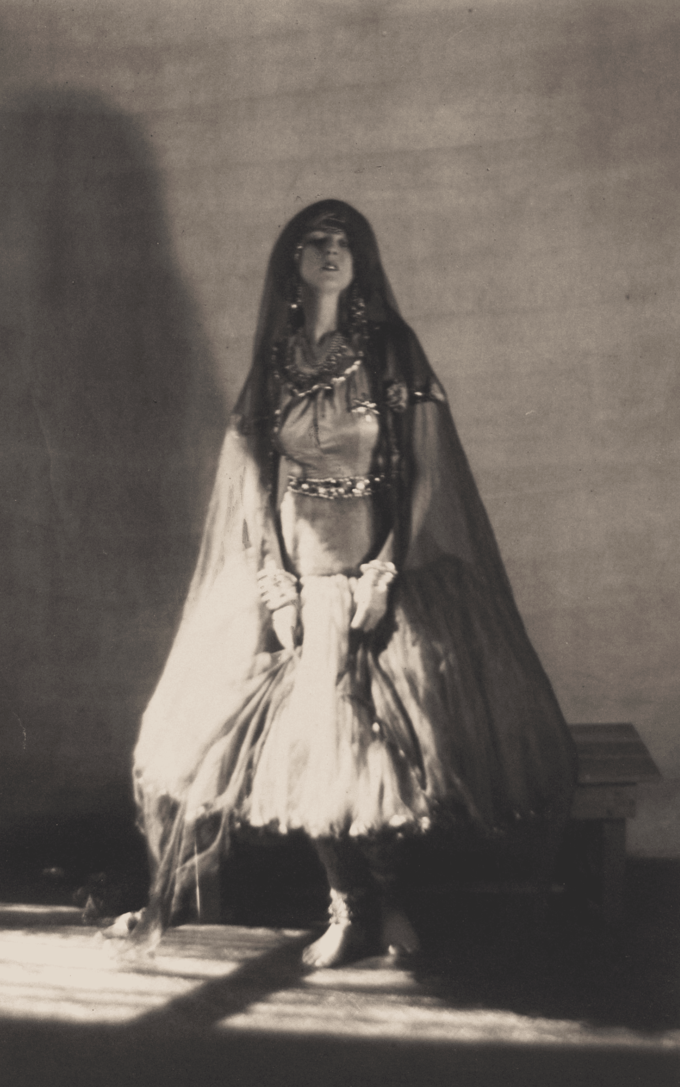 Edward Steichen is one of the most prevalent, modern figures in the history of portrait photography. Throughout the 1920s and 30s, Edward was likely the best known and highest-paid photographer in the world.

In the vein of his realistic, purposeful and informative photographs, the darkroom master was appointed chief of the Photographic Section of the American Expeditionary Forces in 1917. His shadowy, black and white works and adapted aerial photography provided a sharp, clear picture of one of the most destructive and transformational periods of human history. Edward also co-founded the magazine Camera Work with Alfred Stieglitz and worked with Vogue and Vanity Fair. 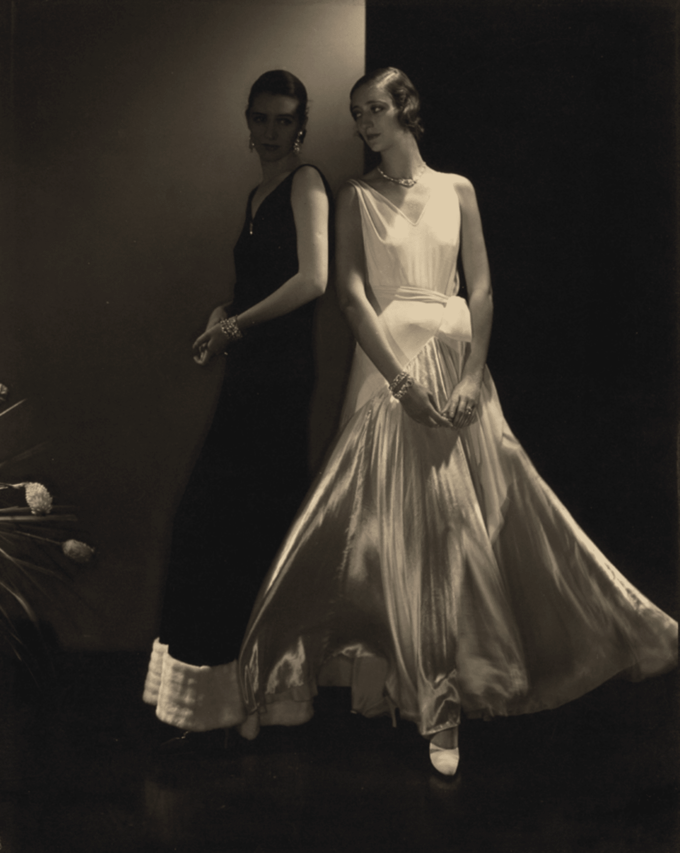 Despite the Great Depression in the 1930s, Lee set up studios in Paris and New York. She proceeded to work on her eminent surrealist portraits and celebrity studies, shots which securely established her place in the art history canon. 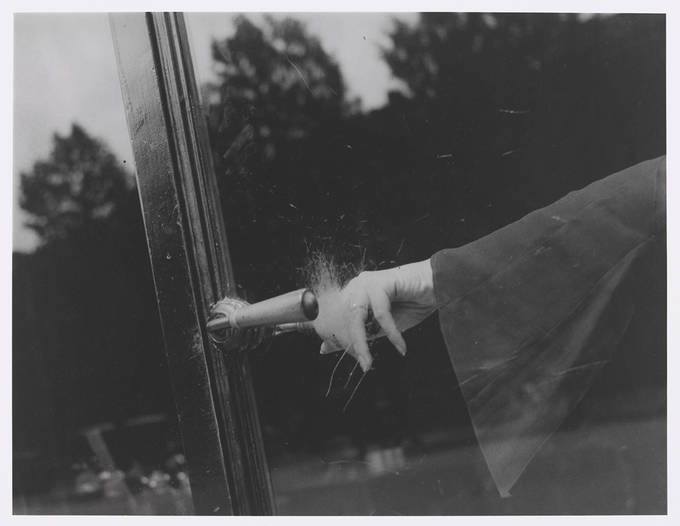 Exploding Hand by Lee Miller (courtesy of The V&A)

Nicknamed the King of Kink, Helmut Newton’s distinctly provocative black and white photographs are as influential today as in the 1950s. His most famous shot, Le Smoking, of a model smoking on Rue Aubriot in 1975 Paris (in collaboration with Yves Saint Laurent) engendered a style all of its own. The French fashion trailblazer had contracts with the likes of Vogue, Harper’s Bazaar and even Playboy. 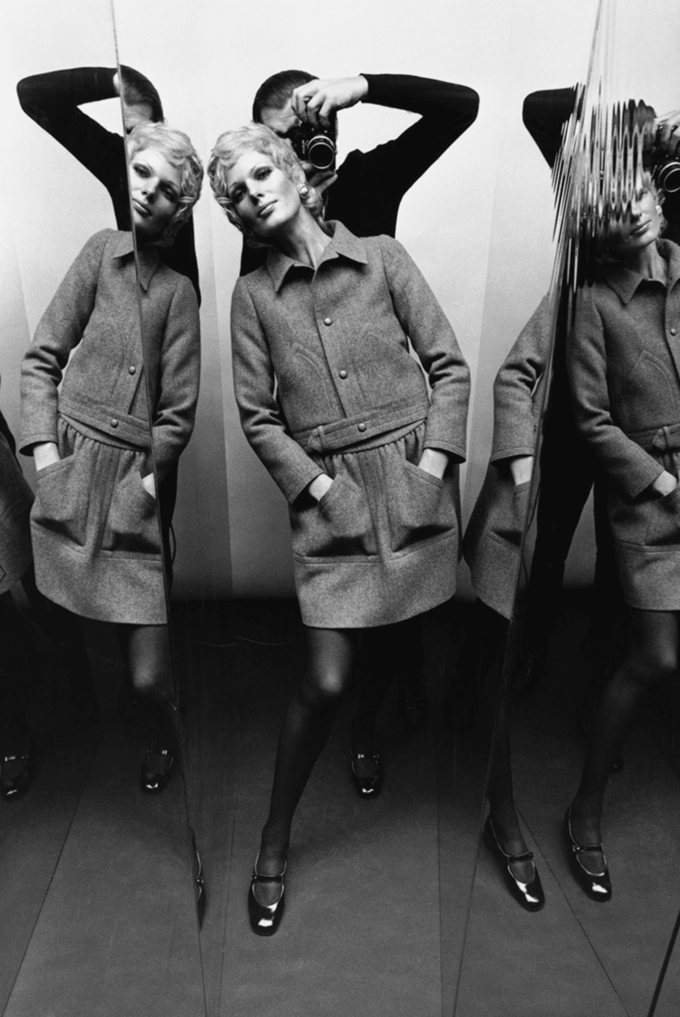 At the age of just twenty-two, Richard Avedon began working as a freelance photographer. With no access to studios, Richard tapped into the cunning resourcefulness that came to define his style. Taking to the streets, Richard photographed models in previously unthinkable locations and wholly original ways.

Richard went onto author some of the best-known advertising campaigns in American history before stretching his schemes beyond fashion. His later imagery explored political, cultural and social strife, documenting pivotal moments of the American Civil Rights movement and the Vietnam War. 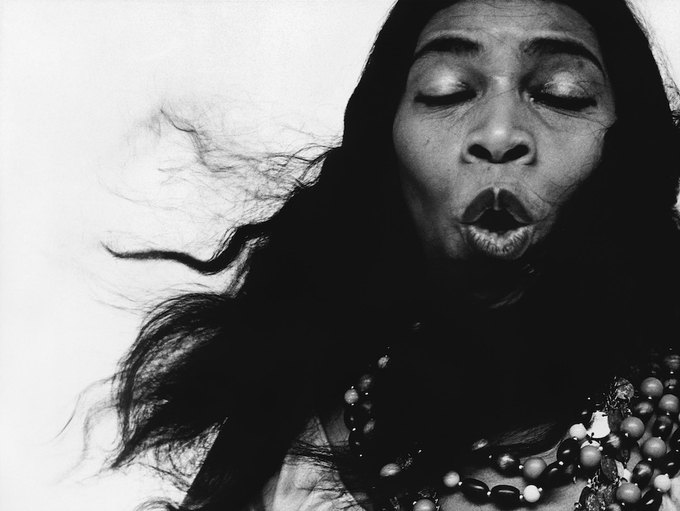 Marian Anderson, singer, in the role of Ulrica in "Un Ballo in Maschera" by Richard Avedon (courtesy of The Avedon Foundation)

Contemporary Fashion Photographers You Should Know About

Fashion photography is known for its emulous, cut-throat nature. Today, it remains to be one of the most competitive fields in the arts and media. So, what does it take to be one of the best? Is it that top models and brands aspire to work with them? Or is it that their work tames the zeitgeist beast with a confident click? Here are a few defining, and breaking, all the rules.

Ellen is the photographer credited for catapulting Claudia Schiffer to stardom and giving her subjects, such as Madonna, the freedom to be sensual on their terms. Ellen built a reputation on working with atmosphere and reciprocity with her models, rather than technique, creating disarming images that exude personal connection and intimacy.

Work by Ellen von Unwerth (courtesy of the artist)

London-based Tim Walker was only 25 years of age when he shot his first story for Vogue. As The Guardian quite rightly said, Tim’s "glossy, dreamily surreal work has dominated fashion photography for two decades." With his fantasy aesthetic, these photographs tread a fine line between dream and nightmare. Nostalgic for an era of innocence and vitality, his trademark psychedelic colours and oniric settings transcend reality. A selection of his immersive works featured at the V&A, London (2019-2020). 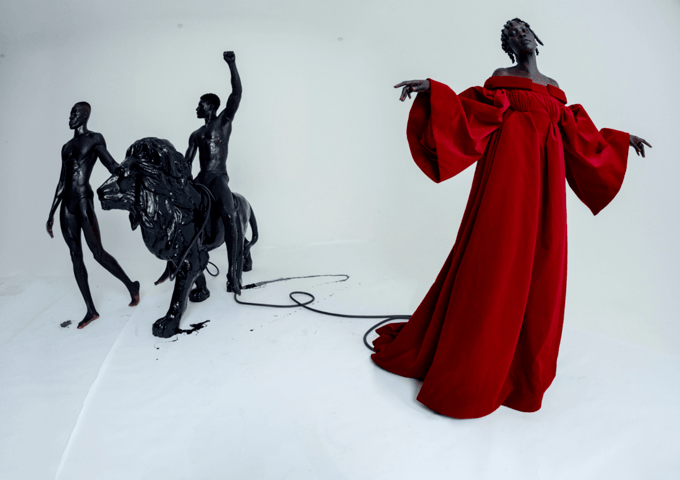 From dancer to choreographer to photographer, Cody Choi creates flight and thrill with his dynamic shots. His photographic reflexes and dance perception come together and deliver breath-taking urbanite works. Cody seizes the trajectory of his models and provides sensations of ascent and suspension. You can browse through Cody's sensational Dancer: Selina series in our online store. 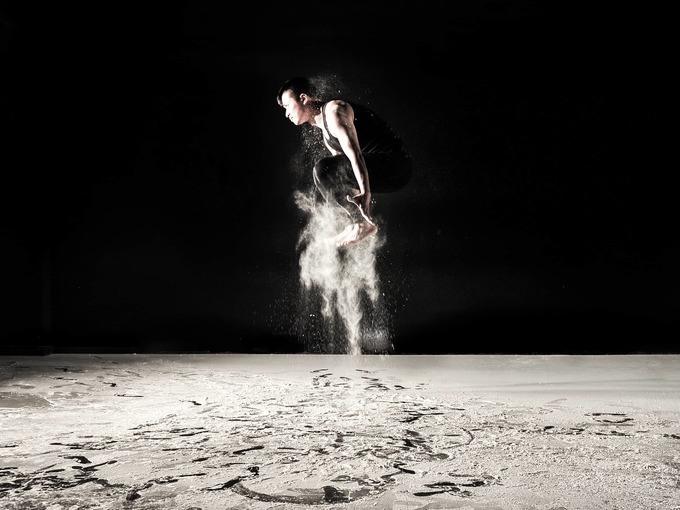 Roxanne Lowit is said to be as famous as the faces she photographs. The photographer enjoyed a career as a painter and textile designer before trading in her paintbrushes and sewing needles for her camera. Roxanne exposed the hidden behind-the-scenes world of fashion shows and after-parties. Armed with her 110 Instamatic, Roxanne captured all the backstage tales, vulnerabilities and shenanigans – making sure to have a little fun while she was at it too. 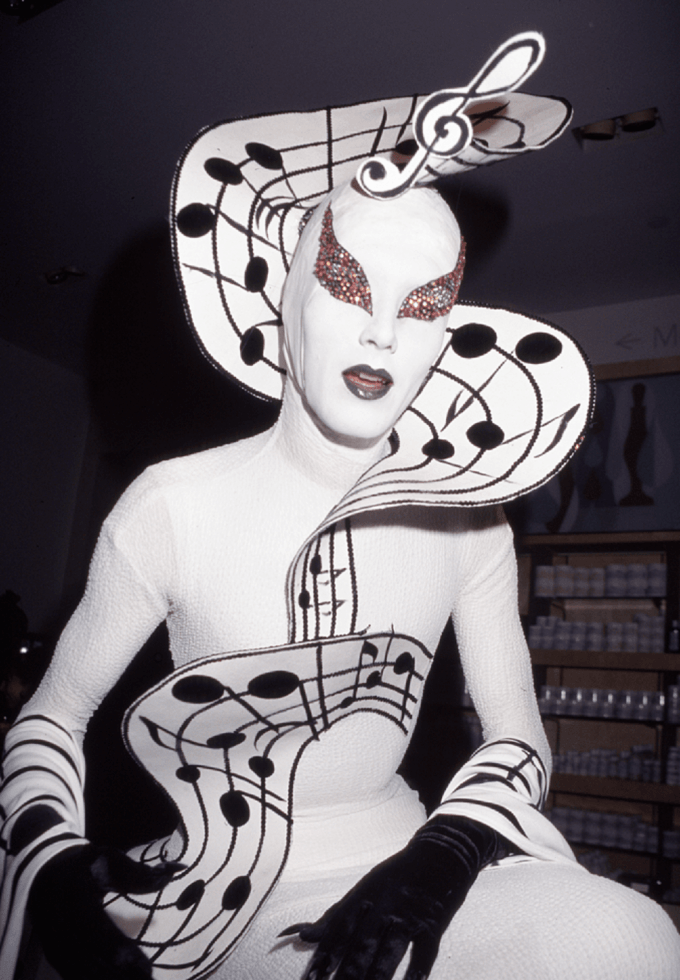 Work by Roxanne Lowit (courtesy of the artist)

American fine art and commercial photographer, David LaChapelle, is responsible for the famous advertisement of sailors kissing for Diesel in 1995 – one of the most prestigious fashion campaigns of all time. 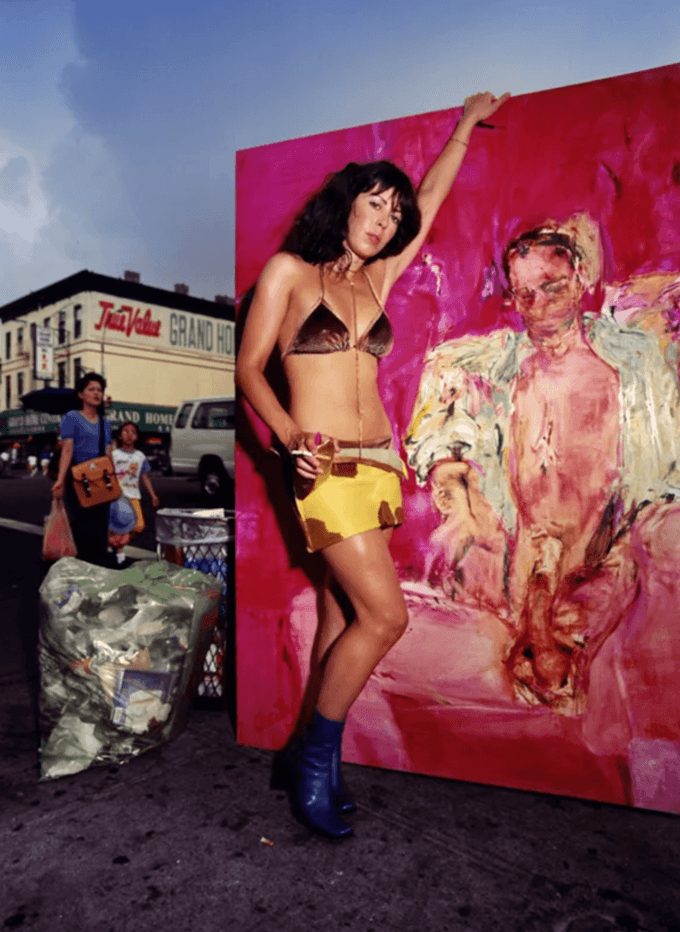 Cecily Brown by David LaChapelle (courtesy of the artist)

Born 1983 in New Delhi, India, Vikram Kushwah is a multi-award-winning photographer celebrated for his surrealist snapshots. Influenced by artists such as Guy Bourdin, Tim Walker and Deborah Turbeville, Vikram’s images blend Baroque with modern art. Works such as Ophelia and the Umbrellas evince fairytale reveries, mixing grunge elements with a Romantic edge. 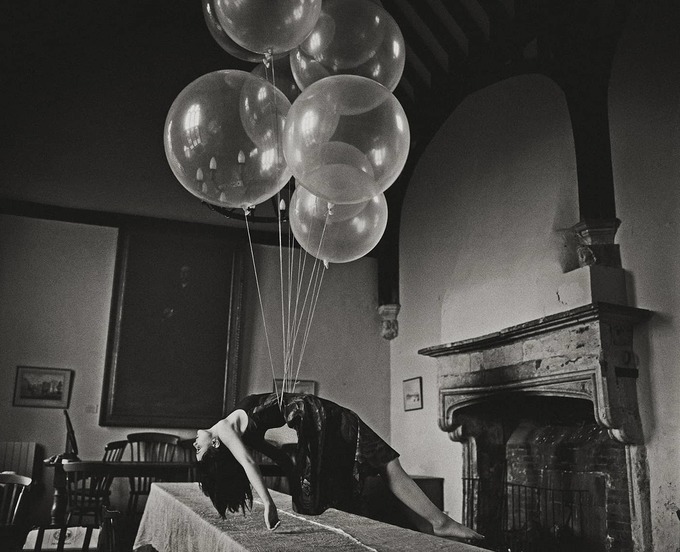 Ofelea and the Flying Balloons, 2010, by Vikram Kushwah

Our list of the best fashion photographers would not be complete without American portrait photographer Anna-Lou Leibovitz. Perhaps best known for her captivating portraits of celebrities in intimate settings and poses, Annie’s images have graced the covers of Rolling Stone, Vanity Fair and Vogue.

Annie famously took the last ever photo of John Lennon, nude and curled up against his wife Yoko Ono, before his murder in 1980. Annie was also responsible for the first-ever Vogue cover with a First Lady, Hilary Clinton, in 1998. 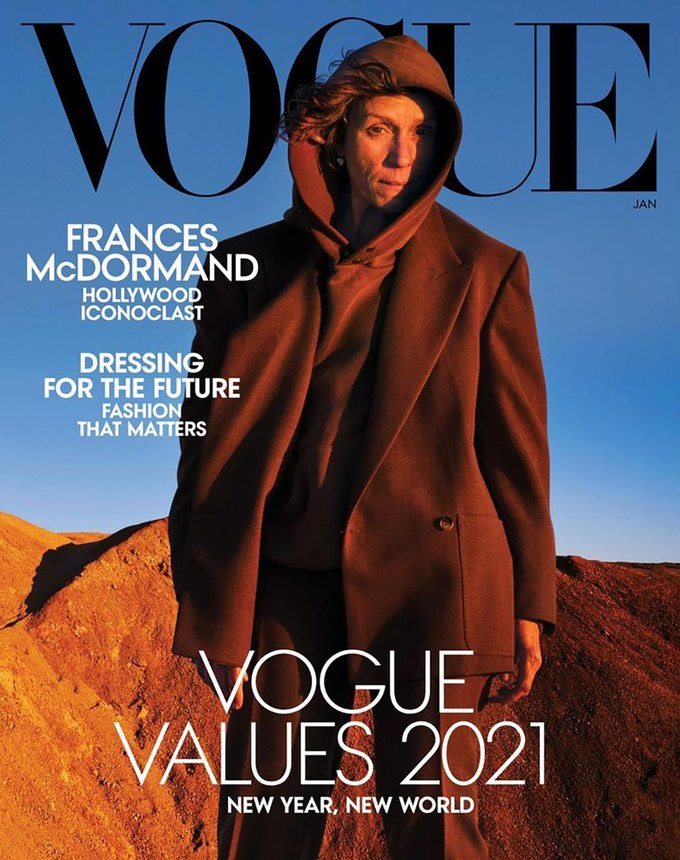 Frances McDormand by Annie Leibovitz (courtesy of the artist's Instagram)