Many famous acrylic paintings are now part of mainstream culture, but we don’t always think about the techniques and materials behind these artworks, or even the painters who pioneered the medium and made it famous.

A Brief History of Acrylic Painting

Acrylic paints first began to be synthesised in the mid-19th century, but it was German chemist Otto Röhm that brought its practical potential to light. In the early years, acrylic resins were intended primarily for industrial use and it was not until the first half of the 20th century that artists began to experiment with it. This started in Mexico where muralists began to use it in their work. Muralist David Alfaro Siqueiros held a workshop in New York City to explore the medium and its uses. Jackson Pollock attended this workshop and went on to use it in his world-famous drip paintings.

By the late 1940s, acrylic paint was offered as an early version under the name ‘Magna’ and many well-known artists such as Mark Rothko began to experiment with it. A decade later, Röhm and his business partner Otto Haas introduced the first acrylic emulsion designed specifically for paint which has gone on to become the cornerstone for all contemporary artists’ acrylic emulsions. By 1955, the first commercially available water-based acrylic paints entered the market.

Acrylics made their way onto the artistic scene at a time when artists were beginning to explore movements such as pop culture, photorealism, abstract expressionism and pop art. Their properties made them ideal for such forms which featured hard-edged flat images and a distinct use of line.

Artists like Andy Warhol were attracted to its unparalleled versatility and durability, but also for its flexibility – media could be mixed and through combining it with other elements such as sand and water, different textures and consistencies could be achieved.

The introduction of acrylic paint to the art world offered a whole new wave of creativity and possibility in the field of modern art. This influence in artistic forms and trends is still going strong today. The medium's flexibility and versatility offers the artists endless creative freedom which had never been experienced before and is still being explored today. 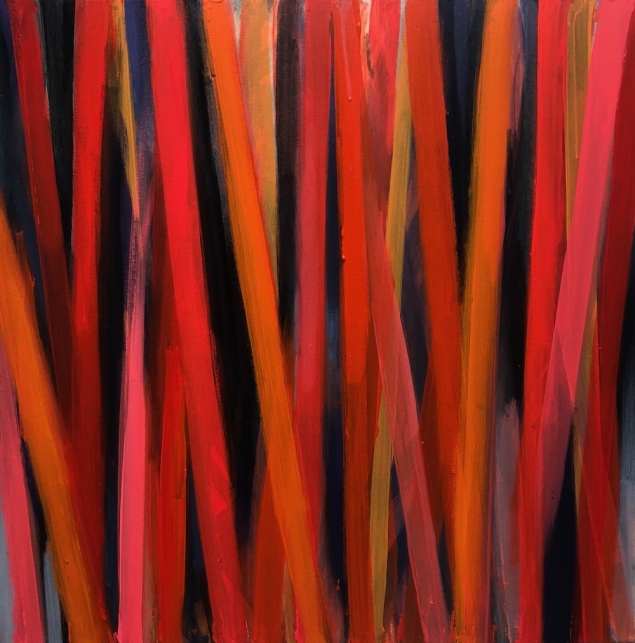 What is Acrylic Paint?

There are various techniques which can be applied in acrylic painting to produce a number of creative effects. Firstly, drybrush is a technique which can be useful in landscape painting to create blades of grass or fluffy clouds, as well as adding highlights and dimension to an underpainting. Acrylic wash is another useful technique which allows the painter to build up translucent layers of colour to produce a watercolour appearance with great control. Another popular technique is the use of stippling, which involves using stiff brushes to paint small dots of paint across the surface. Layering colours together in this way allows subtle colour blends, leading to dimension and texture on the canvas. Pouring acrylic paint is a fun and creative technique commonly seen in abstract art and, similarly, paint may be dripped from above or flicked from a wet brush à la Pollock in order to produce interesting splatters of colour. 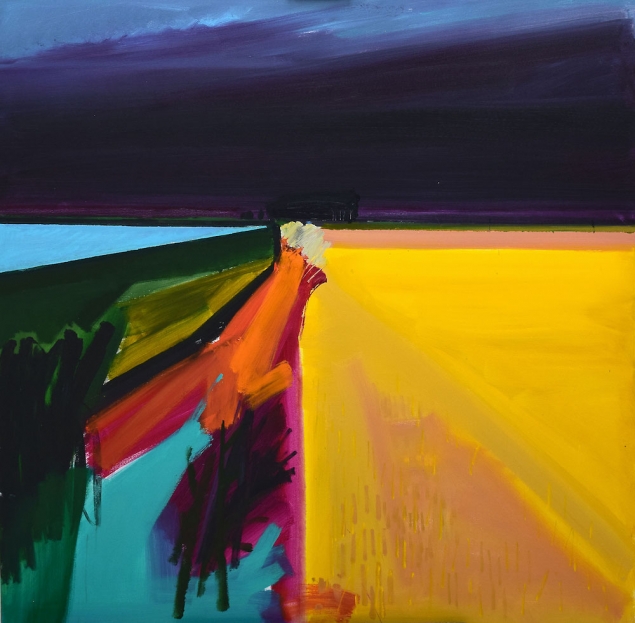 Many famous artists use acrylic paints as their preferred medium. Notably pop artist Andy Warhol who was an infamous, leading figure in the Pop Art movement, best known for his silkscreen paintings including Campbell’s Soup Cans and Marilyn Diptych. Roy Lichtenstein also used acrylic paints in his works and was a pioneer of the New Art movement. His work defined the premise of pop art through parody and was influenced by popular advertising and the comic book style. London-born optical artist Bridget Riley also used the medium in her work. She began painting in a semi-impressionist manner before moving on to pointillism in around 1958 and eventually evolving the Op Art style in 1960, which explored the dynamic potentials of optical phenomena in order to produce a disorienting physical effect on the eye. 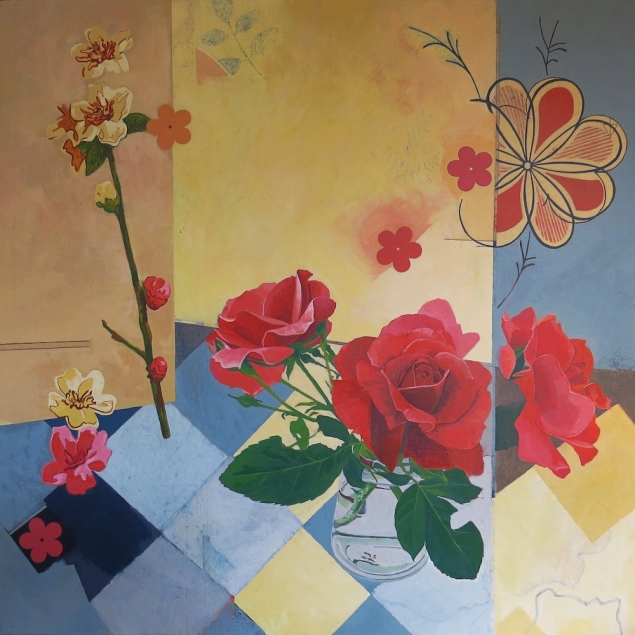 Many of the most famous acrylic paintings are now widely recognised in the art world and beyond, thanks to the relatively recent creation of acrylic paint and its use by high-profile artists throughout the 20th and 21st centuries. Contemporary works such as those listed below, henceforth, contributed to breaking down the barrier between mainstream culture and elitist art.

Andy Warhol’s Campbell Soup Can (1962) is one of the most distinguishable pieces of American modern art. The work presents a vivid, photorealistic clarity only made possible with the use of acrylic.

Likewise, David Hockney’s A Bigger Splash (1967) and Portrait Of An Artist: Pool With Two Figures (1972) are also among those listed as the most iconic pieces of the 60s and 70s.

Mark Rothko’s abstract expressionist paintings, though fairly simple in style, are instantly identifiable. His acrylic works such as Black On Maroon (1958), currently on show at the Tate Modern, London, explore the infinitesimal possibilities of layering varyingly sized, polychromatic rectangles onto fields of colour.

These masterpieces found a unique commonality in acrylic; capitalising on a powerful interplay of colour, multidimensionality and surface textures. 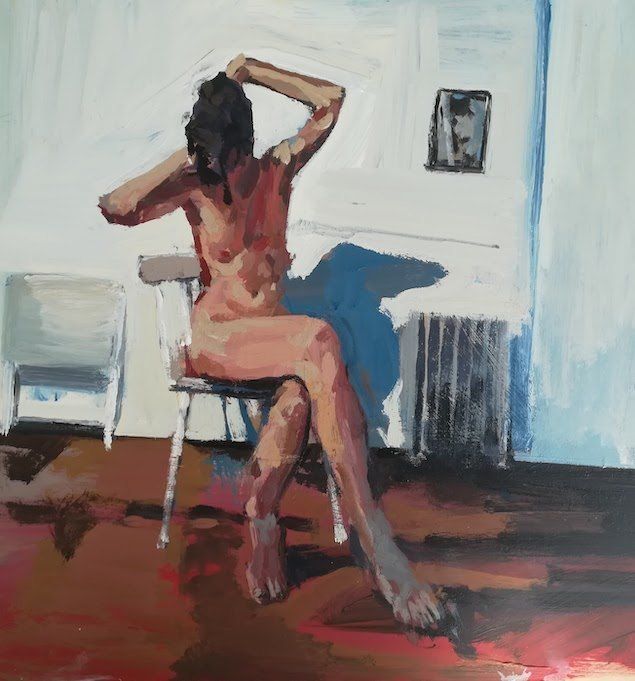 Thanks to its unique adaptability and desirable characteristics, acrylic paint became immediately popular once commercialised in the 1950s. David Hockney, one of the most influential artists of the 20th century, was an early advocate and champion of acrylic painting. He validated acrylic for its power to capture the pure essence, the experience and the feeling of the artist.

The Pop Art era was a period of great experimentation in the visual arts which, naturally, suited the multifaceted nature of acrylic paint. The medium was, therefore, prevalent among the Pop Artists of the 1950s and 60s. Hard-edged flat images, intense colour creations and distinct lines pervaded works by the likes of David Hockney, as well as other Pop Art powerhouses like Andy Warhol and Roy Lichtenstein. 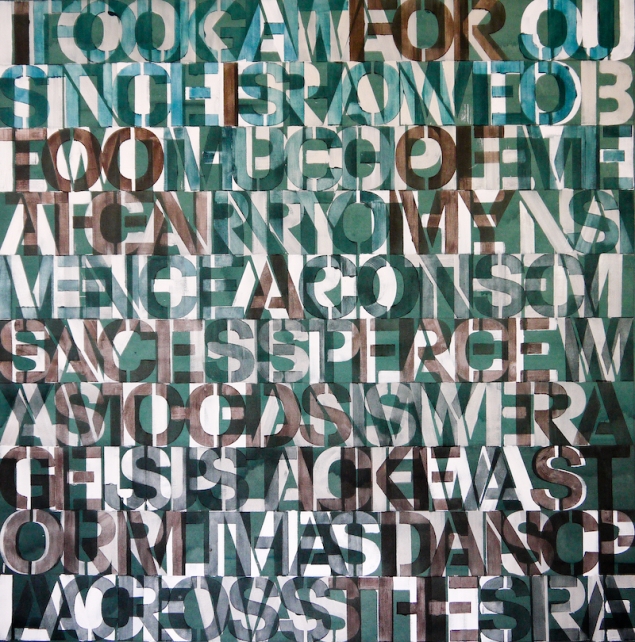 Acrylic Paint in Other Movements

Other movements did not hesitate to adopt the medium either. From Colour Field creators to explorers of Abstract Expressionism, craftspeople plumbed the depths of acrylic painting as a form of artistic, social and cultural expression.

Post-war American painter Kenneth Noland (1924-2010) was well known for his geometric and minimalist paintings inspired by his fascination with flat colours and simple shapes. Throughout his career, Kenneth prolifically produced fresh and striking combinations with the ability to not just capture but sustain the attention of any observer.

Abstract artists such as Mark Rothko and Optical Art pioneer Bridget Riley also manipulated shape, form and colour. Mark’s interest in the biomorphic forms of European Surrealism is evidenced in the itinerant zones of colour populating his paintings. 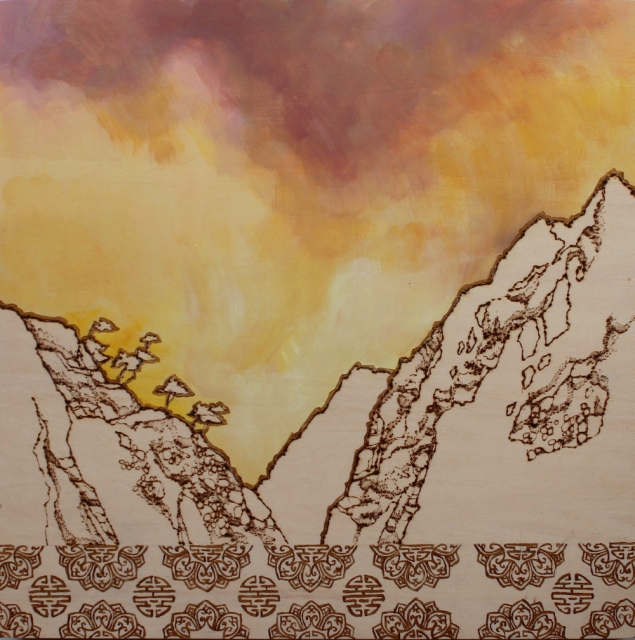 Acrylic paint continues to be explored by contemporary artists. Danielle Schweinsberg is also renowned for her dynamic, flowing creations like Tune of Spring. Danielle’s botanical canvases are a maelstrom of explosive brushstrokes, layered colour and tactile textures.

Delicate and harmonious shapes shimmer and sway in Barbara Krupp’s many-splendored paintings. The Seventh Day and Interconnection are a fusion of conceptual and abstract in style; a rainbow of billowing, psychedelic colours and shapes ripple and roam the surface of her canvas.

Stephen Whatcott is praised for his monochrome abstract paintings which investigate instinctive and expressive mark-making. Bold statement yet minimalistic pieces, such as Lilith, exemplify Stephen’s interest in solidity, as well as his compositional hierarchy which prioritises form and line over colour.

Looking to continue your exploration? Peruse our ever-growing selection of painters here and various types of paintings for sale here.