Robert Dunt is an influential British artist whose impactful paintings are inspired by music. His ‘Distortion Form’ paintings, for example, have an electrifying energy about them.

Before pursuing art, Robert trained as a barrister and worked as a journalist. He then went on to study at City and Guilds of London Art School, and has since exhibited his work extensively. The artist has also…Show more featured in a TV advert on Sky News.

Robert has held several solo shows in London. He has also showcased his paintings in group shows locally and internationally.Show less

"I absolutely adore Robert's work – it's striking and totally absorbing! Robert is very talented with a growing reputation and his works are bound to lift your spirits."

Follow me to receive my latest updates and to be the first to see my new work.

Robert Dunt is featured in 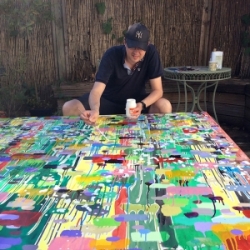 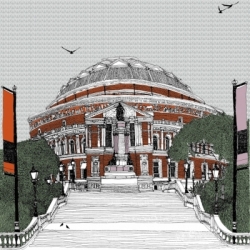