Patricia Poullain is of Irish-French nationality. She was diverted from her interest in the theatre (graduated from RADA) as the result of a prolonged stay in Korea, where she studied with the Korean painter, Lee Se Duk. Se Duk had himself been to the famous art college in Tokyo, had an "atelier" in Paris and became curator of the Sonje Museum of Contemporary Art in Seoul. Poullain then…Show more participated in several art shows while living in New York: Art Directions 1959; Félix Vercel "Women Painters of France" 1960; Explorer Gallery 1961; Norval 1962 and Modern Masters 1963. In 1964 she had a one-man show in La Maison Française of New York University. After her return to France in the seventies she exhibited works in shows in Cagnes-sur-Mer and Tourrettes-sur-Loup on the French Riviera. Recently she has been shown in the 12ème Rencontre des Arts Plastiques in Nogent-le-Rotrou in Normandy. Her work is said to show influences of both East and West.Show less

"Patricia Poullain's 'Pure Painting' is just that. It is not trying to symbolise anything, tell a story or evoke emotion. It is a disciplined, structured way of painting where the subject is about the process of painting rather than the representation; the way the colours, shapes and proportions work together. I am a huge fan of these clean, geometric paintings that tease the eye rather than trying to deceive it. "

Stay in Touch with Patricia!

"Follow Patricia to receive first access to new works for sale and the latest updates on events and activities."

Patricia Poullain is featured in 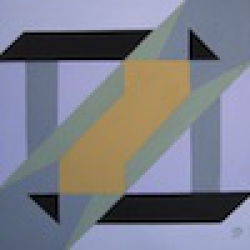 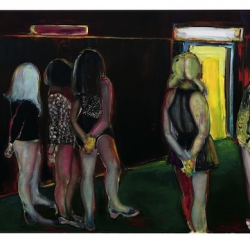 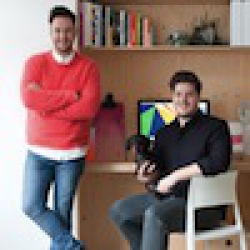