Posted in Inside Scoop by Tatty Martin on 03rd December 2020

Fauvism is an art movement and style that was established towards the beginning of the 20th century. Pioneered by the likes of Henri Matisse and André Derain, in its early years Fauvism was predominantly affiliated with French artists. Fauvist art is characterised by its bold colours, textured brushwork and non-naturalistic depictions.

In some ways, Fauvist artists emerged as an extension of the Impressionist artists working at the turn of the century. Linked by the way they painted directly from nature, Fauvists are sometimes associated with post-Impressionism. However, unlike the Impressionists, the Fauvists paid particular attention to capturing emotion in their subjects. Often painting portraits, landscapes and nudes, the Fauvists enhanced the colours and tones of the natural world, whilst closely observing scientific colour theories that had been developed in the previous century. Fauvism combines so many of the art movements that proceeded it, borrowing everything from German Expressionism to neo-Impressionism. 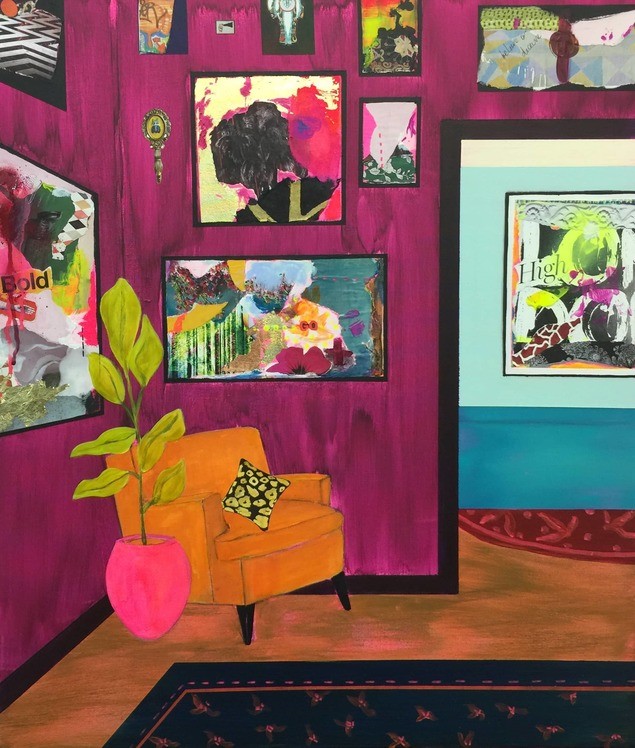 The History of Fauvism

The term ‘Fauvism’ translates to mean ‘wild-beasts’ and was coined by critic Louis Vauxcelles following the 1905 Salon d’Autumne exhibition. The exhibition, which was held in Paris, caused widespread outrage. Such vibrant and unnatural colours shocked the public and critics alike, as Fauvism soon earned its place as one of the first avant-garde art movements of the 20th century.

The figure most commonly associated with Fauvism is none other than Matisse. Taking influence from Gauguin, van Gogh and Seurat, Matisse moved art that one step closer to abstraction. This groundbreaking modernist movement did away with the stillness of the subject matter, instead instilling colour with movement and brushwork with energy.

The most famous Fauvist pieces of art are predominantly by Matisse. Works such as Bonheur de Vivre and Dance have endured as iconic and instantly recognisable paintings. Combining a mystical and euphoric subject matter with a distinct flatness and an enhanced palette, these works continue to influence the course of contemporary art. 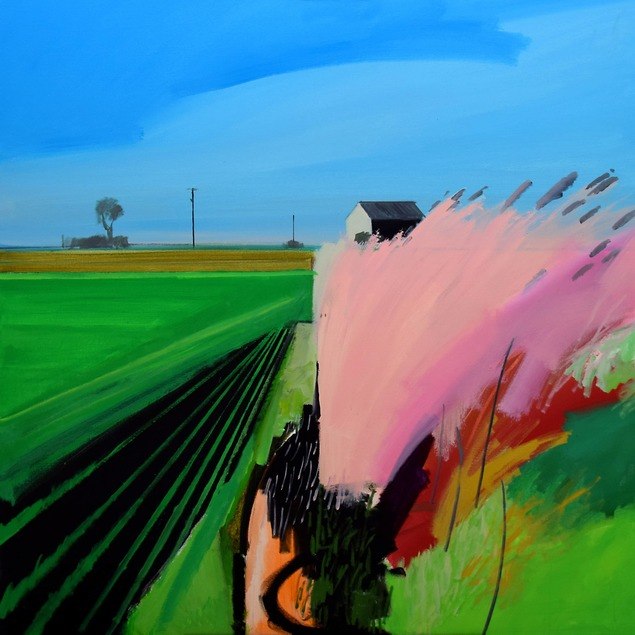 The Development of Fauvism

Often seen as a seminal and ‘transitional’ moment in the development of modernist art, the Fauvist movement paved the way for other highly influential styles of the 20th century. Derain went on to develop a neo-classical style, whilst the once-Fauvist artist Georges Braque worked alongside Pablo Picasso to develop Cubism.

The typical traits of Fauvism are unique in their ability to appear both timeless and innovative. Today, artists continue to employ bold colours and decisive brushwork to create vibrant works of art. Whether using block gestural brushstrokes, saturated colours, or a renewed look at perspective, the concerns of Fauvism can be recognised time and time again in the contemporary art world. 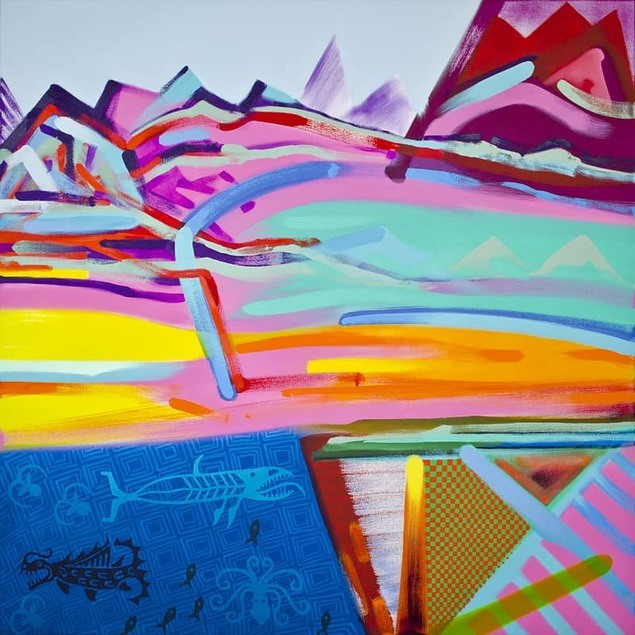 At Rise Art, many of our artists carry on the Fauvist tradition, modifying elements and continuously pushing the style forward. One artist taking inspiration from the Fauvist landscapes of the early 20th century is British painter Dan Bennett. Dan’s richly colourful paintings resemble the landscapes of Matisse and Gauguin. Combining wild and wonderful vistas with a psychedelic quality, Dan’s work takes remote European landscapes, such as Russvika Bay and La Segognole, and gives them an otherworldly aesthetic. 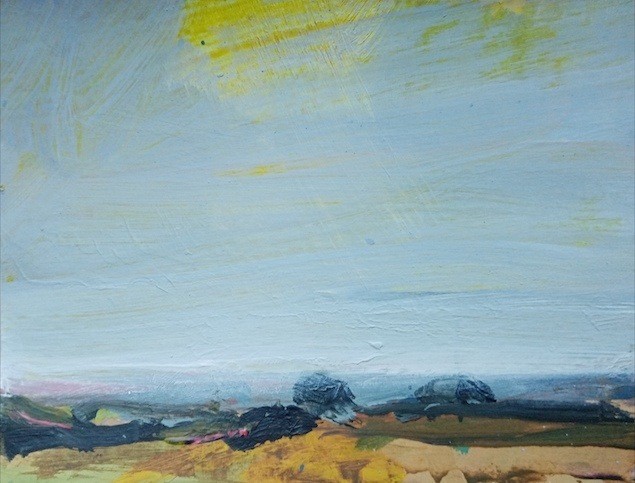 Also working to create colourful and atmospheric landscape paintings are artists Philip Tyler and Fred Ingrams. Fred works en plein air to create pieces that convey the coastal scenery of the east of the UK, whilst Philip uses thick impasto brushwork to conjure up emotion and feeling in his landscapes. Both artists paint so much more than just landscapes, they capture the feeling in the air, the time of the day and the character of the place. Engaging with the characteristics of Fauvism, both Philip and Fred use colour and brushwork to create new and mesmerising landscape paintings. 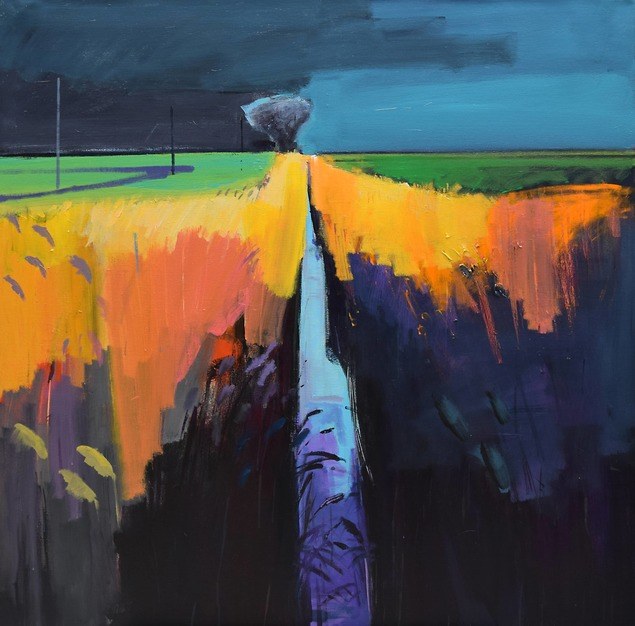 Another artist adapting the features of Fauvism is Stella Kapezanou. Stella’s paintings have gained international acclaim and her style is instantly recognisable as she seamlessly merges the intense with the ordinary, and the real with the imaginary. Works such as Orestis reinvigorate the portrait genre through the familiarity of the sitter’s pose and the bold and defiant backdrop. Rather than focusing on capturing the exact likeness of the subject matter, Stella seeks to convey spirit and personality. Encapsulating the emotive quality of Fauvist paintings, Stella’s art has a joyous feel to it with humorous, and at time dark undertones. 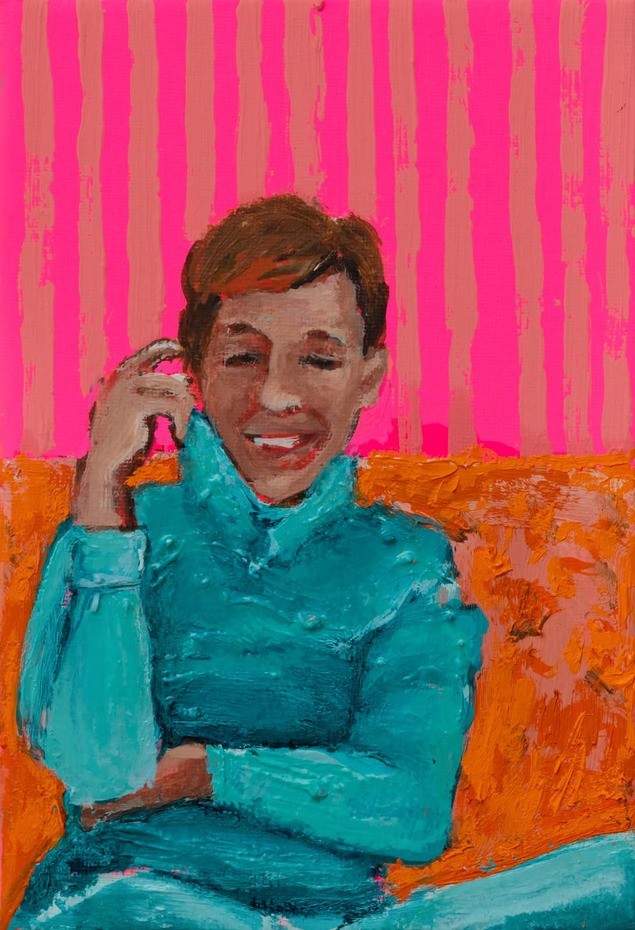 Discover work by our French artists 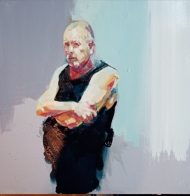 The Resident vi by Philip Tyler 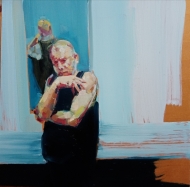 The Resident v by Philip Tyler 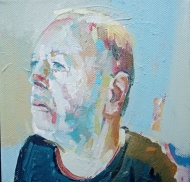 The Resident ix by Philip Tyler

The Resident iii by Philip Tyler

The Resident ii by Philip Tyler