Whether you’re a total travel buff, or simply dream of encircling the globe, styling with art can be the perfect way to take a travel adventure without leaving your home. We’ve chosen an array of paintings, drawings and photographs that will pull you to the far corners of the world, and instil that feeling of excitement that every travel bug gets when embarking on their latest adventure. Browse our top 10 travel works and indulge in some escapism. 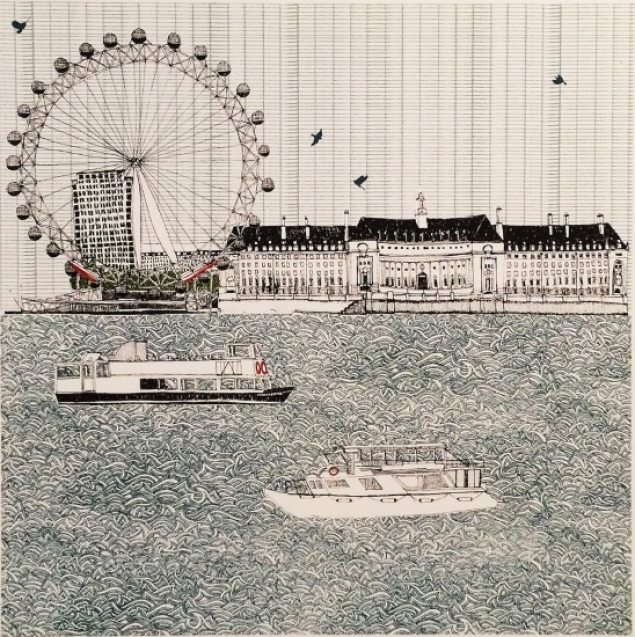 The geometric beauty of the London Eye is captured in this vintage-looking collage by Halifax, which seamlessly blends old and new visions of the Capital. The textural swirls of the water juxtaposed with the block-patterned sky really shows the artists’ background in textile design- while bringing the viewer right to the edge of the Thames. 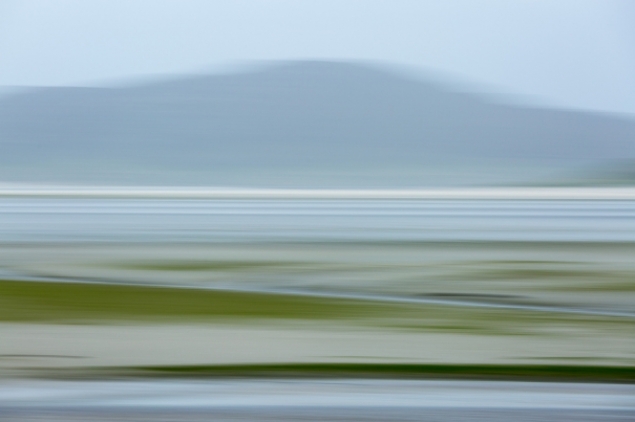 Miners is enamored with the surrealism of mountainous landscapes across the globe and it is evident in his gorgeous photographs. In this image, of the Lusentyre Bayin Scotland, Miners pushes the surrealist nature of his surroundings by blurring the landscape into lush, flowing colors. 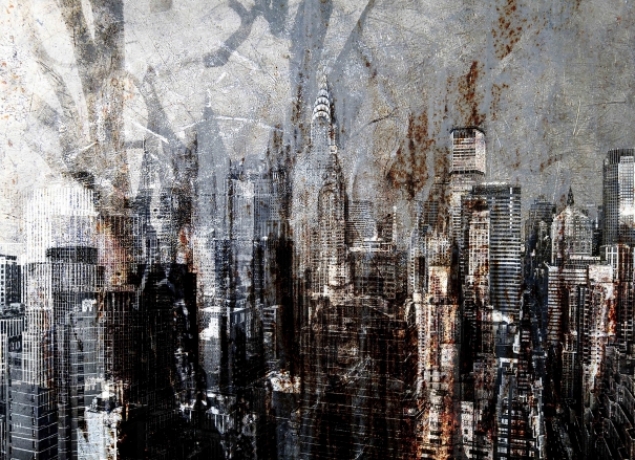 The energy of the original concrete jungle seems to vibrate in Irwin’s manipulated photograph of the Big Apple. The duplicated Chrysler Building, and Midtown skyline, echoes the density - and excitement - of New York City. 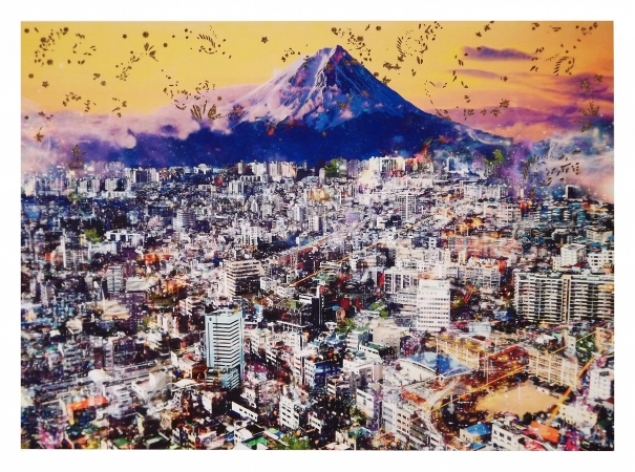 King infuses the colorful culture of Japan into this print of Mt. Fuji and the surrounding metropolis of Tokyo. Her lurid drawing is enhanced with lasercut details and a glitter glaze that literally makes the piece sparkle. 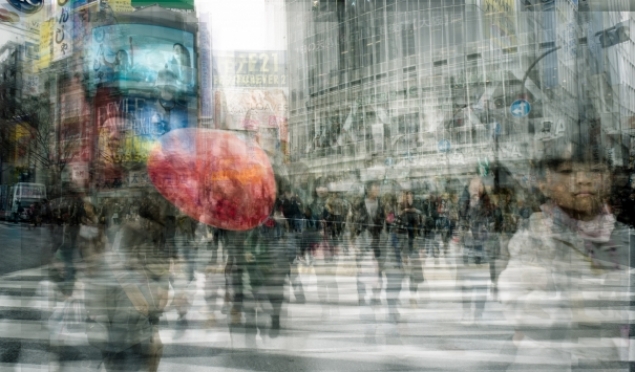 Feel the hustle and bustle of the Shibuya district in Tokyo, with Magherini’s multiple exposure C-print. Magherini’s fascination with Tokyo is evident in this lively print, which shows the passage of time in the busy city centre, from one vantage point. 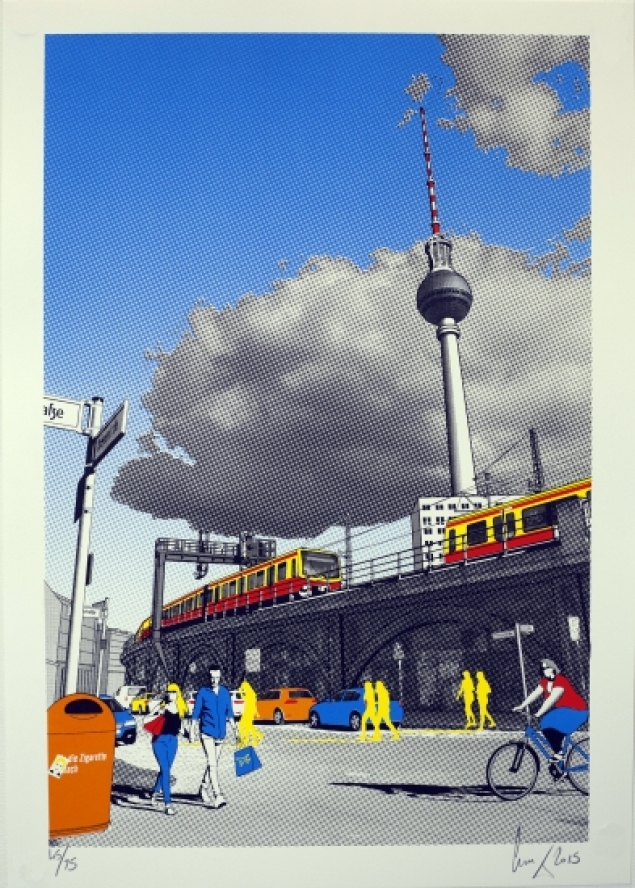 The popular centre of Berlin is shown with a retro twist, in this 6 colour hand pulled screen print. In the center is the symbol of the old GDR regime, Berlin’s famous Fernsehturm, more commonly known as the TV Tower or the Alex Tower. Clad in colors inspired by the city itself, the piece is a snippet of daily life in the German capital. 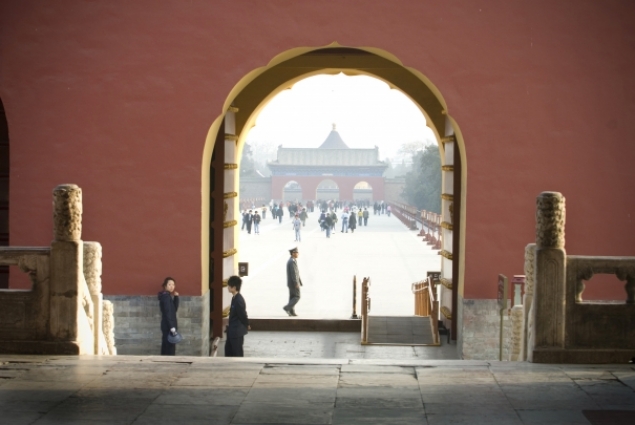 Be transported to the former Imperial palace through Jelf’s photograph, which frames the Palace Museum in one of its own beautiful, red arches. 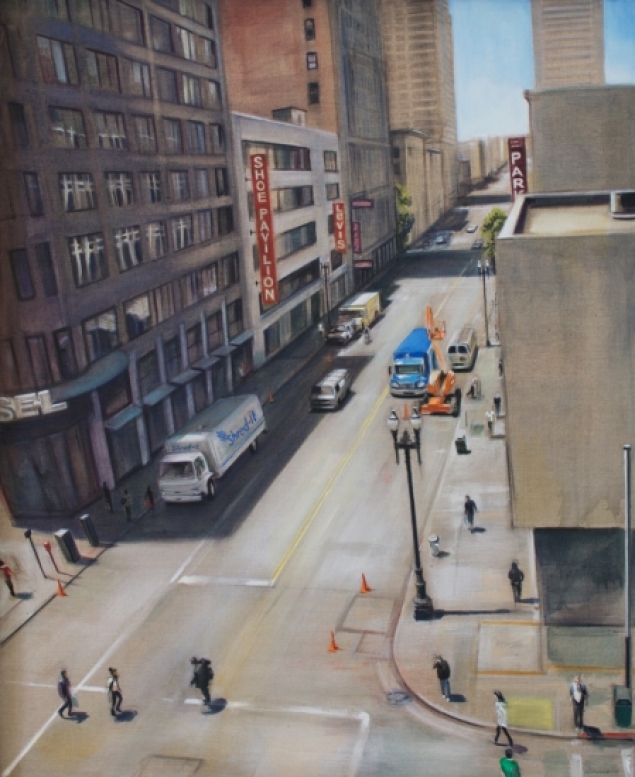 A quiet day in the busy “city by the bay” unfolds in Peskett’s large-scale realist oil painting. Peskett creates a balance of old and new - her style is reminiscent of Edward Hopper’s architectural and cityscapes, but with modern clues. Upon closer inspection, the piece reveals a contemporary twist with modern retail shops and brands lining the city street. 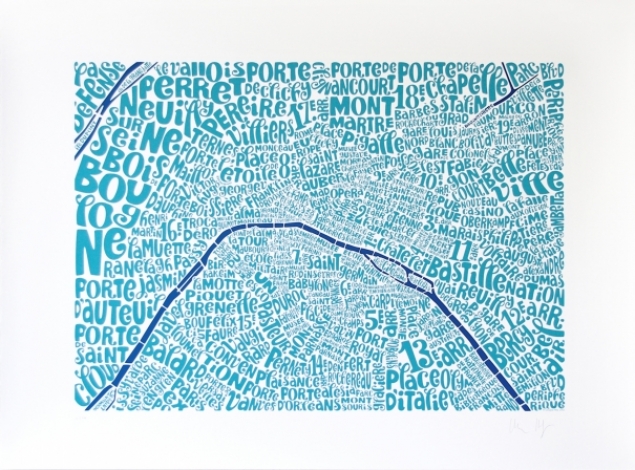 The twenty arrondissements of Paris are translated into a textural pattern of color and letters. Geographically accurate, Hitz’s vision of Paris weaves the curl of letters with the winding streets of the French capital. 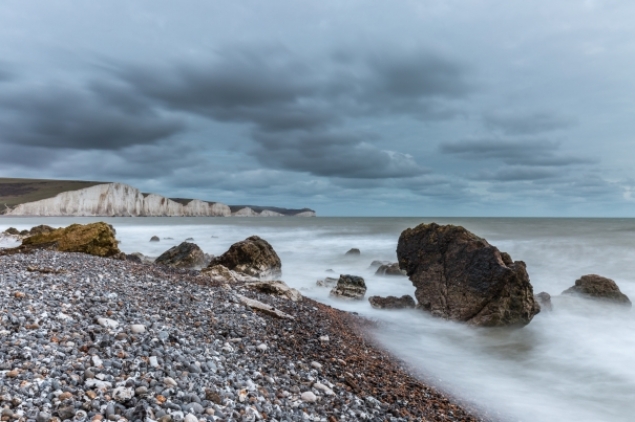 The storied chalky cliffs in Southeast England may be less known than their famous counterparts - the White Cliffs of Dover - but they are arguably more majestic, as they are free of modern development. Van Heerden brings you to a stormy day along the coast, with the seven chalky peaks emulated by grey clouds above, and echoed again with brown boulders that emerge from the surf. 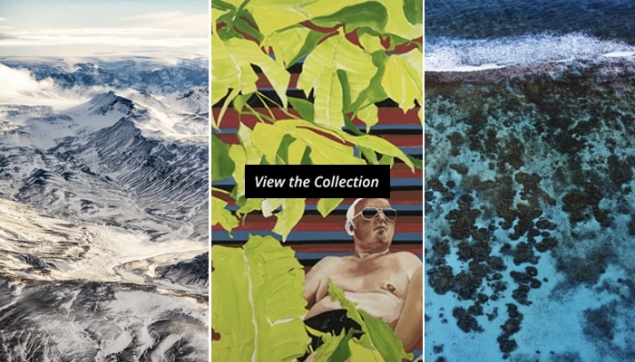 Be transported to distant and exotic lands with our collection of stunning artworks capturing all four corners of the globe. Whether you want to commemorate a beloved place once visited, or be motivated to tick off that next place on your travel bucket list, you'll find original and limited edition works to suit in this curated collection. 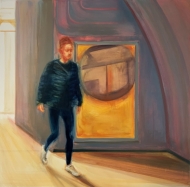 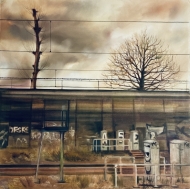