Barbara Rae is a contemporary Scottish artist known for her abstract landscapes. Her work is uniquely expressive and textured, appealing not only to the eye but also to the soul.

The artist discovered printmaking at Edinburgh College of Art in the 1960s and continued to explore the medium while…Show more travelling through Spain, France and Mexico. In 1983, Barbara became President of the Society of Scottish Artists. She has also been made a member of the Royal Scottish Academy as well as London’s Royal Academy of Art.

Barbara is widely recognised as one of Scotland’s foremost contemporary artists. She exhibits her paintings internationally and her work is held in major public and corporate collections on both sides of the Atlantic. The list of prizes and titles Barbara has accumulated over the course of her career is a long one - the most notable though has to be the CBE she was awarded in 1999.Show less

"Described by the Royal Academy of Arts magazine as "Creating intense colour bursts that evoke dramatic landscapes but remain resolutely abstract" Barbara Rae creates work that is both visually stunning and technically brilliant. Her screen print works often use over 20 different screens as well as washes to achieve their desired impact. As her impact on modern and contemporary art continues to evolve, she is gaining deserved recognition as one of the top artists of her generation."

Stay in Touch with Barbara!

"Follow Barbara to receive first access to new works for sale and the latest updates on events and activities."

Barbara Rae is featured in 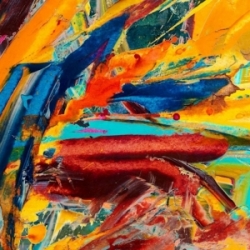 Five Artists as Funky as the Fauves 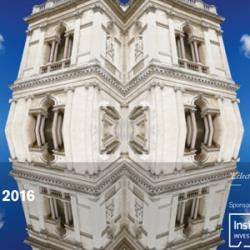 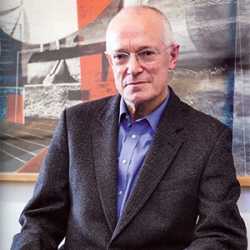 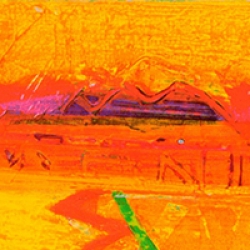