Stephen Walter is a British illustrator specialising in drawing and printmaking. Best-known for his intricate black and white hand-drawn maps, Stephen’s drawings themselves are relatively small-scale, drawing the viewer into his intricate worlds. Much of Stephen’s work is focused on London, where he observantly responds to the character and overall shape of the city’s boroughs. Within each piece, Stephen combines historical references with local knowledge and personal experience to form wonderfully complex reflections of London’s sprawling pockets.

Born in London in 1975, Stephen moved to Middlesex and Manchester for University before returning to his home city. London is a constant source of inspiration for Stephen, and he has the unique ability of creating intimate and highly considered impressions of such vast and fast-paced cityscapes. Ten years after graduating with a BA in Fine Art, Stephen went on to do an MA in printmaking at the Royal College of Art.

2008 marked a pivotal moment in Stephen’s career with his first major project, The Island: London series at TAG Fine Arts. Following the success and critical acclaim of this exhibition, Stephen created London Subterranea for The London Transport Museum and produced work for Magnificent Maps: Power, Propaganda and Art at The British Library. Today, Walter’s illustrative art is shown in collections throughout some of London’s most prestigious institutions, ranging from The British Museum and The Victoria & Albert Museum to The British Library and The Houses of Parliament Museums.

"The viewer is drawn in to Walter’s intricate, complex worlds of transport and river systems. As well as being detailed studies of these important worlds, they also possess a beauty in their web of tangled, connecting lines."

Stay in Touch with Stephen!

"Follow Stephen to receive first access to new works for sale and the latest updates on events and activities."

Stephen Walter is featured in 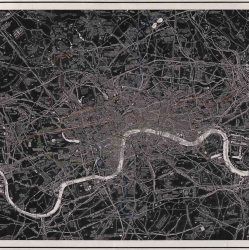 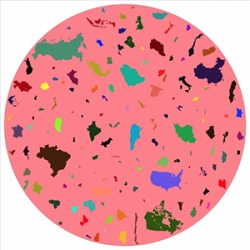