Since the turn of the twenty-first century, Middle Eastern art has slowly but surely made its way into the contemporary art canon. The process of integrating Middle Eastern art into the current art world remains slow and over twenty years on, it still isn’t as visible in leading art institutions as it should be. Initiatives such as ArteEast, a non-profit arts organisation, have been set up to provide a greater platform for Middle Eastern and North African artists, with the hope of increasing international engagement in MENA art. 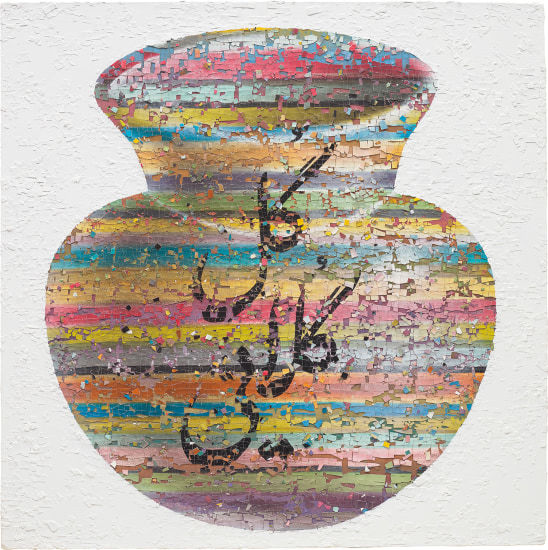 Iranian artist Farhad Moshiri creates work that draws on the formal elements of pop art to comment on the relationship between the East and the West. With his decisive and intricate technical style, Farhad combines symbols of Western consumerism with depictions of Middle Eastern artefacts to create work that weaves seemingly disparate themes and styles together.

Farhad is currently based in Tahran, and returned to Iran after studying an MFA in California and living in the US for a decade in the 80s. His work is an amalgamation of his experiences, and is executed in a tone that is simultaneously humorous and critical. Driven by the desire to break down divides, rather than focus directly on them, Farhad’s art is both probing and playful. 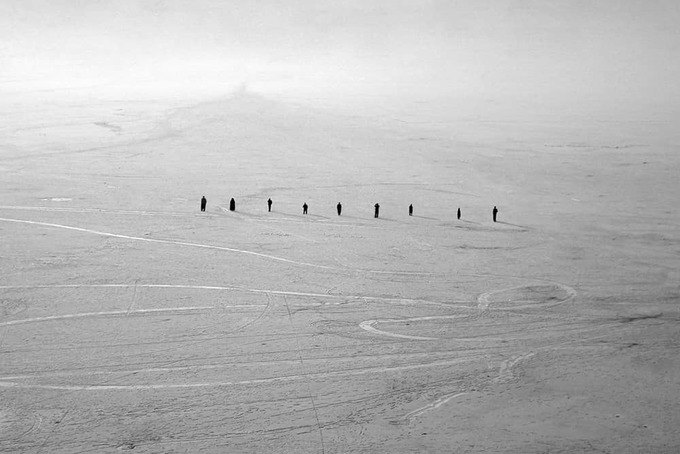 Heja Rahiminia is an Iranian photographer, exploring themes of global migration, war and diaspora through his semi-surrealist aerial photographs. Heja’s work is led by ongoing narratives of political, cultural and social strife. By incorporating a minimalistic element into his works, Heja draws focus to the body and its relationship to the land. Heja’s photographs are at once striking and mysterious, encouraging a closer inspection of the scenes he captures, from the figures, to the vast expanse of the surrounding land.

Heja studied a BA in Photography and an MA in Research of Art at the Art University of Isfahan. Since graduating in 2012, his work has been shown all across the Middle East, from Armenia, to Iraq, to Iran, as well as throughout Europe. 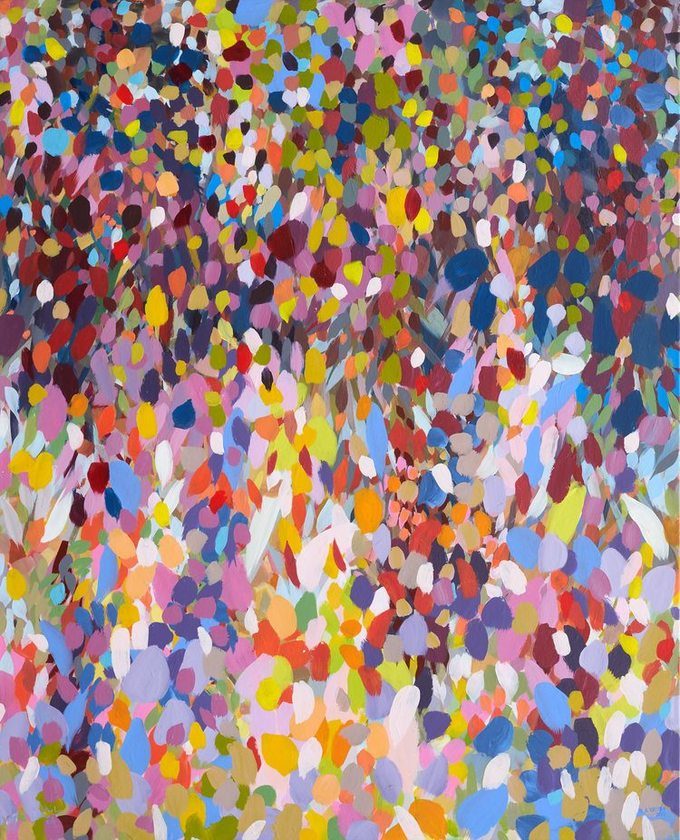 Samia Halaby is one of the leading figures in Palestinian art. Although primarily known for her vast abstract paintings, and her role in pioneering the abstract art movement, Samia is also an activist, scholar and art historian. Samia was born in Palestine, before moving to Lebanon, and then to New York, where she is now based. Throughout her career, Samia has used her art to shine a light on the struggles faced by Palestinians, and to document the landscape of her homeland.

Samia’s work has been shown in solo exhibitions throughout the US, the Middle East and Europe, and has been held in institutions such as The British Museum, the Guggenheim and the Jordan National Gallery. 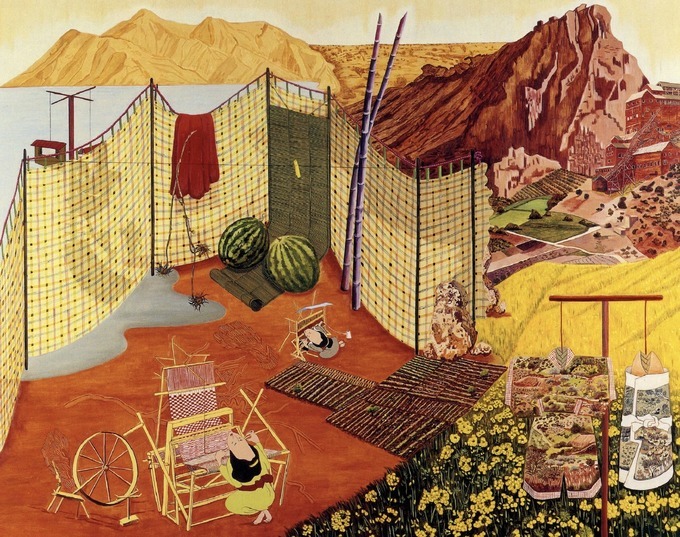 Nurit David is an Israeli artist, based in Tel Aviv. Much of her work is large scale and intricate, combining a geometric and somewhat surrealist approach to create vast landscapes, interior scenes and abstract works. Characterised by bright colours, a continuous play on depth and a style that verges on pop art, Nurit’s paintings and prints invite the viewer on a dreamlike journey through the narratives she creates.

Nurit has shown her work in exhibitions across Israel, Brazil, Germany, Japan and the US, from the Jewish Museum in US, to the Israel Museum in Jerusalem. In 2006, Nurit was awarded a major Israeli painting award and a year later, her work was hung at the Tel Aviv Museum. Over the course of her career, Nurit has taught at the Beit-Berl College School of Art and the Bezalel Academy. 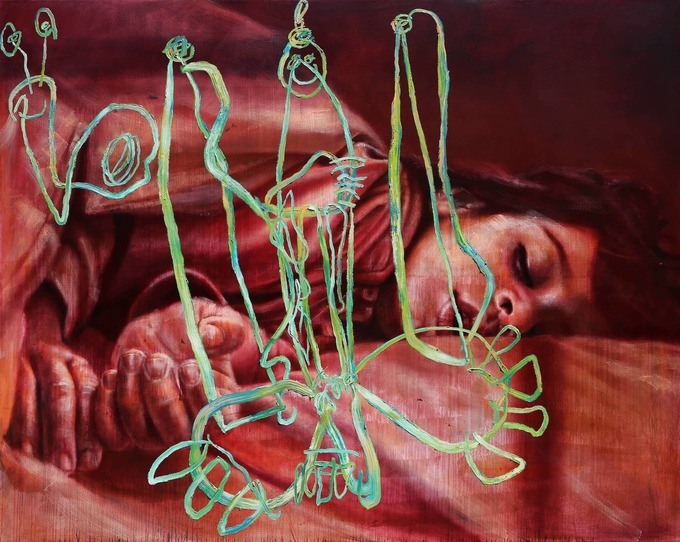 Sara Shamma is a Syrian artist based in the UK. She was born in Damascus and after graduating with a degree in Fine Art from the University of Damascus 1998, Sara moved to London. Sara uses her art to comment on the Syrian Civil War, the displacement of Syrian refugees and the impact of human trafficking. She explores humanity, identity and mortality in a range of styles and mediums.

Sara’s figurative paintings have a direct poignance to them, in which she reinvigorates the portrait genre to express the deep rooted pathos, longing and emotion of the sitter. With a belief that death gives meaning to life, Sara addresses a typically taboo subject head on, giving her paintings visceral detail and palpable expression.