They’ve created some of the world’s most iconic images, but they’ve gone largely unknown. Until now. Welcome to the world of the fine art illustrator. Daniel Rolnik reports. Plus a top ten of who’s hot right now.

Commercial artists once hid their identity from the fine art world. Hard to believe eh? Hard to believe too that they were mocked, even, dare I say bullied, for creating imagery meant for public consumption rather than private rapture. But as we progress as a society, we see there’s really no difference. We share everything.

Or at least the smart people do.

With privacy a thing of the past, so perhaps is the need to separate a commercial creative practice from that of a self-induced state of creation. Our bosses are on Facebook, and so too are our friends, enemies, and our lovers past and present. Now there’s no hiding anymore, the people who create commercial work to make a living, and fine art to satiate a passion, are at last able to embrace both sides of what they do and the world is paying attention.

Photographers were the first creative individuals to progress these blurred lines. Most recently, Instagram has played its part. It is single-handedly the most effective tool at the moment for artists to grow a fan base because it purely relies on visual imagery: there’s no hiding in convincing (or pseudo-convincing) text. But it’s tough to make a solid living as a full-time fine art photographer; especially in a wrecked economic state (Hello America, Hello Europe etc..). So it’s unsurprising to see fine art photographers also making money doing commercial gigs: shooting ad campaigns, weddings, and so on. Anything to stay in a profession that connects them to their medium.

Question: is this a good thing? Is working on someone else’s vision not just about the worst thing in the world to a creative person?

Creative people like control. They’re typically perfectionists to the point of self-destruction in order to fulfil a personal destiny. Or, maybe they’re so anti-perfectionist, that they wind up doing the same thing anyways. As a commercial artist you become a tool, rather than a creator; acting as a vessel to manifest someone else’s vision and not your own. The photographers who persist the most with their fine art practice get into galleries and exhibitions; most of the time not selling any work, but impressing fans nonetheless.

But there’s a new breed blurring the lines between commercial and personal work. These guys are bending a whole new tool set of social media outlets to their will, and reaching a new fine art audience for their work.

Adopting Instagram and ETSY as their personal playgrounds, illustration artists are now cultivating their fans in a next-level way. My favourite outlet of all their tools is KickStarter, which is radically advancing how artists can turn their passions into full-time professions. Take Jed Henry, who raised over $300,000 to release a set of Japanese woodblock prints based on video game characters. His original target? $10,000.

I’m sure one day Henry will become a case study for someone, but the truth is you only need to be told one sentence: To raise money on KickStarter for an art project, you have to present something to the public that they are actually interested in and want to buy. It doesn’t matter how good your video is, or your text, or your marketing: if you have something that doesn’t grip people’s high spirits then you won’t sell a ton of anything.

Just as with photographers, it’s extremely difficult to make a full-time living as a fine art illustrator selling works on ETSY, or through galleries, so most illustrators do commercial work in order to survive. In fact, the definition of an illustrator is someone who creates art for the purposes of commercial use. However, I argue that the definition has changed to mean someone who makes art using pen, ink, and/or gouache instead of traditional oil or acrylic paint. And then to further the argument, the idea also implies they have some sort of stylized technical skill (whereas a painter doesn’t necessarily have skill, by which I mean: the ability to render an object, scene, or person in a lifelike way).

To survive and pay rent, many illustrators, who want to live and die by the pen, typically land jobs as storyboard artists for film, graphic designers, mock-up artists for ad campaigns, video game creators, and the like. And if they are lucky enough to not have to sign non-disclosure agreements, which are contracts that enforce a no-sharing policy of any art done for a specific project, then they can help build their audiences in a way that people like Drew Struzan are just now doing.

Struzan, by the way, is the illustrator that created most of the world’s iconic movie posters; from E.T. to Star Wars.  However, up until recently, he was largely unknown. Don’t get me wrong, his work was known to millions of people. But those millions of people didn’t know the name of the artist that created what they had seen. It’s only now, in today’s social media world, that the anonymity of someone who creates something as powerful as the poster for Indiana Jones is vanishing, and these artists are getting the rightful respect that they deserve.

So how exactly do you figure out the artists behind the artwork on a game? Well, thanks to companies like Ballistic Publishing and Blizzard, you can now purchase thick volumes of all the sketches and concept imagery used to create the world’s most loved characters and games. This means that people like Cecil Kim, one of the lead concept artists on most Sony video games, and their team members, like Luke Berliner, have a whole new exposure to the public.

The traditional art world doesn’t like any of this, which is why they try to put it down. It means they are losing control of the ability to force us to appreciate artwork that we may not necessarily actually like in pursuit of their own aesthetic agendas.

You know, maybe we like Mickey Mouse or SpongeBob Squarepants more than we like a Cy Twombly or Jasper Johns painting. After all: Pop Art is still one of the most popular genres to have ever existed.

The simple fact is that fans are growing in number and are now able to approach artists directly, rather than going through a middleman like a gallery or museum. And the people have obviously started to choose illustrators and photographers, those people who have had to hide their commercial work until now. Illustrators – step into the light, the floor is yours, and we applaud.

These ten artists have more than 10,000 followers on a social media platform, or have raised at least $10,000 via KickStarter, Indie Go-Go, or some other fund raising site. Click on and check em out. More to add? Let us know on Facebook and Twitter. 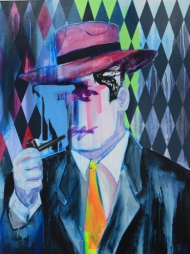 I know by Tim Fowler 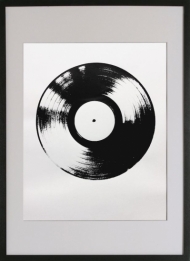