In Fine Art, the artist aims to demonstrate an idea, message or emotion through their work. It is visual art principally produced for aesthetic purposes and valued for its expressiveness. Therefore, Fine Art Photography is a mode of photography where creative expression takes centre stage.

As a style, it differs from other forms of photography - such as Photorealism or Photojournalism - because it is less about digitally documenting a subject and more about using digital devices as tools to record an artistic vision. In other words, rather than images that display a moment as the camera sees it, Fine Art photographs present what the artist sees. 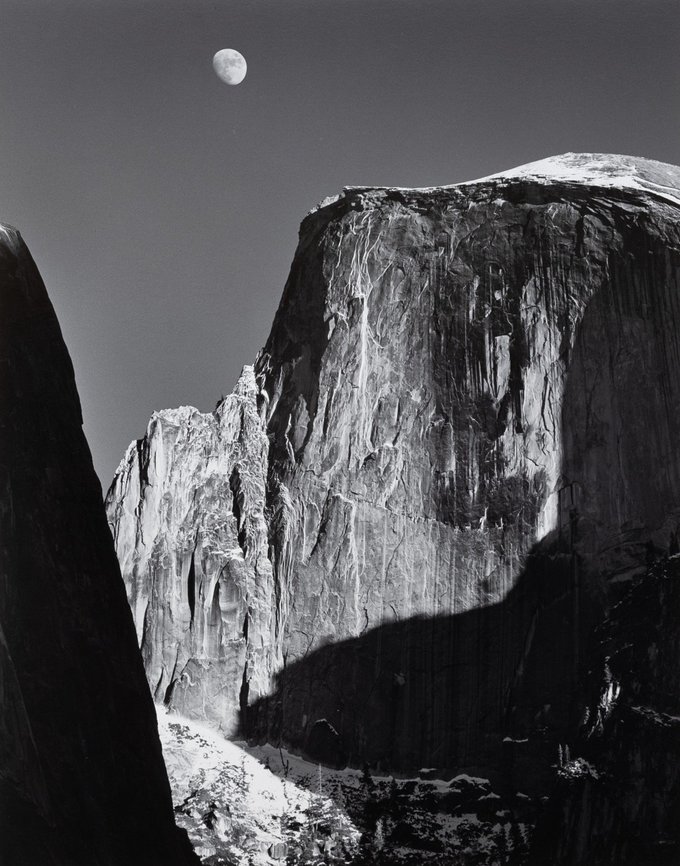 American landscape photographer Ansel Adams (1902 - 1984) was celebrated worldwide for promoting wildlife conservation with his iconic black-and-white images. Ansel assisted in establishing photography among the Fine Arts, arguing that “Art implies control of reality, for reality itself possesses no sense of the aesthetic. Photography becomes art when certain controls are applied.”

In this sense, for photography to be Fine Art, it must be more than just a literal representation of something. The image must communicate that it was deliberately curated by an artist to convey an idea, not just snapped by a camera to immortalise a scene.

Some non-exclusive characteristics of Fine Art Photography include the following: explicit editing and manipulation of a subject; it makes an artistic statement; and the work is created purely for its aesthetic or imaginative nature.

Bauhaus, 2020 by Andreas Gursky (image courtesy of the artist's website)

German photographer Andreas Gursky is famous for his impressive photographs that explore consumer culture and contemporary life. His lofty and highly manipulated images, combining dizzying, repetitive motifs and latticed patterns, observe the effect of capitalism and globalisation on modern life. Sometimes said to take pictures of things that do not exist, Andreas doesn't use his work to explore reality but to look beyond or behind what's in front of us. 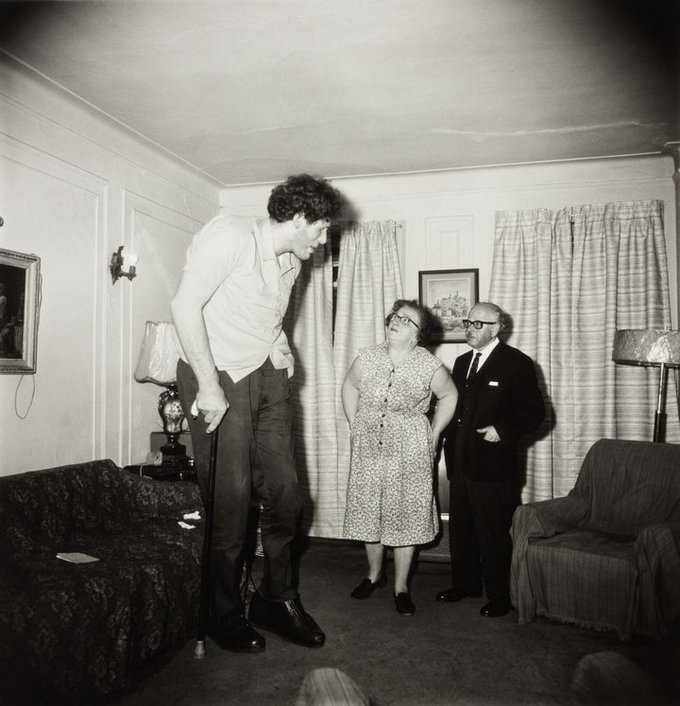 Jewish Giant at Home with his Parents in the Bronx, N.Y. 1970 1970 by Diane Arbus (image courtesy of The Estate of Diane Arbus LLC and Tate)

Diane Arbus (1923 - 1971) was an American photographer recognised for her black-and-white portraits of people on the margins of society. Diane is honoured for giving underrepresented groups a platform, capturing transgender people, circus performers, and the mentally ill. Strange and often unsettling, Arbus's work aimed to capture the space between who someone is and who they think they are, embracing human eccentricities and contradictions. Her works continue to elicit critical reactions long after her death. 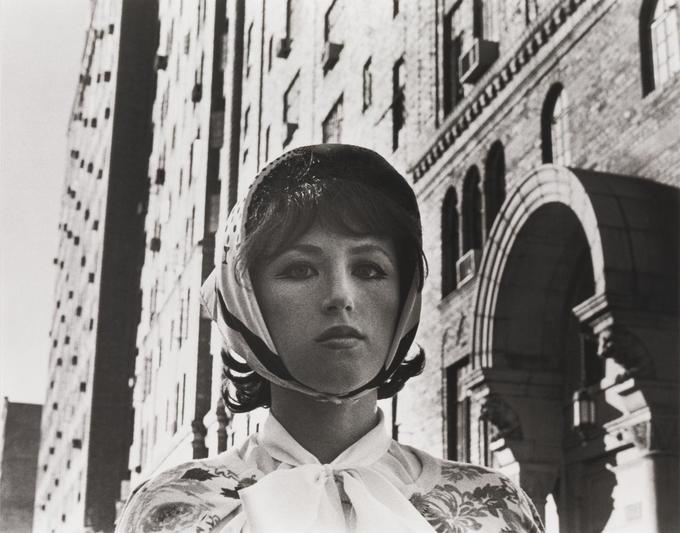 Untitled Film Still #17, 1978 by Cindy Sherman (image courtesy of the artist and Tate)

Cindy Sherman has penetrated ideas around identity for over four decades, engaging with the visual and cultural codes of art and gender and deconstructing the many roles we play in society. Cindy, alongside some of the most influential artists of the Pictures Generation - a group comprising artistic stalwarts such as Richard Prince and Louise Lawler, came to fame in the 1970s by responding to the rise of mass media and celebdom. 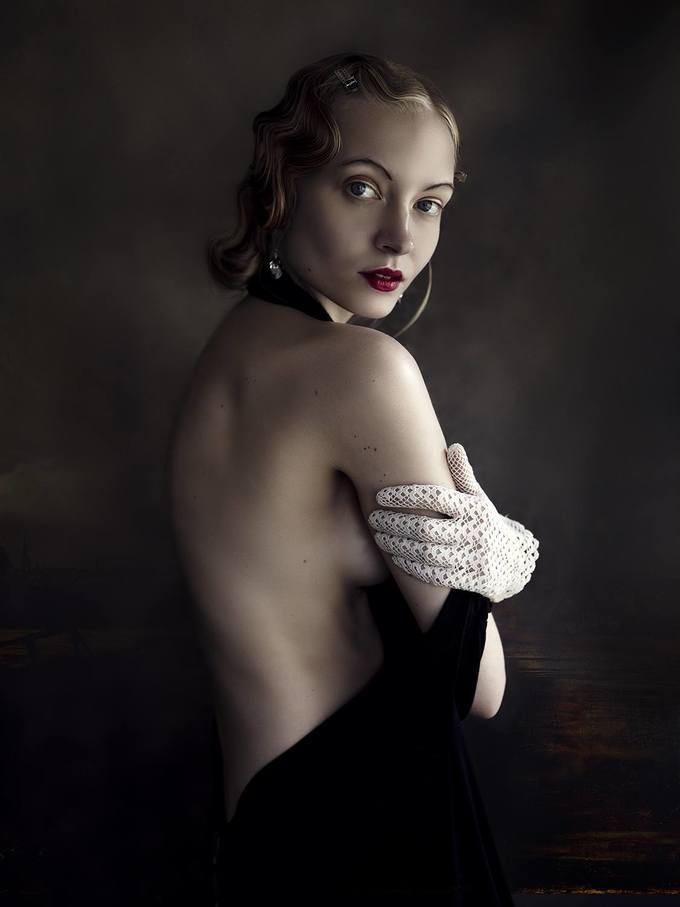 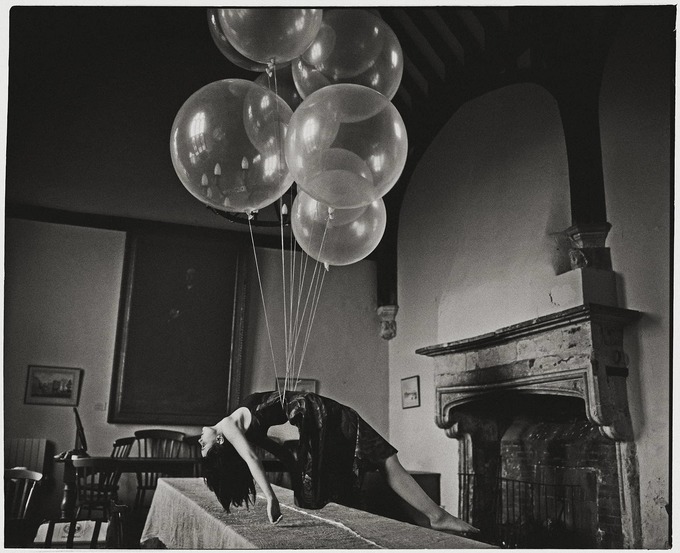 Ofelea and the Flying Balloons by Vikram Kushwah

Fashion photographer Vikram Kushwah is heralded worldwide for his unique and onirique photographs of phantasmagorical worlds. Vikram stages fairytale scenes which both haunt and charm as they blur the lines between fiction and reality. The photographer is a Vogue favourite and was shortlisted by the National Portrait Gallery, London, for the Taylor Wessing Portrait Prize 2019 and the Portrait of Britain 2018, winning in 2019. 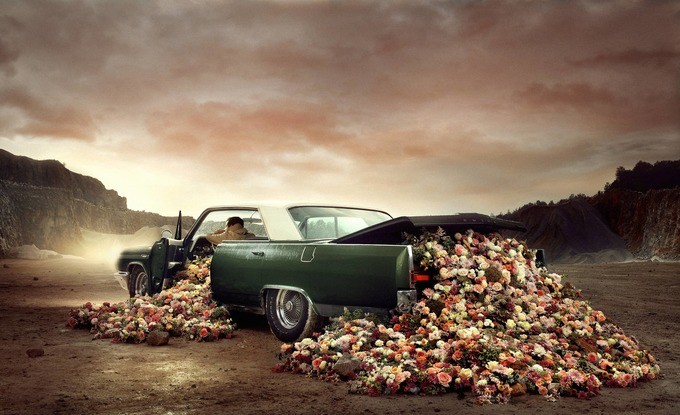 I Bloom For You by Martin Stranka

Martin Stranka is known for his surrealist, dreamlike photographs which explore the human condition and our relationship with nature and animals. His distinct brand of photography has earned him over 80 international accolades, including Professional Photographer of the Year, Nikon International Photo Contest and Prix de la Photographie Paris.