Pakistani-born Halima Cassell works primarily in bronze and clay to create large-scale geometric sculptures. Halima’s work is unique in its in-depth attention to surface pattern and texture. Inspired by her own cultural heritage, Halima also takes influence from African patterns to form complex architectural sculptures. Anywhere between 100 and 250 hours goes into each sculpture, making for pieces of art that are intricate in design and captivating in appearance.

Halima was born in Kashmir in 1975, and although she moved to the UK at an early age, she has always felt a strong attachment to Pakistan. After completing her BA and MA in 3D design at the University of Central Lancashire in 1997, Halima embarked on her career as a fine art sculptor. Following the success of her debut solo show, Carved Earth, Halima's abstract sculptures became highly sought after, and were bought by the V&A, along with 16 other prominent museums around the world.

Halima has been recognised as one of the leading figures in contemporary British studio pottery. The recent exhibition, Things of Beauty Growing: British Studio Pottery showcased some of the most influential British potters in recent times. Touring around the UK and US, the show re-invented and reinvigorated traditional pottery. Halima included her ongoing installation, Virtues of Unity in the exhibition, which explores commonalities throughout the world through an ever-evolving series of ceramic bowls.

"The sophistication of Halima Cassell’s sculpture belies its playfulness. Her work intrigues and confounds the viewer and is begging to be explored by hand. "

Stay in Touch with Halima!

"Follow Halima to receive first access to new works for sale and the latest updates on events and activities."

Halima Cassell is featured in 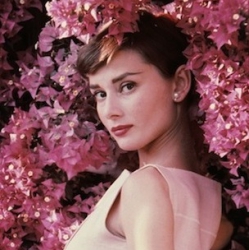 Sizzling Summer Exhibitions You Must See…