Chris Mitton left his career as a mac designer to work as assistant to the sculptor Giles Penny, and later in the stone-carving studio of Andrea Schulewitz. He now works independently, carving at his West Sussex studio. In his ‘Revalue’ series, Mitton skilfully and humorously challenges the way contemporary society treasures the transitory. Working in Carrara marble (the favoured stone of the Renaissance masters) he takes the most unlikely of throwaway items – crisp packets, bricks, crushed…Show more cans – and meticulously recreates them in marble monuments to the mundane.Show less

Stay in Touch with Chris!

"Follow Chris to receive first access to new works for sale and the latest updates on events and activities."

Chris Mitton is featured in 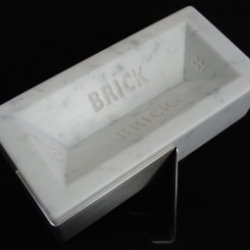