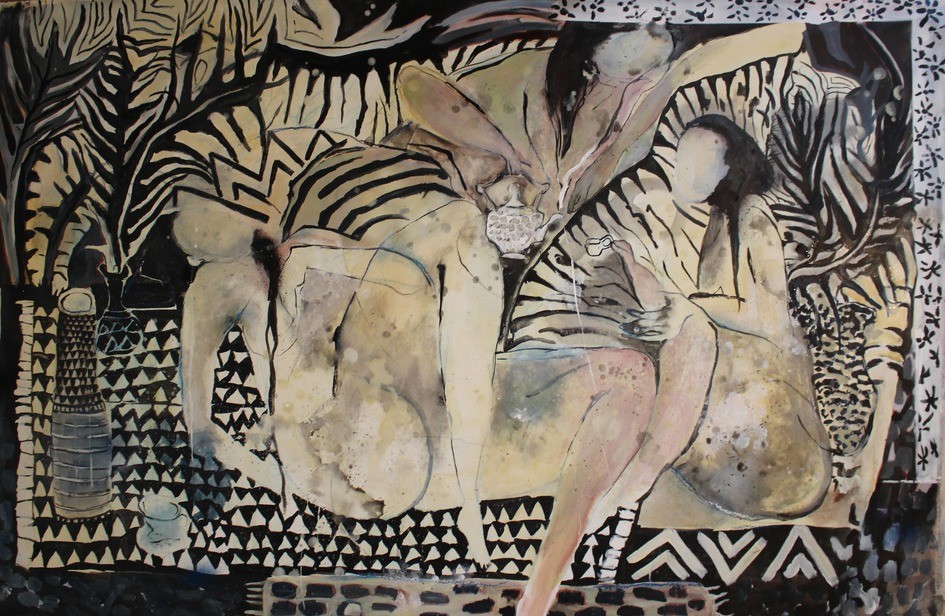 What is Art Deco?

Posted in Inside Scoop by Rise Art on 07th November 2020

What is Art Deco exactly, and how can we define this in the 21st Century? It’s been nearly 100 years since the beginning of this movement, yet the styles and imagery that were popularised at the time can still be found in contemporary art. Think clean lines, geometric shapes and stylised elements such as zigzags and chevrons – the Empire State Building, for example, is an archetype of this style. Art Deco was a declaration of modernity as the world moved into the 20th Century, and had a huge influence in a wide variety of areas such as architecture, decorative arts and design.

Whether you’re just starting out in the art collecting world or already know the ropes, we’re on hand to offer any advice you need for your next purchase. Find Art Deco art for sale here, or explore a range of styles and mediums in our wider collection. 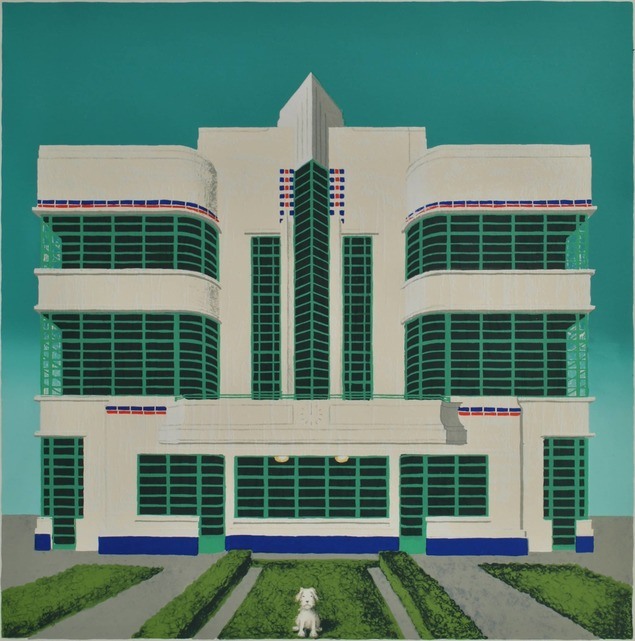 History of the Movement

Art Deco first popped up in 1920’s France, taking its name from the 1925 Exposition International des Art Décoratifs, and quickly spread around the world to enjoy success in Europe, the United States and more. It marks a period of relative peace and prosperity between the two World Wars, which is expressed through the use of luxurious finishes and expensive materials.

Pioneers of the movement can be found in a range of different disciplines, from the architect William van Alen who designed the Empire State Building, to the fashion illustrator Erté who created elegant images of women draped in luxurious fabrics and jewels. While most consider that the movement ended around 1935, many of these images have endured and remained popular in the modern day. 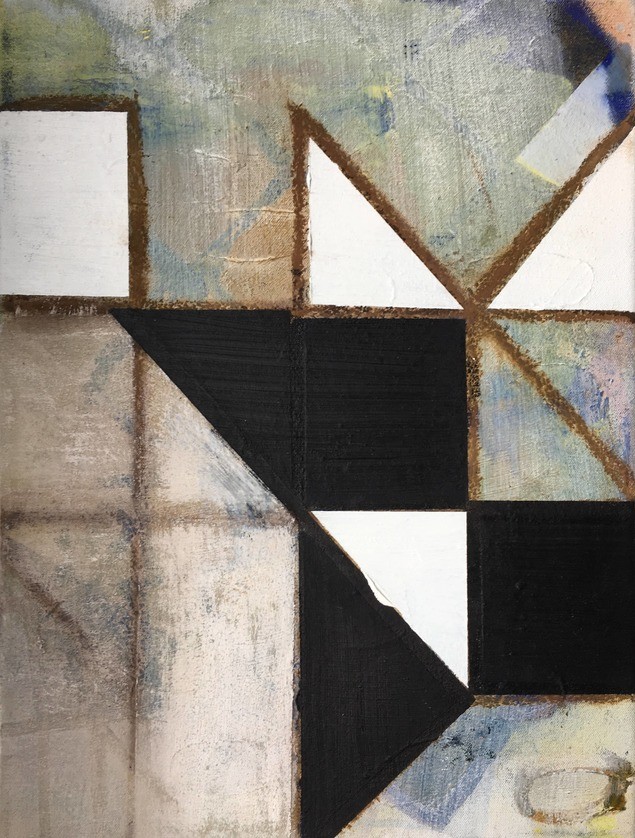 What is Art Deco Style?

Art Deco has been referred to as “Cubism tamed”, which can be a good way to understand the movement’s signature style. Artworks are characterised by a fascination with geometry and fragmented forms, but to a lesser extent than the abstract creations of Cubist artists.

Another key feature of Art Deco is its sense of optimism for the future, as countries moved from the austerity of the first World War into an age of opulence. We’ve all heard of the roaring twenties, a name earned from the wild parties and economic boom that was occurring at the time. These feelings of excitement are translated through the artworks, which tend to depict wealthy people in luxurious settings. 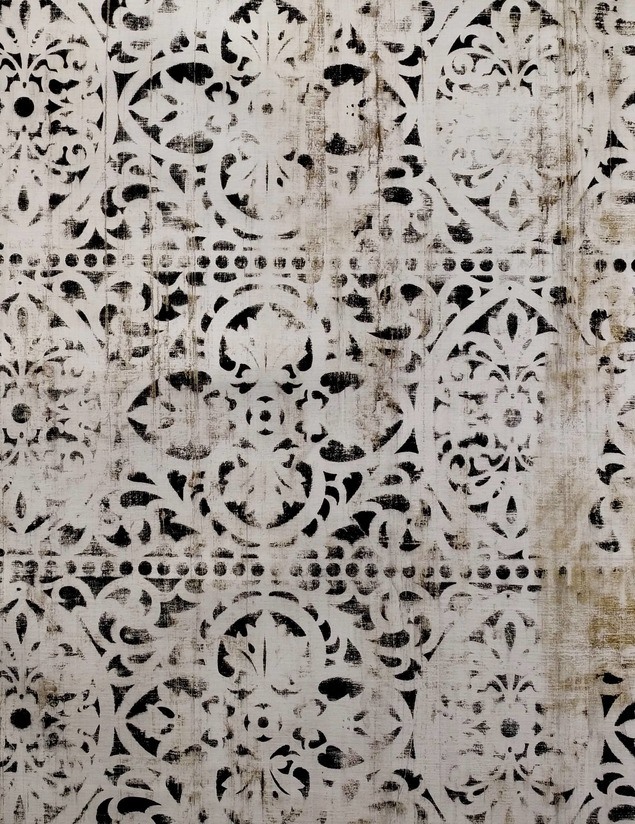 Some Little Memories 3 by Luca Brandi

Art Deco has certainly changed in character since its beginnings, and artists these days don’t create art deco pieces per se, rather they draw upon some of the styles of this movement. From sleek geometry to opulent colours, our selection of Art Deco Artists includes a range of painters, photographers and other visual artists that have been inspired by the movement.

Alexander Grigorev is a Russian sculptor whose unusual works make nods to Art Deco. Composed of abstract geometric shapes, these wooden sculptures are finished with a gold paint that is reminiscent of the luxury of the movement. Through these works, Grigorev aims to connect his experience of Russian and Asian traditions with the social reality of Europe. 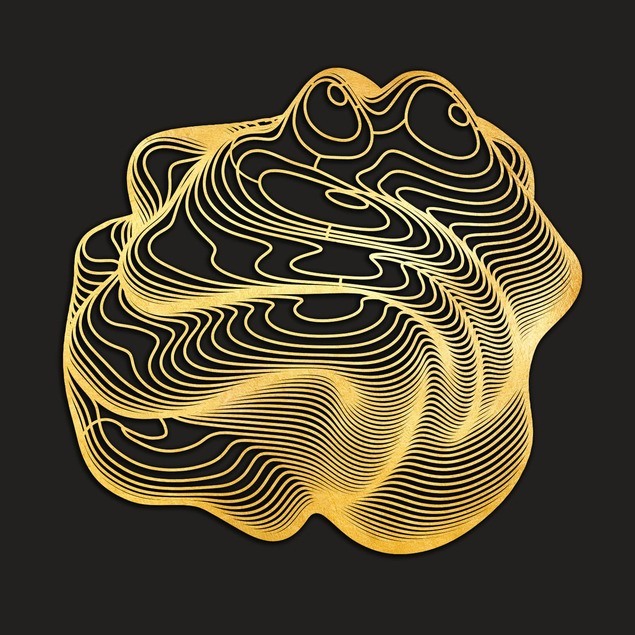 British painter Ruth Mulvie is a contemporary artist known for her bright palette and the cheerful style of her work. These works play with colour in a particularly Art Deco way, blocking them and separating each colour from the next with clear and crisp lines. The imagery is also nostalgic, depicting scenes such as women in vintage bathing suits and children playing outside. We love the way that she evokes memory through her mastery of colour and a bold, impactful painting style. 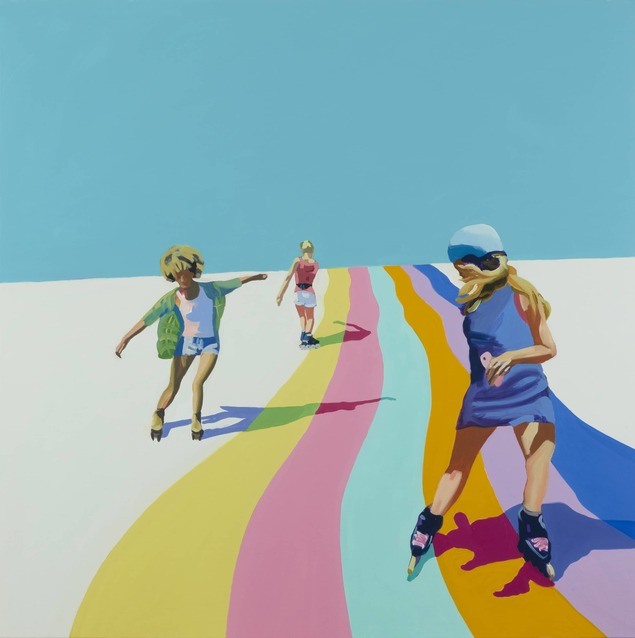 Skate the Window by Ruth Mulvie

For more exciting sculptures, check out the work of Mark Beattie. This British sculpture works mainly with metal to create his abstract sculptures, referencing Art Deco through their focus on geometry and metallic finishes. Circles feature heavily in his artwork, and through this he explores ideas of balance, perfection and unity. What makes Mark’s sculpture so unique is his use of LED lights which he incorporates into the work, often sitting at the centre so as to suggest a kind of life force or cosmic energy. 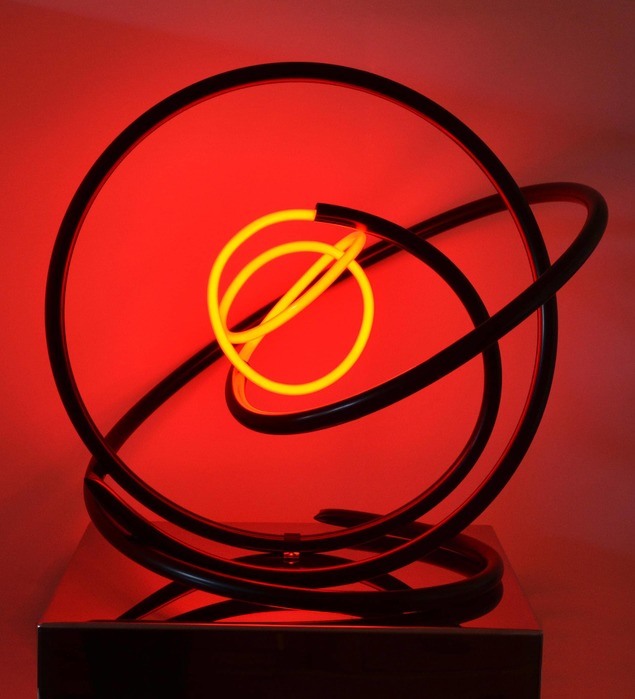 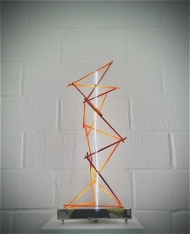 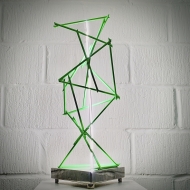 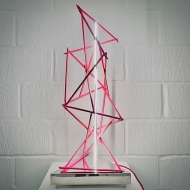 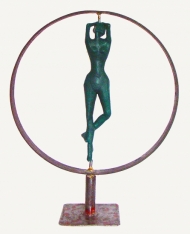 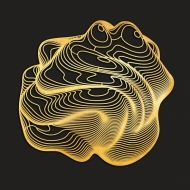