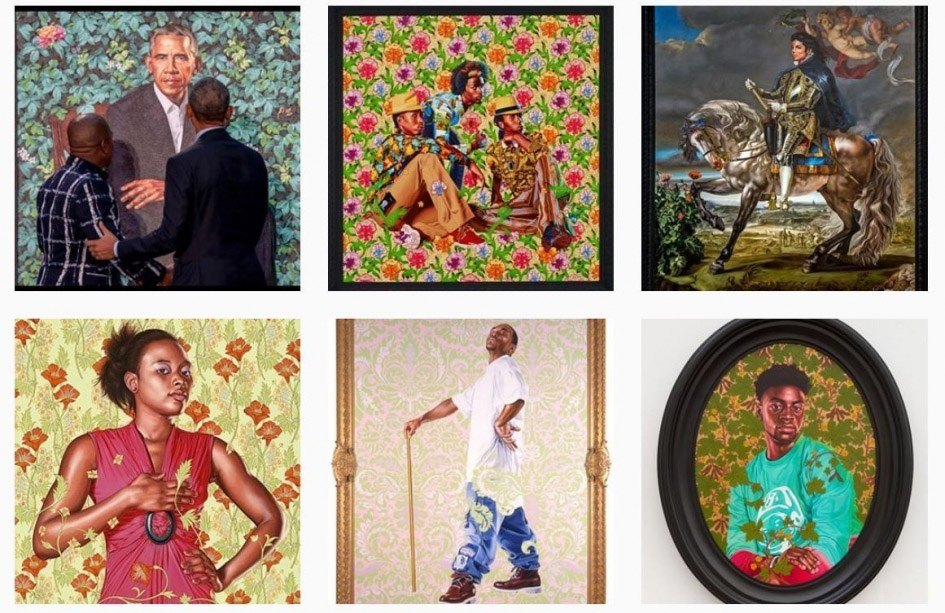 Posted in Inside Scoop by Ruth Millington on 11th June 2019

Challenges to traditional depictions of gender in art are becoming increasingly common. Many contemporary artists are using their practice to question gender norms. It reflects a wider societal shift: increasingly, we are challenging traditionally feminine and masculine ideals to blur boundaries. Meet 6 emerging figurative artists who re-define gender identity through depictions of the body, dress and everyday objects. 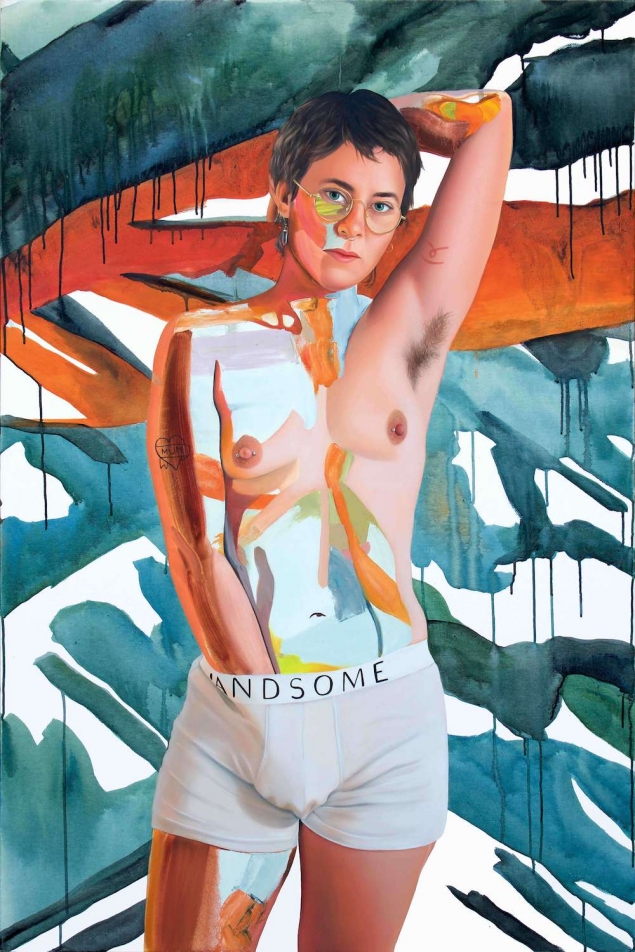 Sydney-based artist Kim Leutwyler is known for her colourful paintings of LGBTQ-identified and queer-allied women. Many of her subjects are close friends, pictured against bold patterns in a celebration of diversity. Androgyny, body art, gender confirmation surgery and piercings are not uncommon among the people you see in her work. 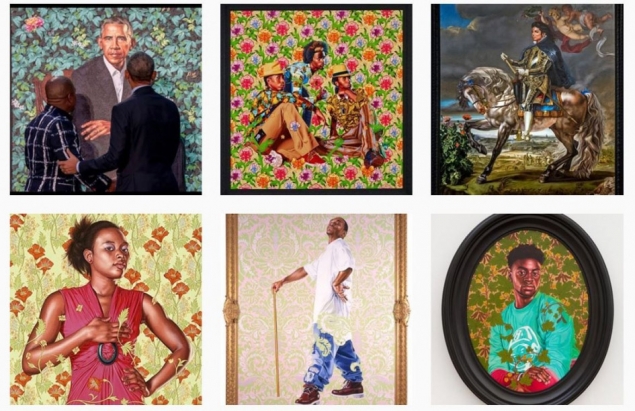 Kehinde Wiley uses heroic portrait painting to address the image of young African-American men. His work challenges media representation of black masculinity as synonymous with violence. Instead, he embraces differences in gender. His subjects come casually dressed in everyday clothing, with tattoos and wristbands on show. Often painted against floral wallpapers, he powerfully repositions black male bodies as objects of desire, eroticism, and vulnerability. 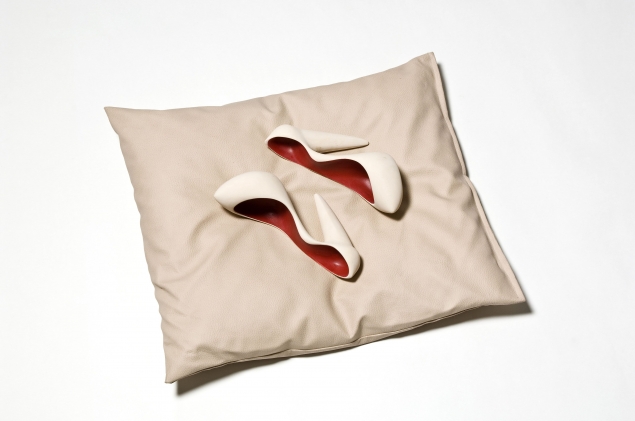 ‘Bloody Shoes’ is one of Olivera Parlic’s symbolic artworks which question gender and sexuality.

Olivera Parlic is a Serbian artist who transforms everyday items into subversive sculptures. In many of her works, she displaces objects associated with domesticity, questioning the expected role of women in the home. In others, fetishistic sculptures are fashioned from hair, rubber gloves and high heels, highlighting – rather than suppressing­ – women’s sexual desire. 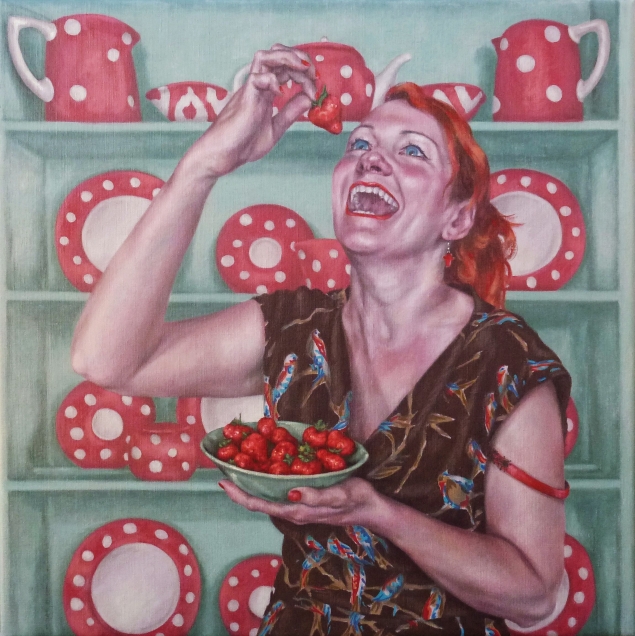 Roxana Hall’s performative paintings depict women in the home. She disrupts the traditional setting by picturing her characters in surreal, strange and surprising poses. Often, you will see them with their mouths open (which is an extremely rare sight in any portrait). In place of demure, prettified housewives are loud, laughing women. Many of them appear slightly sinister. 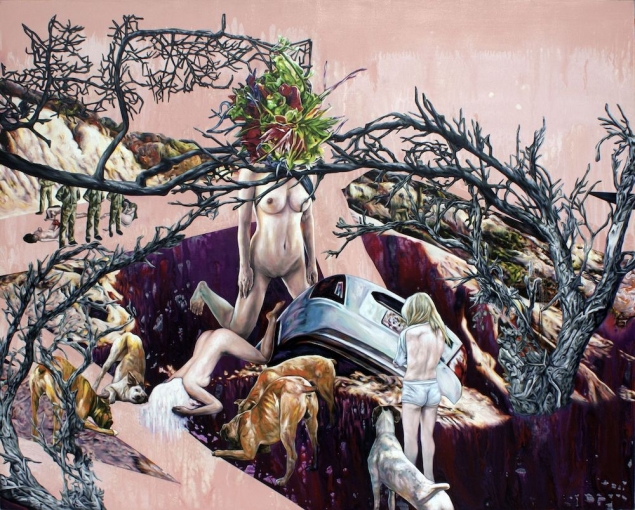 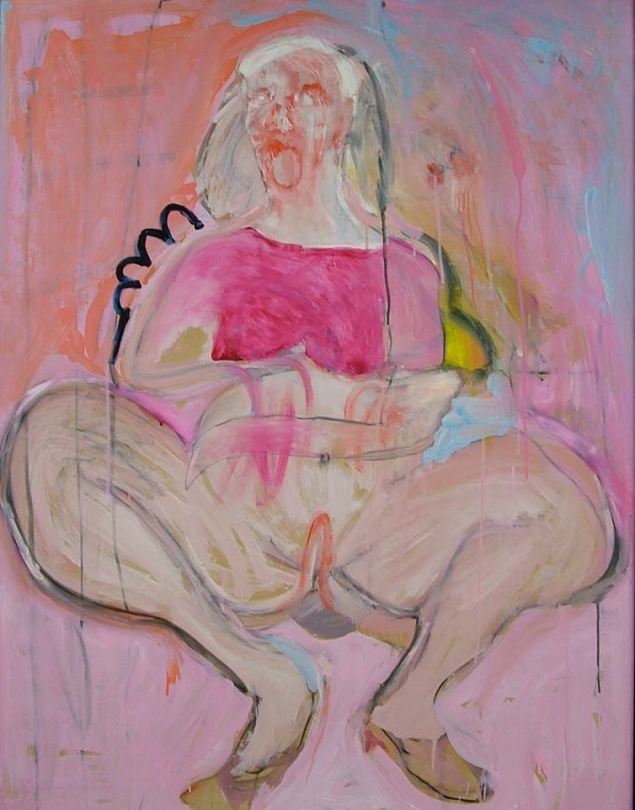 Joe Hesketh’s large, narrative paintings challenge clichés of women. Instead of portraying so-called ‘ideal’ figures, she paints strong women in all shapes and forms. In many of her images, she uses exaggerated, cartoon-like proportions to poke fun at the overly-sexualised representation of women in art history. 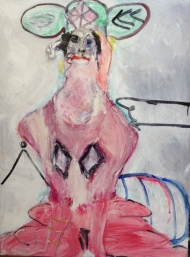 The Inevitable by Joe Hesketh 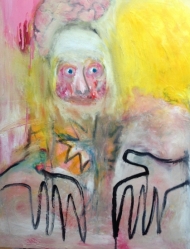 Can't Take My Eyes Off of You by Kim Jae Jun

Take Me Away by Kim Jae Jun 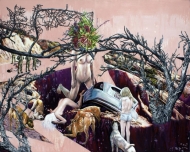 I Was At a Loss by Kim Jae Jun