Gavin Turk is an artist who’s known for questioning authenticity, and who’s made his name by deconstructing the ‘myth’ of the artist. Whether reimagining the purpose of disposable objects or playing with the meaning behind iconic pieces of art, Gavin’s approach is both direct and probing.

Gavin first made his mark at the Royal College of Art MA show “Cave” in 1991. Forever concerned with the issue of authorship, a simple blue plaque reading, ‘Gavin Turk worked here 1989-91’ sat alone in his studio space, and as a result was excluded from the exhibition. Such a stir caught the attention of Charles Saatchi and catapulted Turk into the Young British Artists movement.

Working alongside the likes of Damien Hirst, Tracey Emin and Gary Hume, Gavin was considered the ‘prankster’ of the YBAs for his provocative and subversive works, spanning from sculptures, to prints, to large scale public works. Rise Art showcases the sheer range of Gavin’s art, exhibiting a selection of his most celebrated work made in the last twenty years. 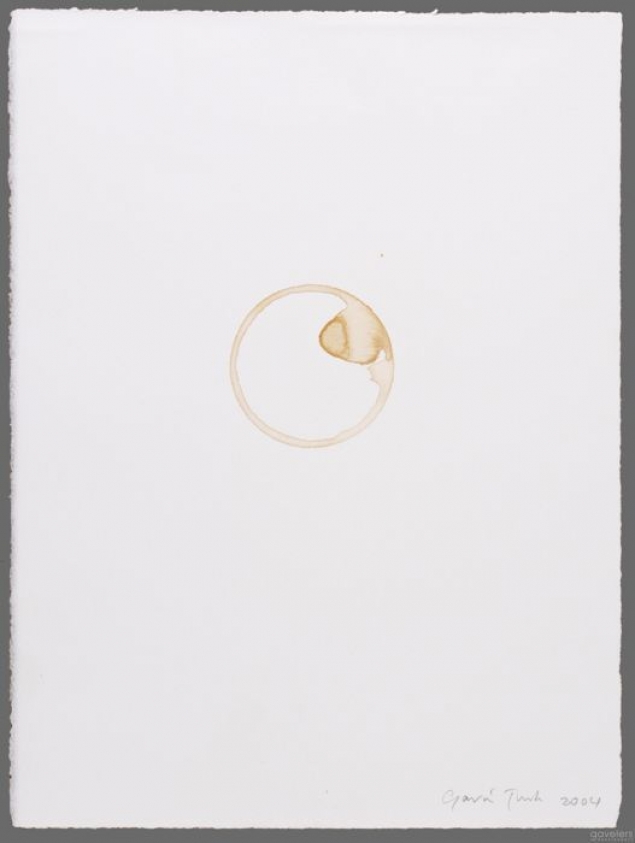 Sometimes immortalising the disposable and at other times imparting meaning on the accidental, Gavin constantly draws on the affiliation between creation and authorship. Tea Stain characterises Gavin’s concern with the mark of the artist

whilst giving weight and permanence to the worthless. Created in 2004, Tea Stain presents an array of dichotomies; the presence and absence of the artist, the deliberate and the unintentional nature of the piece, and the question of trash or treasure.

Much like the majority of Gavin’s work, Tea Stain is a comment on the role of the artist and the production of a piece of work. His bronze sculpture, Oh My Cod is another example of how Gavin seeks to highlight the contrast between the permanent and the ephemeral, this time with an element of deception. What initially appears to be a run-of-the-mill wooden chip fork is a bronze sculpture painted in trompe l’oeil to masquerade as wood. Oh My Cod is part of Gavin’s series of disguised bronze sculptures that instil a sense of beauty and grandeur in the ordinary. 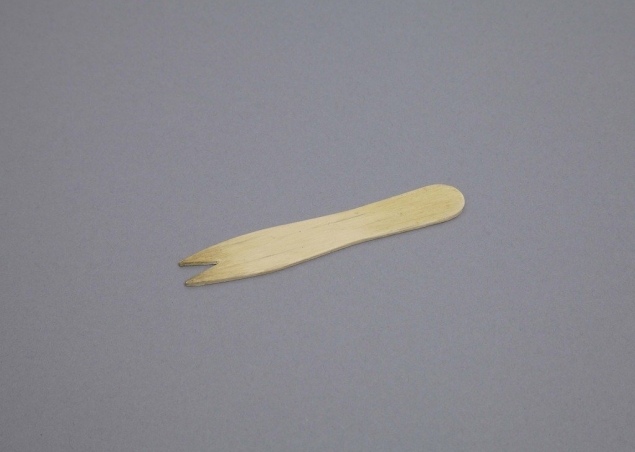 As well as being introspective, both Tea Stain and Oh My Cod have a distinct ‘Britishness’ about them. In fact, there is an enduring sense of Britishness in much of Gavin’s work. Stemming from Gavin’s blue heritage plaque, the question around British identity, it’s permanence and its character is underlying, whether in the subject matter or in its implications.

Tea is ingrained in British custom, yet its tradition also raises the topic of Britain’s relationship with colonialism. Takeaway fish and chips are also a recognisable British institution, with Gavin’s attention to a wooden fork highlighting its disposable nature. What’s more, there is a sentimentality given to the fork. Not only is it granted physical and meaningful weight by the use of bronze, it is also elevated as an object that is no longer, as one that has since been replaced by plastic.

Both pieces of art present objects and customs that are typically thought of as British, yet there is a lack of permanence to their history, thus to their Britishness. 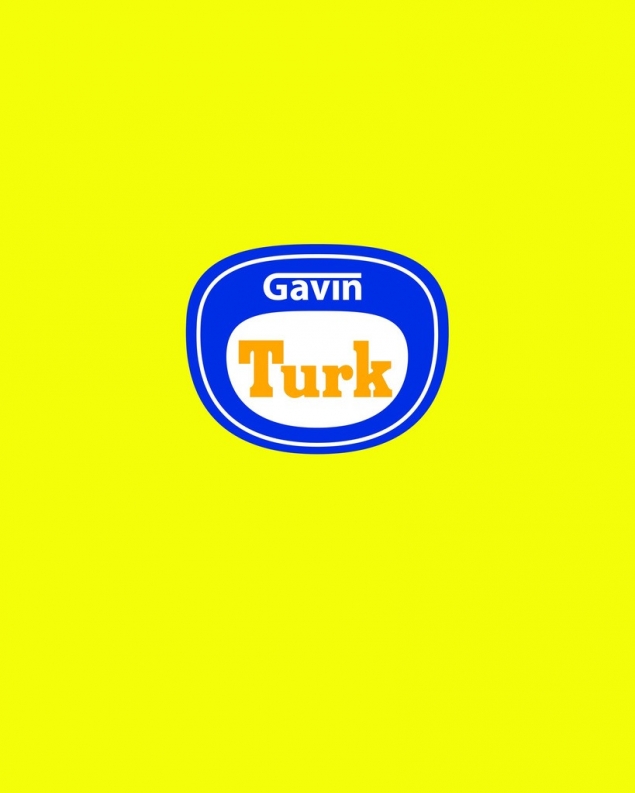 The Art of ‘Repurposing’

Recently dubbed, “the laureate of waste” by the Financial Times, Gavin uses disposable objects to comment on society’s relationship with waste and worth. Nowhere is this more evident than in Yes, a piece created to contest the cost and value assigned to art. Embodying elements of performance and audience participation, Yes originated from a series of fruit stickers Turk handed out to visitors attending Frieze Art Fair from an unofficial stand outside the fair. Given out to the public for free, the stickers turned the visitors themselves into pieces of art, whilst questioning whether art needs to have a price or a ‘value’ to be considered art.

The act of repurposing, or redirecting is an essential thread throughout Gavin’s work. From repurposing disposable items, to reworking Warhol’s famous self-portraits in his Fright Wig series, Gavin undoubtedly masters the act of recycling as the art of transformation.

The prankster, the pioneer and provocateur, Gavin draws out art in anything and everything. He elevates that which is taken for granted whilst examining and scrutinizing that which is presumed superior, thus creating art to level the playing field for everything. Driven by the need to constantly reassess the role of the artist and the meaning of ‘authenticity’ Gavin Turk is an artist who assigns new meaning to the definition of art. 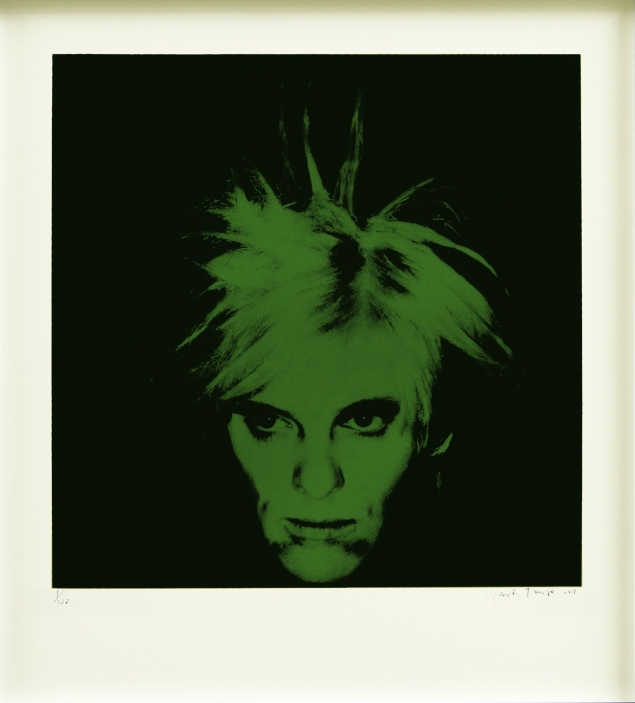