Photographers have been capturing the magic of urban landscapes since commercial cameras became available in the mid-1800s, and they continue to find the mystery of the city to be intriguing. We’ve rounded up a group of photographers who view the urban landscape through a unique lens.

Pedro Correa isn’t your typical urban photographer. The Belgian artist uses his camera like an Impressionist painter uses his brush, replicating the iconic heavy brushstroke of the Impressionist movement by capturing motion with his lens. 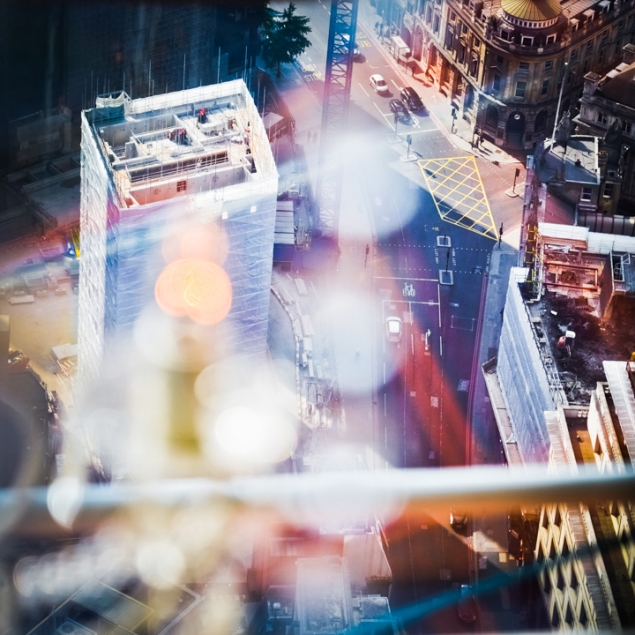 Urban scenes dissolve into dreamlike landscapes, their soft focus feeling more like faded memories than documentation of reality. Pedro’s background in painting is evident in his photography: his pieces are emotional and effortless, yet he honours the tradition of photography by leaving his captured image unaltered, editing in-camera before the decisive moment. 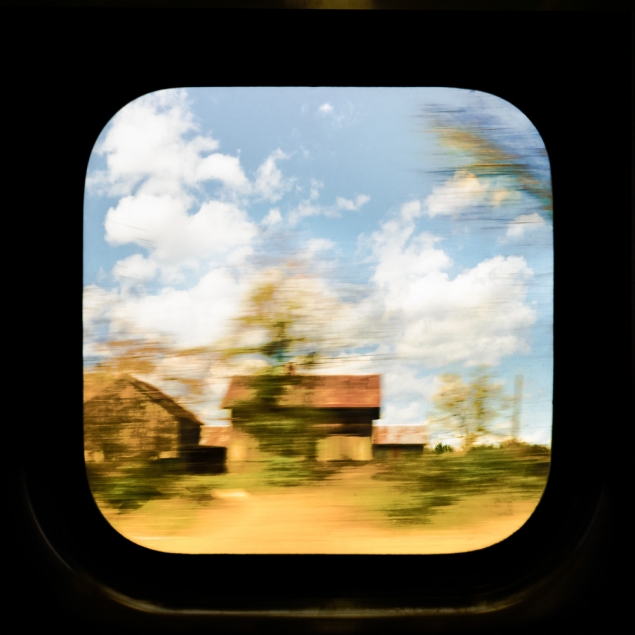 The urban landscape is transformed into an abstraction of the simplistic beauty of geometry under Tomas Cambas’s lens. The Buenos Aires-based artist’s eye grazes over the angles and arcs of street scenes, pulling out spatial forms from the grit of the city. 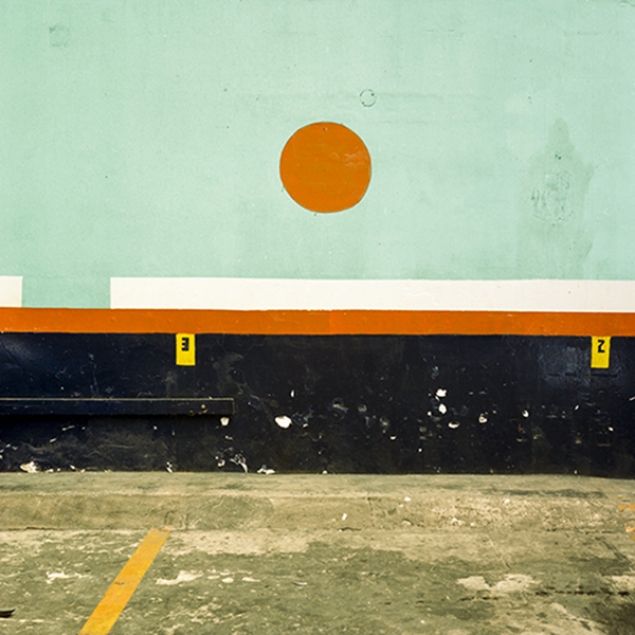 Rather than sharing a narrative of city life, his abstract photographs show a unique and quiet solitude devoid of people, giving a fresh and unexpected perspective on urban photography. Tomas’s works allow abstract art lovers to seamlessly blend photography into their collections. 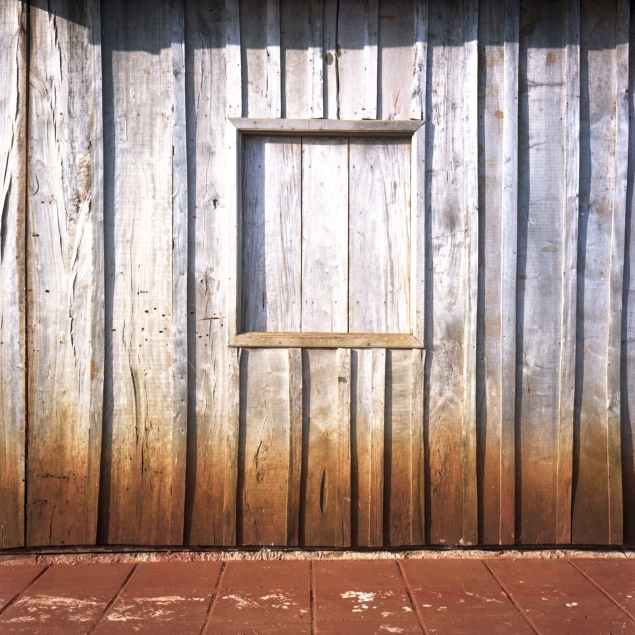 The energy and chaos of urban life comes through in Steven Irwin’s heavily manipulated photo montages. Cityscapes are scratched, stained, spattered and layered together digitally to create imagery that feels aggressive, tumultuous and rough, balanced with bursts and spurts of color. 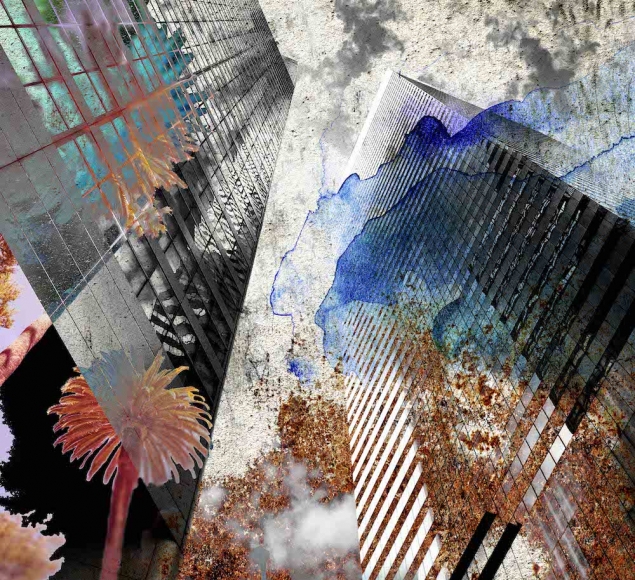 Steven’s technique, although digital, is reminiscent of damaged and weathered film negatives, the fading skylines boldly showing through his purposeful markings. 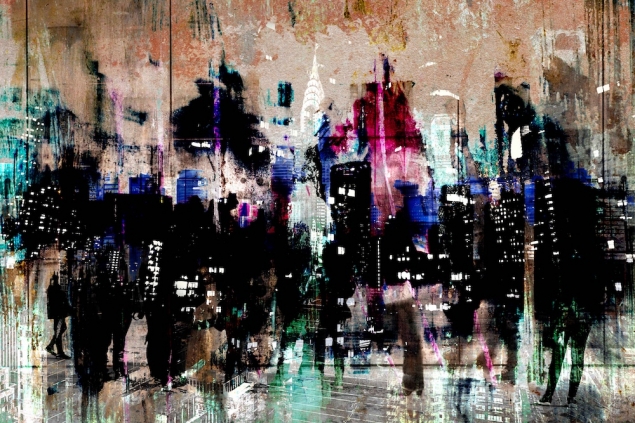 Tokyo is a city of constant movement, its dense population continually moving about in contrasting scenes of the ancient and the hypermodern that make up the Japanese capital. Riccardo captures the buzz of the city and the passage of time with his multiple exposed photographs. 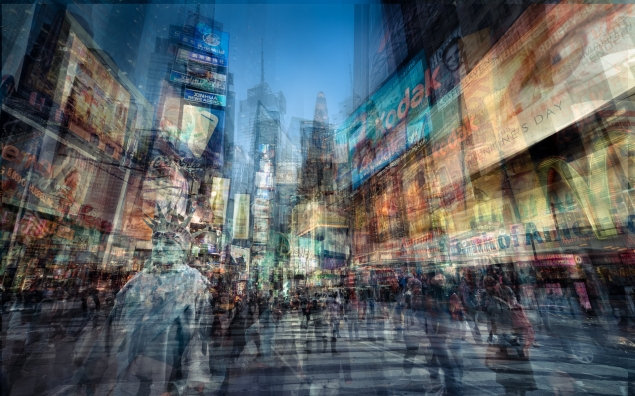 The photographer will set up a shot and record how the scene changes throughout the day. He then superimposes the frames on top of one another. The resulting pieces not only have an energetic movement, but can be read like an anthropomorphic diary, written from the location’s point of view. Riccardo has also captured the vibrancy of Florence, New York and Hong Kong. 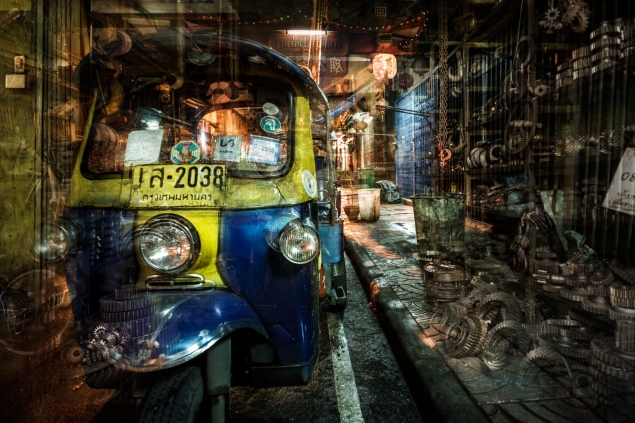 When he’s not photographing the otherworldly landscapes of Iceland, Nick Miners is fascinated by the hard edges and angles of the often controversial Brutalist architecture. 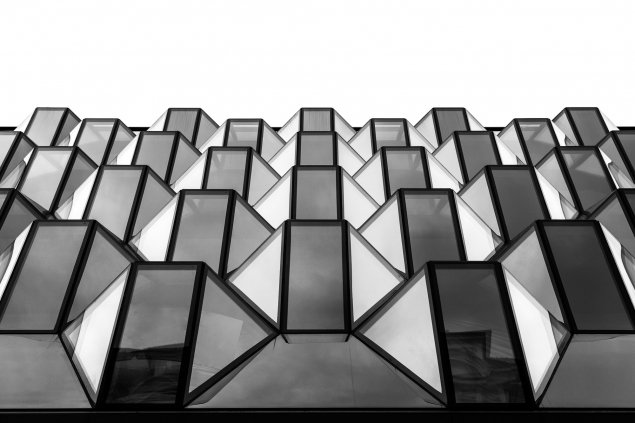 Nick finds the mixed perceptions of the Brutalist movement to be a personal challenge, what many critics find to be “ugly” architecture, he uses as inspiration to create beautiful imagery. Shooting this architecture exclusively in black and white, Miner pushes the contrast to high levels, transforming these rough details into dynamic patterned imagery. 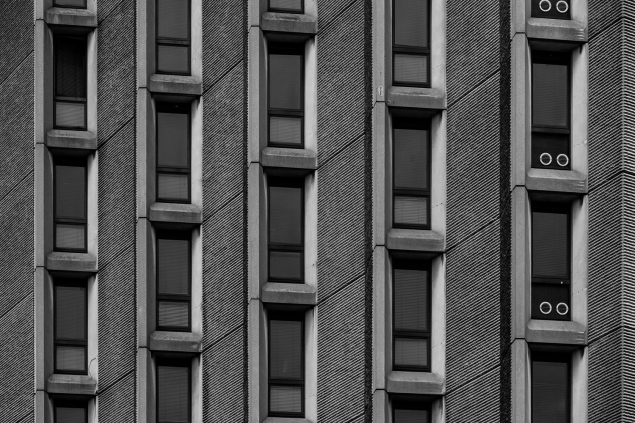