Damien Hirst's exhibition has grabbed the headlines in the art world this past week, as critics continue to debate the merits of his work.  Now the BBC is reporting that the Olympic Lottery Distributor, has rejected a £1 grant application by by Scandinavian artist Olafur Eliasson for a piece entitled "Breathe" commissioned for the London 2012 Festival.  According to the BBC, "The installation would have invited people to inhale and exhale on behalf of 'a person, a movement or a cause' and record it on a website in a personal 'breath bubble'."  Those managing the funds cited expense and the attractiveness of the installation as grounds for rejection.  Without discounting the matter of expense, it is this latter factor that raises the age old question, 'What constitutes art?' as the OLD have been put in the position of salon jury of sorts.  And with similar controversy surrounding Damien Hirst, from David Hockney's panning of the use of assistants in his program notes (something the Royal Academy has since denied was directed at Hirst) to Brian Sewell's scathing criticism in the London Evening Standard, the philosophical essence of art, and more specifically contemporary art, has landed center stage once again.

Rove Gallery owner Kenny Schachter has weighed in on Hirst for Rise.  Even before the Impressionists famously broke away from the Salons to challenge established norms in art, artists have often felt obliged to push frontiers with their creativity.  Much has changed since that time, from the balance between popular and critical influence shifting with the access provided by public institutions and the internet, to art achieving the status of its own investment class and the establishment of speculative art funds.  So has conceptual art really gone off-piste or are we merely passing through another stage of evolution? 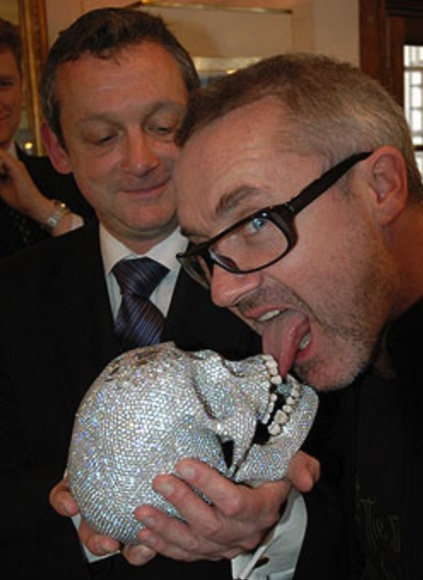 Weigh in with your comments below,