I'm fascinated by the media's recent coverage of all things Damien Hirst. From the FT: “… the skull announces that even as original a mind as Hirst’s cannot reinvent a conceptual art that has run its course. On this showing, Hirst was always destined for decadence because his most radical work was not the beginning of a new way of art-making but, in a brilliant convergence of form, meaning and subject, a great, last gasp of conceptual minimalism – austere and cold as death.” 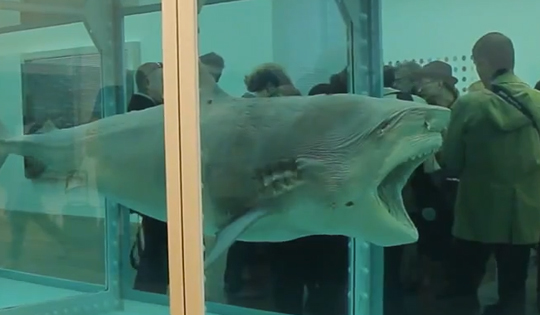 Damien Hirst Retrospective at the Tate

Conceptual art has far from run its course, rather just another form of mark making. And Both FT and WSJ both give good reviews and then assume a classic hedge by ending on a disparaging note so they don’t appear to suck up, or too contrarian.

Here is WSJ: “So, is Mr. Hirst a great artist—the right person to be at the summit of Britain's Cultural Olympiad? ‘I suppose I always wanted to be a painter; it was painters I admired,’ he says in the interview. There's a sadness about it all. As the absence from this show of any of his recent attempts indicate, painting is the one thing this superb artist/entrepreneur/showman just can't do.”

Though I agree with the latter, its only intermission in what could be a long show/career with still some surprises left. Or not.

Do you agree with Kenny? Leave your thoughts in the comments!