Hi  Héloïse, you’re currently working on your upcoming solo show at 'A room upstairs', can you tell us more about this?

The show is called ‘Mongrel’. Etymologically it’s a combination of ‘mingling and ‘kneading together’. I would like the view of the work to be a purposefully frustrating experience in decryption. The works are cacophonous, yet beg to be simplified into basic and decipherable semiotic elements. This is partly due to the tangled, yet still legible nature of each layer of comic, text, and pattern. One piece in the series is particularly dense and has been composed the same way as you would reorder a messy computer desktop. The pieces will all be suspended near each other, they will resemble quilts, flags, or hanging banners for topics such as “healer” “nosy,” and “best friend.” The dogs and their interactions with humans are a recurrent feature in this exhibition… I guess it’s best to go and see it ;) 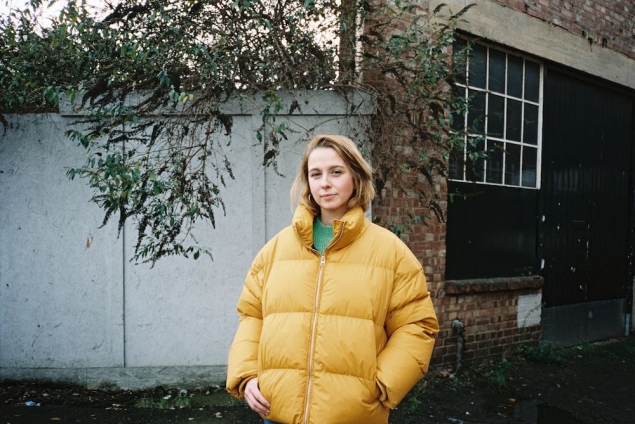 Your work shifts between the figurative and the abstract. How did your practice evolve to be like this?

I have been always playing with finding the balance between abstraction and figuration. It has been a core in my practice since I started making. It comes from a place where I don’t want to reveal everything and yet I feel like spreading some clues and hints about a possible narrative is important. I want to maintain an ambiguous presence in my paintings in order to stimulate the viewer’s imagination. I guess it’s just the way I am doing that has evolved over time. Playing with disturbing scales and hopefully pushing the viewer into moving towards and against the surface of the work is something that interests me. The movement of the body created by an interaction with painting almost feels like creating an improvised dance from the work. 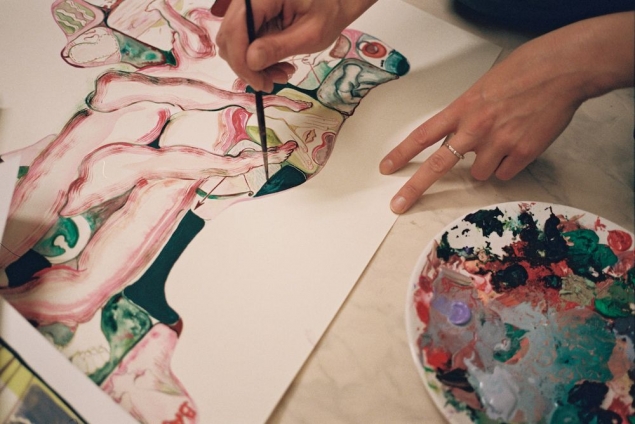 What concepts are at the heart of your work? Where do you find inspiration?

I think I begin to formulate an idea with an intensification, a sharpening of love or anger into a point which declares itself as a compulsion to speak. Something explodes the ordinary into an emergency. The work for a project builds itself over time until it feels complete. The events I encounter and the research which also somehow becomes events help grow a narrative around a specific steady thread which I am always trying to maintain as the core element. It can be the root of an idea, a title, which already formulated itself into a concept... As time and space affect my practice, all the components juxtapose themselves around the core. You can almost imagine this process as a sort of cotton candy machine.

Through this formal integration of the work becomes a symbol-filled structure providing a language reflecting upon specific topics such as sexuality, intimacy and how our bodies are affected by new forms of digital communications. 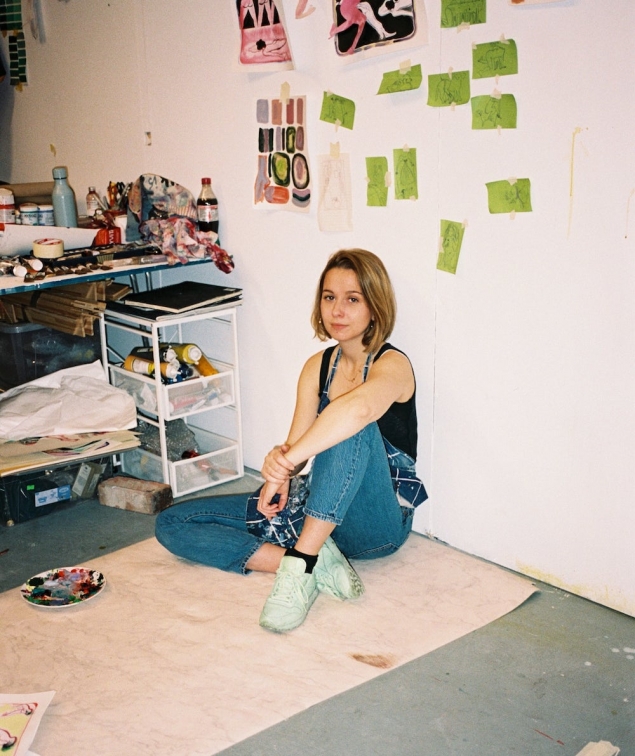 It looks like you’ve got a busy year ahead. What are your ambitions for 2020?

I will be in Stavanger Norway for 3 weeks in April to create a new commissioned piece for Rogaland Kunstsenter and I have an upcoming solo exhibition in Paris in the autumn. I want to keep on developing new ideas, researching and making. Pushing my practice further and having fun whilst doing all these things.