Nick Malone’s new exhibition at Bermondsey Project Space, The Disappearance of Makepeace - A Tale of Two Lives, focuses on the interplay of text and imagery. The artist, who is also a successful writer of poetry and prose, crosses art forms to explore metamorphosis, dissolution and change.

Nick talks about the role of an artist.

Nick’s new show combines installation, images, animation and soundscape, exploring the ways in which words and images can interact. The exhibition operates in dialogue with Nick’s graphic novel, a mystery thriller that traces the disappearance of James Makepeace. 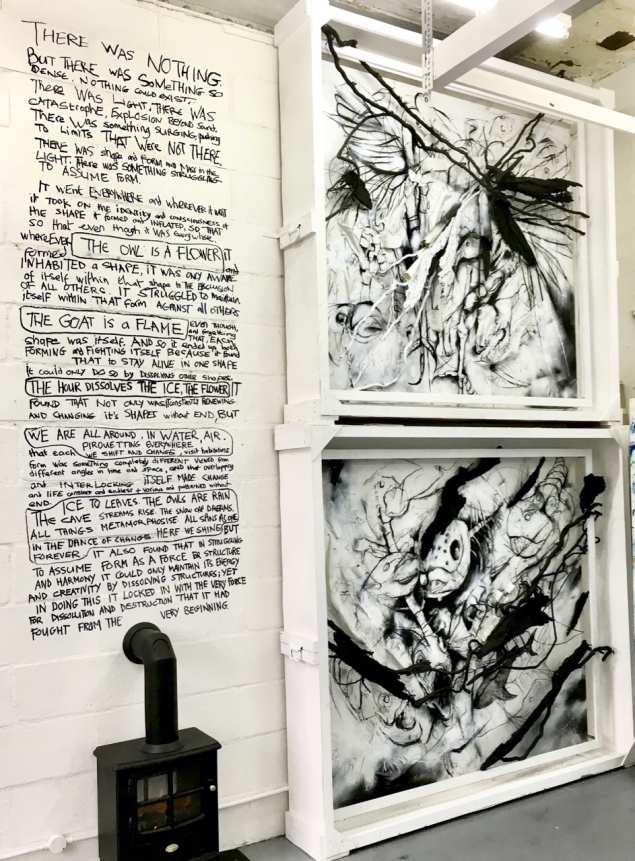 Nick is interested in the ways in which words and visuals interact and operate together.

Can you tell us about your new solo show and a little bit about a couple of its major pieces?

It follows on from an earlier exhibition at Bermondsey Project Space, which I see as acting as a springboard in developing a particular way of working. The approach enables me to cross art forms and engage the viewer on several levels. 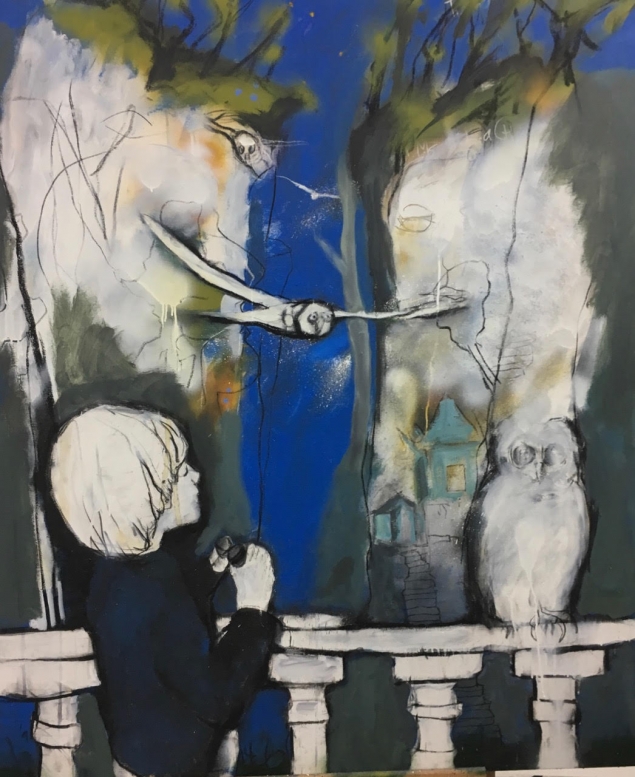 This piece (in progress here) fuses narrative, realism and fantasy. It depicts the young protagonist of Nick's graphic novel, Eustace, just before his first encounter with James Makepeace.

Installed works that deal with an inner mythology can viewed solely in terms of their visual dynamics, or can be seen to interact with the text of a graphic novel that sets the exhibition within a wider context of narrative, adventure and dream. The novel operates by using windows cut into the pages that open 'trap doors' into different co-existing text and imagery, and there are partitions within the exhibition that will operate in the same way. 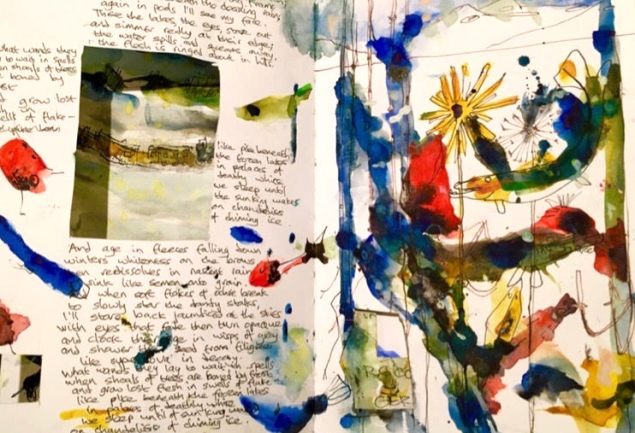 What do you explore in your graphic novel and how does it relate to the exhibition?

Graham Crowley, the painter, suggested I write a graphic novel based on my own life, which I initially dismissed then came round to, although frankly this is more of an artist’s book. In a sense, all of it is true, even the bits which on the face of it manifestly aren’t, and it’s an extended rumination on becoming an artist. 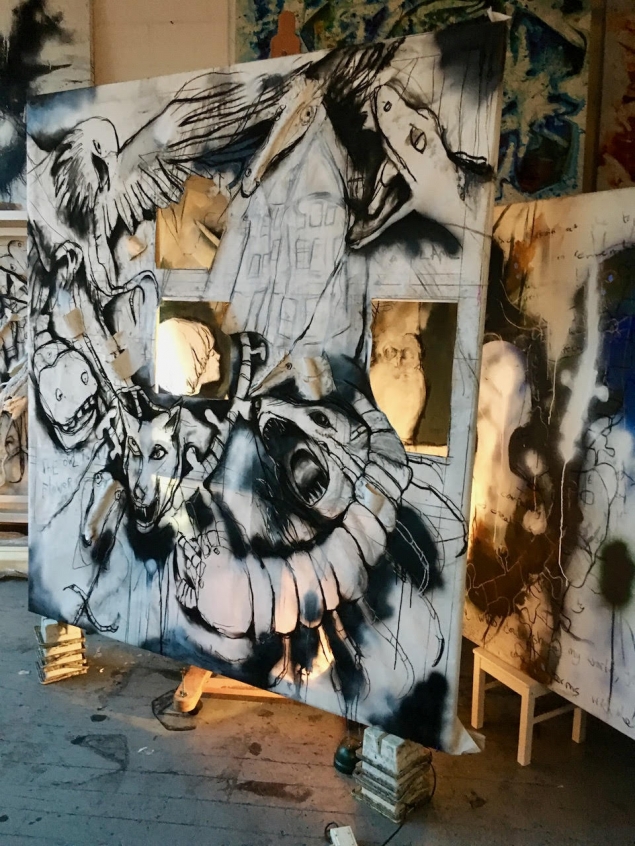 One of the partitions in Nick's exhibitions, with its ‘windows' that open into other worlds. In this way, different ways of seeing cross over and interact.

However it has mystery, excitement and adventure, which I think becoming an artist very much involves, and it provides an armature for works in the new exhibition that at one level can be seen just in terms of their visual dynamics, but can also be given further meaning through narrative if the viewer so wishes. 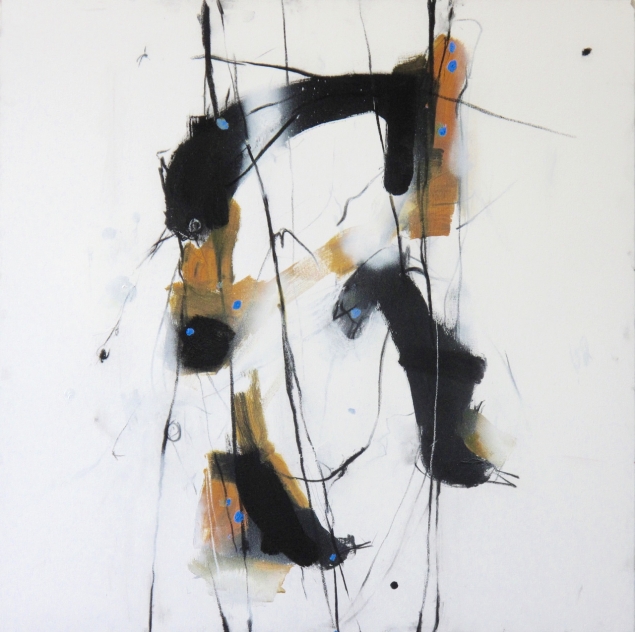 How does your writing interact with the production of your art?

There’s a symbiotic relationship between the two, whereby ideas developed in writing feeds into my art practice, which in turn feeds back into my writing. In fact I recently came across a piece of manuscript from years back which I knew I’d written - it was in my handwriting - but I didn’t recognise. 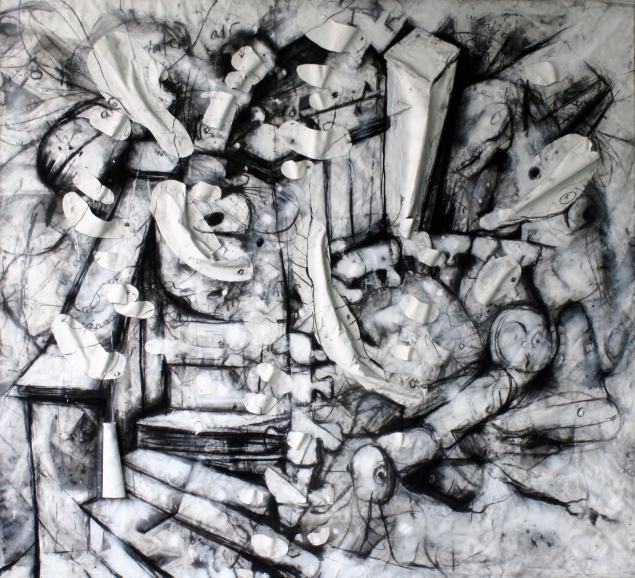 The Disappearance of Makepeace VII by Nick Malone

However on reading it I immediately realised that I was dealing all those years ago with the very same issues in writing that I’m wrestling with now in my current art practice - issues of dissolution and change, and story, which I love. My studio manager said “Write it on the wall, it’s cool, write it on the wall!”  I don’t really do “cool”, but I did as she told me. 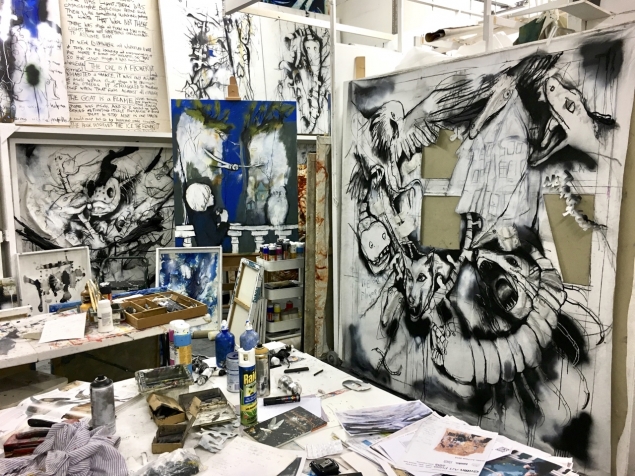 Do you draw inspiration from any other artists and writers?

I see Anselm Kiefer as the greatest living artist, because of the ways in which he fuses concepts, history and ideas with visual dynamics. Among the writers I would particularly mention would be William Empson, who wrote the introduction to my first book. 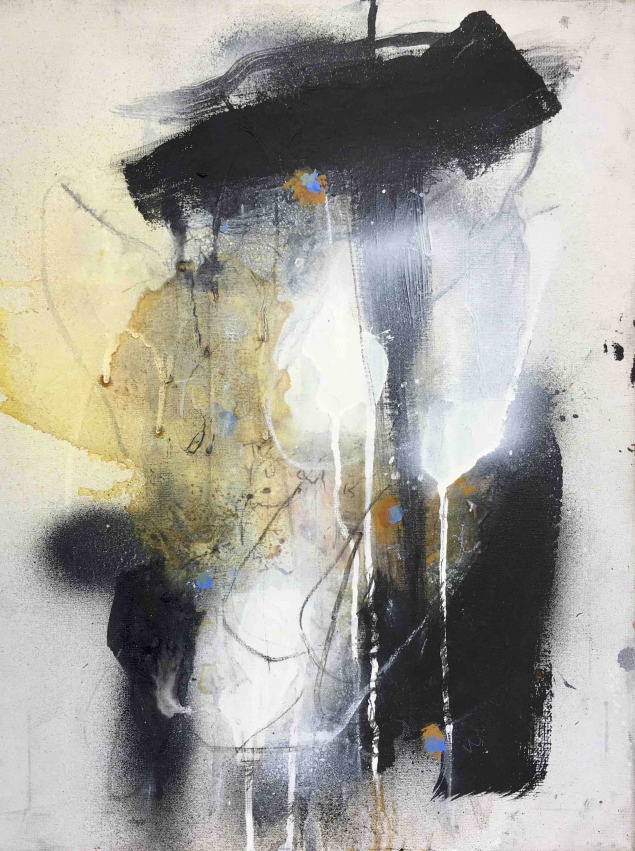 The cover of Nick's The Disappearance of Makepeace manuscript.

Empson changed the course of twentieth century literature with his work “Seven Types of Ambiguity”, exploring the thesis that the more interpretations that can be made of a piece of literature, the more powerful it would be, in some ways anticipating deconstruction. Years later I found myself transferring those principles into art. 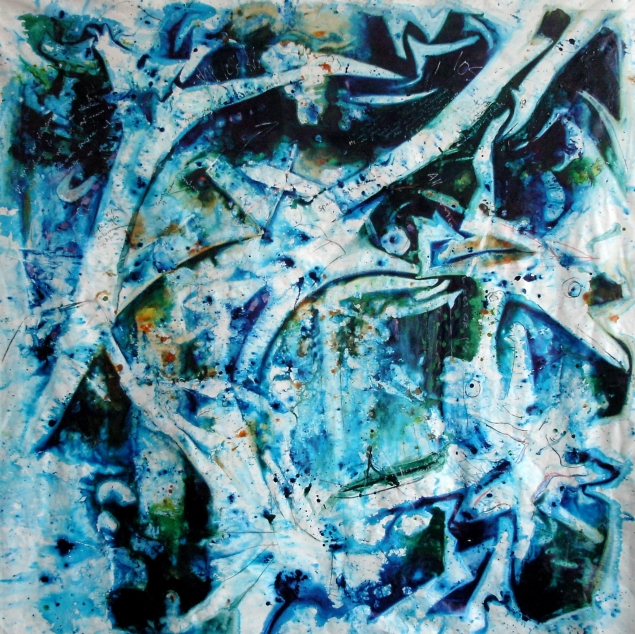 The Kingdom I by Nick Malone


A second writer I would mention is T.S.Eliot. The opening lines of his poem The Love Song of J. Alfred Prufrock begin: “Let us go then, you and I, / When the evening is spread out against the sky / Like a patient etherised upon a table;” Who is the “you”? The reader? Someone else in the room? I think that alongside the “I” it is part of Eliot himself. And in 'The Disappearance of Makepeace, A Tale of Two Lives', Makepeace is in one sense me - along with the narrator Eustace. 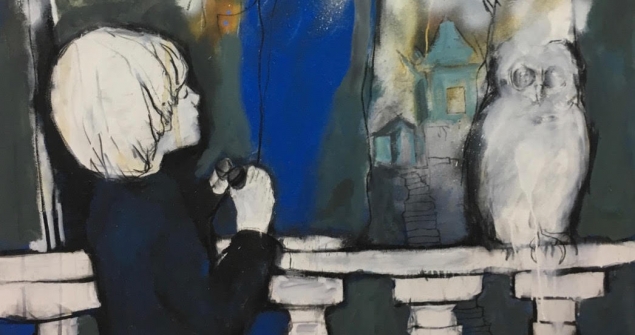