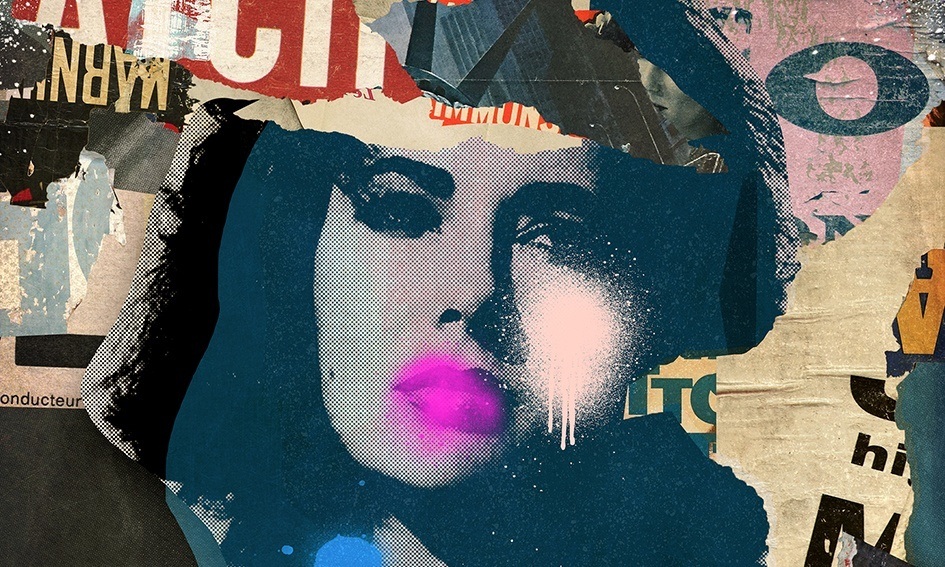 Posted in Inside Scoop by Tatty Martin on 22nd October 2020

Take a look at our guide to Street Art and find out more about the history, developments and styles of this contemporary artistic practice. If you’re wanting to discover Street Art for sale, look at our collection here. 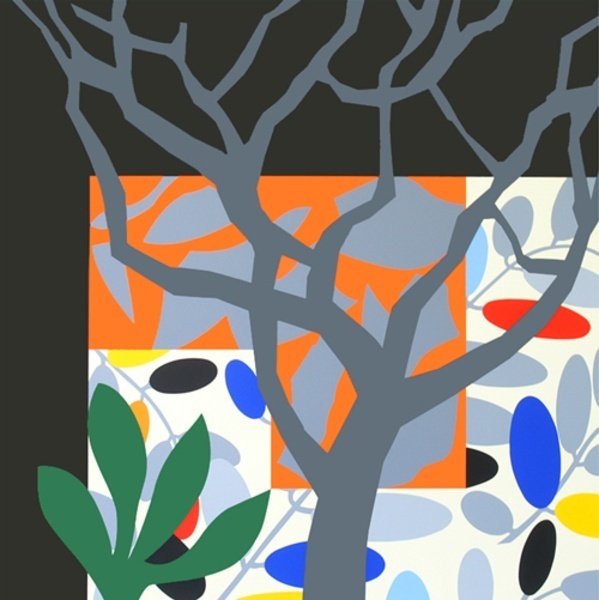 What is Street Art?

Street Art does not adhere to a certain style, nor can it be categorised as a linear genre. It exists, not as something to be defined, but to open up the possibilities of art. Street Art offers artists a unique sense of freedom, and in its short history, it has dramatically changed the contemporary artistic landscape. Street Art is often synonymous with graffiti due to its presence in public spaces. However it transcends public art, and is formed from methods including stencilling, tagging, drawing, video art and fly posting. Street Art does not react against art, but paves the way for a new understanding of art.

Often existing in urban contexts, Street Art is centred around the desire to convey a message. Whether driven by social commentary, political resistance or a call out for equality, Street Art had been vocal from the get go. Street Art often takes the form of typography or graphic imagery, sometimes merging the two to create direct, probing and symbolic art. 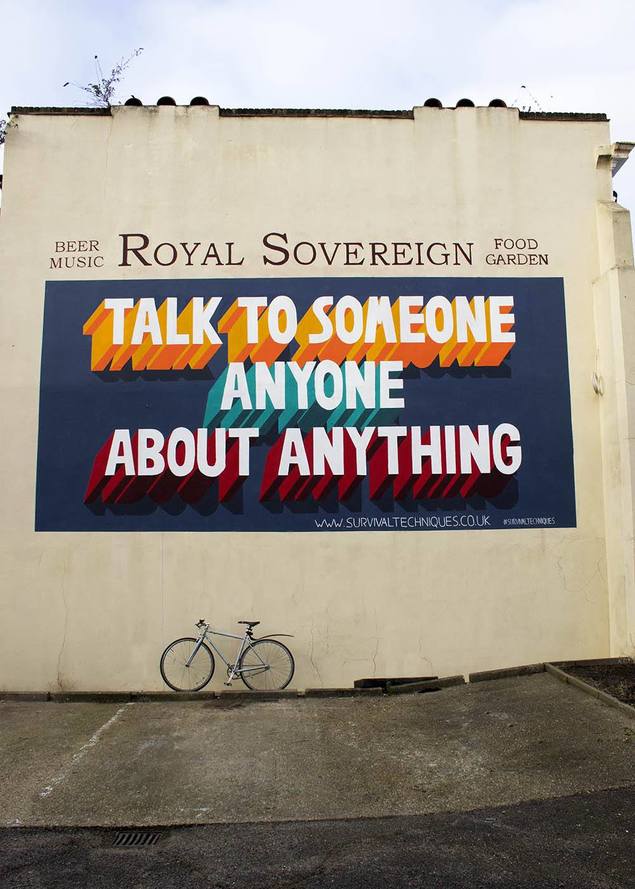 Talk To Someone by Naomi Emondson

What is the History of Street Art?

New York is often credited as the birthplace of Street Art. Born out of socio-political frustrations and the want to establish identity, teenagers in poor communities would write their names on public architecture throughout the 1920s and 30s. By the 70s, Street Art really began to take hold, manifesting in subcultures and areas of ethnic minorities in and around the city. Creating art in public spaces was a way of reacting against repression and platforming voices that were not otherwise listened to. It was at this time when the excitement of Street Art led to a growth in the stencilling, tagging and fly posting techniques. 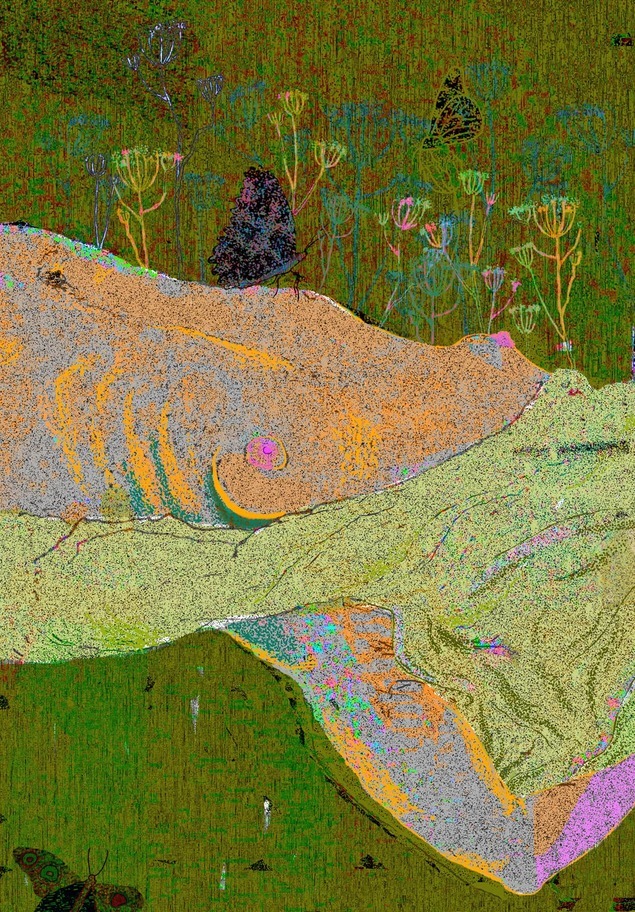 By the early 80s artists such as Keith Haring started developing their own signature styles around New York, working onto station walls, empty advertising panels and derelict buildings. Haring would use white chalk to draw dogs, dancing figures, large hearts and babies that appeared playful and innocent but carried ominous and defiant messaging. Over the course of his career, Haring created over 20 public works of art, and gained particular notoriety for his mural *Crack is Wack*. This large scale piece was a commentary on the crack cocaine epidemic that plagued the US throughout the 80s and early 90s.

Street Art soon became a direct and unapologetic critique of society, adorning the walls of the world’s urban metropolises. Towards the end of the 20th century, artists around the UK were developing their own Street Art styles. Street artists began to emerge as part of the DBZ Crew in Bristol, including Banksy. 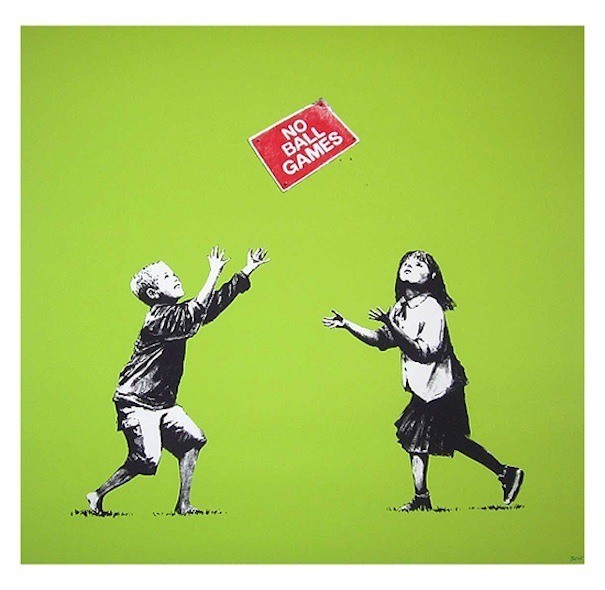 No Ball Games (Green) by Banksy

Banksy is one of the biggest names in contemporary art, with his secret identity adding to the powerful and alluring nature of his art. Banksy’s art has been in the public eye for over 20 years, and during this time has caused some of the biggest stirs in both mainstream media and the art market.

Banksy has gained international recognition for art that tackles issues of war, capitalism and oppression with a humorous and satirical tone. One of his most famous recent pieces was If You Don’t Mask, You Don’t Get, an installation piece on a tube carriage on the London Underground in the midst of the COVID 19 pandemic. Banksy’s sharp observations and cartoon aesthetic have had a widespread influence on other contemporary street artists working throughout the UK. One of which is fellow anonymous artist Bambi, whose screen-prints merge iconic imagery to create witty and politically provocative art. 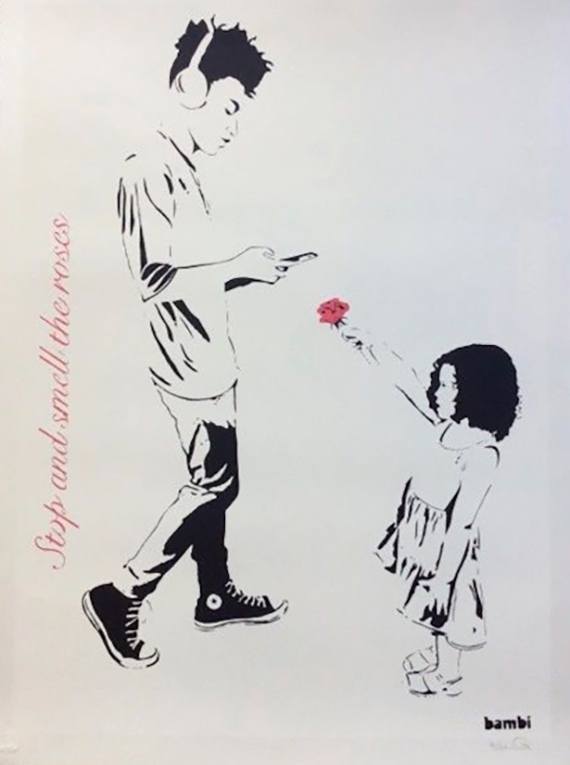 Stop and Smell the Roses by Bambi

Explore our collection of street art. 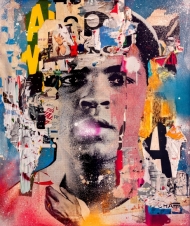 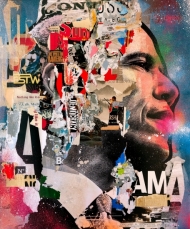 No. 44, Barack Obama by Peter Horvath 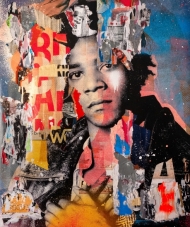 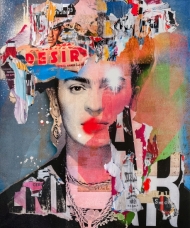 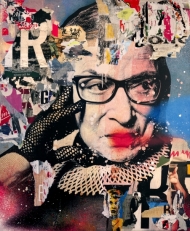