Finnish artist Iidu Tikkanen creates large scale, abstract, often almost psychedelic paintings that explore our perceptions of the world. Her electric works are brimming with life, movement and meaning, and it's easy to see why they're so popular. Living and working in Helsinki, the artist paints a stormy fantasy land of vivid colour that has seen her exhibit up and down the country and abroad, with works also belonging to the Finnish State Art Collection and the Kuntsi Museum of Modern Art. We sat down with Iidu to find out more about how it all began, and what’s happening in her studio right now. 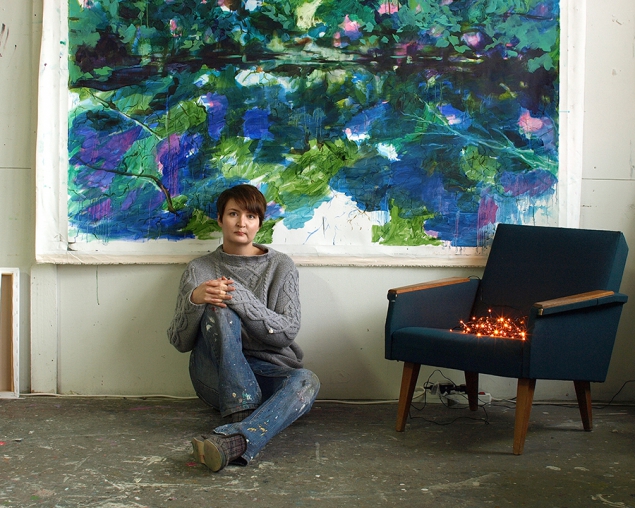 What was the first artwork you ever made? Can you remember?

I have a vivid memory from when I was maybe four or five, I was sketching our kitchen and when I got to drawing the clock on the wall, I was ecstatic. I can’t remember if it was because I got the likeness of the clock so well or if it was just the joy of drawing, but I remember the feeling, it was like I understood something important of the world. A couple of years later my Grandad signed me up for a drawing contest for kids, which was held in a local grocery shop. To my astonishment I won the first prize, a swimming mattress that had a window on it, so you could see underwater! I remember being very proud to have achieved that amazing prize, I felt that I was very talented. What I drew, I can't remember at all. 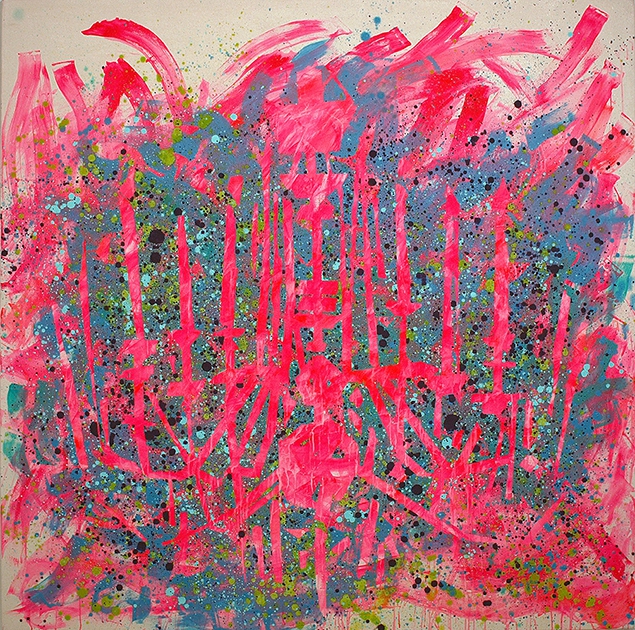 It’s usually the piece that I’m currently working on. I rarely like my own works when they are finished, they somehow escape from me as soon as I stop working on them. I do like some of my earlier paintings from when I started art school, they contain the first realisation that painting was something I could really get into. Every painting is of course meaningful in its own way, they're like time capsules that remind me of the period in life that I was working on them. 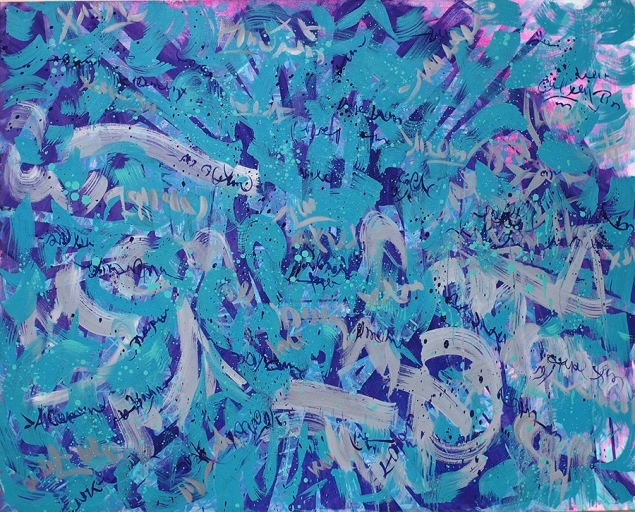 Tell me a bit about the process you used to create your work. What visions and inspirations are behind it?

I think the core idea of most my paintings has to do with the mechanisms of seeing and how we perceive the world. That’s the general starting point, but I also need a more specific concept to study. I usually do a lot of research and writing before I start painting a new series of works. I like to have as many perspectives as possible to a phenomena or idea, the research and the learning process keeps me interested and inspired. When I'm saturated with the motif I've investigated, when it starts to come up everywhere in the strangest places or situations, it's time to start painting. When I paint, I try not to think much. 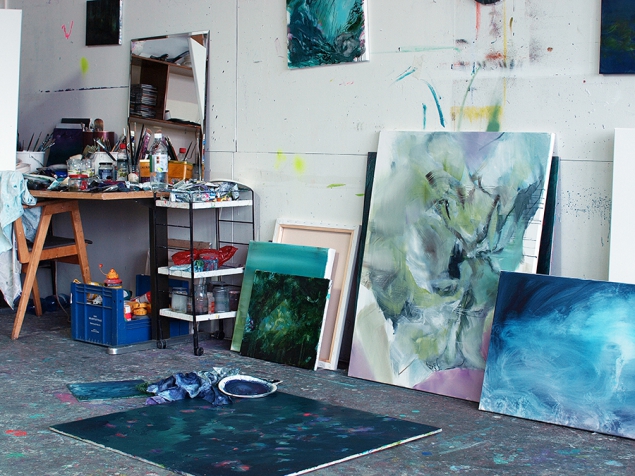 I love the freedom of making art, and that I can be my own boss. That’s also what I hate. The work can be lonely, and the demands and expectations from the boss are very often unreasonable. I love that it’s my job to evolve as a person, what could be more fulfilling! And frustrating at the same time... What I love about art in general is that it’s a free zone of thinking and acting. Art pushes you to reach beyond the norm to different dimensions of being. 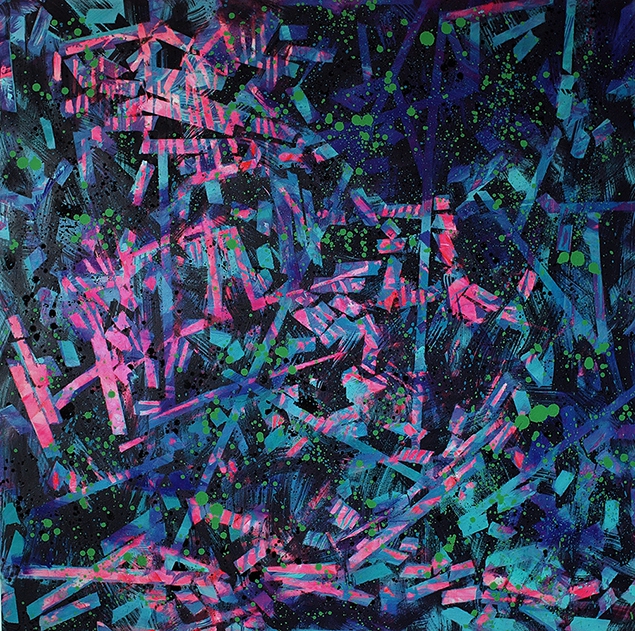 My studio is in an old factory where they used to manufacture foldable beds in the 1930’s and 40’s. It’s messy, dirty and chilly, but there are nice big windows facing north, and at the moment I can afford to have the room all by myself, so I’ve got lots of space. There's a nice atmosphere and buzz going on in the whole area, there's a lot of old industrial spaces that are occupied by all kinds of artists. At the moment I have an indoor skate park and a nightclub as neighbours. 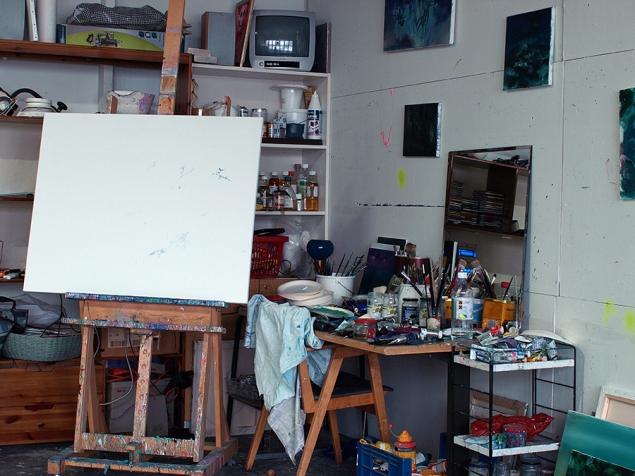 My cd player just broke after fifteen years of service, so I’ve been using Spotify a lot lately. Music is really important for me, especially if I need to be fierce when painting. I like to listen to the radio too, we have a really good local radio in Helsinki. 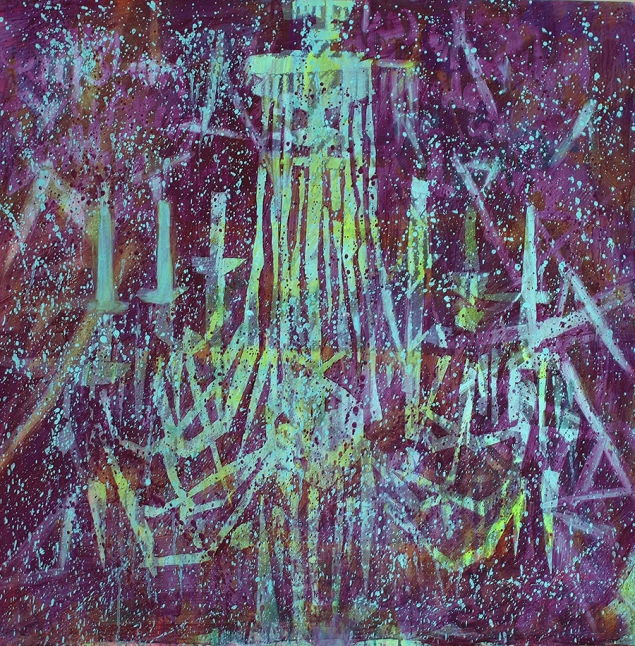 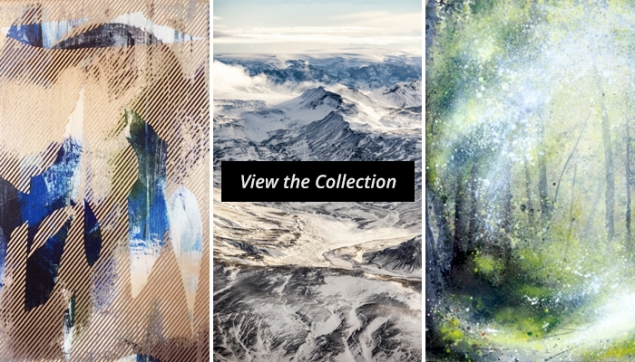 Hygge is the Danish word for a warm, cosy, comforting atmosphere, best shared with your closest friends and family. It's a familiar notion for this Scandinavian artist, and is also the interiors trend sweeping the world. We've put together a full collection of selected works to bring that feeling of Hygge home, including some of Iidu's energetic works. Browse the collection of winter warming pieces to create the perfect atmosphere for the cosy months ahead.