In Britain, Rob Ryan is rapidly becoming a household name as he has moved through collaborations with inimitable institutions such as Liberty of London, Penguin Books, the Victoria and Albert Museum and Paul Smith. His last solo show in London with TAG Fine Arts in 2010 was a sell-out, and this summer he was invited to exhibit at the Charleston Gallery in East Sussex, a haven of British art and craft that was the Bloomsbury group’s home from home.

Rob Ryan in his studio

Following his most recent shows in the US, We're excited to feature Rob Ryan's latest limited edition prints on Rise Art.

Because I'm So Happy! by Rob Ryan

Give Me Work by Rob Ryan
Rob Ryan’s success is built on decades of hard work and careful artistic evolution. Although today he is particularly famed for his papercuts, he originally studied printmaking, a technique which remains at the centre of his work. Both disciplines present the artist with a very similar challenge: to create compositions that are artistically beautiful but also structurally sound, able to hold themselves together (in the case of papercuts, literally) across a single monochrome plane. Developing his screenprints and papercuts in tandem, the artist has emerged as a master of both, able to create whimsical, colourful silhouetted designs that belie the skill, precision and sheer patience that went into making them.

Can We? Shall We? by Rob Ryan

Discover more Artists you'll love. Take the Rise Art ART STYLE QUIZ and BECOME A MEMBER. It is free and you'll get access to the best new art from top Museums, Galleries and Artists worldwide!

Maggie Gray works at Islington-based art dealers and publishers TAG Fine Arts; she also edits and writes for the online contemporary art magazine ‘This is tomorrow’ and specializes in modern and contemporary art in Britain. In 2010 she won the inaugural HRL Contemporary Prize for Art Criticism, and she was shortlisted for the Burlington Contemporary Writing Prize 2012. 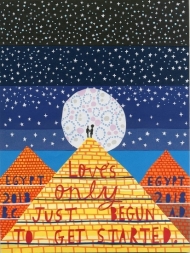 Love's Only Just Begun To Get Started by Rob Ryan 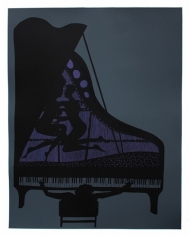 The Piano Player by Rob Ryan 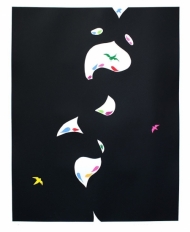 They Use Their Beaks to Kiss by Rob Ryan 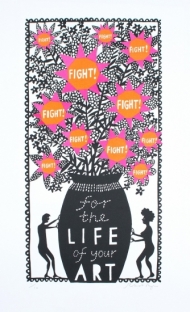 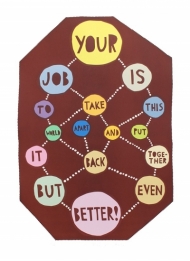 Your Job by Rob Ryan