Drawing, process & human form are the apparatus through which Wan’s relations with the natural world are materialised. Biological operations, geological formations, and cosmological occurrences are observed & explored as metaphors to articulate an inner world, intimate & private. We chat to the artist about this, and more in this Q&A... 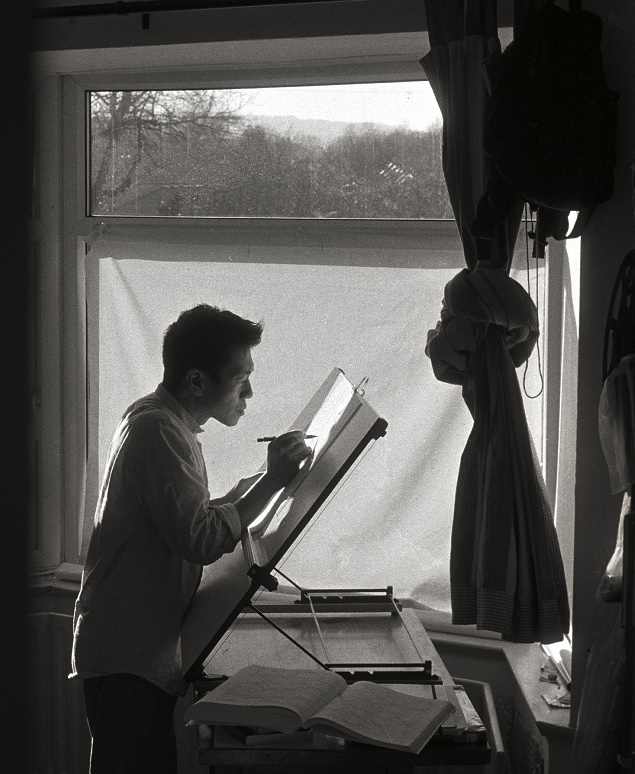 What is your art background?
I studied on a broad-based Fine Art course at what was then known as West Surrey College of Art & Design in Farnham, and then completed an M.A in Printmaking at the Royal College of Art in 1994. Since my Foundation course I had been drawn to the various processes found in Printmaking combined with the foul stench of the studios and dangerous substances. We used real acids and oilbased inks then and the print rooms often attracted the high-minded. Although I have invested a lot of time thoroughly learning printmaking techniques, I’ve never really seen myself as a printmaker. I remember at the RCA there were only three hardcore printmakers. My other peers were also making sculptures, installations, site-specific works and it was this multidisciplinary outlook that attracted me to the course.
Where do you gather your inspiration and does it differ for each series?
A common thread running through my works is this need to engage the body in the process of making. Many of my pieces require a degree of physicality in their production, which could be described as being hands-on, or perhaps body-on. My work has been described as being metaphors for my spirit. This immaterial, intangible nature of the body or existence is something I think about a lot, maybe it’s a symptom of growing older, yet I remember thinking as a child, what did I look like before being born, this pre-birth state. This is reflected in the fields of knowledge that inspire me and where artists only play an equal part. From the list of artists on my Rise Art page there are performance artists, dancers and artists whose practice is intimately linked to events in their life.
What is your favourite medium?
I don’t really have one, although drawing is something I have been doing as long as I can remember, so it must be drawing. I like drawing for its ability to connect directly with ones thoughts and visions and as a register for the vestigial within the body. This special quality also exists when looking at drawings, a graphic presence of a body having once thought there, in front of that surface. I also like to think there is a print consciousness in my work. In my reliance on process as a guiding principle, a sensitivity to the materials and substances and allowing such things to have agency in the work. 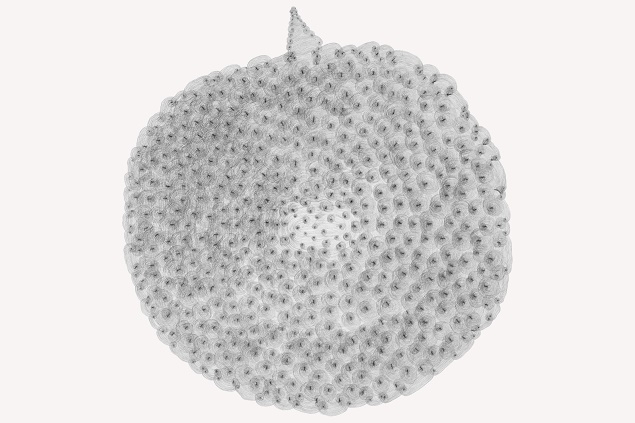 What do you look for in vintage photographs when sourcing them?
The postcards employed in Solar Caress are just part of a broader landscape of images in the series which include magazines, drawings and photographs that I have taken. These vintage images had been pinned on my studio wall for a couple of years before I started using them and their choosing was an intuitive thing. I like to think of this process of attraction as being similar to the gravitational pull between two cosmic bodies, the way they have been brought together is as much a result of contingency as by something premeditated, love is in there too. However, there is a practical level in their choosing. Being almost a century old, the quality of the paper is not consistent and the surface of several postcards have disintegrated during the course of drawing. These are the ones that have survived.
Where is your studio based, what do you love about its location, does its location & character influence your work?
At the moment my studio occupies the largest room in the house. The intimacy and privacy of a domestic setting has come to suit the ideas inherent to In Papyro and the current Lune series. It is also quiet which I need in order to think. However I am in the process of looking for a studio space to develop In Papyro in to the medium of moving image. Throughout my career I have moved in and out of studios, hiring them when required to push certain ideas or to create work for commissioned projects or exhibitions. Occupation has also come through the artist residencies I’ve undertaken. I have never felt a studio space to be an automatic appendage to artistic practice. 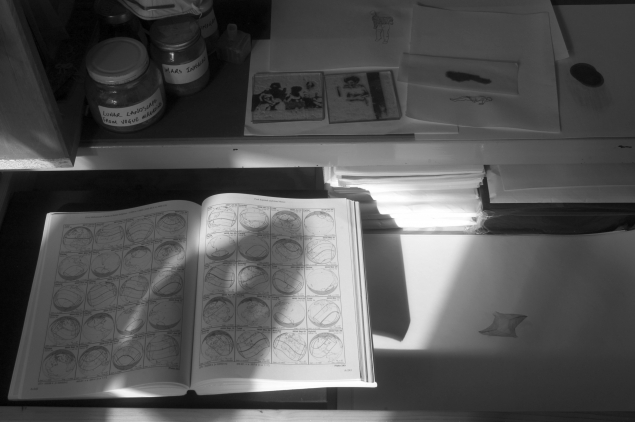 What has been your most challenging series to create?
Of those on Rise Art Ascending the Deity presented me with real physical demands. I remember hand-powering the wind machine which was used to get the furnace to around 1000 degrees to melt and boil each brass figurine. I spent a good part of two days just turning this thing, in close proximity, whilst the daytime heat was 45 degrees. I also distinctly remember the part of the lost wax process where the fire in the kiln had to be built up and nurtured for a period of 10 hours. Through the night, halfnaked, with mosquitos buzzing, there was a primordial quality that I’ll never forget. With hands blistered, mentally fatigued and dehydrated, 2 days were spent in bed after making Ascending the Deity. My current work Lune (not listed) involves the making of 11,898 drawings for an animation/installation, with each drawing taking around 1-2 hours. Lune began in 2009 and so far there are only 1000 drawings. At this rate of production I sense that it will take me to the age of 60 to complete.