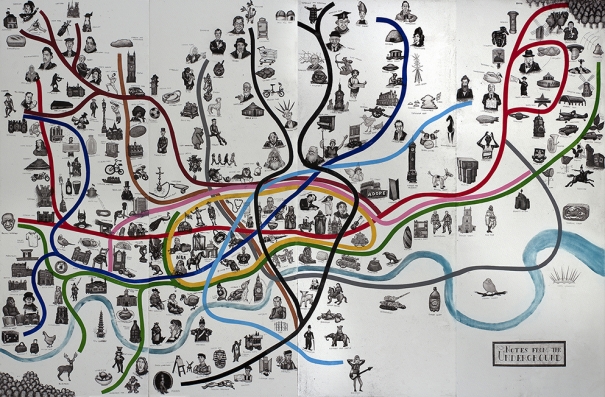 This year, in Honor of TFL's 150th Anniversary, engraver and Printmaker Mychael Barratt has produced a relief print and etching comprising four plates printed side by side in a manner reminiscent of an ancient folding map. The print represents every station on the London Tube Map. Listed below, is the full key for each station representation.

This edition is limited to 100 hand numbered and signed prints by the artist.

Notes From the Underground: Full Key