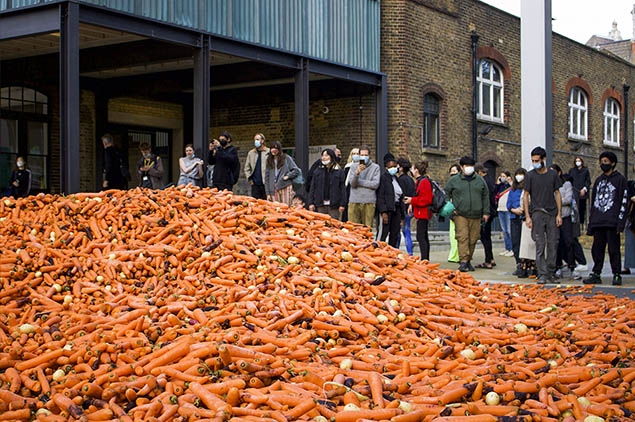 What is art? When artist Rafael Perez Evans tipped 29 tonnes of carrots onto the campus of London art school, Goldsmiths College, photographs of the stunt on social media soon had people asking: ‘is this art?’ Like it or not, it is. Perez Evans’ stunt was one example of many bold and challenging types of art that you’re likely to find in a contemporary gallery.

In this case, Perez Evans was making a statement about tensions “between the rural and the city”, echoing the protests of farmers. His orange intervention was also deliberately eye-catching. It’s conceptual art, in which the artist’s idea is more important than the finished piece.

Ahead of your next visit to a contemporary art gallery, here are 7 types of art you’re likely to encounter. 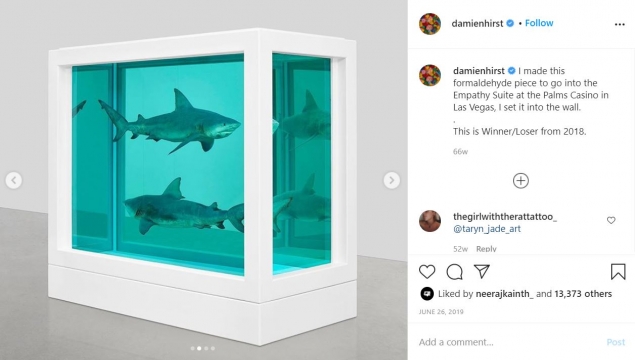 Damien Hirst’s stuffed sharks made him King of conceptual art during the 90s.

With his carrot feat, Rafael Perez Evans was following in the footsteps of conceptual artist, Damien Hirst. Hirst also studied at Goldsmiths, launching himself onto the contemporary art scene in the 90s by floating dead animals – most famously giant sharks – in liquid formaldehyde. With these works, Hirst purports to examine the complex relationships between art and beauty, religion and science, and life and death. 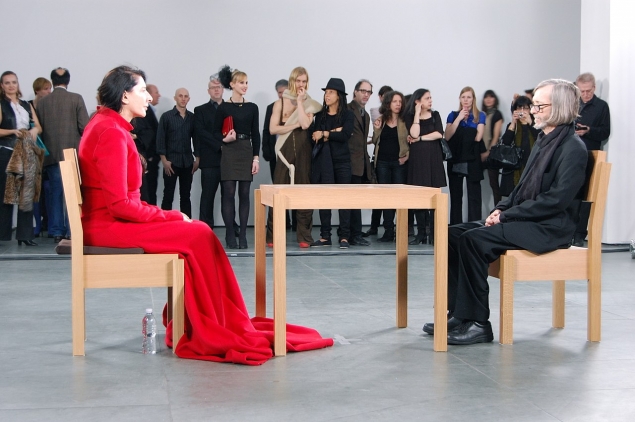 Marina Abramovic's ‘The Artist is Present’, 2010, Museum of Modern Art, New York. Abramovic sat opposite museum visitors for 8 hours a day, without speaking, for a total of 750 hours. Photo by Andrew Russeth - Flickr, CC BY-SA 2.0.

If Hirst is the King of conceptual art, Marina Abramovic is the Queen of performance art: the Serbian artist uses her own body as both subject and medium. Performance art may be live or recorded, spontaneous or scripted, solitary or enacted with others. It also forces viewers to engage with a real person, and many artists invite audiences to freely interact with them during performances. For Abramovic, this famously resulted in a loaded gun being held to her head in 1974. 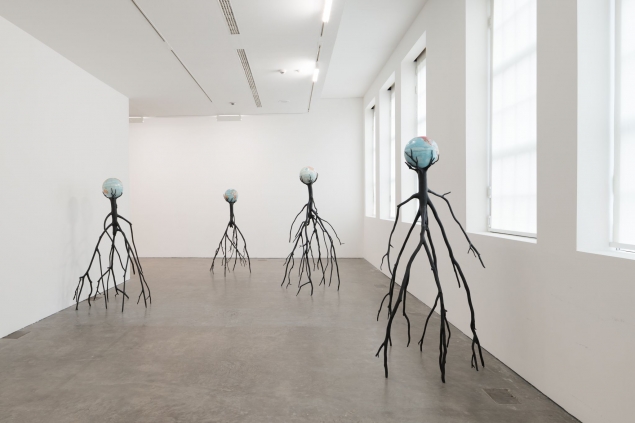 Czech artist Krištof Kintera is internationally acclaimed for his mechanical sculptures, created from electronic waste, which critique hyper-capitalist systems, especially with respect to ecological concerns. Many of these works move, falling into the category of kinetic art. Kintera cleverly wires motion sensors within his works, including ‘Nervous Trees’, which respond to viewers’ movements by shaking and spinning across the gallery. Kinetic art allows artists to turn spaces into interactive, immersive environments. In Kintera’s practice, kinetic sculptures speak of an apocalyptic world in which technology has taken control. 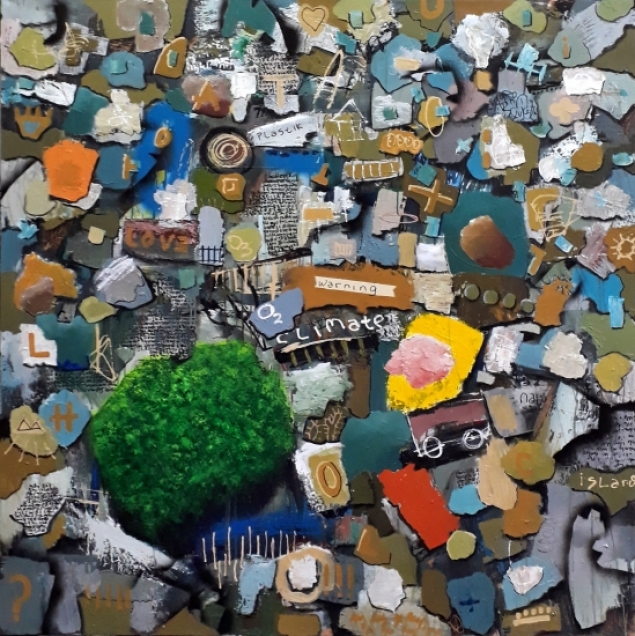 Eco art, or ecological art, is the name given to a growing movement in which artists create works to address and raise awareness of environmental issues, such as plastic pollution, deforestation, greenhouse emissions and the climate crisis. Indonesian artist, Sri Pramono uses bright, bold paintings, layered with images of discarded waste and warning text, to highlight our exploitation of the planet. Other artists also incorporate recycled materials into their works, to make a symbolic statement about our excessive lifestyles. 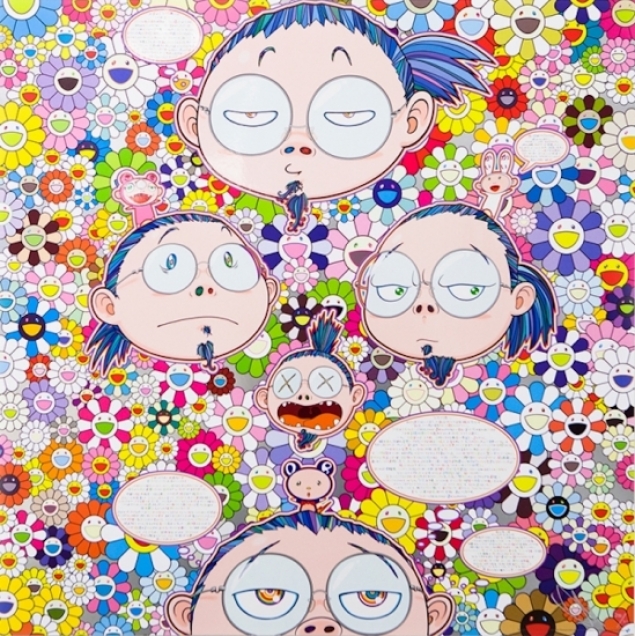 In 2001 Takashi Murakami, a Japanese painter, sculptor and filmmaker, curated ‘Superflat’. This exhibition showcased works by artists who explored aspects of Japanese visual culture, including the ‘flatness’ of Japanese manga and anime art. From this show, the term ‘superflat’ was coined, not only as an art movement, but as an art theory. Filled with bright colours and playful cartoon motifs, superflat blurs the boundary between high and low arts, and pokes fun at the emptiness of consumer culture. 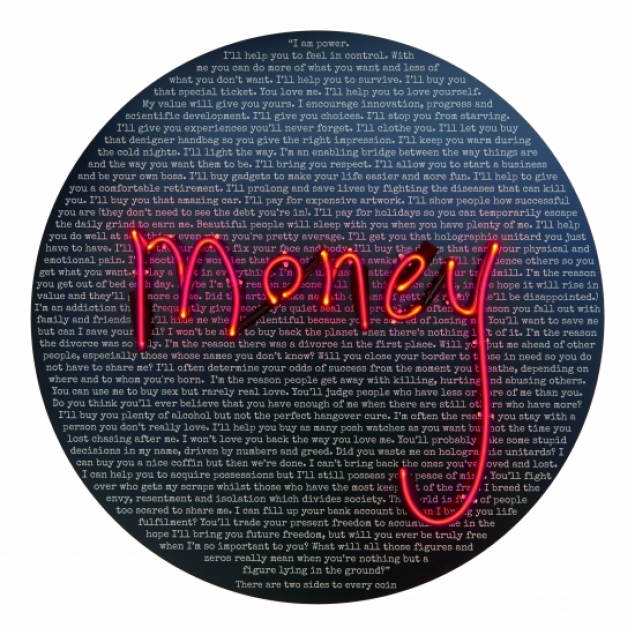 Neon, once an advertising tool, became an art form in the 20th century. Artists turned to this electrifying medium to play on pop culture imagery, explore consumerism, and exploit the intersection between light, colour and space. Lighting up environments, many neon artists use text to create catchy statements with important messages. For example, Rebecca Mason's neon artworks offer a commentary on life, love, money and our place within a rapidly modernising society. 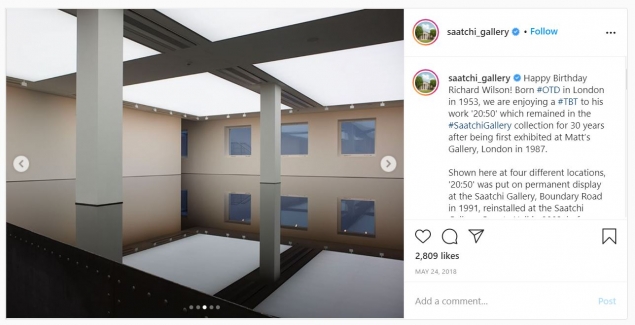 Richard Wilson’s room of oil forced viewers to look upon their own reflection.

Installation art is three-dimensional and transforms a specific site, aiming to engage viewers in new ways or invoke feelings in them. In 1987, Richard Wilson flooded a room in the Saatchi Gallery with black engine oil. A walkway led visitors into the space, surrounding them with the oil on all sides. The material is so reflective that it was, in effect, invisible. All viewers could see was their own reflection in the immersive pool of blackness. With ‘20:50’, Wilson compelled viewers to contemplate what the art object was – the oil, room or experience? And that’s the beauty of much contemporary art: we find its messages located in an intersection which involves us, the viewer.