1. Michael Landy & the Waste of Christmas

In 1997, Michael Landy installed a skip filled with empty bottles, drink cans, torn wrapping paper, broken decorations, the packaging from toys and dead Christmas trees. He focused on the waste of Christmas in stark fashion. 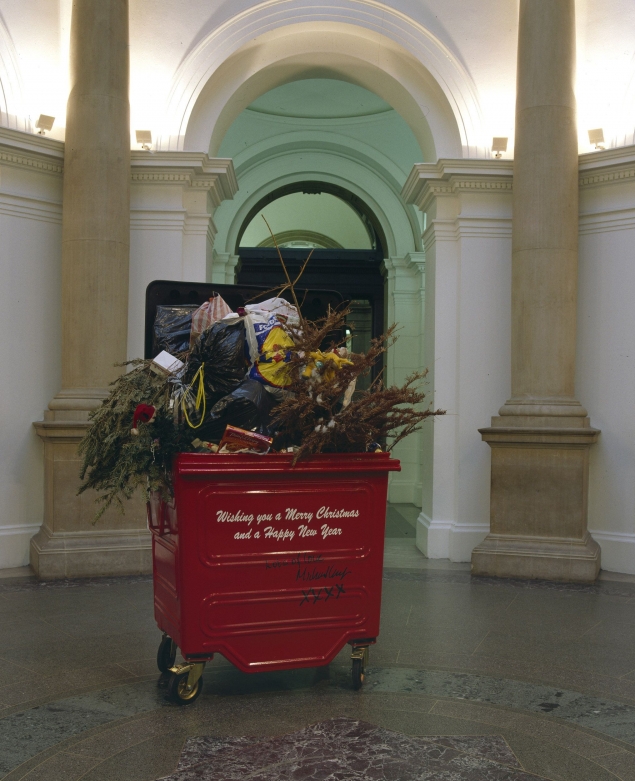 Michael Landy focused on the waste of Christmas. (courtesy of Tate)

1998 saw Richard Wilson construct an artificial tree from found industrial objects. It was like Christmas in a storage unit. Used shelving units were decorated with bare electric bulbs housed in wire cages. 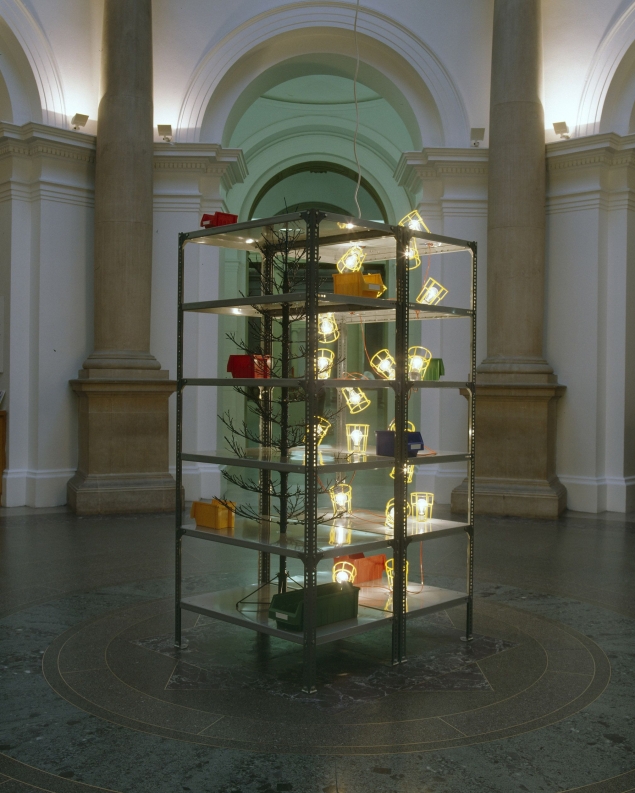 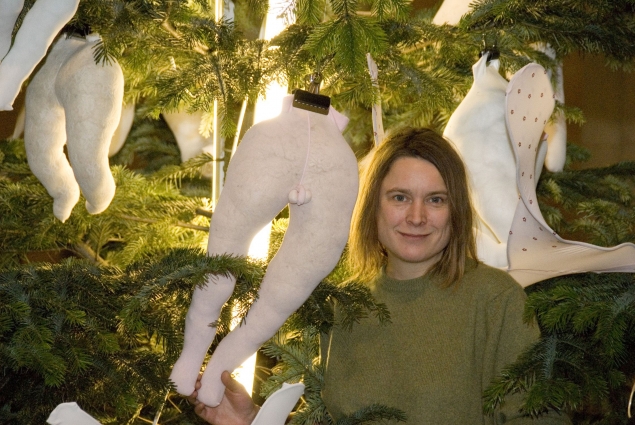 In 2010, conceptual artist Giorgio Sadotti installed an undecorated tree at Tate. At the bottom of the naked tree rested a coiled bullwhip, waiting to be used. Sadotti is known for art that ‘celebrates the power of the nothing’. He explained: “For me the challenge was to present a tree that was naturally effortless. A tree that managed to maintain its dignity and timeless grace. A tree that remained sublime... A tree as a tree as art.” 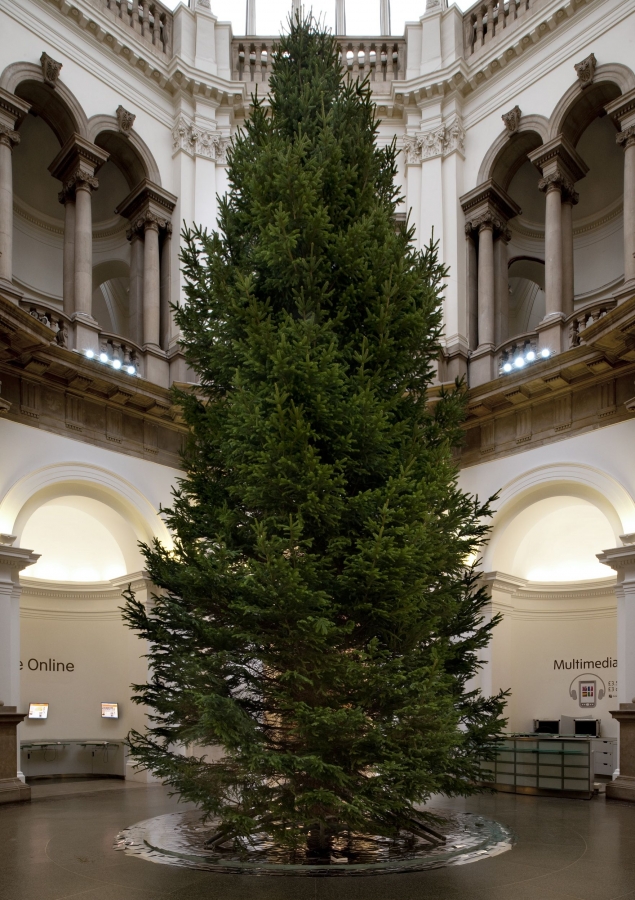 In 2016, Iranian installation artist Shirazeh Houshiary literally turned tradition on its head with her upside-down tree. Suspended by its trunk, the tree hovered above the main entrance’s spiral staircase. Its branches were left unadorned, but its roots were accentuated with gold leaf. Houshiary wanted people to “recognise the roots are the source of its continued stability, nourishment and longevity.” 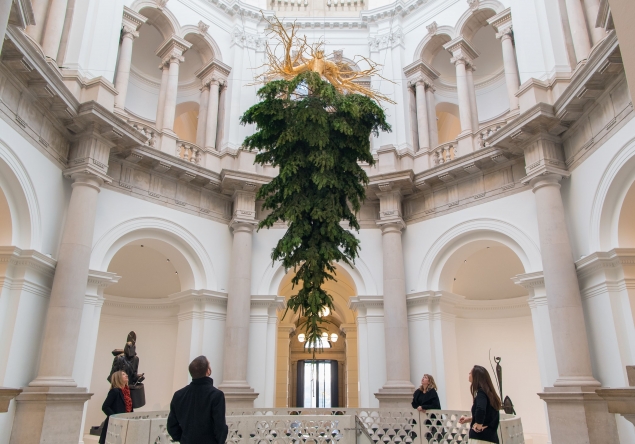 Shirazeh Houshiary turned the tree upside down. (courtesy of Tate)

2018 saw anarchic artist Monster Chetwynd install two giant slugs on the steps of Tate Britain. Lighting up the gallery with their glowing slime trails, the artist wanted to spark conversation about our unsustainable use of energy. Measuring over ten metres long, each slug sculpture was made from compostable materials, including wood, wicker, hessian and felt. They were recycled. 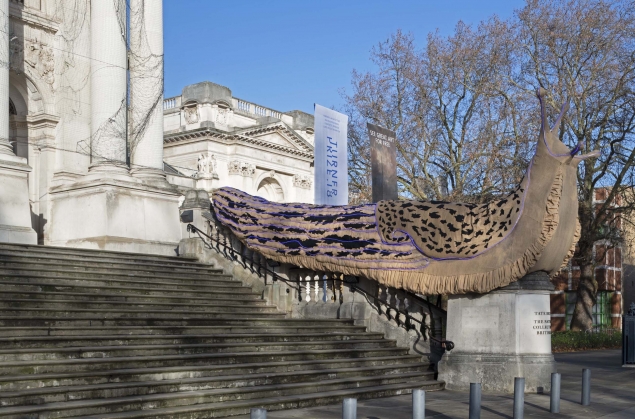 The most wonderful slime of the year? (courtesy of Tate)

In 2020, Anne Hardy turned Tate’s grand entrance into a marooned temple. Sculptural objects cascading down the steps, surrounded by an atmospheric soundscape of rain, thunder, birds and insects. It’s both pre-historic and appropriately apocalyptic, reflecting on rising tides and climate change. 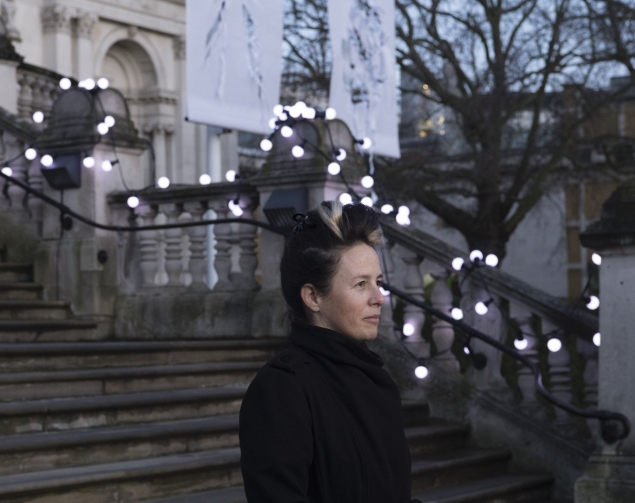 The Depth of Darkness, the Return of the Light by Anne Hardy (courtesy of Tate)