Diana Rosa Latourt is a Cuban artist based in Canada who paints groovy figurative works. We catch up with Diana to find out more about her process and exploration of human relationships. 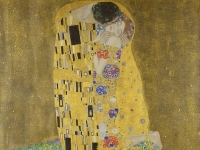 Gustav Klimt and Egon Schiele | Masters of Sex and Death

Because it’s valentine's what better opportunity is there to discuss the riveting and nonconformist love lives of some of the most influential artists of the 20th century, Gustav Klimt and Egon Schiele, who's desperately passionate, expressionist work pushed the boundaries of art and depicted the human figure as never before. 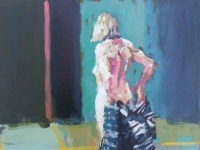 Philip Tyler’s Take on the Nude 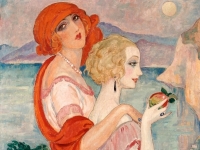 As part of LGBT History Month we’re celebrating the achievements of artist couple Gerda Wegener and Lili Elbe, whose story was popularised by Tom Hooper's Oscar-nominated film, The Danish Girl (2015). Gerda and Lili were pioneers of gender performance, and together they challenged the boundaries of gender identity - in art as much as in life. 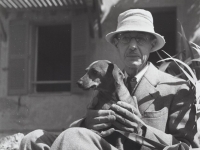 ‘Pierre Bonnard: The Colour of Memory’Llights up Tate

Posted in Inside Scoop by Ruth Millington on 29th January 2019

Posted in Inside Scoop by Bethan Street on 22nd January 2019

London Art Fair showcases the best of modern and contemporary artistic talent from around the globe and gives everyone an opportunity to explore, buy and enjoy art. This year’s fair focused strongly on prints, with new work by well-known artists like the Chapman Brothers and David Shrigley. We bring you 3 artists, their printing techniques and how they work.

Posted in Inside Scoop by Bethan Street on 16th January 2019

We interviewed the artist who spends his days transforming music into paint on canvas. 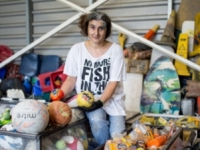 Posted in Inside Scoop by Bethan Street on 08th January 2019

Detox with Art | The Ritual of Visiting Museums and Galleries

Committing to ‘Dry January’ is all very well and good, but what if we said you could detox with art instead? Scholars have suggested that the act of visiting an art museum or gallery can be a ritualistic experience that can prompt catharsis, and even revelation.

Posted in Inside Scoop by Bethan Street on 03rd January 2019

Hex Breaker by Michael Tierney has been favorited 58 minutes ago

Four Umbrellas by Ewa Czarniecka has been sold 1 hour ago