Peter Horvath is a Canadian artist whose work with photographic collage has earned him international recognition. Beginning his artistic education at the Emily Carr University of Art and Design in Vancouver, Horvath has gone on to exhibit extensively both in his native Canada and beyond. You’ll find some of his pieces in permanent collections in galleries across the world.

Horvath’s work demonstrates the power of collage to subvert expectations and create thought-provoking works. Using mainly images from early 20th Century advertising and Hollywood, these pieces explore early consumer culture. However, by taking these images out of their usual context, Horvath repurposes them and completely redefines their meaning in fresh and interesting ways. We caught up with Peter to find out a little more about his artistic journey, process and some of his plans for the future. 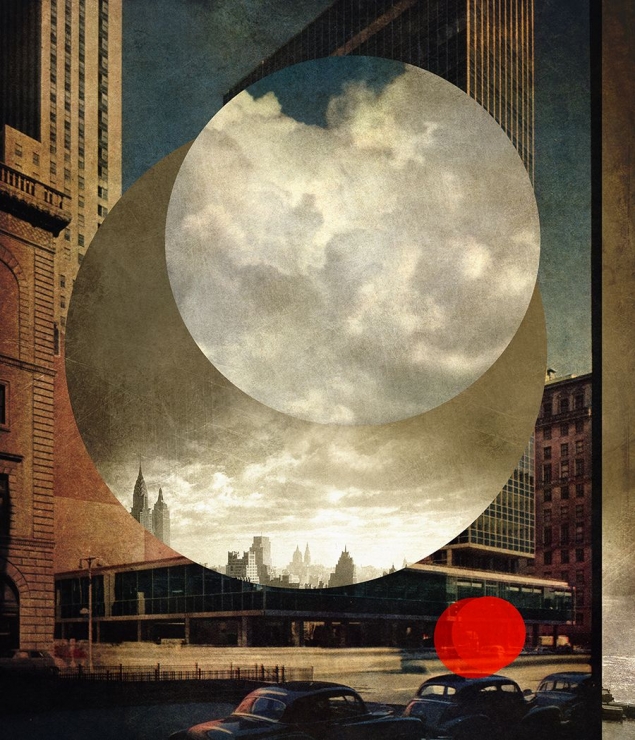 Tell me about your beginnings as an artist. When did you first discover your creativity?

My father was a portrait photographer, so my artistic beginnings revolved around photography. I created my first series of images when I was 6 years old. I photographed a number of my friends, individually in my room, each holding an object or toy. My next series documented cars in local parking lots, all shot from the same angle. Although I didn’t realise it at the time, looking back on these images now, there was a particular viewpoint and artistic intent guiding me. 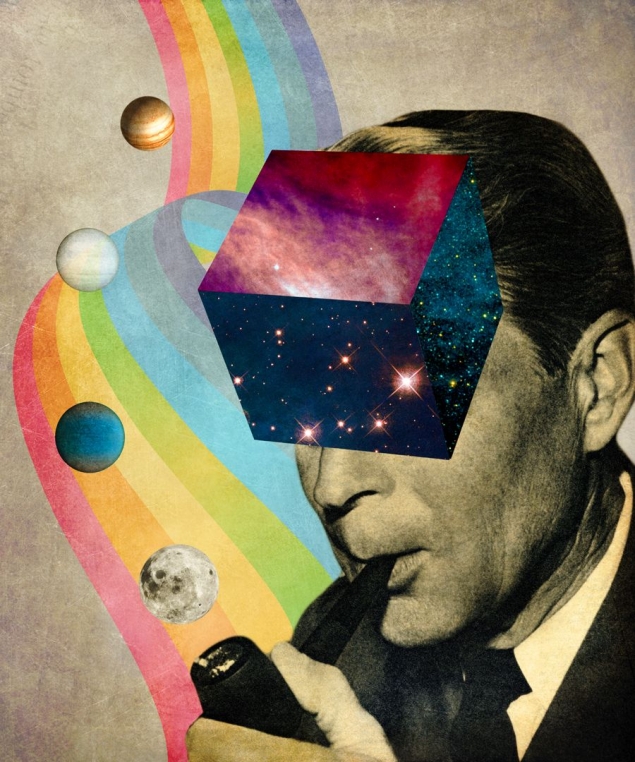 You work extensively with collage. How did you first come across this medium, and what do you feel it has to offer that other mediums cannot?

In the mid 90’s, I came across a book of John Heartfield’s 1930’s AIZ photo-montage covers and it kind of freaked me out! I’d never seen photography used in this way, specifically illustrating ideas and portraying messages by cutting and pasting elements together. It opened my eyes to new ways (for me) to use photography as a medium, and so I began experimenting with collage; first using my own photographs, then eventually branching out to use images from magazines. Coming from a photo-based background, collage was an extension of a medium that I had used all my life, entering new territory conceptually, through the deconstructing of photographs. 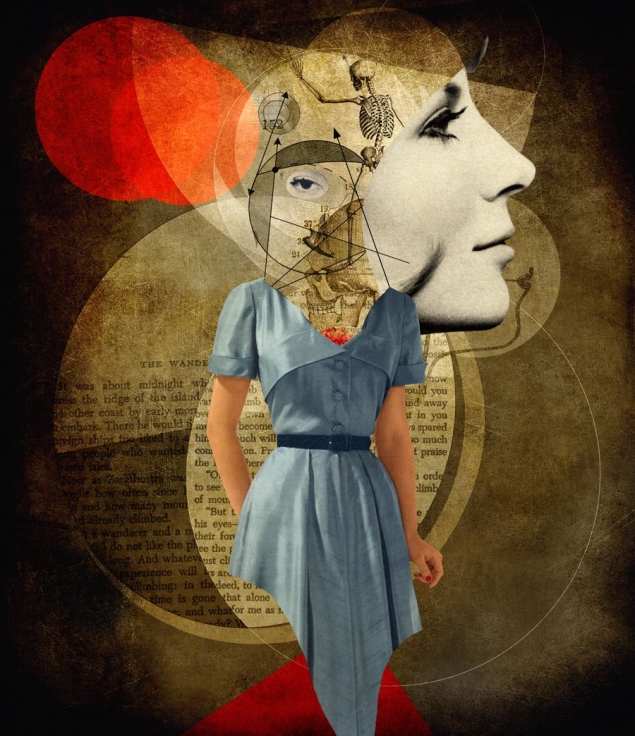 Which artists would you cite as your influences?

John Heartfield, as mentioned above, but also another Dadaist, Hannah Höch who made collaged images in a very different way than Heartfield, distorting figures and faces by cutting and pasting; Francis Bacon, whose sublime paintings inspired me to consider adding paint to my assemblages; Jenny Holzer’s New Media text-based work, and Barbara Kruger, who combines text with image - both of these artists’ work showed me the power of language and uses of typography in a visual medium. 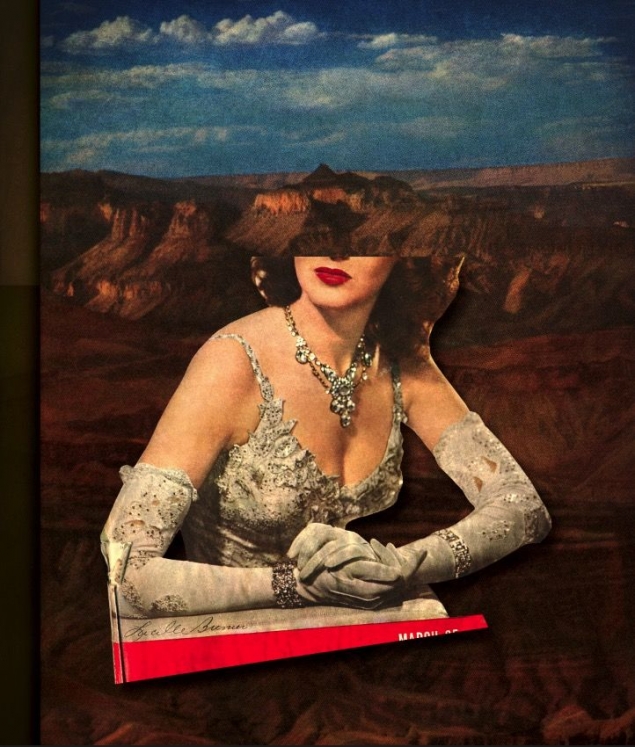 Your use of mid-20th century archive material gives your work a distinct style. What is it that you find so inspiring about this period?

Vintage magazines provide a look into the beginnings of consumer culture and commercialisation, but the adverts have an innocence compared to what we’ve become accustomed to today. The messages are simple and straightforward, even naïve, and the figures are often stiff, like human mannequins. I like the rigidity of the figures, and the re-purposing of the message into an altogether different reading. Also, the paper stock and printing have a particular quality that I focus on in my work, blowing up small details that normally would go unnoticed. 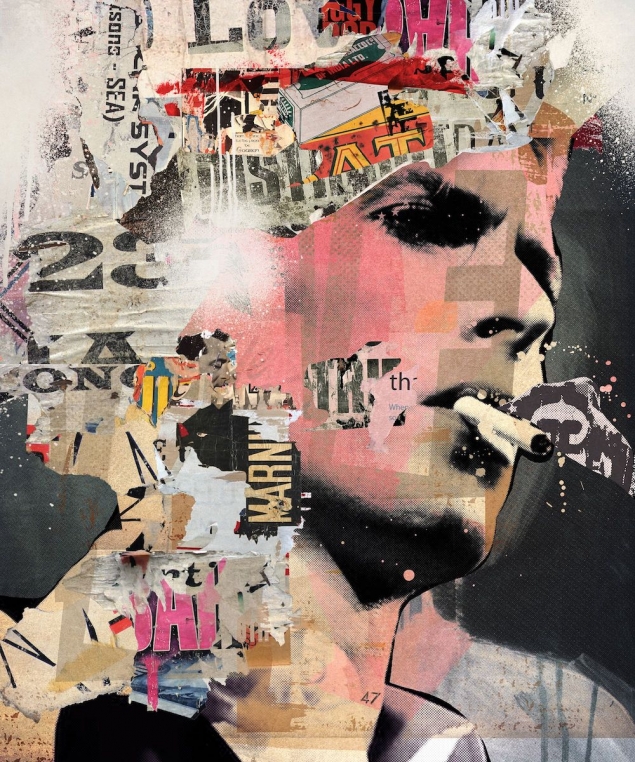 How would you say that your style has developed over the course of your career? What sets your works today apart from those you made 10 or 20 years ago?

My newest images refer conceptually to my New Media video pieces, where I intervene in the telling and understanding of a narrative through editing and multiple screens. With my new assemblage pieces, I’m focusing on popular culture figures, and obscuring the underlying image with layers of collected street posters, magazine fragments, ink drops, and spray paint, creating abstracted renderings. This work is, in a way, a nod to the work of the Nouveaux Réalistes group of artists from the 1960’s, who appropriated street posters, peeling back layers to reveal what was underneath. 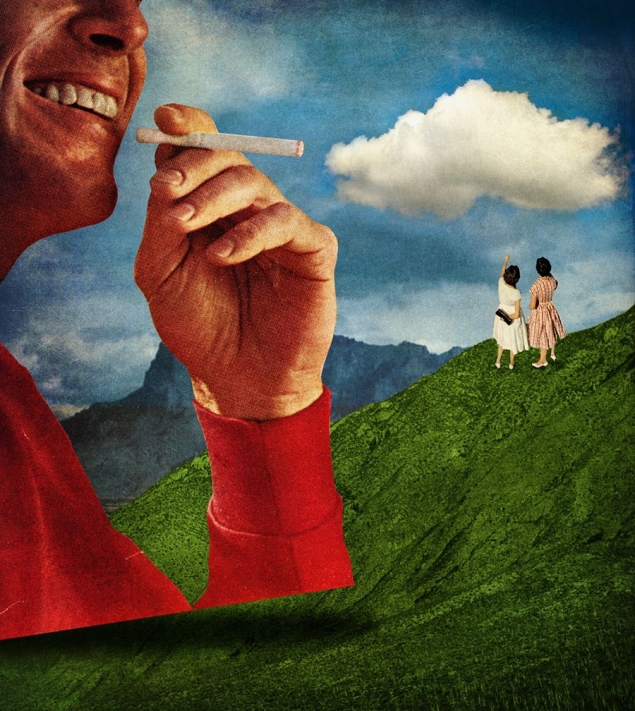 The Smoker by Peter Horvath

You often take images away from their usual context. What are your reasons for this, and how do you feel this shapes your artwork?

For me, it is a thought exercise to cut elements out of their context and re-purpose them to represent a totally different meaning than originally intended. It can be challenging, almost like solving a puzzle. And although I begin creating the piece with a clear intention, it often evolves into something entirely different than I had planned, revealing itself during the creative process. 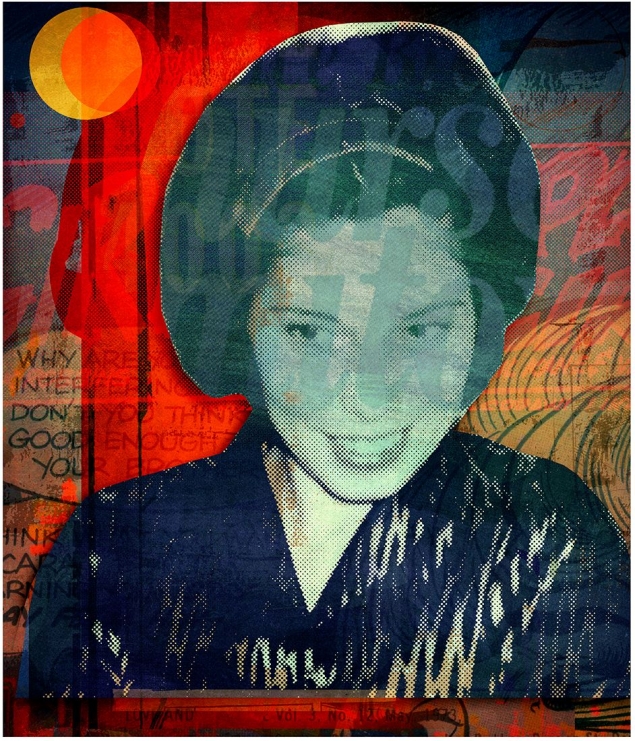 What are your plans and ambitions for your career as an artist?