It’s as if Hiroshi has taken elements of Cezanne, Hopper and Vermeer and personalised them to create intimate and quiet glimpses into the lives of his subjects.

These are the words of Art Toronto Director, Susannah Rosenstock, one of our esteemed regional judges for the Rise Art Prize. Not only are Hiroshi Sato's paintings technically excellent, but they are also fascinating in subject matter. The US-based Rise Art Prize finalist explores human consciousness and the ways in which mind and environment interact. Come behind the scenes of Hiroshi's studio and find out more about his motivations and influences. 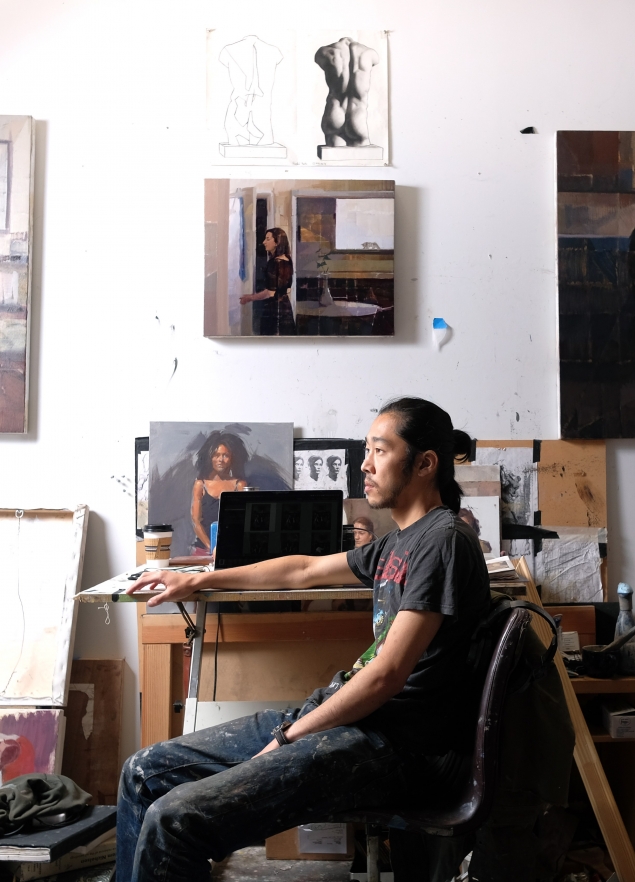 Hiroshi sitting in his studio.

What Is It About Figures in Interior Environments That Interests You?

My interest in making works that contain an implied narrative drives the setting of the picture. The figure in interior environments allows room to infuse a more concise context, and allows me to seamlessly arrange a cohesive relationship between various objects that are included to provide the narrative. It quite literally allows me to create a scene. 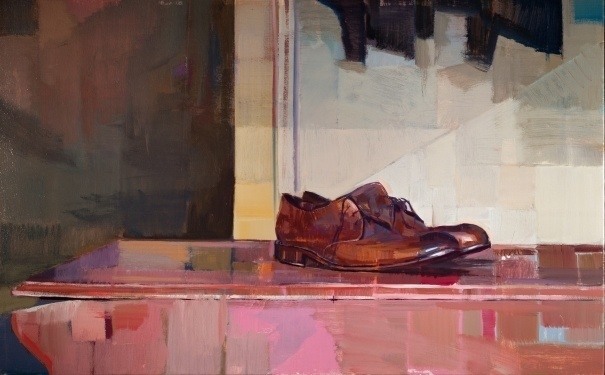 Where Do You Draw Inspiration from for Your Pieces?

My inspirations derive from human behavior and my interest in exploring the endless facets and questions of human perception. Due to my background, I have always observed the individual human mind as a complete world within the external world we all share and occupy. 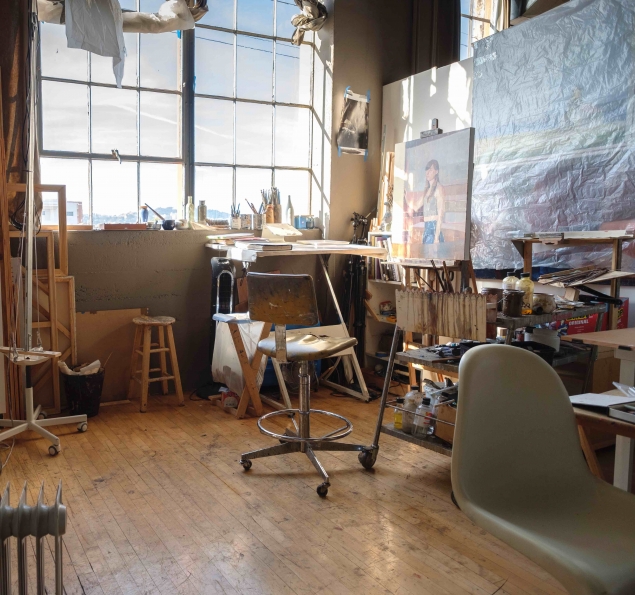 Who or What Has Influenced Your Painting Style?

My defining influences in painting have been Chuck Close, Euan Uglow, Johannes Vermeer, Edward Hopper and Andrew Wyeth. Chuck Close was the artist who showed me how I want the eye to see illusionism. Euan Uglow defined how I would technically want to paint. 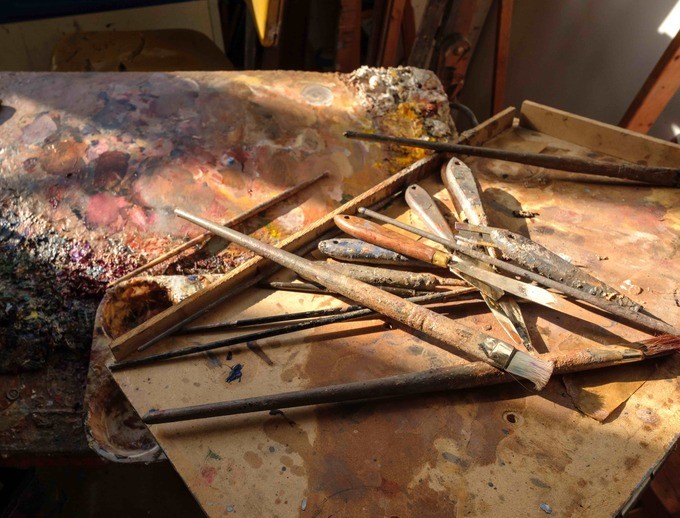 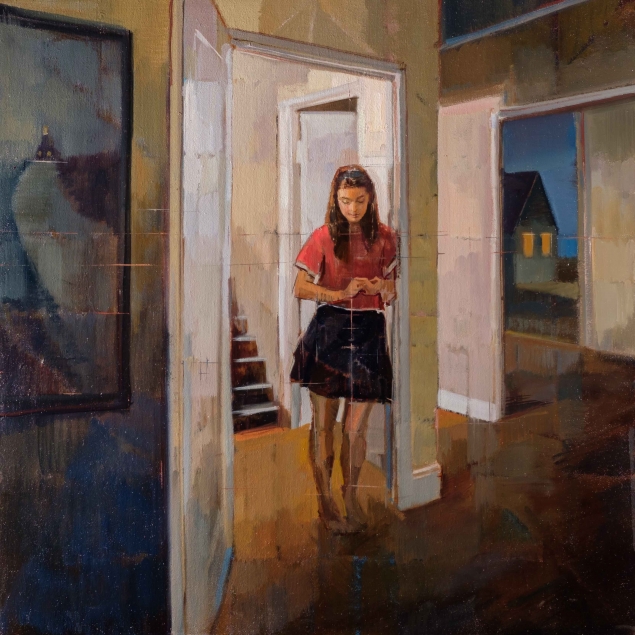 Where Is Your Studio and What Is It Like?

My studio is in Mission District in San Francisco. I am a loosely organized person in that I prefer to know where I have put tools, but I will not waste time organizing. I have a routine and so I already know what I will use and therefore ease of access is prioritized. 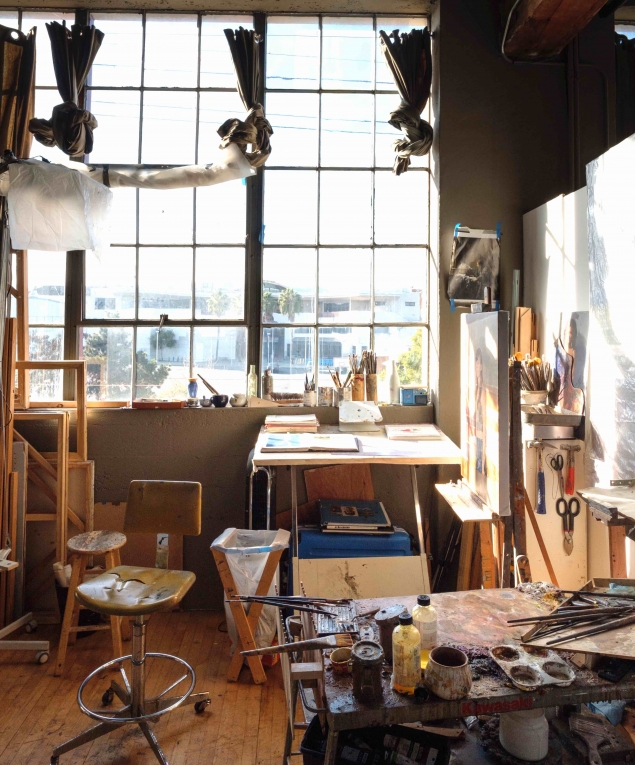