Peter Horvath’s new collage series, American Century, explores the decline of the United States as a global superpower. By pulling imagery from 20th Century magazines, the Canadian artist constructs nostalgic pieces that hark back to a happier, more prosperous time in American history. We ask Peter about the process behind his new series, which he is previewing exclusively on Rise Art. And if you love his work, come check it out in person at our Rise Art Prize finalist exhibition in February at House of Vans, Waterloo. 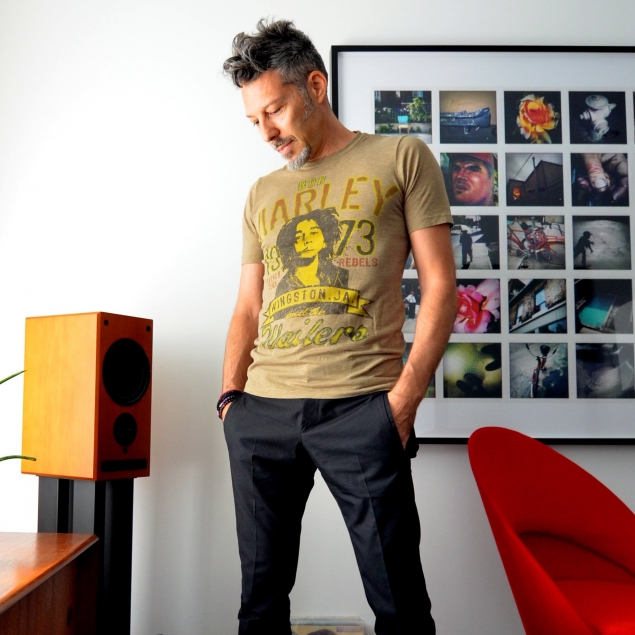 What is the motivation behind your collage work?

I was originally drawn to collage when I first discovered John Heartfield’s anti-Nazi propaganda AIZ covers back in the late 90s. It was like a bomb going off in my head, I had never seen photography used in this way. Then I came across Hannah Höch and the other Dadaists’ collage work and was again overwhelmed with a desire to start cutting and pasting. 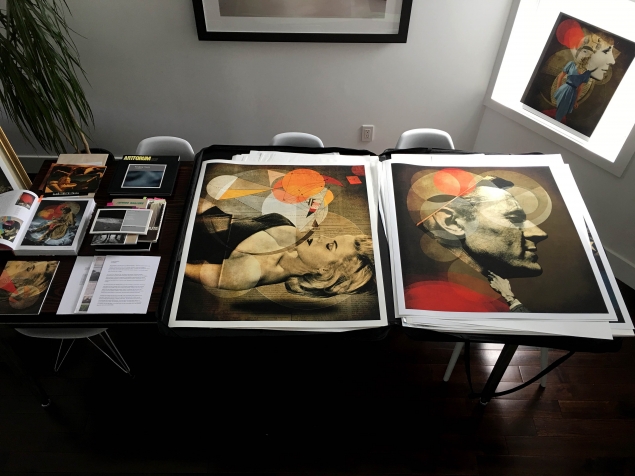 Tell us about the series that you’ve chosen to release on Rise Art.

The series title is American Century. These works are a reflection on the decay of the United States’ global potency, and the 20th century American hegemony, as viewed through the nostalgic lens of lost heroes, icons and imagined landscapes. 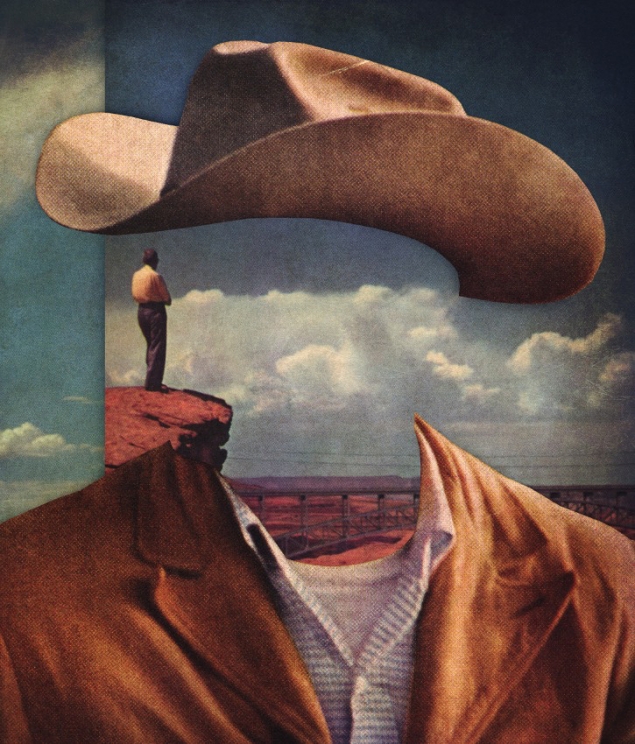 Can you describe your artistic process, from conception to final work?

I begin initially with an idea and often do very loose reference sketches. These are more idea-based drawings as opposed to element placing within the frame, which I let happen organically once I start building the image. 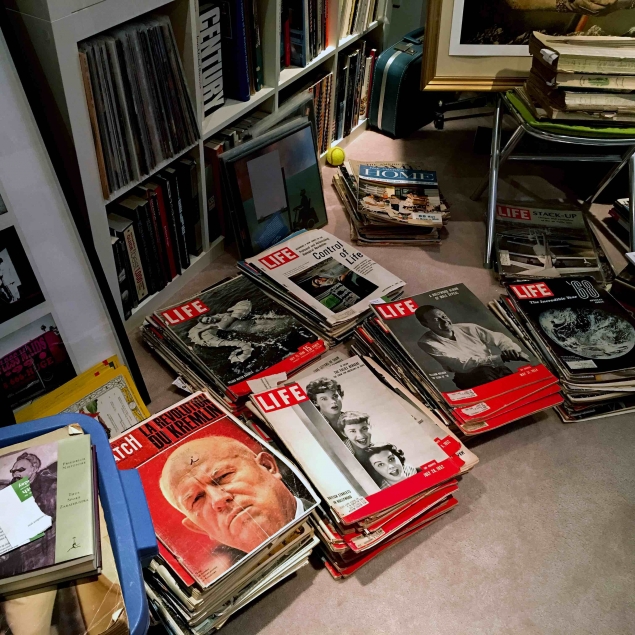 Then comes the foraging through my archive of reference material, which is a marriage of “search and discover”. My studio floor has hundreds of magazines strewn about and open to pages that have struck me at one time or another. 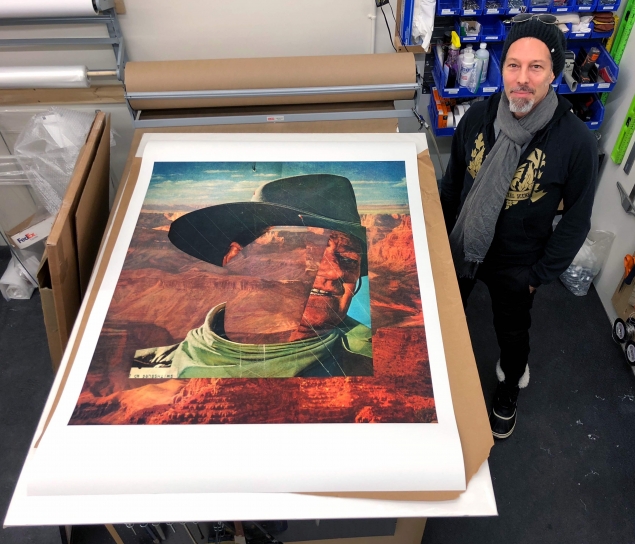 Since my collages are digitally assembled, it allows me to construct them with scale in mind. I have long felt that photo-based work competes with painting, so for me, scale is important. My American Century collage series are produced to print large, with the Untitled (John Wayne) edition 1/5 a one off, the largest of the series, output at 47“ x 40”. 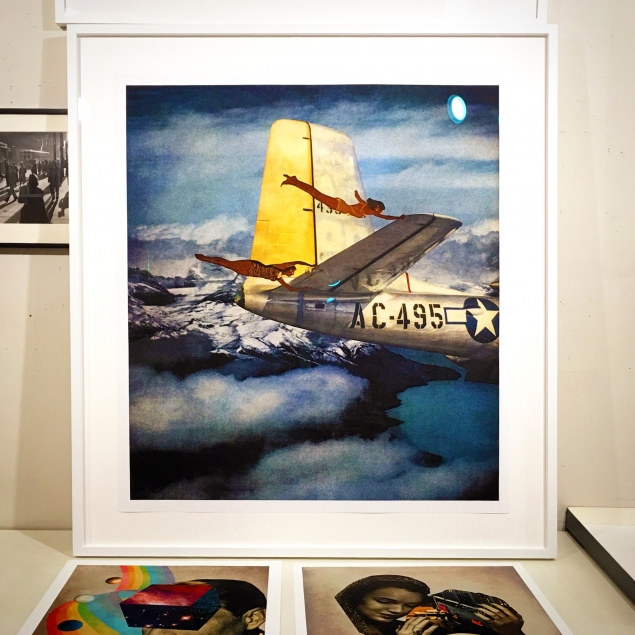 My present space is the polar opposite of my previous space, I call it the “man cave studio”; quiet, insular, private, womb-like. I have a great sound system installed so when I’m working at 1am I can indulge in ambient soundtracks to spur on the creative process. I listened to a lot of Pink Floyd, specifically Animals, side 1 while making American Century. 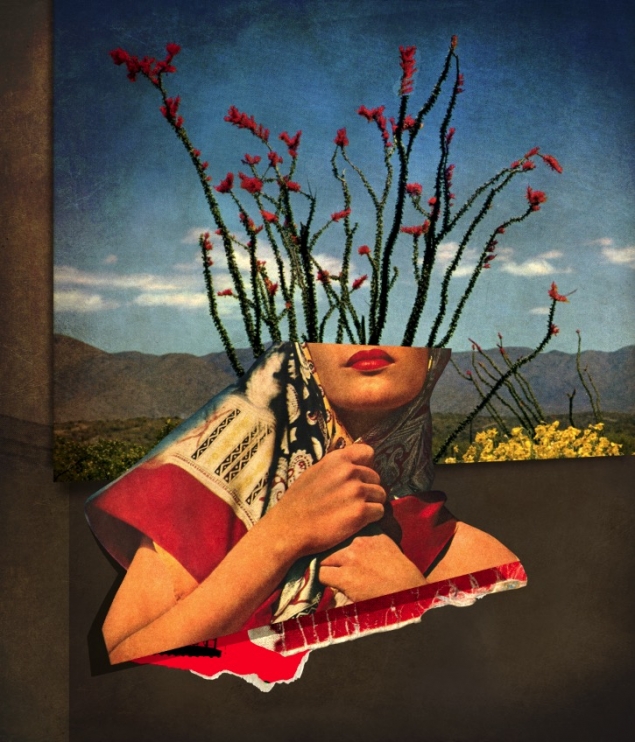 Moving forward I plan to continue making photo-based work, a video installation is in the works, and I wish to carry on exhibiting internationally.