Celebrated British artist Miranda Donovan demonstrates a remarkable ability to transform her canvases into sculptural surfaces. At first glance Miranda's paintings look like rusted metal sheeting, or grimy concrete walls covered with graffiti. Her street art style pieces are popular with notable collectors, including Lord Edward Spencer Churchill and Jeremy Clarkson. Miranda has countless exhibitions under her belt, plus the Stainers Painting Prize and the Kidd Raminet Painting Prize. What has inspired her unique style and why does she do what she does? Rise Art finds out. 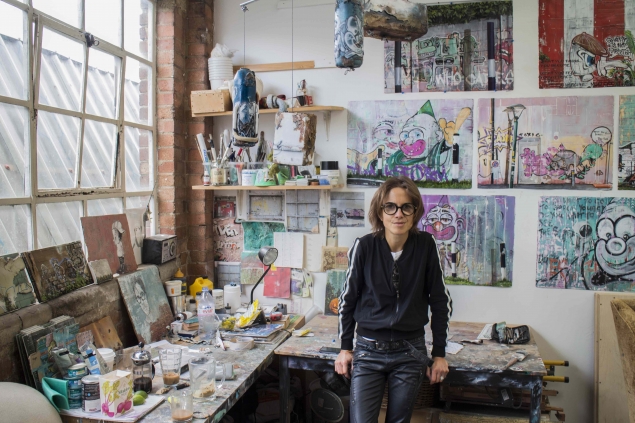 From the age of 5 I was always at my most content messing around for hours with drawing and painting.  However it was in my early twenties whilst living in Aix-en-Provence just before getting a place at the École des Beaux Arts d’Aix-en-Provence that I became conscious of that feeling in the gut, an all consuming energy surge, to create. 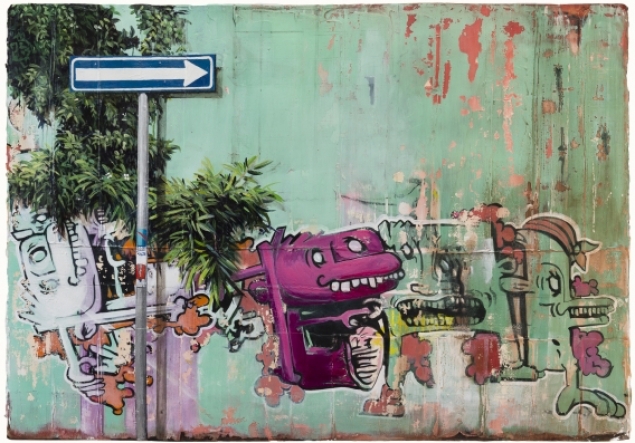 Tell us about your artwork. What concepts behind it and what are your processes?

At its core, my work is a constant investigation into the relationship between man and nature. Literally, psychologically and spiritually.

Having been living and working in an industrial part of London, it’s perhaps of little surprise that these last few years have seen a stronger leaning towards work which speaks of man’s ever increasing urbanisation and consumerism, the darker sides of civilisation and decay. 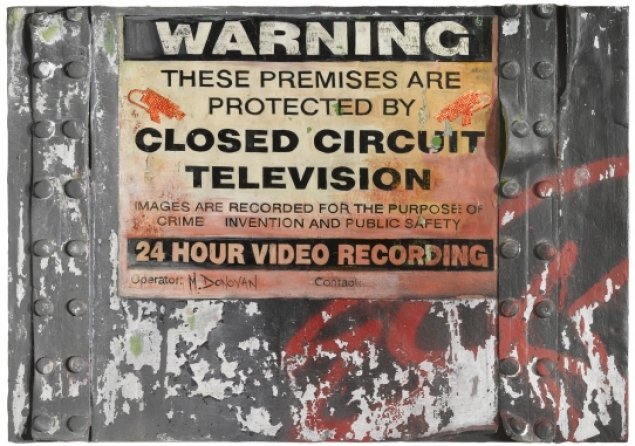 I created a series of steel sheet with rivet works (see example above), “built” using resin on panel, manipulating the materials to give the illusion of steel.  Set in contrast against these “steel” sheets are signs and words made from thousands of Swarovski crystals. 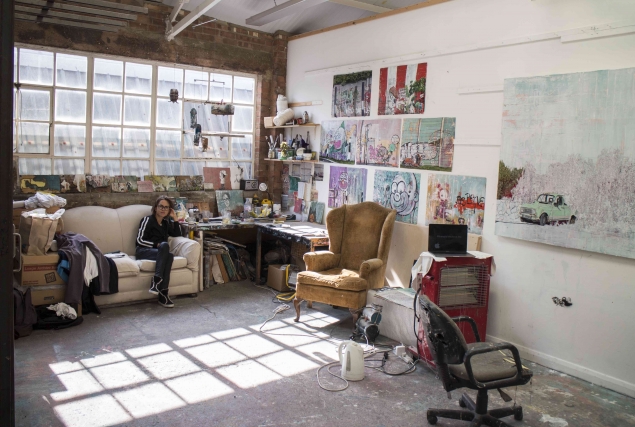 More recently however nature is taking on an ever increasing role in my work.  It is becoming the more dominant force. Using oils I am currently painting highly detailed works my aim of which is to speak of nature’s regenerative, restorative characteristics whilst also reminding us that regardless of man’s intervention nature will one day triumph over us all. 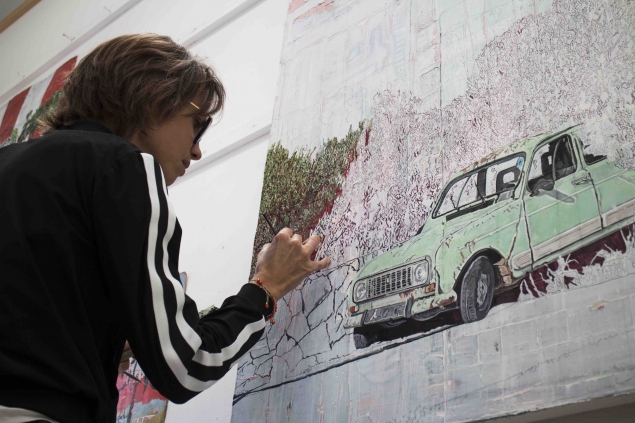 How has the street art movement influenced your work?

It was whilst living in Aix back in 2001, as I explored Marseille and the surrounding area, that graffiti really entered my consciousness. At the same time I became friends with someone who, by day, worked for the Mayor of Aix, running the studio of Cezanne and, by night, went out onto the streets to mark his territory - escapades I would sometimes join him in. 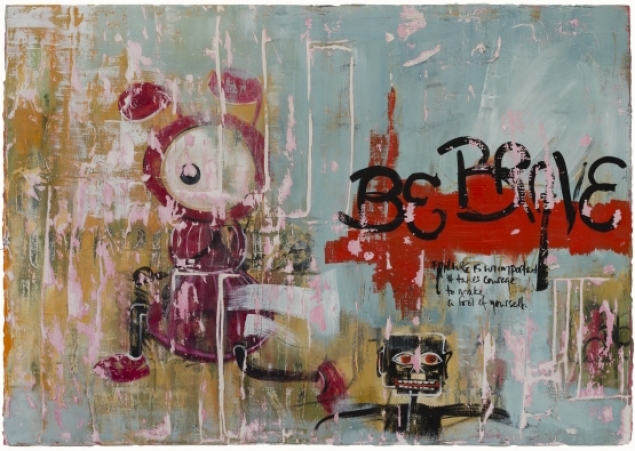 I have always been drawn to comic strips and on a visual level, for me, graffiti and comics, their colour and graphics, have a strong affiliation. However what really resonates for me is the universality of graffiti as a form of language and territorial expression, a desire of wanting to leave one’s mark, whether from the early Lascaux cave paintings to the graffiti scrawls you’ll find littered around a city today. 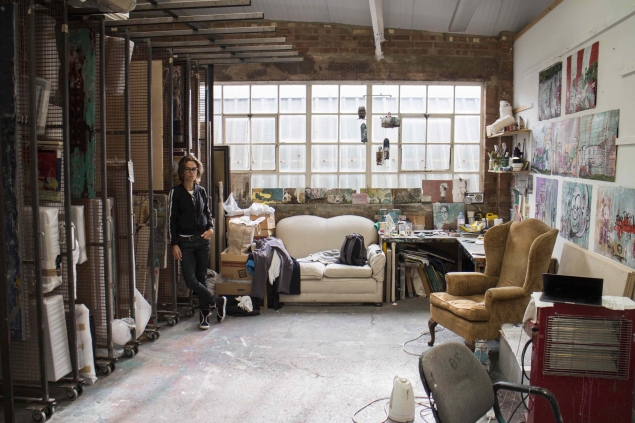 Give us a quick one line about your studio space - what do you love about it?

The natural, even light and its industrial feel.

And what’s playing in your studio right now?