Meet Philip Vaughan, the artist behind the landmark 48ft tall Light Tower which sat above the Hayward Gallery from 1972 to 2008. Philip has been involved for the last 10 years or so in an effort to restore the Light Tower. It was a rare example of a large contemporary kinetic artwork on the streets of London but it was never returned after it was taken down from the roof of the South Bank gallery for renovation.


Philip works in a number of fields including painting, drawing, small scale sculptures and larger commissioned public artworks. The artist also has a lasting interest in Light Art and movement, working with Neon and LED light sources and occasionally involving installations that include music. We caught up with Philip to find out more about his journey as an artist. 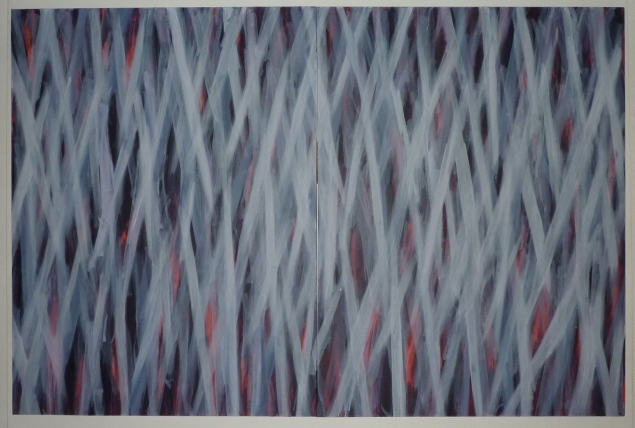 I realised quite early in my childhood that I wanted to have something to do with drawing.

I was brought up in France in a beautiful old company house overlooking the sea and the entrance to Le Havre harbor. My father headed the salvage division of a tug company and I became fascinated by ships and the Sea. We used to get notebook covers from school that when opened out would make a nice A3 blank area and my first drawings were ships in profile on these.

By the time I got to boarding school in England I thought I wanted to be a naval architect. My art teacher, the legendary Gordon Taylor persuaded me that there was more of a career in architecture and art and I went off to architecture school at Cambridge, later switching to Hornsey and Chelsea art schools to study sculpture and painting. 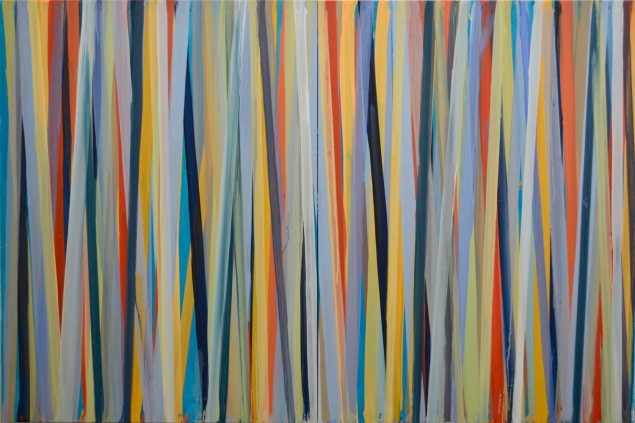 What inspires your art?

I have always been fascinated by science and nature. Art for me has always been a research project. At Chelsea I had the very good fortune to study under Anne Rees Mogg, who taught an amazing class on color theory. This seized my interest in that it included a study of light and the process of seeing and understanding light and colour. I started to make sculptures using light as the medium, mostly projection and linear light in the form of neon. I also became fascinated by the persistence of vision and its possibilities of creating apparent motion as in the cinema, adding a time dimension to my work. I applied this to programmed light sculpture to create works that appeared to move in smoothly choreographed motions. My first large-scale work of that kind was the 50ft high Neon Tower that I was commissioned to create for the Southbank and the Hayward in London. 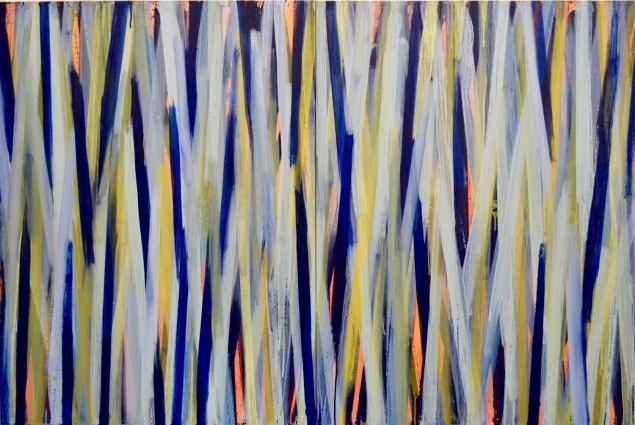 More recently a lot of my drawing and painting has derived from observation of plant and tree forms in nature. How those plants arrange themselves, how they grow and branch out is all geometric and yet fabulously diverse and complex. That complexity continues to fascinate me to this day. I am also fascinated by the ocean and waveforms, which I have spent many hours observing from the deck of a sailing boat. All these ideas get mixed together and reverberate through my work to this day.

Living and working now In Los Angeles, I spend a lot of time in the desert and the northern California redwood forests and these places have a profound effect on my work. 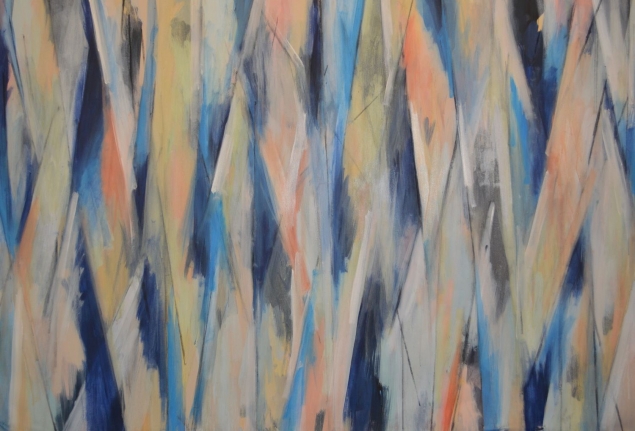 Pulling Out by Philip Vaughan, 2014

Can you tell us about your process?

I like to work intuitively, I like to allow chance to enter into my process. Often something will fascinate me long before I understand why it does so. I have learned to trust those intuitions and to observe closely. Those sightings will often transform into sketches and notes, which eventually might coalesce into an idea for a work of art. The road is not a straight one, it's a circuitous process but I rely on my sense of feeling and smell to judge where to place my energy and how to guide the work process from idea to evolving Artwork.

I am also an incremental worker, I work at one idea and carry it as far as I think I can, then switch to another canvas to pursue the next incarnation of that idea. Often the initial versions become subsumed into a larger research project as the idea grows into something more complex and hopefully more fine-tuned. Again the sense of intuition is my guide, I watch these ideas grow almost as if they are separate creatures, leading me along a path that if I am lucky is mysterious and fascinating. 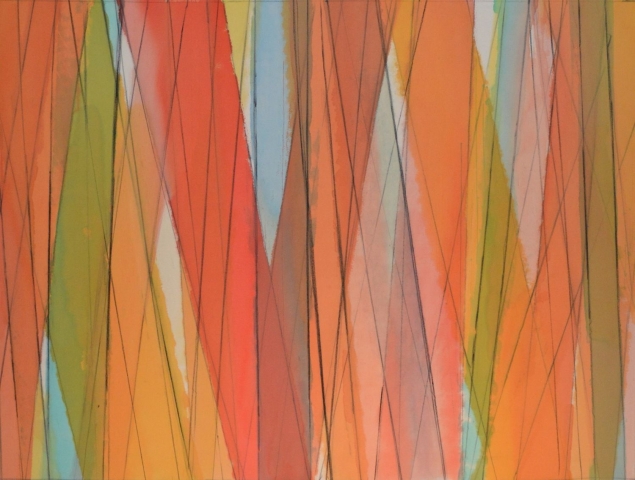 I am hoping to find a new way to market my work in the coming years, to increase the funding I can apply to new projects and with the aim of spending more time working in the studio and on large public art projects. In this new world of struggling brick and mortar galleries, I am interested in new ways to market my work on-line and Rise Art seems to be a well-thought-out initiative in this direction.

I am also hoping that we can find a home in London for my large-scale Interactive Light Tower. Meanwhile, I am working on steel maquettes for these larger works, sketching in 3D and developing ideas that can be executed at scale when the opportunity arises. In the meantime I pursue a parallel effort in the studio, currently, I am working on a series of striped color paintings for a show in Los Angeles this Spring. I would love to introduce this work to a new audience in London and elsewhere. 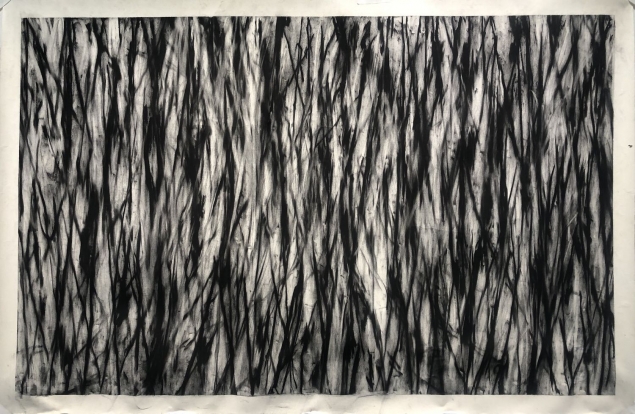 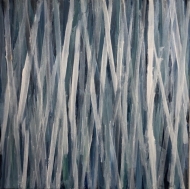 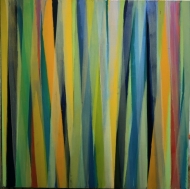 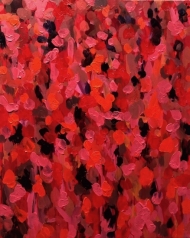 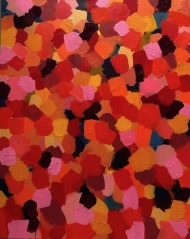 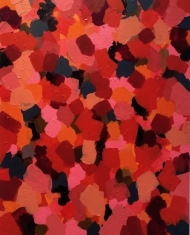