Abstract painter and one to watch Grace Aza-Selinger's otherworldly paintings see electric colours fuse on canvas in an explosion of expression. Through the masterful manipulation of paint on canvas, she creates mesmerising artworks inspired by the intrinsic patterns of nature. Microcosmic and universal all at once, her works are a playful ode to the exotic and magnificent natural world.

Having exhibited alongside the likes of Sir Peter Blake, and with a handful of solo shows in major cities under her belt and works in private collections across the globe, this fresh talent is worth keeping an eye on. Grace gave us a tour of her studio, revealing the step-by-step process behind her Water Blooms series and sharing the influences behind her colourful, dreamy pieces. 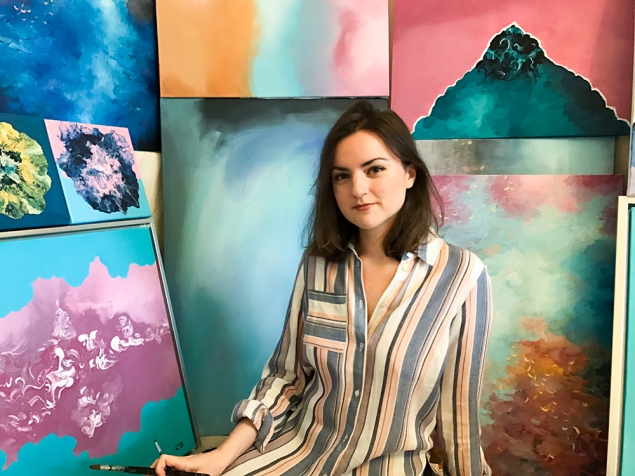 I wanted to be an artist since before I can remember, it has always been something I knew very strongly about myself. As a child I used to spend hours copying from other artists like Hockney and Monet. I recall being so surprised when another friend didn't have colours or paper, that I gave her some of mine - creative expression has always been intrinsic to my life. 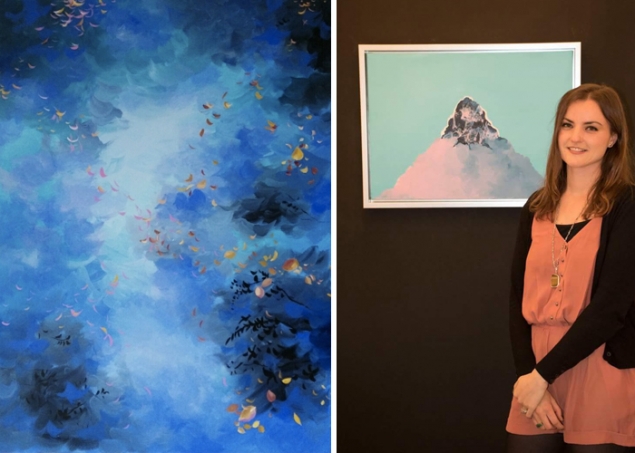 Give us a quick one or line about your studio space - what do you love about it?

I'm lucky to have a beautiful view from my studio - if I ever feel like I need an inspiration boost I just look out the window to recharge. I used to work in a studio space with no windows which is definitely not something I recommend - as an artist you're inspired by the world around you so it's important that you have access to it when you're at your most creative. 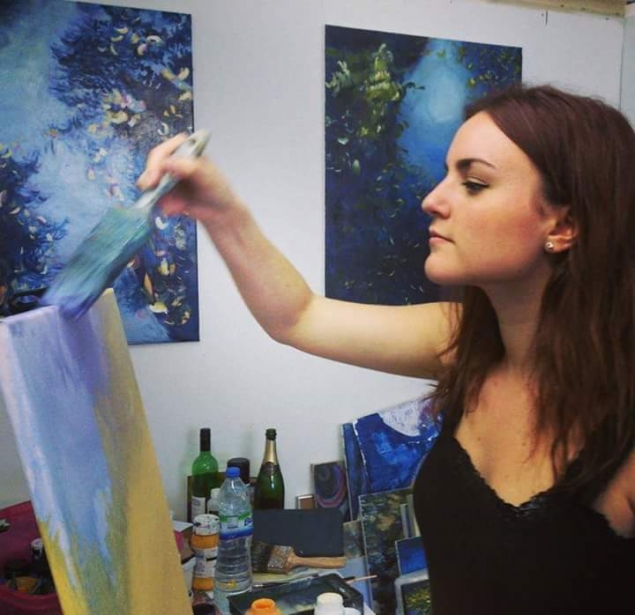 My current favourite work is 'Become', because it was a real journey to get it to the point where I was happy with it. I was at a stage where I could have overworked it and ruined that subtle balance between a beautiful and average painting! 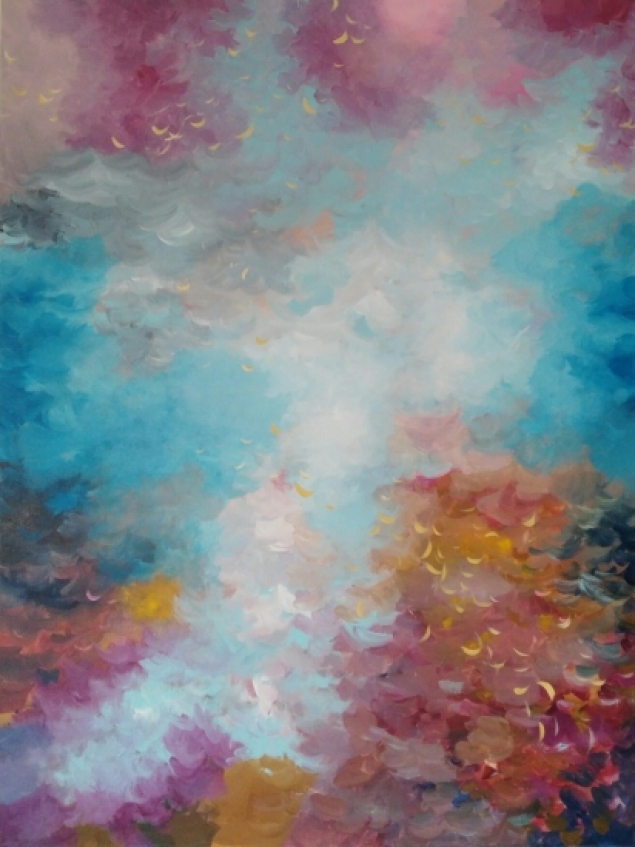 Where do you seek inspiration?

Inspiration can come from anywhere - often it's a new city or environment that makes you look at things with fresh eyes. Nature is a continuous source of inspiration for me. In particular Grunewald Forest in Berlin, and the city of Paris, have been places that I fell in love with; I made whole new bodies of work as a result of a visit there. I also love looking at the work of other artists and being inspired by their processes. There's a whole world of material out there and sometimes the job of the artist is simply to process it all in a way that a viewer can relate to! 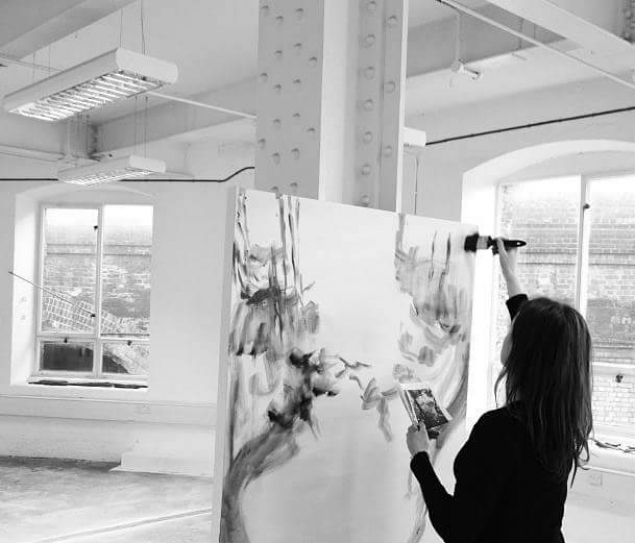 Talk us through the process behind your pieces...

A lot of my work is influenced by nature, and for my latest series I became inspired by the concept of using the paint to mimic some of the beautiful organic formations that can be found in the natural world. For me, the best works are the ones that are most instinctive, where the paint takes on a life of its own. 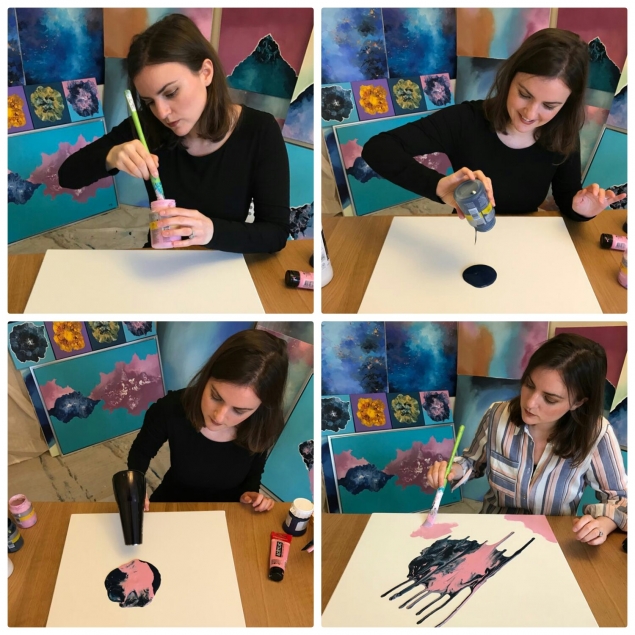 To create my 'Water Blooms' series, I start by choosing two or three colours which I think will really work well together - at the moment I'm inspired by neon pinks and opaque blues - before creating a fluid mixture of each colour using a blending medium. I pour them onto the canvas and manipulate patterns using a lot of lung power to blow the paint into position. It's really incredible to watch these beautiful formations appearing.

After this initial phase I will then go over some areas with a brush to either further define or blend. Then I'll add a strong background colour to frame the formation. I always believed that art should be about emotion - when you fall in love with a painting, it is not a rational process, rather an immediate visual reaction - the same goes for creating it. 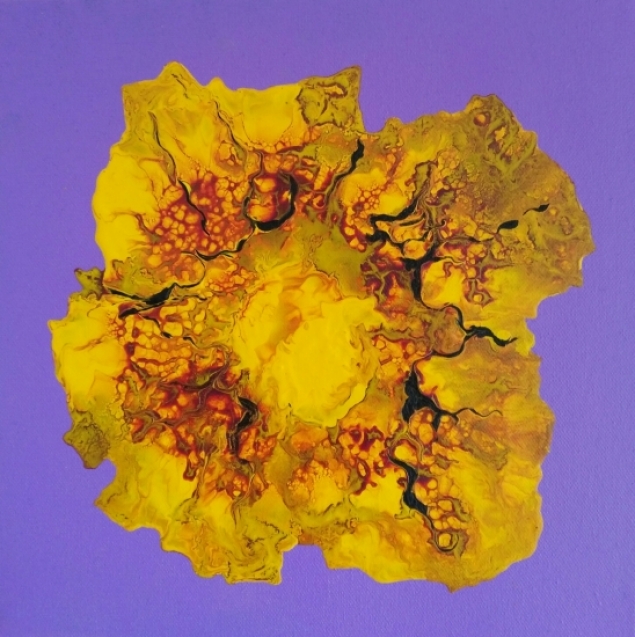 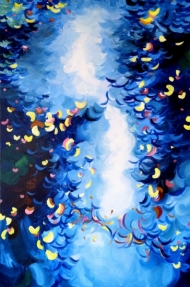 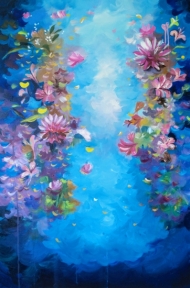 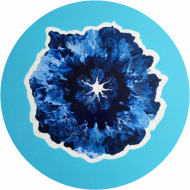 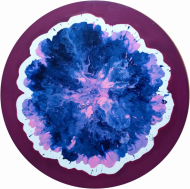 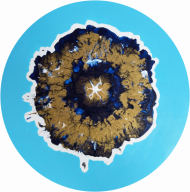