British Airways just published an article on Mashable as part of their 'Let's Explore' series. Celebrating the new direct flight path between San Jose and London - and this effortless connection between tech hotspots London and Silicon Valley - the feature is an 'ultimate guide' on how best to spend your time in England's glorious capital (...between business meetings of course)! Rise Art co-founder Scott Phillips was featured in the piece, revealing some of his favourite London hangouts! Originally hailing from the west coast USA, Scott feels right at home within the trendy district of Shoreditch, but won't say no to a trip west either... 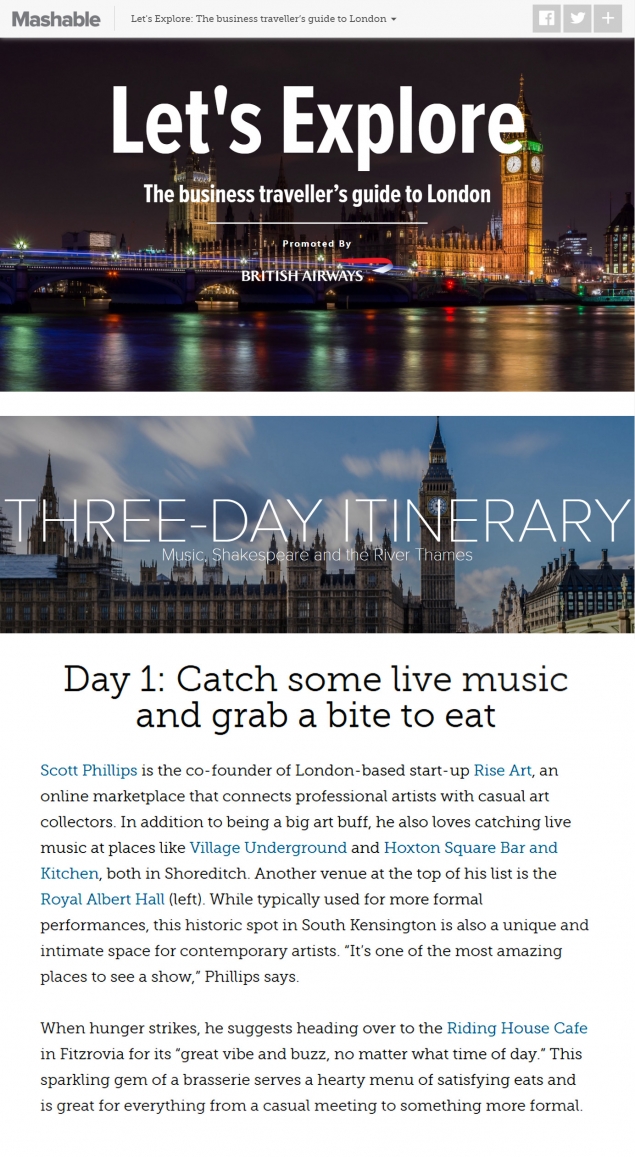