Robin Friend has spent the last five years exploring with his camera the abandoned metal mines in the north of Wales.  There are abundant depths for Robin to explore as gold, zinc, coal, lead-silver, slate, tin, and copper have all been excavated from the region.

Tell us a bit about your process

The challenge of creating a photograph in complete darkness in a mine is a testing experience. Ropes, harnesses and inflatable dinghies are needed and very long exposures with the help of a hand held torch are used to make the final image. Running rainwater seeps through the mountain and combines with the minerals in the rock wall to create striking colourful patterns and unusual sculptural objects. They are totems; a legacy of wounds that bear witness to a once booming industry that has exhausted the earth of this place. One day these scars will be ubiquitous.

In this series of pictures instead of concentrating on the remains of machinery and mechanical workings I have deliberately trained my camera on the more obscure and abstract mineral formations that have formed over many ensuing decades. 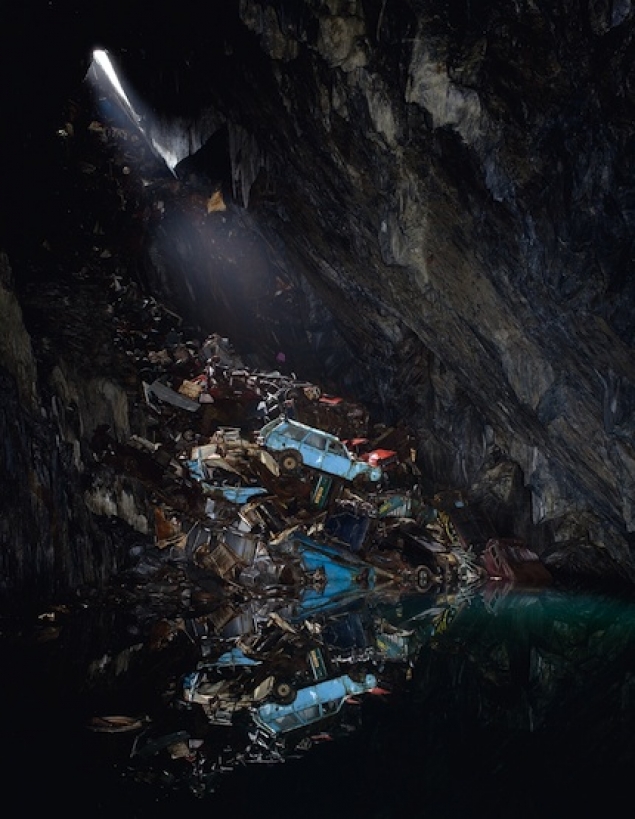 Gaewern Slate Mine (Abandoned in 1970)

What is it about mines that intrigue you?

Without the mining of minerals the world as we know it would be unrecognizable.  We are increasingly reliant on mineral materials to create products that maintain our way of life, our health, and the global economy.  The pace at which humankind is extracting and expending the resources of the earth is unprecedented.  Today there is more large-scale mining in more countries than ever before.  Industrialized countries have used up much of their own resources and import ever increasing volumes of raw material.

How do you capture your images in the dark depths of the mines?

When making work down mines and in caves I use a technique that people have described as painting with light. These places are pitch-black so one has to manufacture the light to create a photograph. I set up the camera on a tripod and with the aperture open I use a hand held torch to scan the beam of light over the subject I am trying to render. The length of exposure can be anywhere from between 5 and 20 minutes depending on the subject and the torch or lamp I am using. Not so long ago I had a custom-made torch made by an Engineer.  It is incredibly powerful and depending on the setting can light up the large chambers. 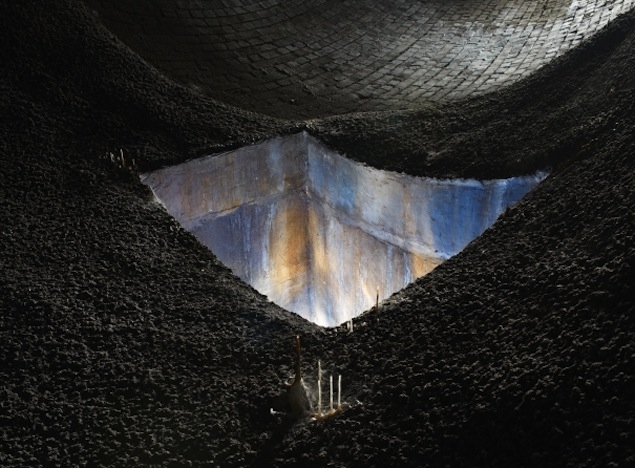 The colour saturation in your images is stunning – how do you achieve it?

One can get some really interesting and unusual results when using film in low light conditions. Film has a reciprocity failure and with the long exposures I uses often the colour balance can shift - resulting in some surreal and saturated results.

What meaning do the works carry for you?

The final picture is a warning and hopefully a deterrent. We must act to change societies ‘throw away’ attitude and recycle the minerals we have removed from the earth rather than discarding and dumping them in landfills never to be used again. All of the objects in this picture have been made from natural resources that have come from a mine. By recycling these objects we can minimize the negative environmental impacts of mining, save energy and ensure our mineral resources are sustained and secure for future generations to come. 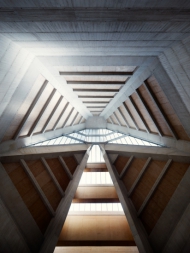 Brutalist I, untitled #8 by Nick Rochowski 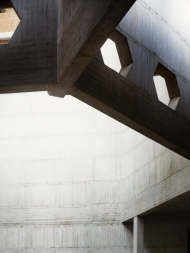 Brutalist I, untitled #1 by Nick Rochowski