In association with our partner CCA Galleries, Chelsea Futurespace's acclaimed, summer exhibition Four Decades showcases a collection of prints by Sir Peter Blake, chosen by the artist. We take a look at the fruitful career of Sir Peter Blake - deservedly deemed, 'The Godfather of British Pop Art.'

Sir Peter Blake is perhaps the most recognised and highly regarded artist of the British Pop Art movement. Much of his output - such as the sleeve for The Beatles’ Sgt. Pepper’s Lonely Hearts Club Band - has achieved iconic status, but he continues to work prolifically from his London studio. Blake studied at Gravesend Technical College before attending the Royal College of Art. He subsequently taught there and at other institutions including St Martin's College. A major retrospective of his work, Now We Are 64 took place at the National Gallery in 1996 and at Tate Liverpool in 2007. In 2002 Sir Peter Blake was knighted for his services to art. Blake also posed as a significant source of inspiration to a number of his contemporaries including: Damien Hirst, Gavin Turk, Pure Evil and Tracey Emin.

Throughout his career, Sir Peter Blake has experimented with typography and ‘found letters’. Recent text pieces I Love You and Hope extend that pursuit and reflect a sentiment and warmth that is inherent throughout his practice. All titles available on Rise Art through My Life in Art  are strictly editioned prints, each signed and numbered by the artist.

The suites of prints in Four Decades include Blake's series of Appropriated Alphabets, Alice in Wonderland, The Butterfly Man (Homage to Damien Hirst) and Homage to Schwitters. Other highlights include prints from the Found Art series, screenprints from collage and portraits of musicians including Chuck Berry, Brian Wilson, Ian Dury, The Everly Brothers and The Clash. The show covers the diversity and dexterity of Blake's practice as an artist working in print across the last four decades.

DID YOU ENJOY THIS ARTICLE? WELL THERE'S MORE. REGISTER HERE TO RECEIVE OUR WEEKLY NEWSLETTER INFORMING YOU OF THE BEST NEW ARTISTS, WORK AND JUST GENERAL INTERESTING OR INSPIRING HAPPENINGS THAT OCCUR IN THE CONTEMPORARY ART WORLD. 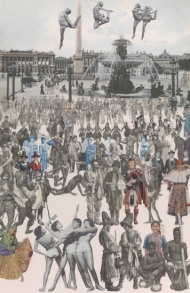 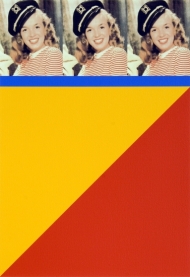 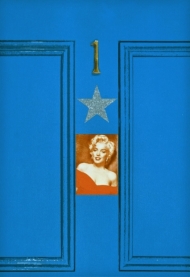