Is Art Basel the most important contemporary art fair in the world? Yes. Does its December home in Miami Beach morph it into one big art party: Yes, and yes again. Now in its 11th year, Art Basel Miami Beach fuses institutional–grade artworks and projects with a joie de vivre which only a vibrant, tropical setting like the Magic City can offer. However, this year’s fair possessed a vibe less frantic and less flamboyant than in years past, with dealers and critics noting how collectors carefully sifted through over 300 galleries to seek out works which held intellectual and investment value versus manufactured hype.

A satellite art fair channels crowds gathering for the main event, drawing them into experiences that are less expensive, less intellectually accessible and/or (though not always) less pretentious. The newest presence helmed by Miami–based curator Omar Lopez–Chahoud, Untitled, quickly became the word on the lips of those frequenting the Swiss juggernaut asking that perennial question, ‘what else is good here?’ Its most impressive project was the New York–based collaborative called The Skull Sessions (founded by Andrea Galvani and Tim Hyde). Visitors discovered Alice Miceli’s buried and resurrected rayographs from Chernobyl; Saul Melman’s performances (one, photographs previously taken of his gilding MoMa PS1’s subterranean furnace, and the other arranging horse skin parchment bricks live within the gallery’s booth); Galvani’s clandestine habitation of a rocky area on the island of Corsica; and Hyde’s manipulated photographs of a person seemingly shifting the sky into moveable panels above a parking lot. The capabilities and semantics of organic bodies, and how time inhibits or facilitates their potential was the key.

Honourable mentions include Miami–based Bhakti Baxter’s inspired installation for Federica Schiavo Gallery and Yelena Popova’s array of gentle, geometric canvases from COLE London. Non–profit foundation Artadia awarded New Yorker Margaret Lee a $4,000 US prize as the fair’s breakout artist; her works presented as telephones surrounded by, or made from, food items. Exceeding all expectations, the works at NADA were engagingly fun and well–informed without being aggressive towards the potential art world–newcomer.

While cash wasn’t flying out of pockets as quickly as, say, four or even three years ago, galleries reported sales of important artists (motivated by intelligent financial and aesthetic decisions rather than achieving wannabe–celebrity status collector). The verdict? Brains triumphs over the obnoxiously bombastic. 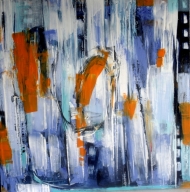 Fragments of Illusion by Michelle Hold 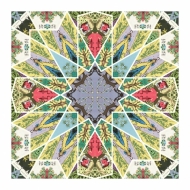