Rise Art is pleased to feature the editions of designer & printmaker Kristjana S. Williams. Her richly imaginative work, which has attracted the attentions of the V&A and Chanel among others, interweaves fragments of Victorian engraving with contemporary illustration and coloring.  Kristjana S. Williams sees symmetry in all living things, and as such creates fantastical creatures merging butterflies and parrots, and exotic plant-life where fern meets flower.

As a child, the stark landscapes of Iceland were transformed for her by tales told by her uncle that, “germinated into landscapes, creatures and wishful forests.”  This imagination flows through her work, which is injected with dramatic color and fantasy and crafted through a process that Kristjana likens to collage.  She conducts extensive research, incorporating design inspiration from objects in the V&A to her creative encounters on London’s fashion & design scenes as Creative Director of Beyond the Valley. The end product is an amalgam of her inspiration and imagination that takes shape in these beautiful prints.

Icelandic born and a graduate of Central St Martins, Kristjana's work spans the worlds of fashion, homeware and prints and has gained widespread critical acclaim. For the past 8 years she has been the Creative Director of Beyond The Valley, a fashion and design store in London's West End. Kristjana has recently been commissioned to create a large wall mural for Holland and Holland on Bruton Street and artwork for the Wilderness Festival 2011. Kristjana has also been working with the V&A on new large scale wall murals which were on display at the British Galleries as part of the London Design Festival. 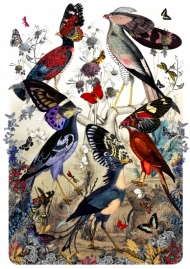 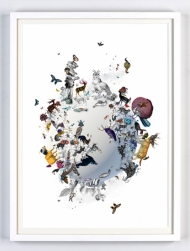 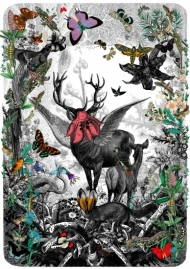