African contemporary art is certainly coming of age, underscored by the success of the recent 1:54 art fair in London.  It is a vast continent with a wide array of contemporary art but here are 5 African artists to keep an eye on, and to inspire some African collecting! 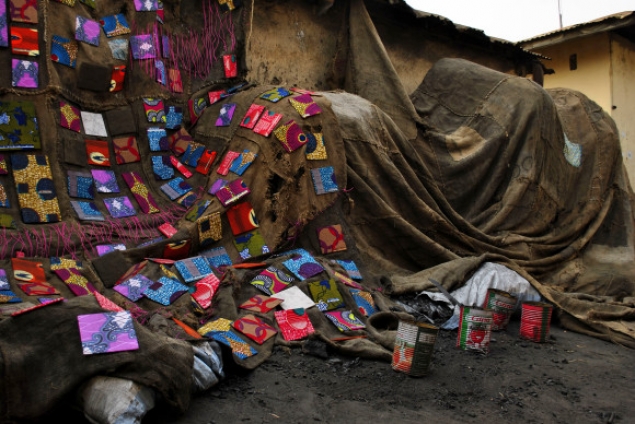 Ibrahim Mahama is a young Ghanaian artist who spoke eloquently at the 1:54 Forum about his large-scale burlap sack installations which he creates in marketplaces and abandoned railway bridges in Ghana.  He works closely with marketplace traders - many of whom are migrant workers - to discuss, negotiate and create these eyecatching and earthy installations.  Learning about the processes and socio-political interactions that he undergoes in order to produce each installation was amazing, and a good reminder that we in the ‘audience’ often forget about the process of art creation, focusing instead on the final object that is produced. 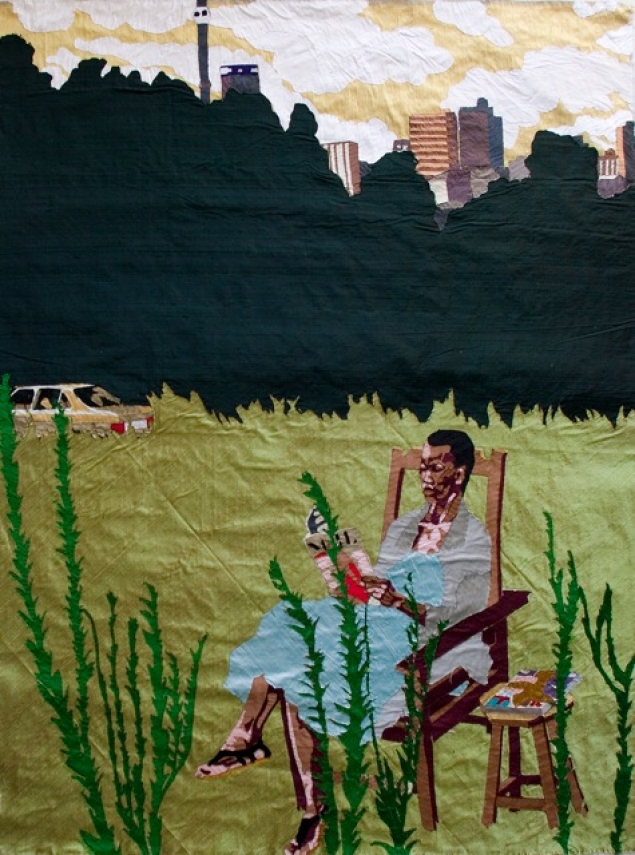 Billie Zangewa is a true southern African, born to Malawian and South African parents, and raised in Botswana and Malawi before studying in South Africa.  Her artistic medium is working with silk fabric sourced from around the world, a material that she describes as her companion, one which is ‘rich, like butter’. The narratives in her intricate and descriptive artworks begin with an emotion or idea, and she uses fabric to ask questions about identity and trauma, as as well as more positive emotions. 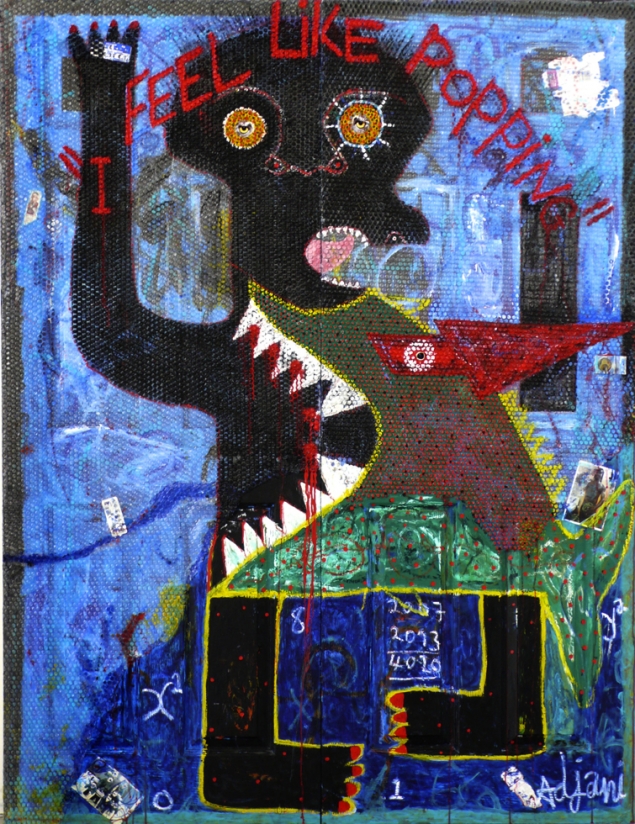 Born in Cameroon, Adjani Okpu-Egbe spent five years in the British Army before becoming a full time artist in London, and this experience has significantly influenced his Afro-expressionist art, which is autobiographical in nature.  He is known for his expressive semi-abstract paintings in powerful colours which speak to a wide variety of themes, including life’s fragility as well as mental health and depression. 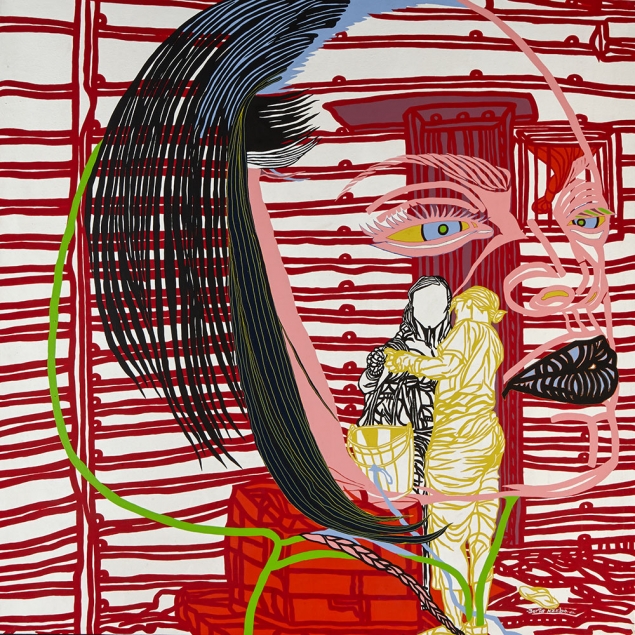 The work of painter Boris Nzebo’s is striking and distinctive.  His paintings have a neo-pop feel: they are bold, colourful and multilayered, bringing together the urban architectural landscapes of Douala, Cameroon with often-female portraits, usually wearing the elaborate traditional hairstyles of West Africa. Nzebo examines these hairstyles to ask questions about identity, behaviour and society. 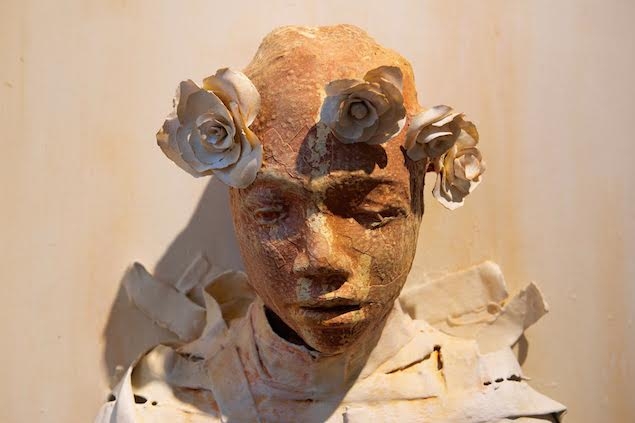 Already known for her engaging work with both fabric and gender, Nigerian artist Peju Alatise wooed the crowds at this year’s 1:54 fair with her impactful series of 90 painted canvases paying homage to Nigeria’s missing girls. Each of the ‘missing’ silhouettes highlights the patterns of traditional African print fabric.