The London Design Festival was an event conceived to showcase the latest British and international design talent. Now in its 11th year, the show is bigger than ever and showing no signs of slowing down. Plucked mainly from LDF's twitter feed, here's our top 10 most anticipated moments of London Design Festival 2014. 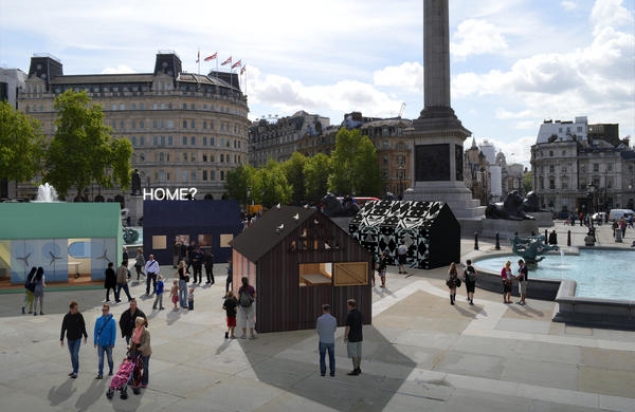 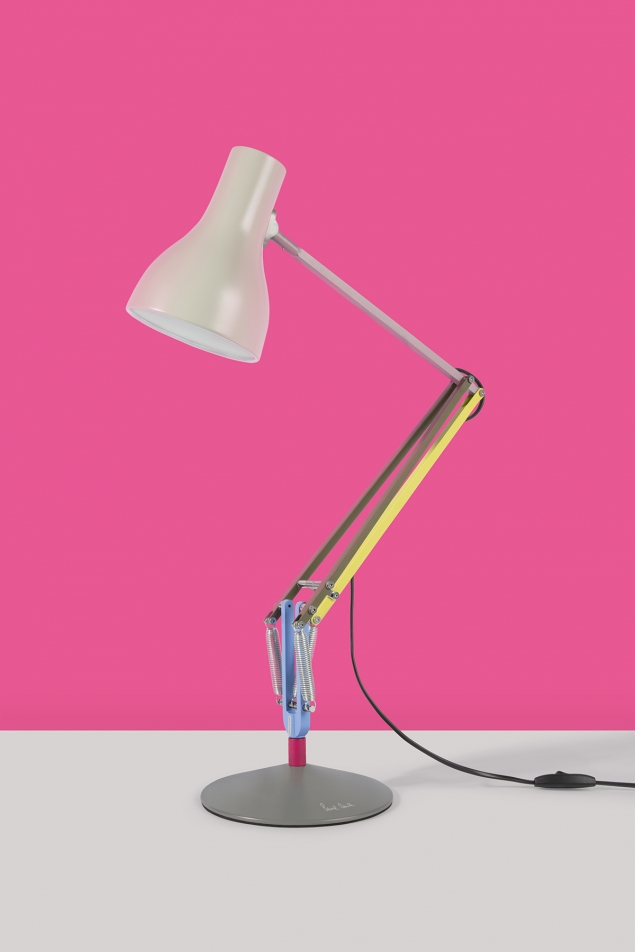 2. ANGLEPOISE + PAUL SMITH COLLABORATION, DESIGNJUNCTION, THE SORTING OFFICE
Partially biased, as we do share an office with this lovely lot, we're still definitely excited about this collaboration. A staple British brand whose design director’s career has covered more than half a century, Anglepoise’s Sir Kenneth Grange, has joined up with another jewel in the British design crown; Sir Paul Smith. The combination of the celebrated Paul Smith colours with the iconic Anglepoise design, married with the refreshingly affordable price tag, these two brands are sure to take the fair by storm. Here, you can find one of the original Anglepoise lamps, which will also be exhibited, styled with a Patricia Poullain geometric piece on our website. 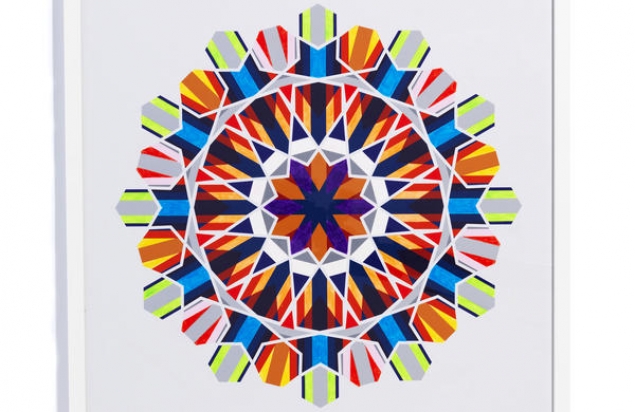 3. CAROUSEL WALL, TUNNEL ENTRANCE, V&A
Together, print and design studio from London, David David and manufacturer Johnson Tiles have collaborated to transform the tunnel entrance of the V&A into a kaleidoscopic display of bold colours and hypnotic patterns inspired by Islamic geometry. The design is also based on a piece by David David co-founder David Saunders, ‘Carousel’, a piece that, in 2011, was nominated for the Jameel Prize. 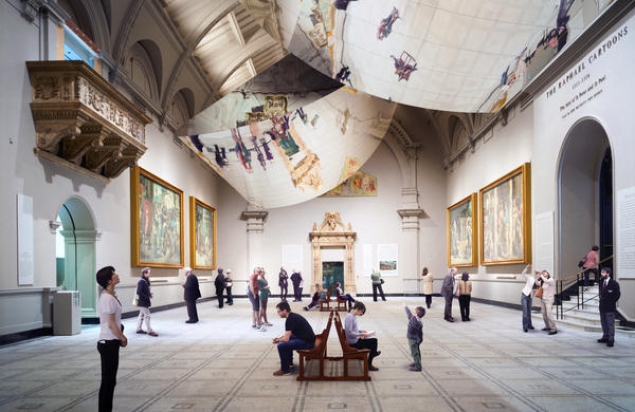 4. DOUBLE SPACE IN THE RAPHAEL GALLERY, V&A
Edward Barber and Jay Osgerby of the design duo Barber & Osgerby have created a moving sculpture for BMW held in the V&A’s Raphael Gallery. Using two huge reflective silver structures to mirror the architecture, viewers and Raphael’s epic Baroque paintings, the piece intends to distort these and, as the name suggests, creating a warped parallel of the viewer’s reality. 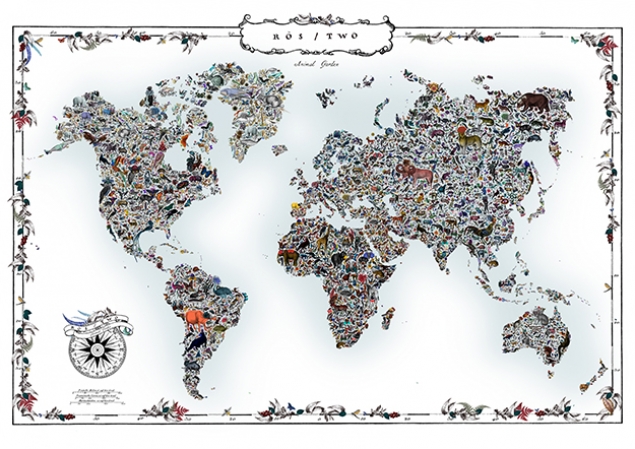 5. ART CARTOGRAPHY EXHIBITION AT THE MAP HOUSE
Hosted by London’s oldest antique map-sellers, The Map House, Kristjana S Williams showcases past and current works to also include, for the first time, works in three-dimension. Surrounded by six galleries of the highest quality maps, dating from the dawn of cartography to the 20th century, the contrast between these and Kristjana’s modern adaptations will surely be fascinating. Here, too, is Rise Art’s collection of map-based pieces. 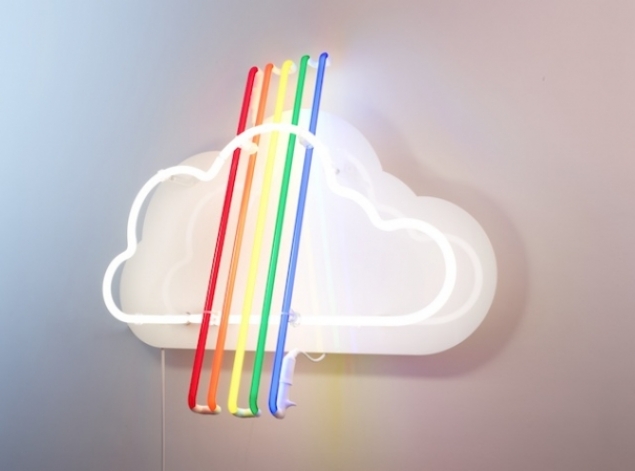 6. CANDELA IN THE TAPESTRIES GALLERY, V&A
Designer Felix de Pass, graphic designer Michael Montgomery and ceramicist Ian McIntyre together present a phosphorescent piece in one of the V&A’s darkest corners. As the face of the rotary machine revolves, it passes through a light source, then emitting the light as afterglow. This creates awareness in the viewer in the fading of the light and so the passing of time. 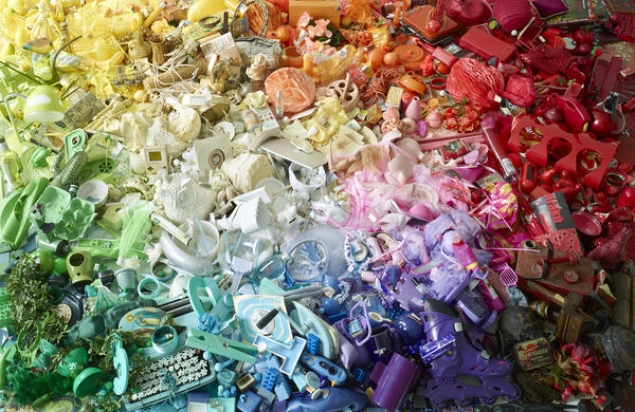 7. THE FIRST LAW OF KIPPLE, DAN TOBIN SMITH STUDIO, HAGGERSTON
This piece is based on Phillip K Dick’s literary imagining, ‘Kipple’, described as being the useless detritus that accumulates around us. In Dan Tobin Smith’s installation, this theory is paralleled with the 2nd Law of Thermodynamics; that all the universe’s heat flows from a hot state of order to one of cold disorder, thus predicting the end of the universe by heat. The installation is an arrangement of multi-coloured object of little or no use, arranged to flow from one colour to the next in a spread of rainbow colours. 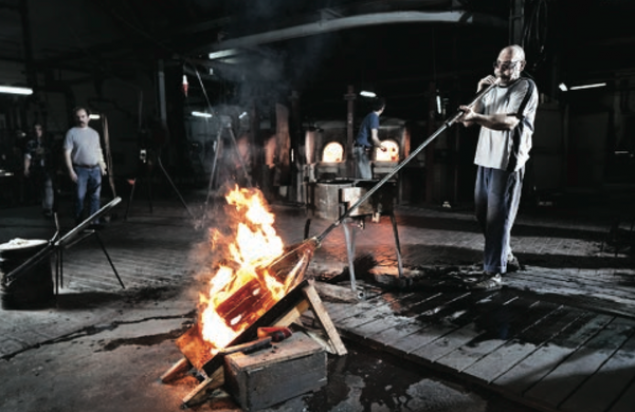 8. HUMAN NATURE BY JEREMY MAXWELL WINTREBERT, V&A
The matchless champagne house Perrier-Jouët is collaborating for the first time with London Design Festival working alongside Vessel Gallery, leaders in glass specialising. Parisian designer Jeremy Maxwell Wintrebert has been called upon to create a piece that will occupy the entrance of the Glass Galleries at the V&A. In his brief, Wintrebert has been asked to refer specifically to the Art Nouveau style; a style that has been linked to the champagne house since 1902 when the anemones were first painted on the bottle by Emile Gallé. 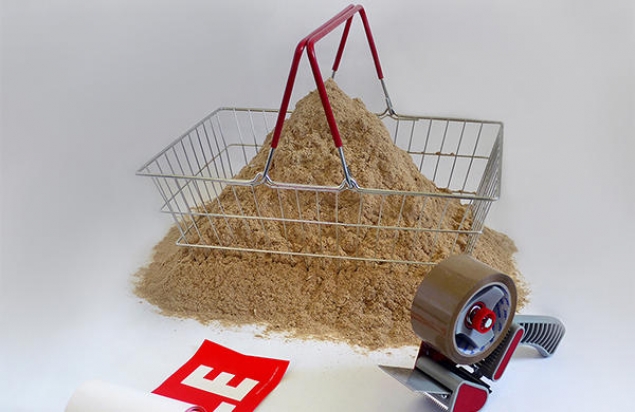 9. OUTLET, HOXTON GALLERY
Univeristy graduates have come together to create OUTLET, a showcasing of their design skills, ranging from homeware to furniture and electronics. All the works are product of extensive research, exploration of materials and interesting concepts, too. The exhibition will take place on the 11th to 17th September, with the private view on the 11th.

10. THE WISH LIST, BROMPTON DESIGN DISTRICT
The American Hardwood Export Council (AHEC) and Benchmark Furniture have brought together a brilliant list of architects and designers to create the exhibition The Wish List. This project is to include the collaboration of 10 design experts and 10 new designers with the aim of creating something they have always wanted but never been able to source, using only American hardwood.
Like this? Want more great art and design stories? Take our ART STYLE QUIZ and BECOME A MEMBER. It is free and you'll get access to the best new art from top Museums, Galleries and Artists.