Now is it Art, or is it advertising? As put by the LA times, the celebrity and pop-culture infused art of Richard Phillips hasn't won him many fans amongst serious art critics. Yet his new installation, a collaboration with pop-pinnacle, Playboy is definitely a cut upon the landscape. But is the audacity of the piece - in itself - a creative form? Or is it merely an advertising eye-saw and one in which, as suggested by the Texas department of Transportation, is in fact illegal. At Manchester's Do it festival, visitors comply with instructions left for them by artists such as Ai Weiwei and Elaine Sturtevant. An example of audience participation in its most embryonic form, the absent artists have their followers: start a rumour, repent, maybe invite a stranger home for breakfast? Either way it looks like a lot of fun. 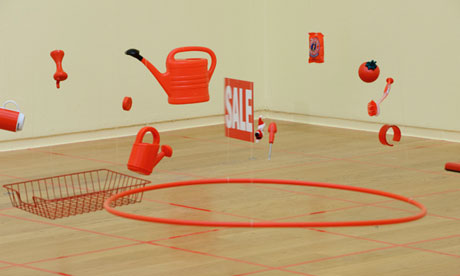 Manchester's Do it festival 2013

Turner prize winner Jeremy Deller, will transport Sacrilege, his blow up version of Stonehenge to the Queen Elizabeth Olympic Park for the Open-East festival and as tribute to the one-year anniversary of London 2012. 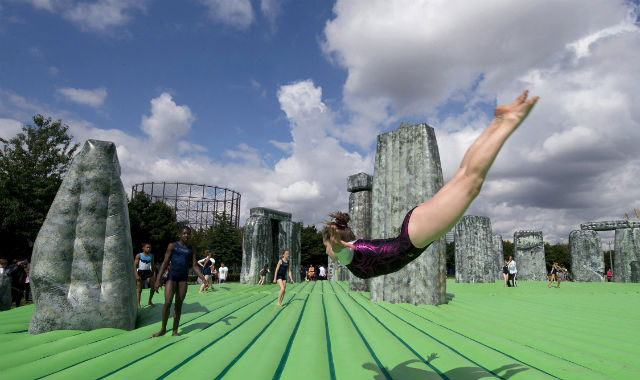 Indian artist, Nikhil Chopra painted for an exasperating 65 hours to mark the opening of the biennial Manchester Interational Festival. His piece, Coal on Cotton, saw Chopra use charcoal to inscribe an intricate landscape onto one wall of the marquee. The piece was an exploration into Manchester's industrial and historical bonds with India. Nikhil Chopra during his 65 hour performance: Coal on Cotton Is it Art? Youtube says yes to one, no to the other.

Well, in the words of Andy Warhol, Art is anything you can get away with, right?

If you enjoyed this article, click like at the top of the page. and if you fancy it, take our ART STYLE QUIZ! it's fun and totally free.