Dave White’s paintings are both instantly recognisable and viscerally unique. Following on from the great and enduring animal artworks created throughout history, the artist's work exists to capture a new type of realism.

The tradition of depicting animals in art typically conjures up images of Stubbs’s Whistlejacket, Fabritious’s The Goldfinch or even Hirst’s Pickled Animals series. Dedicated to conveying realism and expressing the spirit of a being, these pieces have become integral to the artistic practice of representing the living. 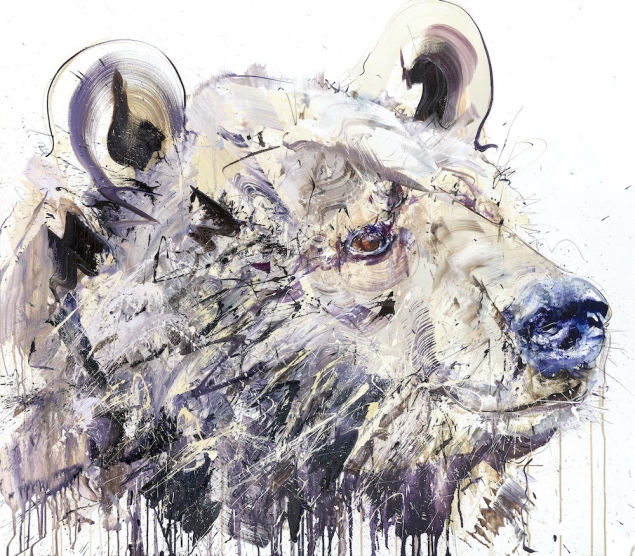 Dave’s mixed-media work demonstrates a new means of capturing realism. Accuracy in style and precision in tone are replaced with an unflinching attention to character. His occupation with realism is an occupation with creating an atmosphere and injecting each of his subjects with a unique temperament.

Neither following a trend, nor rejecting the traditions of animal portraiture, Dave’s approach makes for paintings that are intimate and evocative. Whether drawing focus to the majesty of endangered species or paying homage to animals that are often overlooked, he’s committed to capturing the essence of each and every being he depicts.

Dave’s combination of Realism and Expressionism works to create art that is energetic yet still. The iconic Silverback VII exemplifies his amalgamation of styles, and in doing so forms a captivating and dynamic portrait of a gorilla. From the use of thick and decisive marks, to the more spontaneous flickers that frame the gorilla’s face, he creates a clear direction with this piece. The artist alters his mark-making to correspond with his subject, as broad, loose strokes become more intricate towards the animal’s eyes. This subtle direction draws the viewer into the captivating eyes, forming the true focal point of the painting. This technique not only instils vitality in the gorilla, thus forming character, it also creates a strong sense of intimacy between the gorilla’s gaze and the viewer. 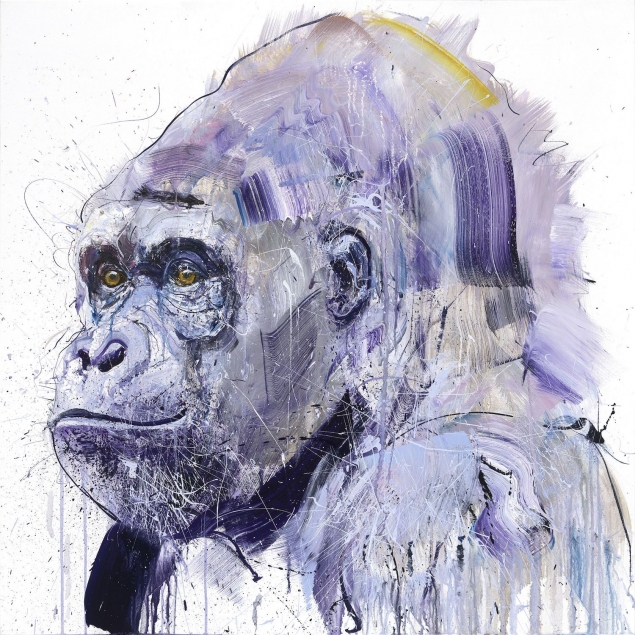 Though often varying in perspective, scale and detail, his paintings are united by a sense of uninterrupted focus. Whether dealing with a zoomed-in profile of a Grizzly Bear or depicting the elegant shape of a Flamingo, Dave singles out the subject matter to form a clear and uncontaminated focus in each of his paintings.

Aided by the blank space that surrounds each of the animals, he brings his subjects to the very forefront of each piece. Unlike many other contemporary animal paintings, there is an absence of background and surrounding context, which works to confront the viewer with the starkness of the animal.

The Evolution of Dave’s paintings

From collaborations with Nike to partnerships with Christies for various charity auctions, Dave’s breadth of work embodies the span of contemporary animal art.

The artist was a crucial figure in pioneering the ‘Sneaker Art’ movement back in 2002, where he created sneaker paintings in order to immortalise objects that were typically seen as disposable, rather than viewed or admired. From this point on, he’s has remained one of most influential sneaker artists, recently showing alongside the likes of Takashi Murakami, Daniel Arsham and Damien Hirst at Phillips Hong Kong’s Tongue + Chic exhibition. 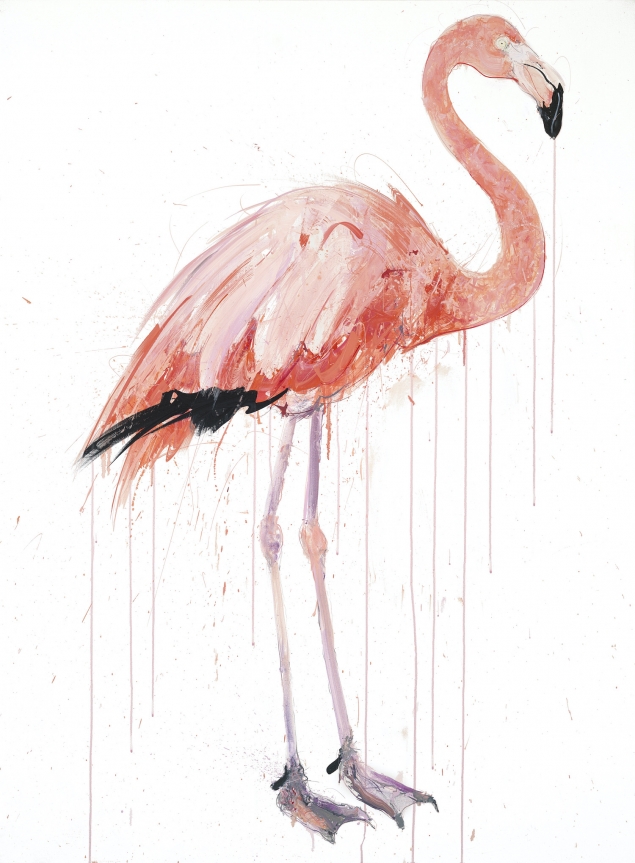 Since then, the artist’s style has expanded to an exploration of animals. His seminal 2012 collection Natural Selection established Dave as an artist with a message. His powerful and delicate paintings explore the beauty of animals whilst shining a light on their vulnerability.

Leading on from this collection you can see a shift his focus as he looked closer to home for inspiration. His subsequent series Albion delved into the heritage of Britain, and highlighted endangered wildlife often taken for granted. Punctuated by autumnal colours and still very much adhering to his signature expressive style, the success of *Albion* cemented Dave’s status as an international artist.

Today Dave is still as prolific as ever, exercising his ever-evolving style. He continues to work across a vast selection of materials and media to create art that encourages the viewer to look beyond the image.

The Environmental crisis and Animal art

For too long animal art has been viewed as a genre that treads the balance between the aesthetically idealised and the overly sentimental. The subject of endangered species is a complicated one to approach without falling into the latter. But his portrayal of animals reacts against this categorisation and in doing so, paves the way for a new way of appreciation of animal art.

Running alongside the global shift in mind-set regarding our collective environmental awareness, the artist creates images that expose rawness without becoming overly romanticised. For instance, Tiger reveals a transient moment in which the tiger is moving. Dave has not emotionally appealed to the viewer, instead he has invited the viewer in and infused his subject with life and vigour, almost making the tiger seem tangible.

Dave reimagines animals throughout his art. He elevates them whilst simultaneously capturing a likeness. By underlining their presence and conveying realism through character, Dave’s work encapsulates the constant wonder that animals evoke. 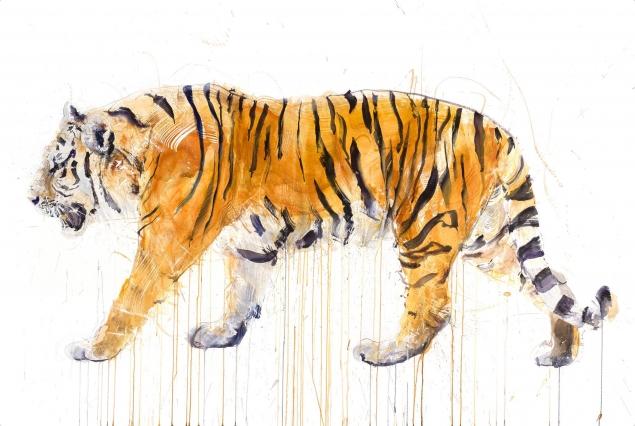